From "The Jetsons" to "Chitty Chitty Bang Bang," flying cars have long captured humans' imagination. While several futuristic projects are under way in different countries, a Dutch design may be the first one to sell cars soaring through the skies.

After years of testing, the PAL-V company aims to pip its competitors to the post. It is poised to start production on what they bill as a world first: a three-wheeled gyrocopter-type vehicle that can carry two people and will be certified for use on the roads and in the skies.

The gyrocopter is a type of rotorcraft that uses a rotor in autorotation to maintain lift with an engine-powered propeller to provide thrust. 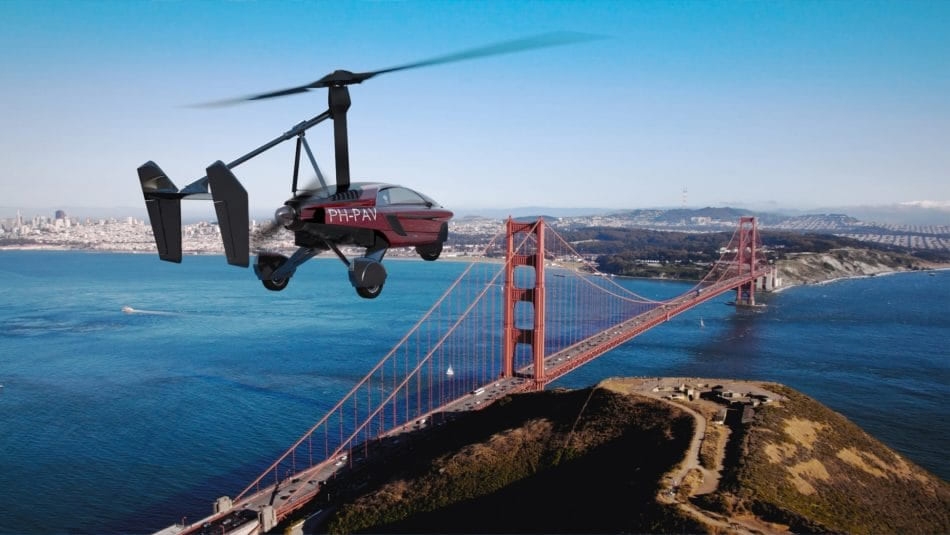 "This kind of dream has been around for 100 years now. When the first airplane was invented people already thought ‘How can I make that drivable on the road?'," chief marketing officer Markus Hess told AFP. The PAL-V (Personal Air and Land Vehicle) firm, based in Raamsdonksveer in the Netherlands, is aiming to deliver its first flying car to its first customer by the end of 2018.

The lucky owner will need both a driving licence and a pilot's licence. But with the keys in hand, the owner will be able to drive to an airfield for the short take-off, and after landing elsewhere drive to the destination in a "door-to-door" experience.

Different versions of a flying car are being developed in China, the Czech Republic, Slovakia, Japan and the United States. But final assembly on the PAL-V will start in October, with the company seeking to be the first to go into commercial production.

No falling from sky

PAL-V  was founded in 2007 by Robert Dingemanse and pilot John Bakker. "In the beginning it was, let's make a gyrocopter drivable," said Hess. But the company, which has some 40 to 50 employees, realized the weight and length of a gyrocopter's blades gave the vehicle a high center of gravity when driving, especially taking corners. 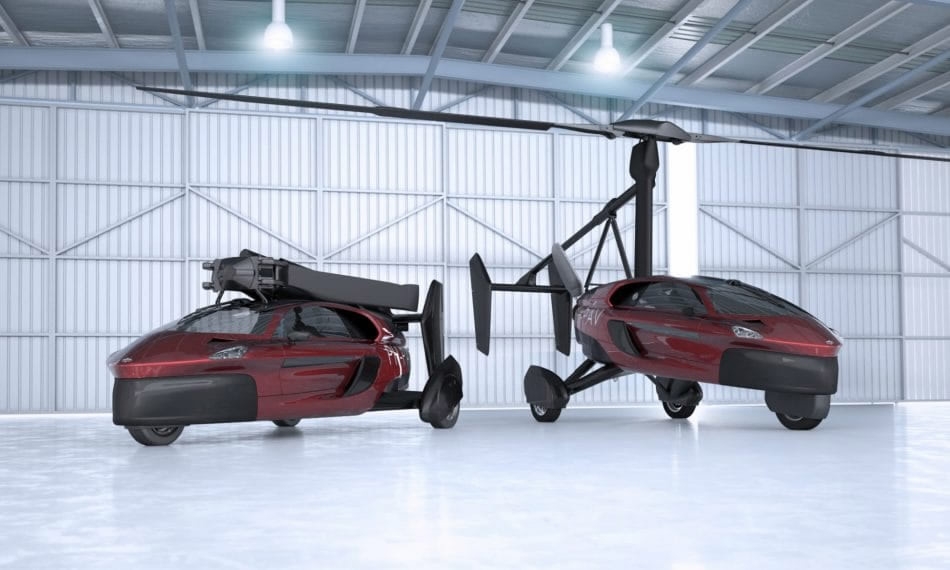 The blades of the car can fold down and gather like a bat's wings on the top to lower the center of gravity when driving. / www.pal-v.com

They have designed the car so at the flick of a button the blades fold down and gather like a bat's wings on the top. And they have incorporated into the car a 2005 breakthrough – when the Dutch company Carver invented a tilting system for three-wheelers – to counter the high center of gravity and make it roadworthy.

The company insists the PAL-V is not a helicopter, in which the blades are powered by an engine. It is a gyroplane, in which the blades rotate thanks to airflow. Even if both engines cut out, the blades will still turn, so "even if you go at zero speed it still keeps rotating and you are not going to drop out of the sky," said Hess.

A huge market for gyrocopters in China

Gyrocopters are growing into a lucrative business in China as local manufacturers are turning to popular live streaming platforms for self-promotion, according to a recent report by Beijing News. 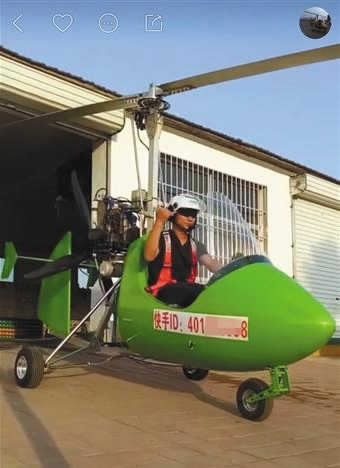 A self-promoter showcases an autogiro he manufactured in an online live broadcast. / Kuaishou Photo

Xie Baogang manufactures gyrocopters and has amassed more than 250,000 fans on popular live-streaming platform Kuaishou after uploading more than 300 videos showing people flying self-assembled crafts, many of whom are eager to acquire one of their own. Having operated this business for seven years, he produced components of the aircraft in a personal workshop in east China's Shandong Province and sold them to clients online at a price over 130,000 yuan (22,000 US dollars) each. Several other online streaming accounts are offering similar services, the report noted.

However, neither the sellers nor the buyer have obtained licenses for their activity – making their operations and transactions illegal. In China, a certificate of airworthiness from the country's Civil Aviation Administration is required to manufacture and purchase any aircraft.