Why is the ‘Belt and Road’ initiative important?
BUSINESS
By Deng Junfang

The “Belt and Road” has been a buzzword in Chinese politics as well as among academics in recent years. The initiative is tipped to fuel the future development of the Asian powerhouse.
So what exactly makes it important?
The Belt, or Silk Road Economic Belt, was officially announced during the Chinese President Xi Jinping's visit to Kazakhstan in September 2013. In a speech at the Nazarbayev University in the capital Astana, Xi recalled the 2,000-plus-year history of exchanges between China and Central Asia along the ancient Silk Road – a network of trade routes established during the Han Dynasty for commerce and cultural exchanges between China and the West through. He pointed out that the Silk Road is a solid proof that peaceful cooperation between countries with differences in race, belief and cultural background is possible.
Xi, inspired by the benefits of the bygone route, proposed its revival, ushering a new era of all-win cooperation and common development in the realm of international relations.
The Silk Road Economic Belt was conceived. 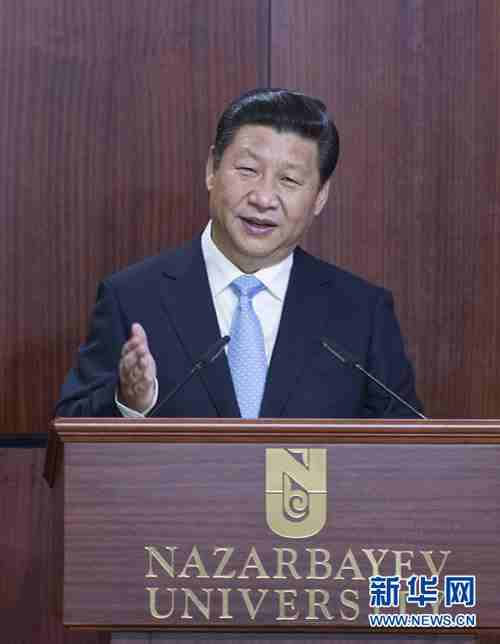 Xi Jinping speaks at Nazarbayev University in Kazakhstan in September, 2013. /Xinhua Photo
The other half of the initiative is the Road, or the 21st-Century Maritime Silk Road. It was inaugurated during Xi's speech at the Indonesian Parliament in October of the same year, to promote maritime cooperation. 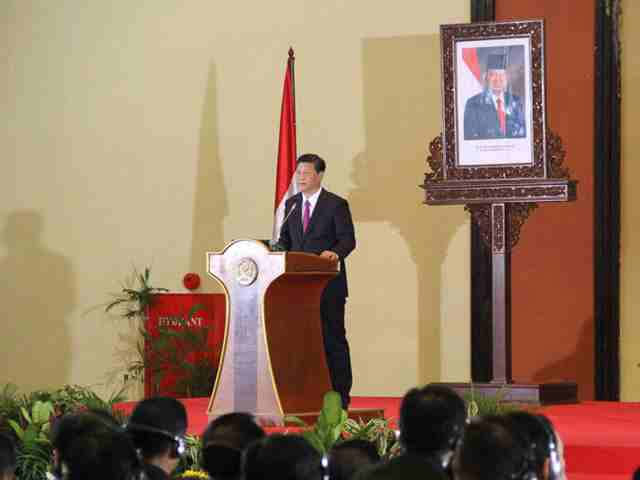 Xi speaks at Indonesian Parliament in October, 2013. /Ministry of Commerce
The Belt and Road initiative is a strategic vision with regional connectivity and economic integration as its main pillars.
But why does China think that economic cooperation is crucial for itself and other countries along the ancient Silk Road?
One researcher, Liu Huaqin, a sociology professor at Zhou Enlai School of Government at Nankai University in the northern coastal city of Tianjin, explained the importance of the initiative from international and domestic angles. 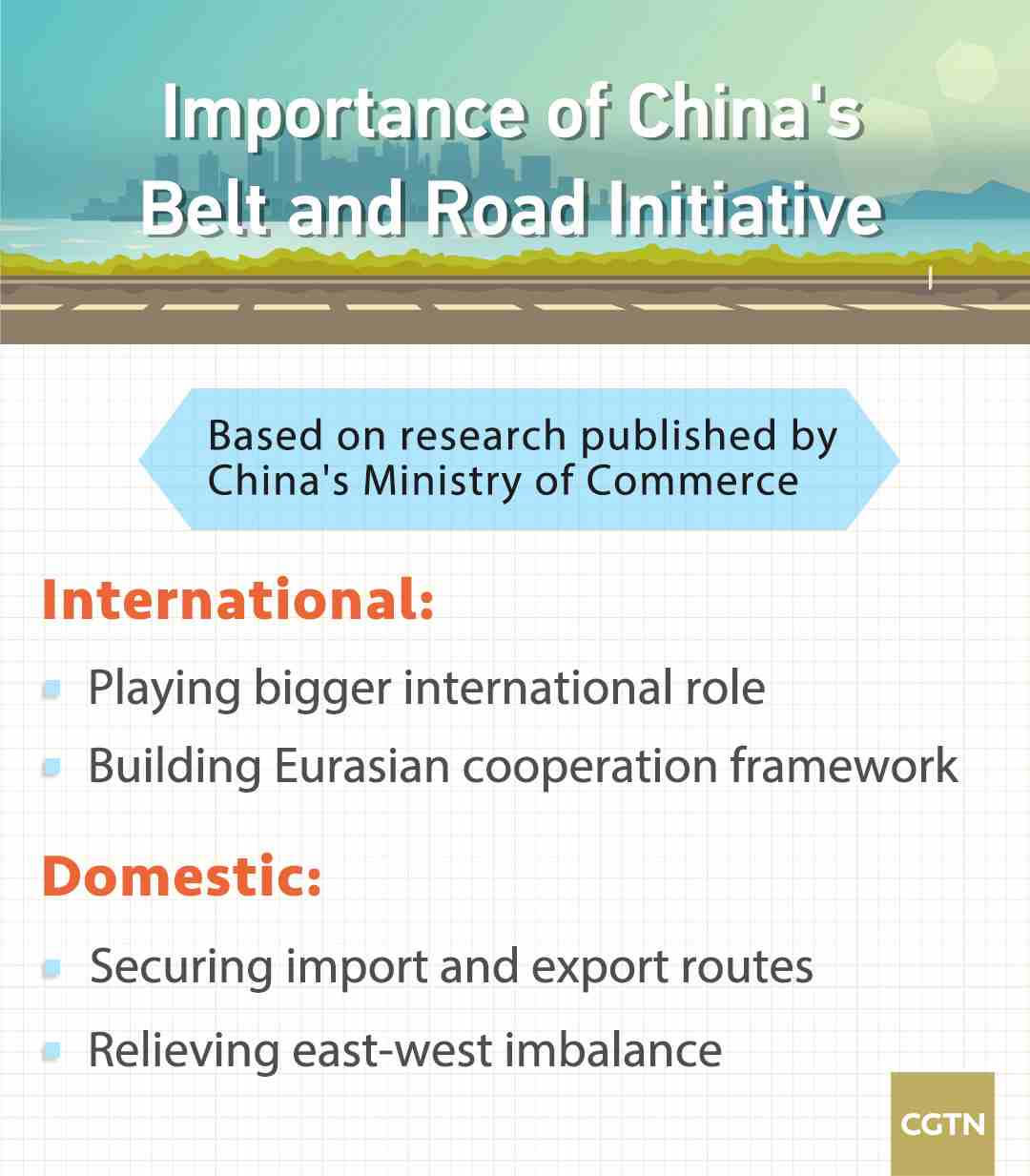 Liu Huaqin’s analysis of the importance of Belt and Road / CGTN Picture
As the world catches its breath following the global financial crisis in 2008, a new international order is taking shape with more participation from emerging economies, including China – the world’s second largest economy.
With over 120 countries around the world enjoying deep trade relations with China, the initiative presents a chance for China to play a bigger role in the world economic development.
Leading world economies are trying to forge larger international cooperation frameworks, the Belt and Road is China's attempt in the Eurasian area, according to Liu.
China also wants to secure its trade routes by diversifying transportation ways for its imports and exports.
In 2014, China’s annual report on national security rang the alarm on the country’s heavy dependence on the Strait of Malacca, a waterway running between Indonesia, Malaysia and Singapore. The report said 80 percent of China's imported oil shipments pass through the strait, which is controlled by foreign countries, and recommended China build more inland oil pipelines to reduce its reliance on the body of water. 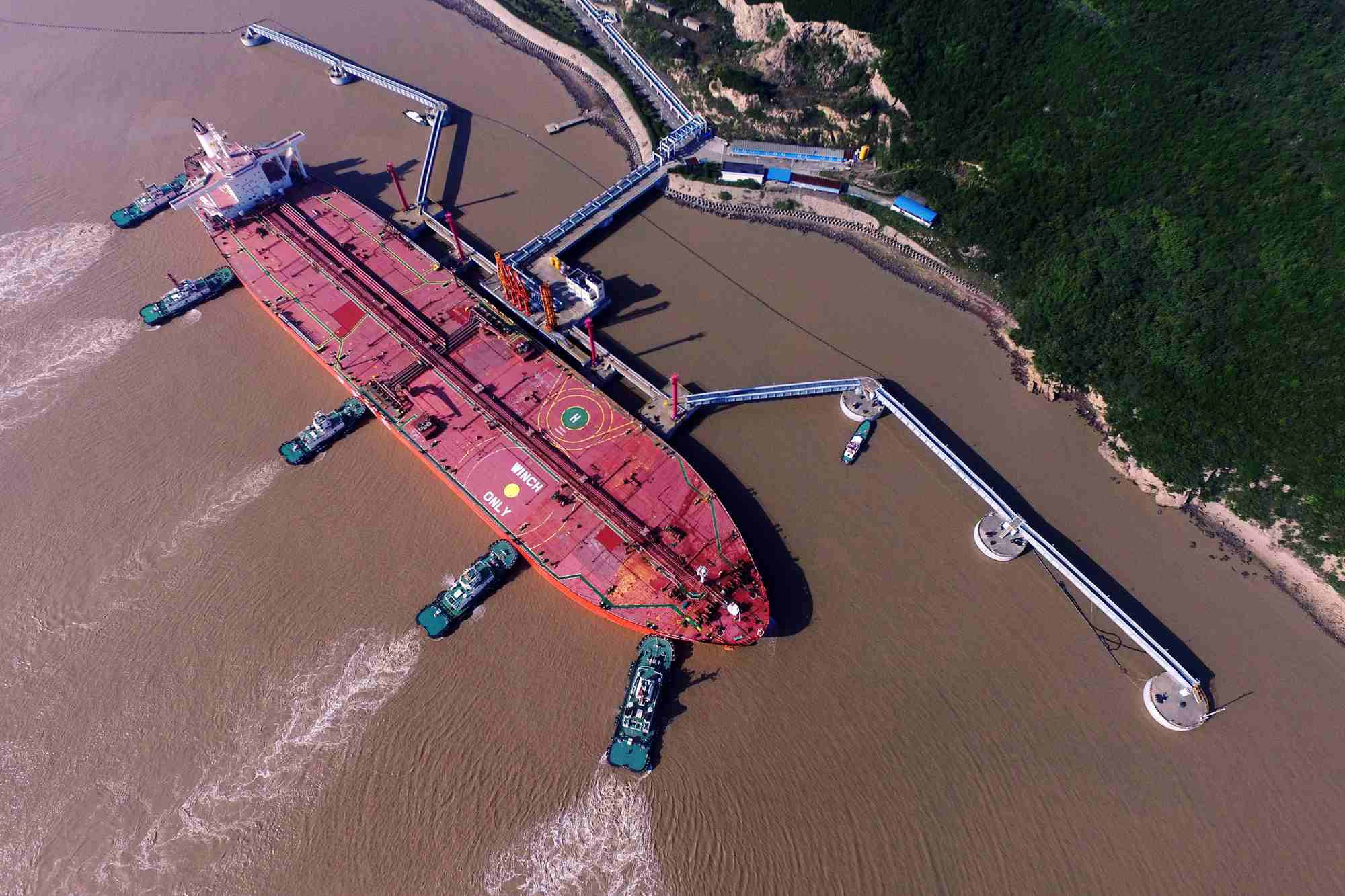 A foreign oil tanker docks in eastern China's Zhejiang on November 11, 2016. /CFP Photo
China also has long been dogged with economical imbalance between its eastern and western regions. The “develop the west” strategy was initiated in 2000 with the aim of helping less-developed areas of western China catch up with the flourishing eastern regions, however disparity persists still. According to Premier Li Keqiang's article on deepening China's economic reform in May 2014, which was published in the Qiushi - the Communist Party of China's journal, the eastern province of Shandong contributed more to GDP growth than seven western provinces combined in 2013.
The country’s attempts to inject impetus in the west’s development through transformation, upgrading and infrastructure construction, according to China’s 13th Five-Year (2016-2020) Plan, meshes well with the proposed Belt and Road initiative as the route snakes through the western part of China, according to Liu.
(Story by Gong Zhe)
Copyright © 2017