A Dutch designer aims to tackle China's smog problems by fitting ofo's fleet of sharing bikes with devices that suck up pollution and purify the air.

His Rotterdam-based company, Studio Roosegaarde, has signed an exclusive partnership with ofo and Chinese design platform TEZIGN to develop the new smog-eating bike.

The ofo collaboration is the next step in Roosegarde’s ongoing Smog Free Project, which has already had some success in China since his signature Smog Free Tower was unveiled in 2015.

Roosegaarde says this system is the only way to capture harmful PM2.5 and PM10 particles which traditional filters can't effectively do. 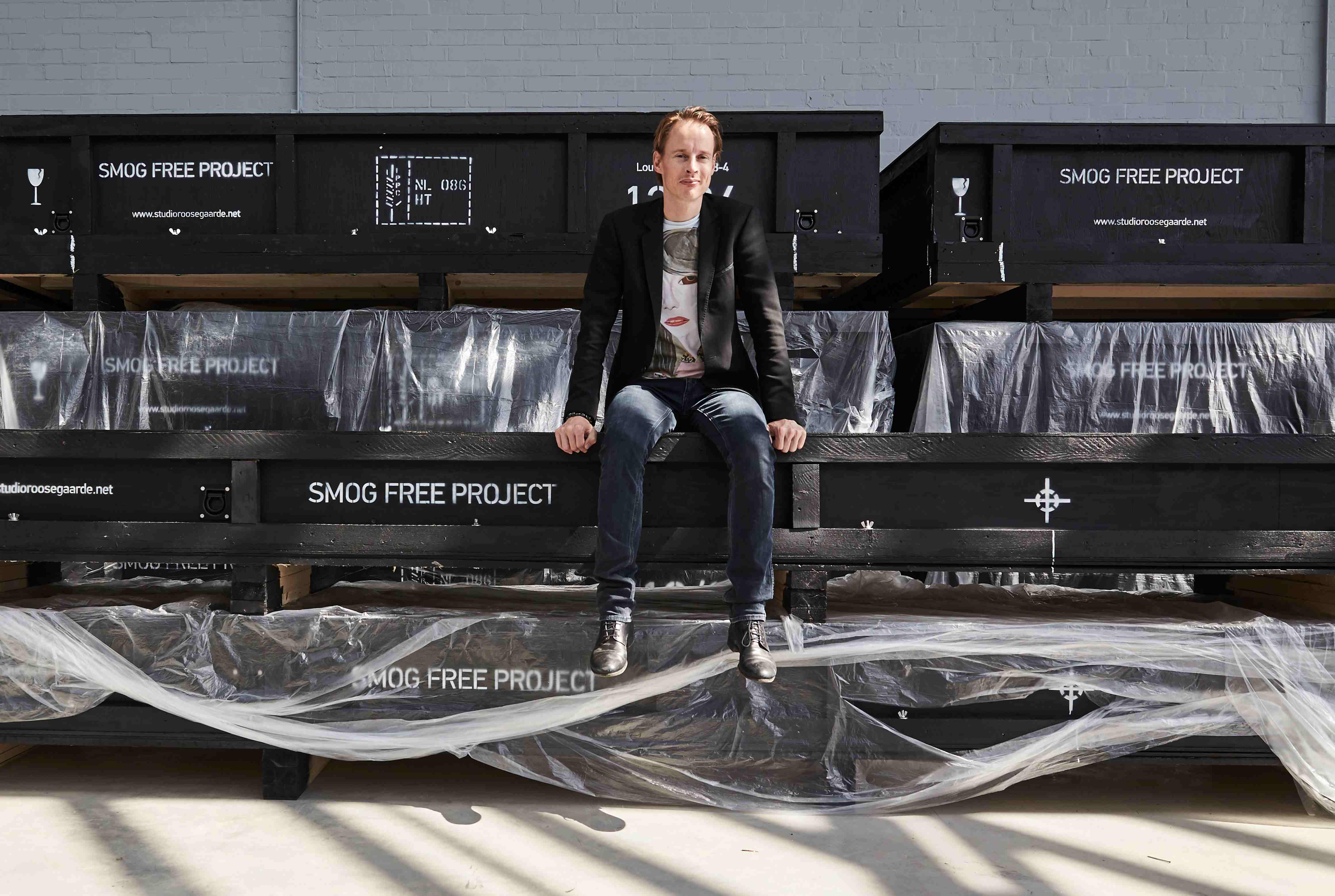 “This is the only way to capture smog particles in a safe, low energy, large volume way,” Roosegarde told CGTN, “The tower, which sucks up 30,000 cubic meters per hour, uses 1,100 watts which is the same as a water boiler in your home. So very little power. We are now researching to apply this principle on the bicycle.”

The Smog Free Towers have been installed in parks in Beijing and Tianjin in collaboration with central government and their scientific impact has been validated by the University of Eindhoven.

Roosegarde said a value shift among his Chinese friends added to this enthusiasm to launch the Smog Free Bike project and enable people to play a greater role in cleaning up the air. 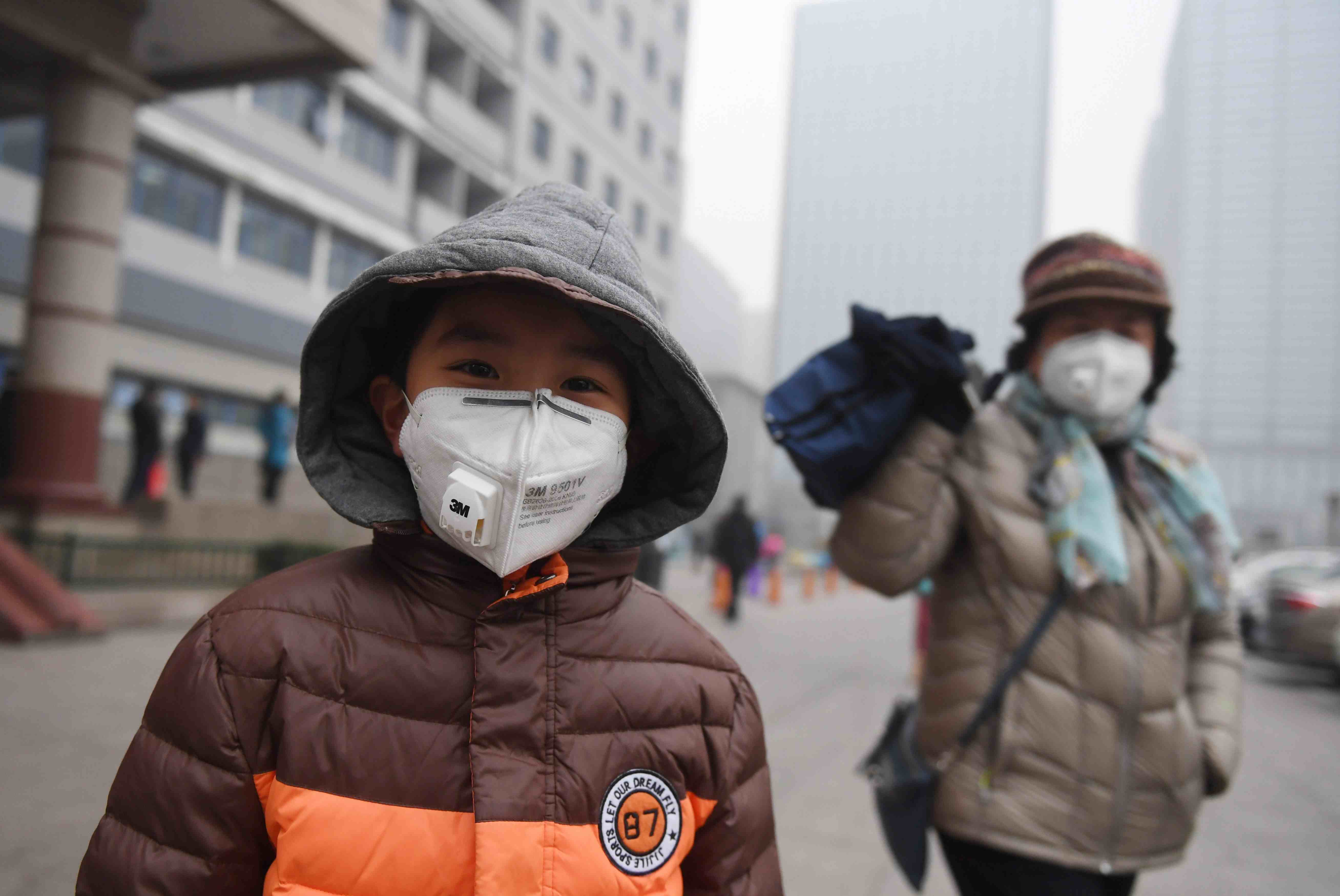 “My friends in China, they don't care about Rolex and Louis Vuitton and Ferrari anymore,” he said, “They want clean energy, clean air, clean water. It's interesting to see how a new generation has a completely different value system than the generations before.”

The smog-eating bicycles are still just a design concept at the moment but will use the same technology the Dutch designer developed for his "green" towers.

A screen is expected to be fitted to the bike's handlebars that absorbs surrounding dirty air and purifies it, powered by the cyclist pedaling.

Roosegarde aims to have a prototype ready by the end of the year and his design team is also looking at ways they can adapt ofo’s existing fleet of bikes. 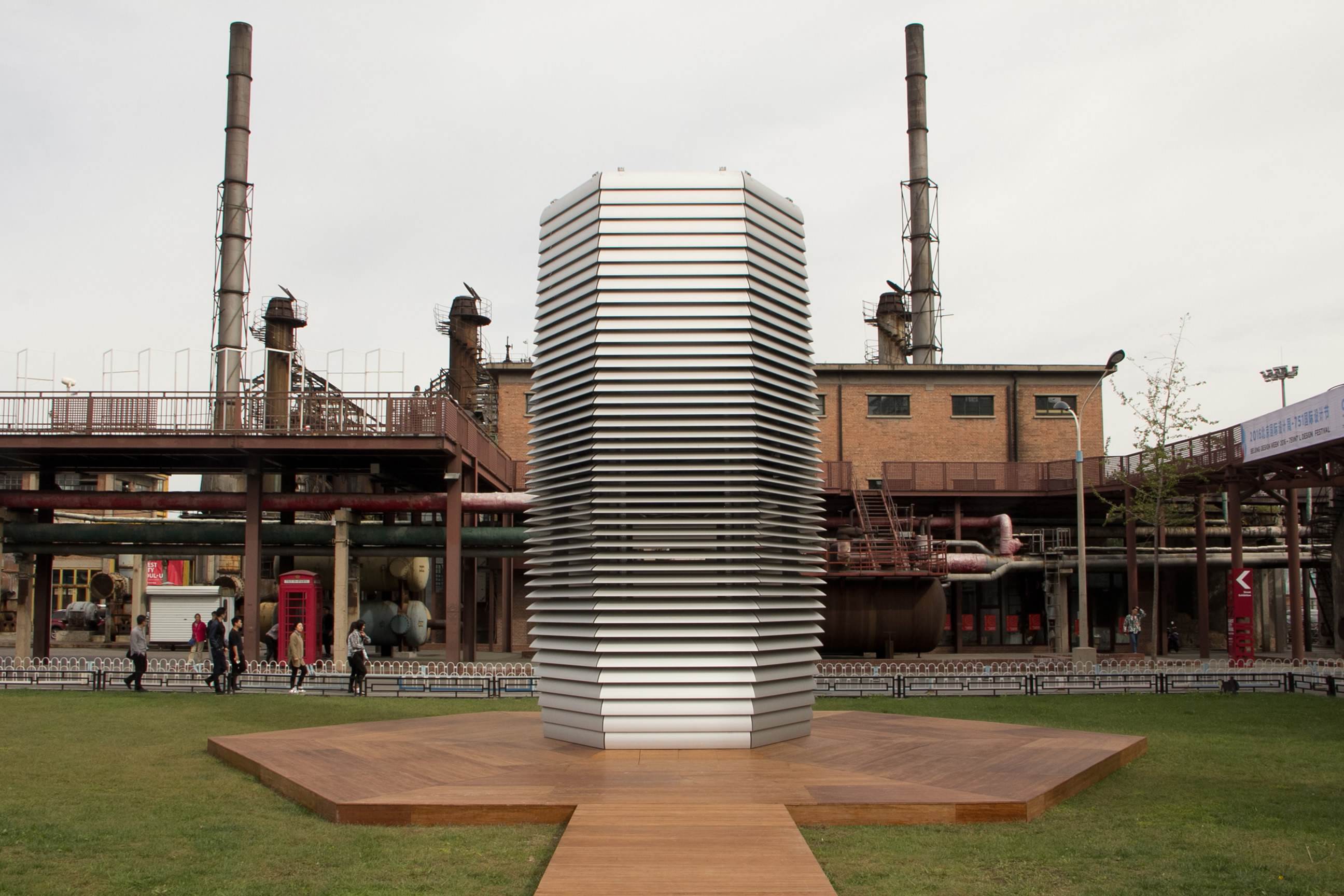 A Smog Free Tower pumping out clean air at a park in Beijing. /Derrick Wang Photo

The aim is then to make a package proposal to local authorities across China which would see a number of towers and bikes made available with the aim of reducing air pollution by between five and 15 percent in the short term.

But he is a realist and knows that the towers and the bikes – once they hit the streets – won’t be the solution to China’s smog problems as a whole.

“Will one tower solve all the problems in Beijing? No. Will the smog free bicycle clean up all the pollution in the city? Of course not. But these are very important, bottom-up approaches where we step by step innovate to have a better life. And you will see more designs like this coming from our studio in collaboration with the Chinese people to improve the lives of city people,” he said.