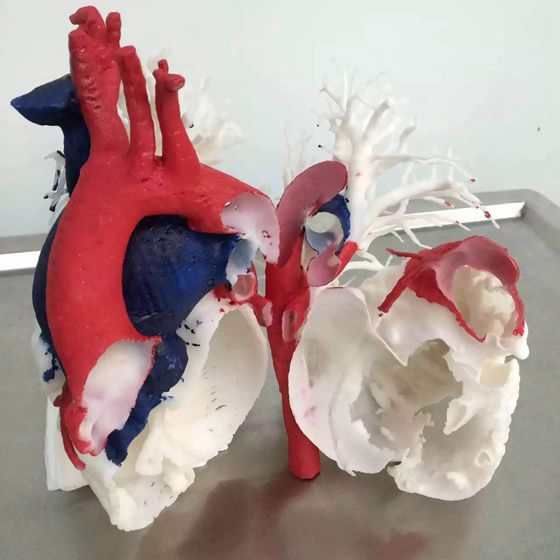 The Xiangya Hospital of Central South University in China’s Hunan Province has produced a replica of an adult patient’s heart using 3D printing technology in May 2016. /Photo via Xiangya.com.cn 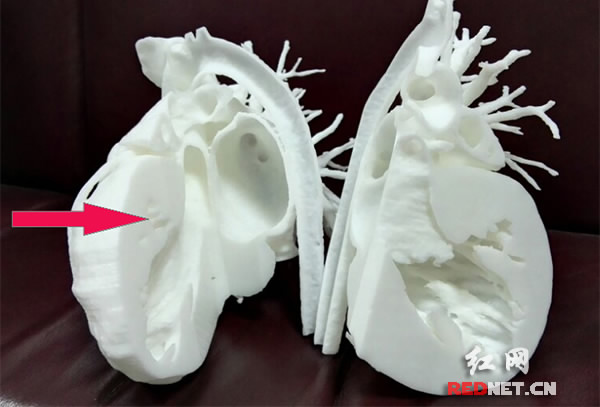 The Second Xiangya Hospital of Central South University in China’s Hunan Province uses a 3D printer to produce a 1:1 replica of a child patient's heart. /Photo via Rednet.cn
Yang said the left ventricle is responsible for pumping oxygenated blood to tissues all over the body. Symptoms of left ventricular outflow tract obstruction include shortness of breath, sensation of rapid, fluttering heartbeats during exercise, chest pain, and fainting.
In either of the two cases, because of the complexity involved, doctors decided to use a 3D printer to produce a 1:1 replica of the patient's heart. The model allows doctors to carefully study the disease and plan their surgery, Yang said.
It was the first time that 3D printing technology was used in Hunan for pediatric cardiovascular surgery. It proved quite successful and the two patients were recovering well, Yang added.
3D printing is being embraced by doctors in China's major hospitals for surgeries and training, as the technology greatly improves surgery precision and helps doctors discuss the ailment with their colleagues and sometimes their patients.
(Source: Xinhua)
1345km
Copyright © 2017