The latest version of Counter Strike (CS), one of the most popular PC games in history, has landed in China, and officials are eager to crack down on any possible cheating.
Chinese gamers who plan to play CS Global Offense (GO) will have to register using their personal ID numbers. Any cheating may have serious implications in real life, particularly on one's finances.
CS is a first-person shooter (FPS) game where users play on teams to shoot guns at each other. Accuracy is critical, as shots to different parts of an opponent’s body cause different types of damage. 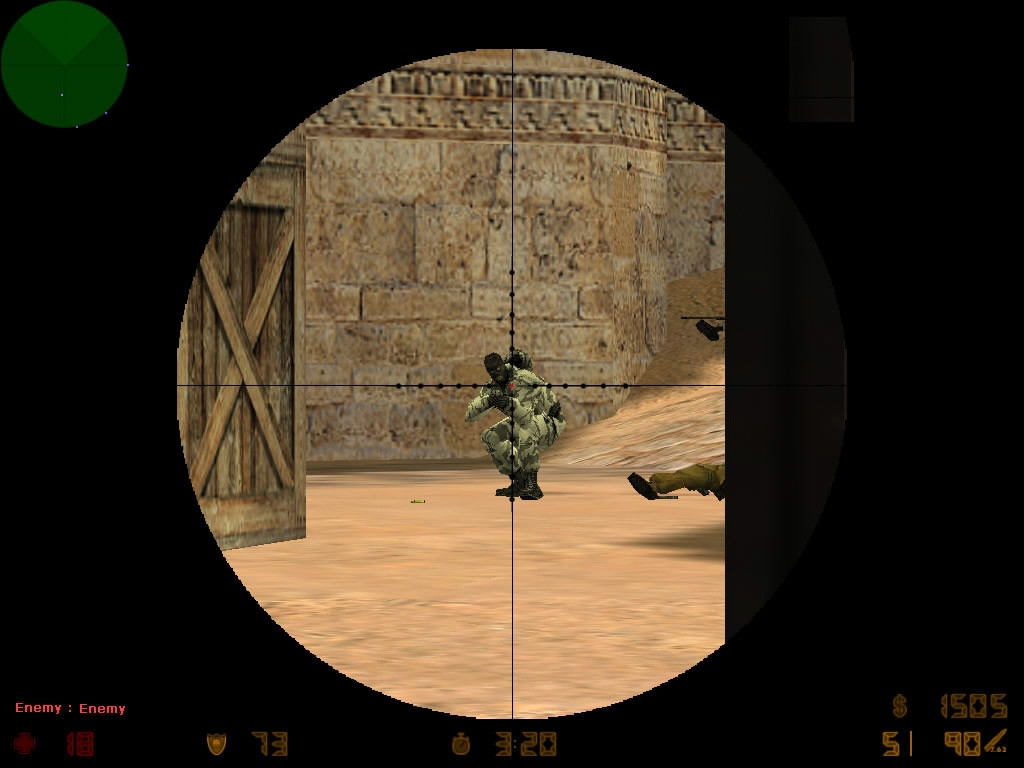 First-person gameplay of Counter Strike classic version. /Steam
Some users have been known to cheat using “aimbot” programs. This refers to software that helps players aim at opponents. These programs are near guarantees to victory.
Modern FPS games usually have anti-cheating measures to detect third-party programs. The game is shut down if any cheating program is detected.

Chinese CS: GO launch event on April 11, 2017. /csgo.com.cn
Users caught cheating too often are banned from the game forever.
But Perfect World, CS: GO's operator in China, has taken the measure one step forward. The company plans to get players to register with their ID card numbers and their Alibaba “Zhima” (Sesame) Credit accounts. Banks use Alibaba information to determine a client’s creditworthiness.
The idea is to make cheating in a game hurt in real life. Perfect World said a user’s bad behavior may hamper their ability to borrow money in the future.
"It's the worst punishment in history," Li Haiyi, vice president of Perfect World, said during the announcement event on April 11. 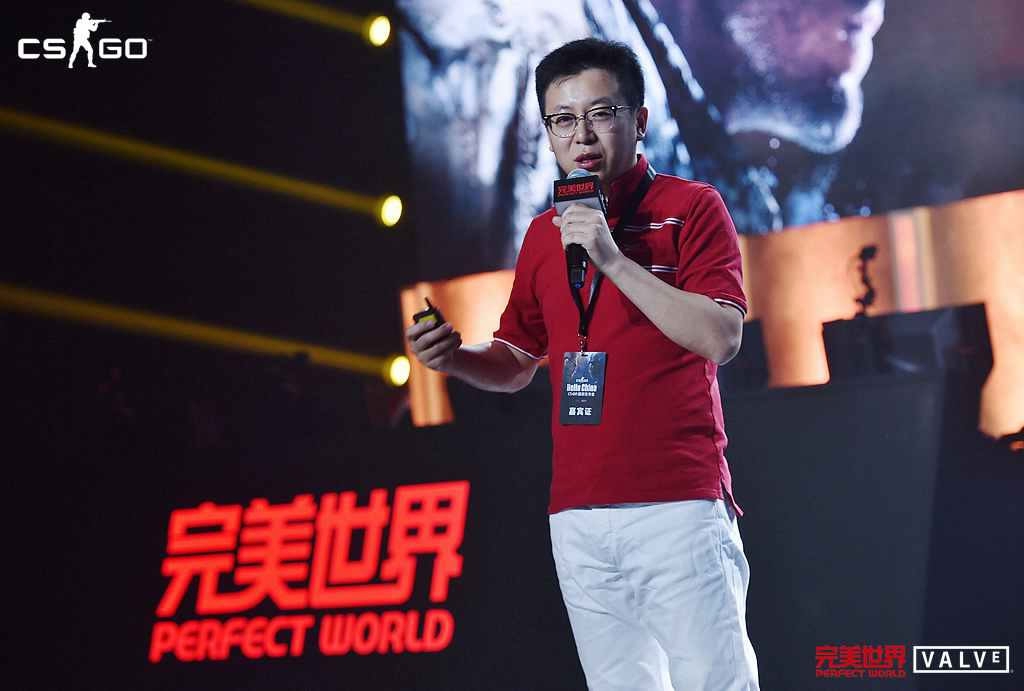 Li Haiyi speaks at the launch event on April 12, 2017. /csgo.com.cn
The theory will be tested on April 18, when beta tests for CS: GO begin in China. A limited number of players will be allowed to play the game while programmers iron out the kinks ahead of its full release.
18 years of shooting‍
CS was born as a "mod" (modification) to Valve's Half Life 2 featuring a counter-terrorist scenario, in which special task forces try to rescue hostages from terrorists or prevent a bomb from blowing up. Players can act as either task force members or terrorists.
The game first appeared online in 1999, and gained popularity globally after the 9/11 terrorist attack. GO, the series' fourth game, was launched globally in 2012. It now has more than 27 million players worldwide, according to data from SteamSpy, a website monitoring the game's main retailer Steam.
Nearly five percent of the global version's players come from China, ranking behind the US, Russia, Germany and Brazil. 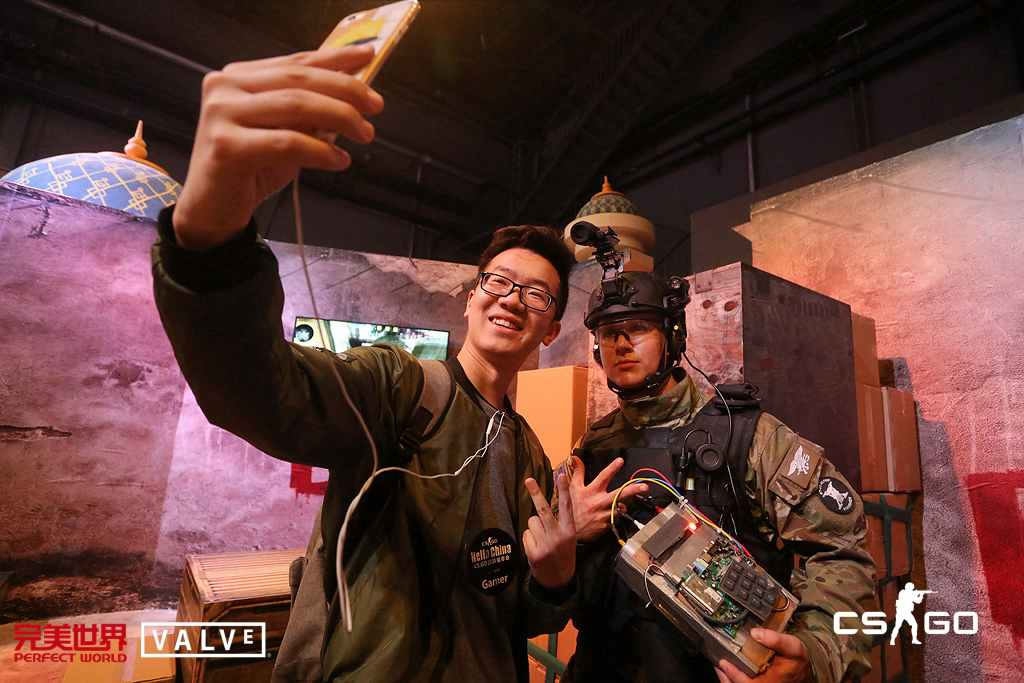 A player takes a selfie with a "counter terrorist." /csgo.com.cn
Older versions of the game provide local area network (LAN) functions. Many youngsters in China used pirated copies to host LAN parties in past years.
"CS used to be so popular in China, that paintball is called the 'real world CS' in the country," Li Haiyi said.
Copyright © 2017