By CGTN's Zhao Lingfeng
Questions of credibility abound after a total of 107 research articles were retracted by Springer, a major international science publisher, since it learned of irregularities in the peer review process supposed to verify their quality.
The fact that almost all of the articles, published in the cancer journal Tumor Biology, have Chinese authors suggests that a thriving cottage industry has sprung up in China to doctor peer reviews and help under-pressure researchers get the kudos they need for promotions. 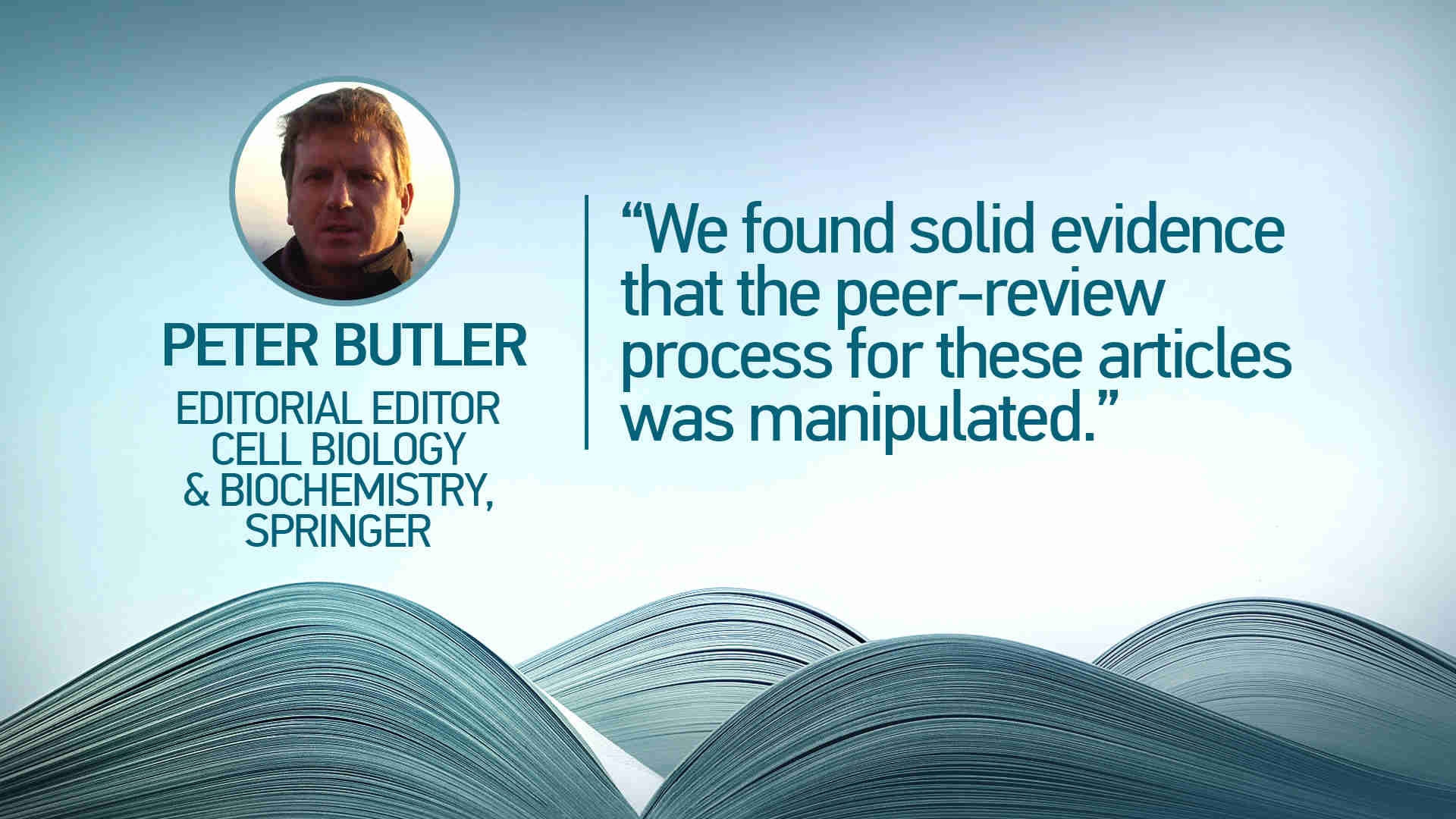 Response by Springer's Peter Butler to CGTN /CGTN Photo
Fake peer reviews
Peer review is an evaluation of work by someone of similar competence to the author.
Most of the time, such review is done anonymously, so authors know neither the name of the reviewers nor their comments. But sometimes research subjects are too niche for editors to find experts in that specific sector. In this case, the editors at the journal may ask authors to suggest potential reviewers for their own papers.
And this is when fakery can happen in the peer review process. 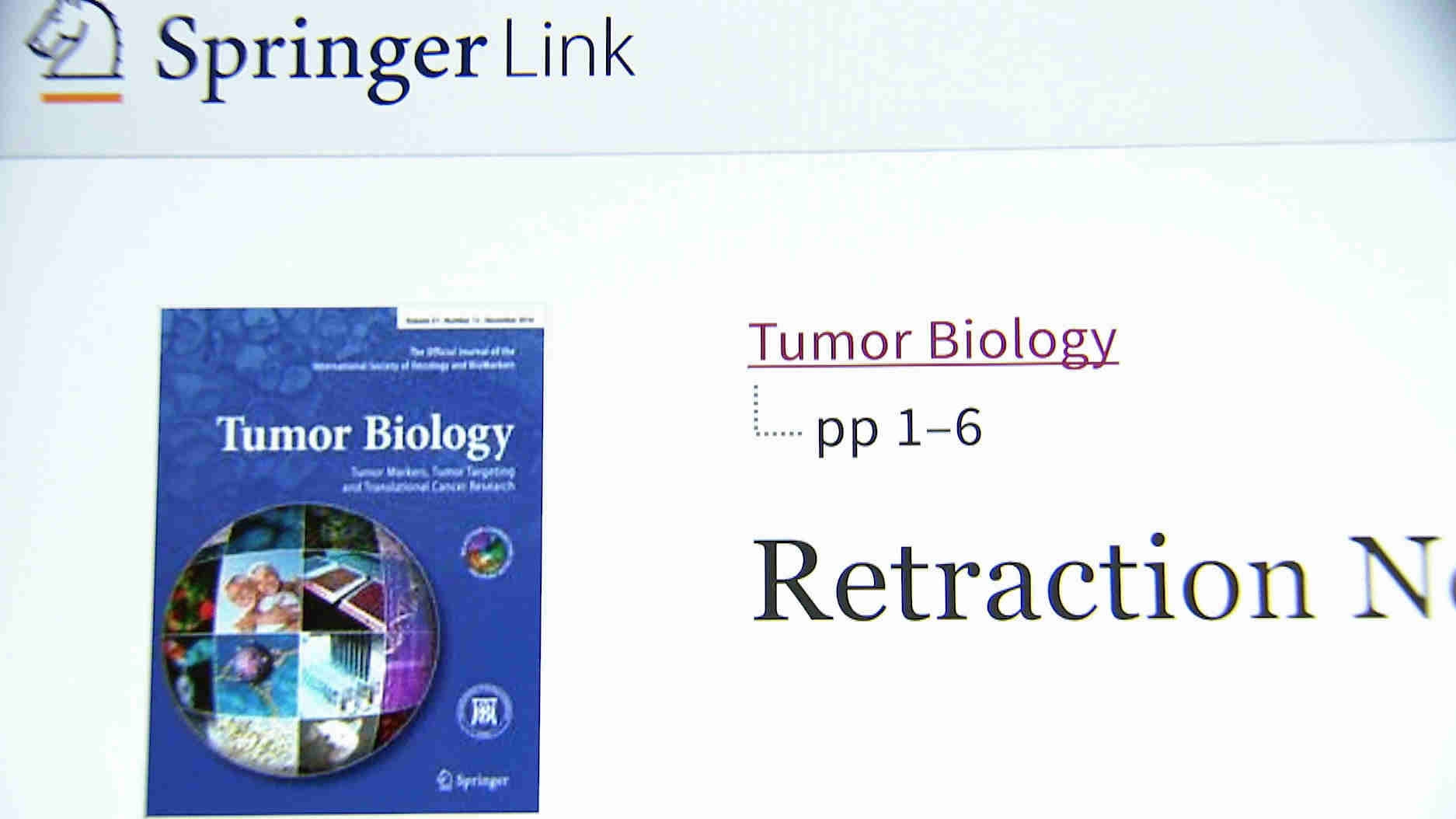 Retraction note on Springer website /CGTN Photo
Authors either suggest completely phony contact names and emails or a real name with a fake email address. In both cases, at the other end of the fake e-mail address is someone who’s happy to send in a positive review.
Scientists who work in a language other than English may also use third-party language-editing services to polish their papers before submitting to a journal. Such services provider could play a role in manipulating the review process.
Scale of impact and doctors’ promotion system
Among the 107 retracted publications, 16 articles were originally submitted by authors from Shanghai Jiao Tong University and five hospitals attached to the university. 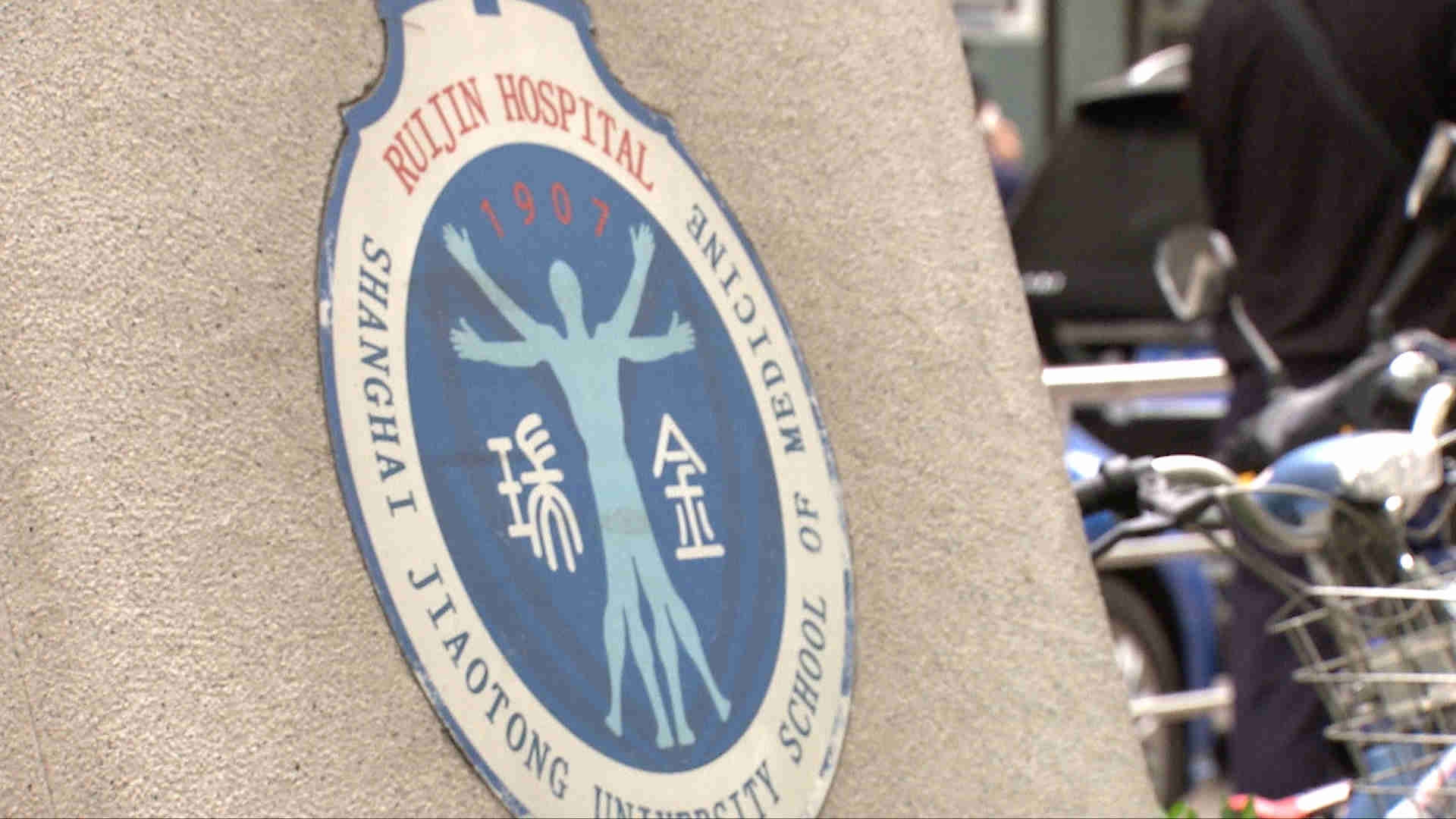 Sixteen articles by authors at Shanghai Jiao Tong University and five hospitals attached to the university were retracted. /CGTN Photo
And in total, it involves over 500 researchers and doctors nationwide, with many of them from the country’s top-tier medical institutions.
Papers published in leading science journals are a prerequisite in the promotion system for Chinese doctors, who are already burdened with a notoriously heavy workload.‍
Liu Mingyao, dean of the School of Life Sciences at East China Normal University, said the promotion system needs to change.
Hospital managers need to consider not only those who are good at research, but candidates who are skilled at surgery and provide good treatment rather than write papers, Liu said.
He told CGTN that the punishments in China for doctoring peer reviews are too lenient, whereas the consequences of getting caught abroad may affect one’s entire career.
1068km
Copyright © 2017