Looking China is a short film series made by a group of young film directors from over 20 countries. They traveled to various places across China, making films and exploring Chinese culture with the help of students from local universities.
Ena Omerovic, 30-year-old director from the Netherlands, traveled to Hainan, the island of romance in south of China, looking for stories of love. 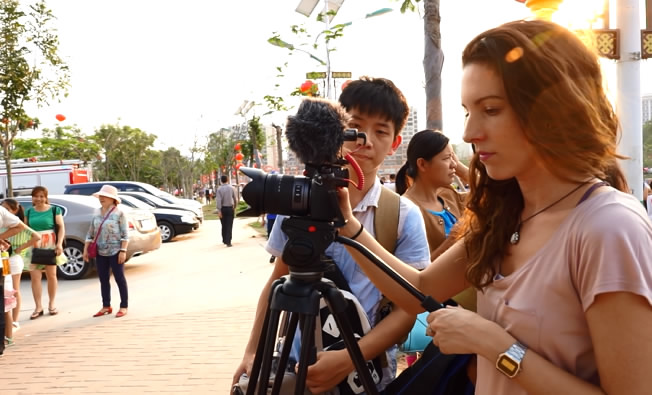 Ena Omerovic, director of "My Love-li Sister" /Photo courtesy Ena Omerovic
Li, the ethnic minority group that mostly lives on the Hainan Island, has a very interesting tradition of getting to know their lovers -- by singing flattering love songs.
Inspired by the old Li tradition, Omerovic started her quest to discover the stories of the lovebirds. Her first destination is the annual Double Third Festival in Baisha, also called the Love Festival, where she meets Xiao Pan, a Li woman. 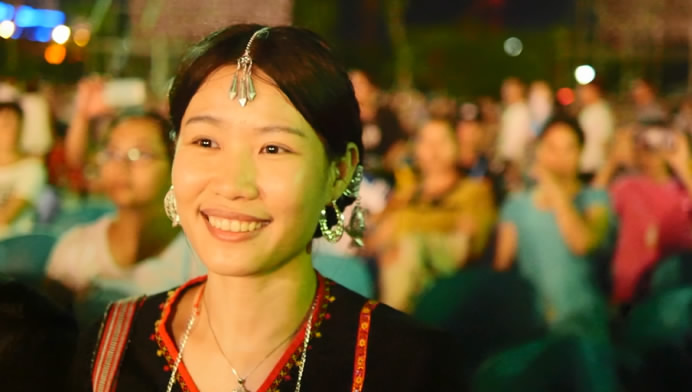 A screen grab of Xiao Pan.  /Photo courtesy Ena Omerovic‍
Xiao Pan invited Omerovic to the village where she grew up. Watch the video above to see how Omerovic explored the old Li tradition of marriage proposal whereby young Li men sing to conquer Li women’ hearts.
"My Love-li Sister” is the first film on the Looking China Series. This film was shot by Omerovic in South China’s Hainan Province in 2016. She is a young director from Utrecht University in the Netherlands.
Looking China is a short film series offering a glimpse China through the lens of 20 foreign filmmakers. We will be sharing each of their stories in the coming days and weeks.
2396km
Copyright © 2017