A Chinese video streaming service relaying uninterrupted footage from CCTV cameras in schools has provoked controversy.
The “Education Section” of the Shuidi platform carries more than 200 live broadcasts of school life. At shuidi.huajiao.com, anybody can view candid footages captured by cameras mounted in classrooms, playgrounds, canteens, hallways, and even dormitories and living quarters.
The schools and kindergartens covered come from provinces and cites including Beijing, Shandong, Henan and Anhui. 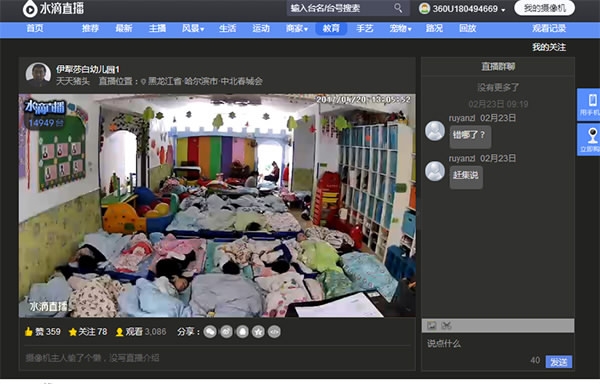 The sleeping quarters of a kindergarten in Henan Province. /Shuidi screenshot
Number 10112, one of the most viewed feeds, was recorded by a camera installed at the back of a classroom. The footage of a lecture attended by 60-plus students has scored nearly 40,000 viewings.
"The girl on the lower left is definitely fiddling with a smartphone," noted an observant commentator, presumably making that conclusion from scrutinizing the backs of the boys and girls.
When asked by The Paper, a domestic news website, some teachers said they believed the cameras were used purely for internal observation, and they were not aware that the live footage was being made available to the public.
However, other schools have made access open at the request of eager parents. 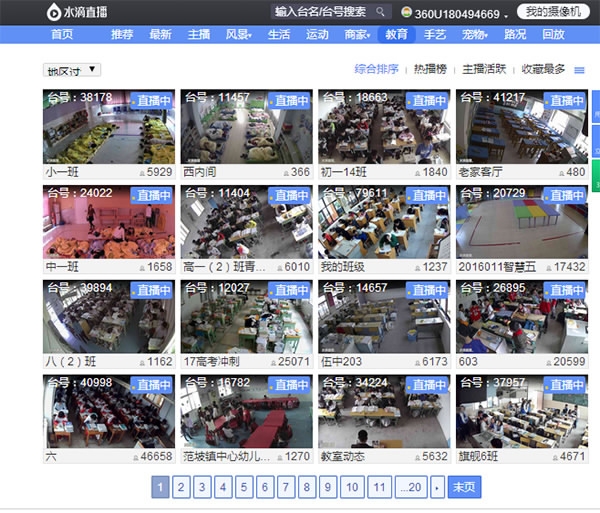 More than 200 school live streams are available on the Shuidi platform. /Shuidi screenshot
While some parents value the opportunity to check in on their kids, others have misgivings about making the footage public.
"It doesn't feel safe and leaves no privacy at all," a parent in Henan complained. "For example, kids have to take off clothing for their midday nap, and that’s not something for the whole world to gawk at."
Psychologists have cautioned about the behavioral pressure generated from the consciousness of constantly being spied on. Lawyers have also warned against violating people’s rights of privacy, likeness and identity, and called for more discretion in using for-profit web services.
Copyright © 2017