After years of fall, rise and adaptation in the Hong Kong film industry, such a quotable line still rolls off the tongue for Chinese (and international) movie fans, sparking memories of a complicated plot and a show-stealing rooftop scene – that’s Infernal Affairs. 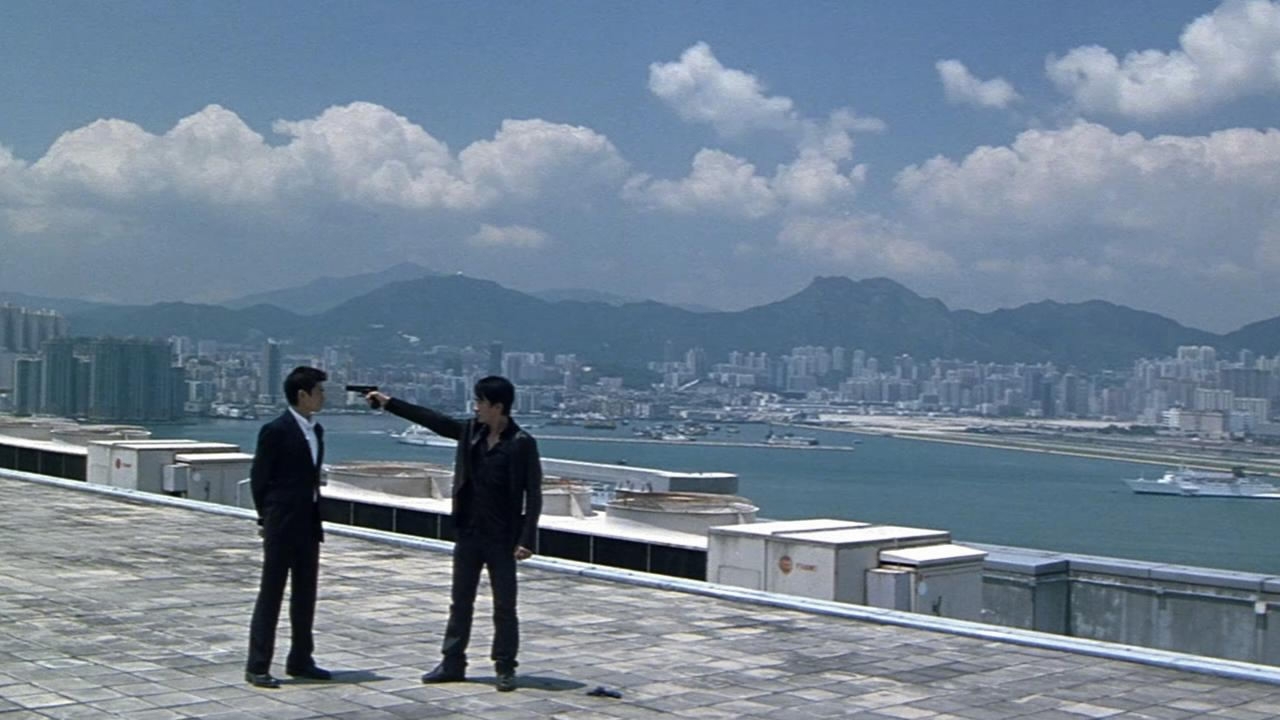 Having made a major box office splash back in 2002 and later receiving seven out of 16 nominated awards during the 22nd Hong Kong Film Awards, the cop-triad trilogy lit up domestic movie screens and entranced cinema-goers across the world with its web of crime and deceit. It even spawned an Oscar-winning remake in 2006 – Martin Scorsese’s The Departed.

During a series of interviews with representatives of different departments in the Hong Kong SAR government, CGTN Digital was lucky to hear from Wellington Fung, assistant head of Create Hong Kong (CreateHK) of the Commerce and Economic Development Bureau, who shared his insights into the unique characteristics of Hong Kong movies and the local people.

And asked which film represents the Hong Kong spirit to him, Fung name-checked Infernal Affairs – wherein a police officer infiltrates a triad gang, and an old friend working for the triads enters the police force. He identified “adaptation” as a key facet of the Hong Kong spirit.

Local people, especially the elderly, strive to learn English, Fung explained by way of example, just so they can fit in well with Filipino domestic workers who don’t speak Cantonese. “You see that a lot in Hong Kong, and it says a lot about the character of the local people – they are very good at adapting.”

Endurance is another praiseworthy quality, Fung said, that applies to all Chinese people and has passed down for thousands of years – not only Hong Kong’s movie professionals, who have dedicated themselves to overcoming the challenges of the industry to make films that leave a mark.

Hong Kong spirit in the movies 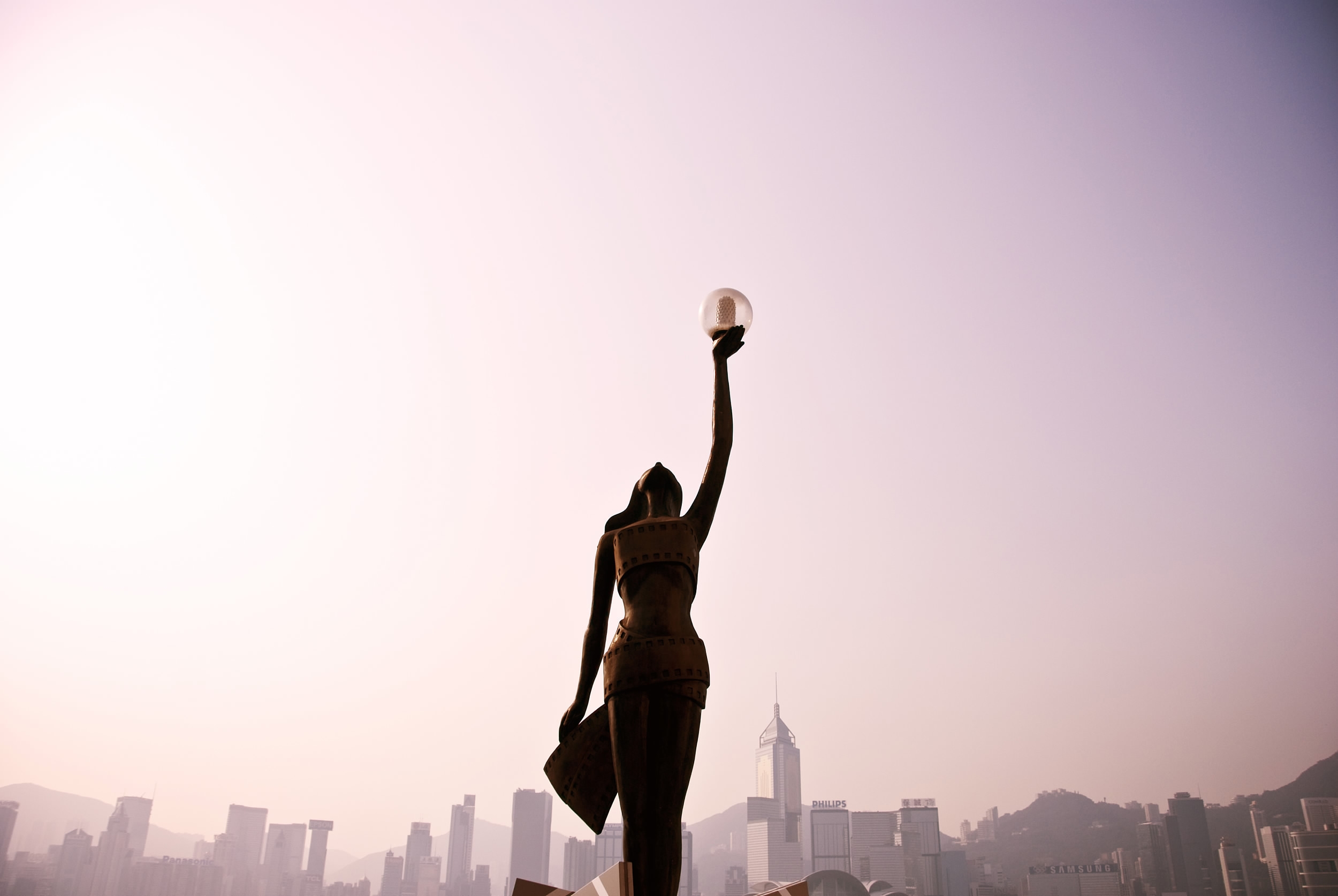 What is the Hong Kong spirit? Well, it’s entrenched in long-term hard work among grassroots, much more than a simple and empty slogan.

The 1960s and 1970s were economic boom years in Hong Kong, which fostered an outlook of optimism and self-confidence in society. The upbeat culture was embodied in the local action movies (particularly Kung Fu movies), with a happy ending signifying there’s always hope and another day, even in difficult times. 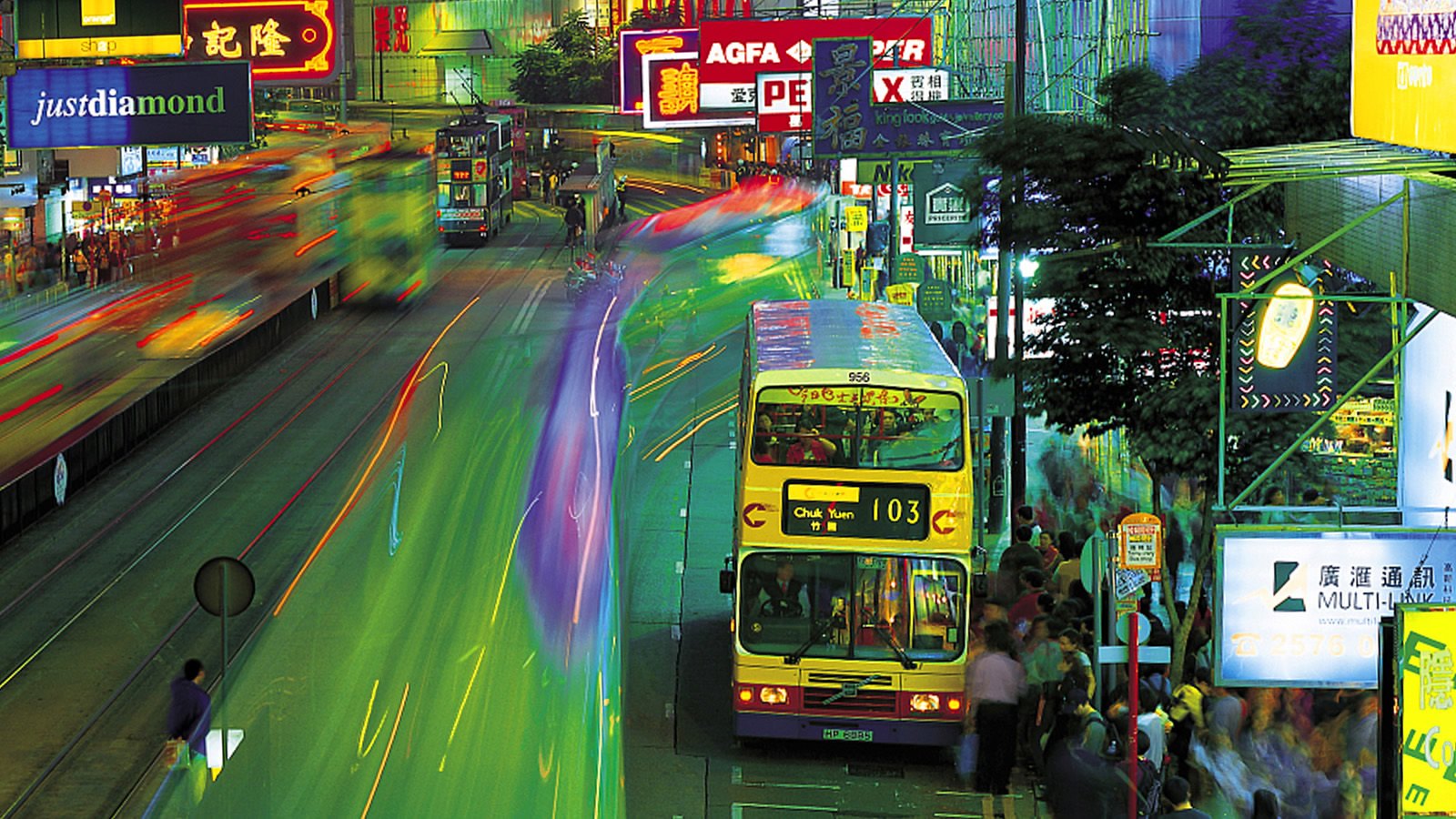 The local identity of Hong Kong movies, however, has been tested in recent years. With CEPA (Mainland and Hong Kong Closer Economic Partnership Arrangement) reshaping the framework of Hong Kong cinema back in 2003, plenty of Hong Kong film talents, including the producer and director of Infernal Affairs, have proceeded northward to work with mainland investors.

They were given the opportunity to experiment using different design and visual techniques, and Fung says the results went down well at the box office.

Hong Kong cinema has also adopted aspects of Western culture and film styling to better fit in with the global market, blending East with West.

However, Fung noted that a “something native” sensibility that lent a unique streak to Hong Kong productions was slowly disappearing. Some questioned: has the Cantonese identity been lost from Hong Kong films? 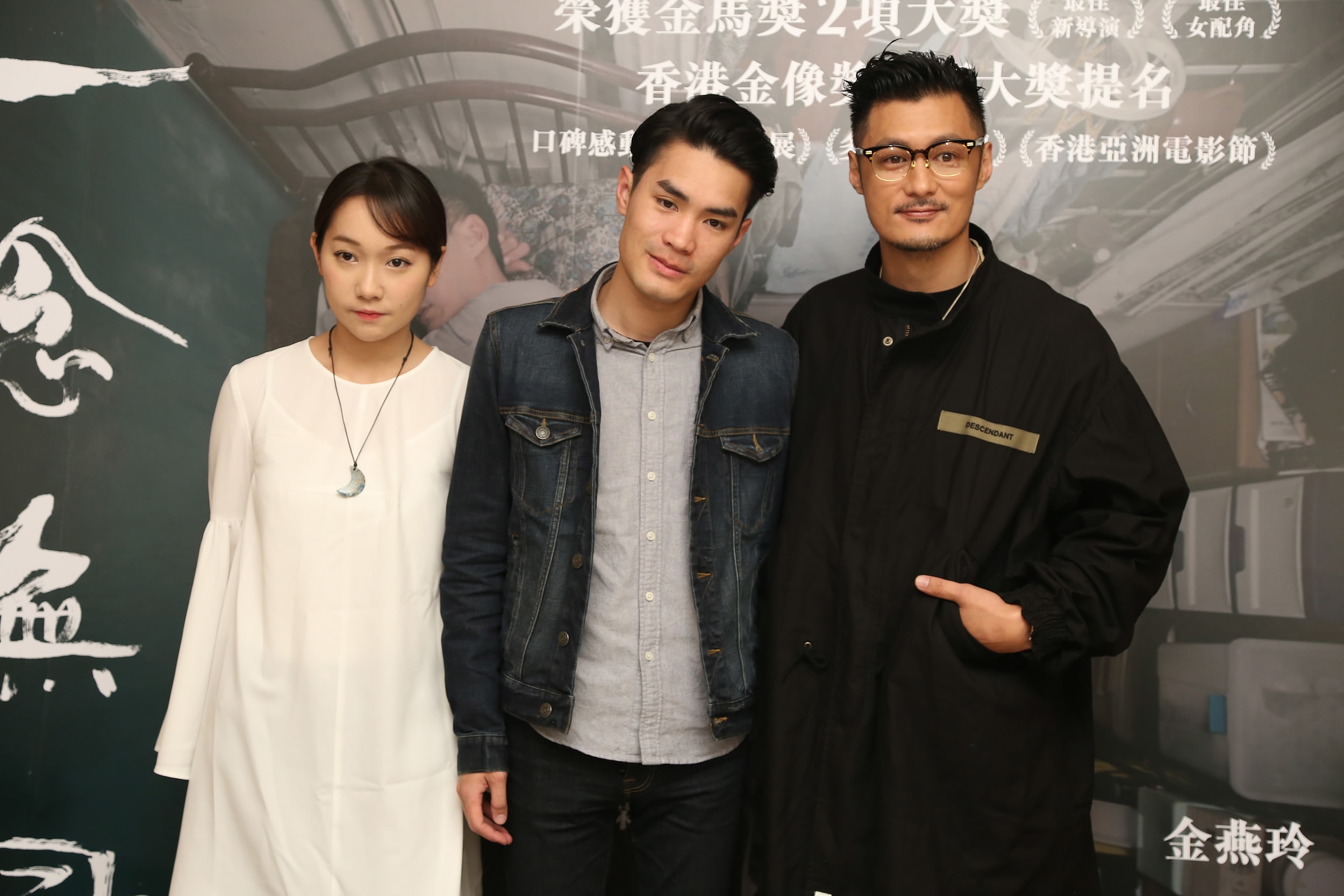 With an identity crisis in mind, CreateHK launched the First Feature Film Initiative in 2013 to identify and nurture talent for the local film industry, and this year’s Hong Kong Film Awards marked the emergence of a new generation of local filmmakers.

Wong Chun, 28, won the best new director award for his brave, small-budget movie, Mad World. The human tale of a bipolar patient recovering with his family, made for just two million HK dollars (250,000 US dollars), was one of the winners of CreateHK’s First Film Initiative.

Fung believes that the local film industry is now beginning to rediscover its own sense of identity, with the movie styles gradually returning to the new Hong Kong.

What is Hong Kong cinema’s future? 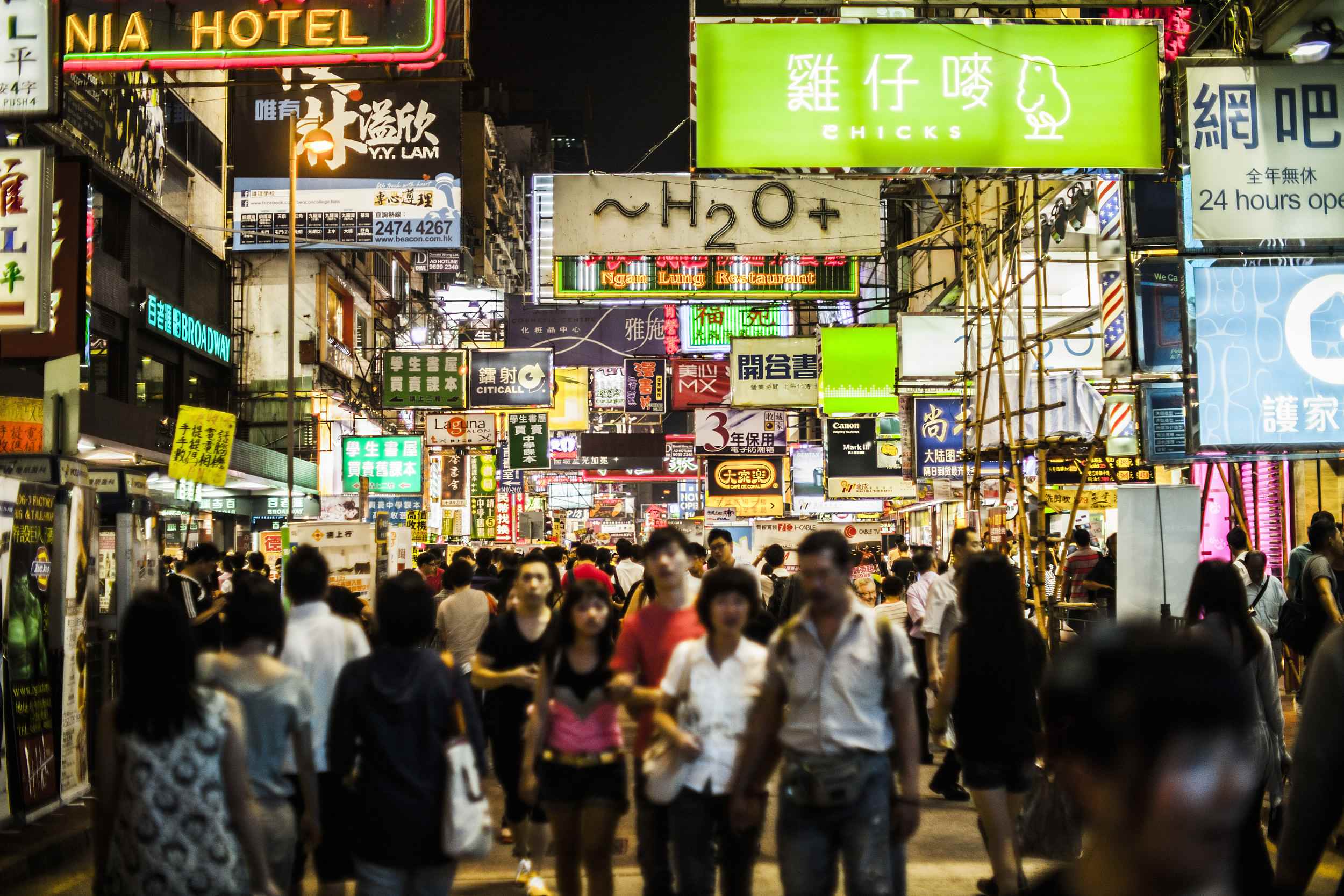 Whether with a fantastic or realistic style, the quality and quantity of film productions both matter in the long term. After all, it’s up to Hong Kong filmmakers to make more breakthroughs like the acclaimed Infernal Affairs.

"It makes sense to emphasize what we as Hong Kong already have, and what we possess can already make good movies," Fung said. "In recent years there have been more and more movies like Cold War and Overhead, which are returning to what it is that makes the Hong Kong movie industry special."

With the city’s high energy, diversity and beauty, the Hong Kong spirit won’t be reshaped in films, but can develop alongside the vibrant metropolis with more independent productions concentrated on the local identity.