Hainan Airlines, one of China’s major aviation companies, is extensively engaged in the Belt and Road Initiative, launching air routes to enhance economic and cultural communications by connecting China and the rest of the world.
Founded in 1993, Hainan Airlines now has a fleet of over 1,250 aircraft servicing more than 1,100 routes and transporting some 92 million passengers annually in China and across the globe. 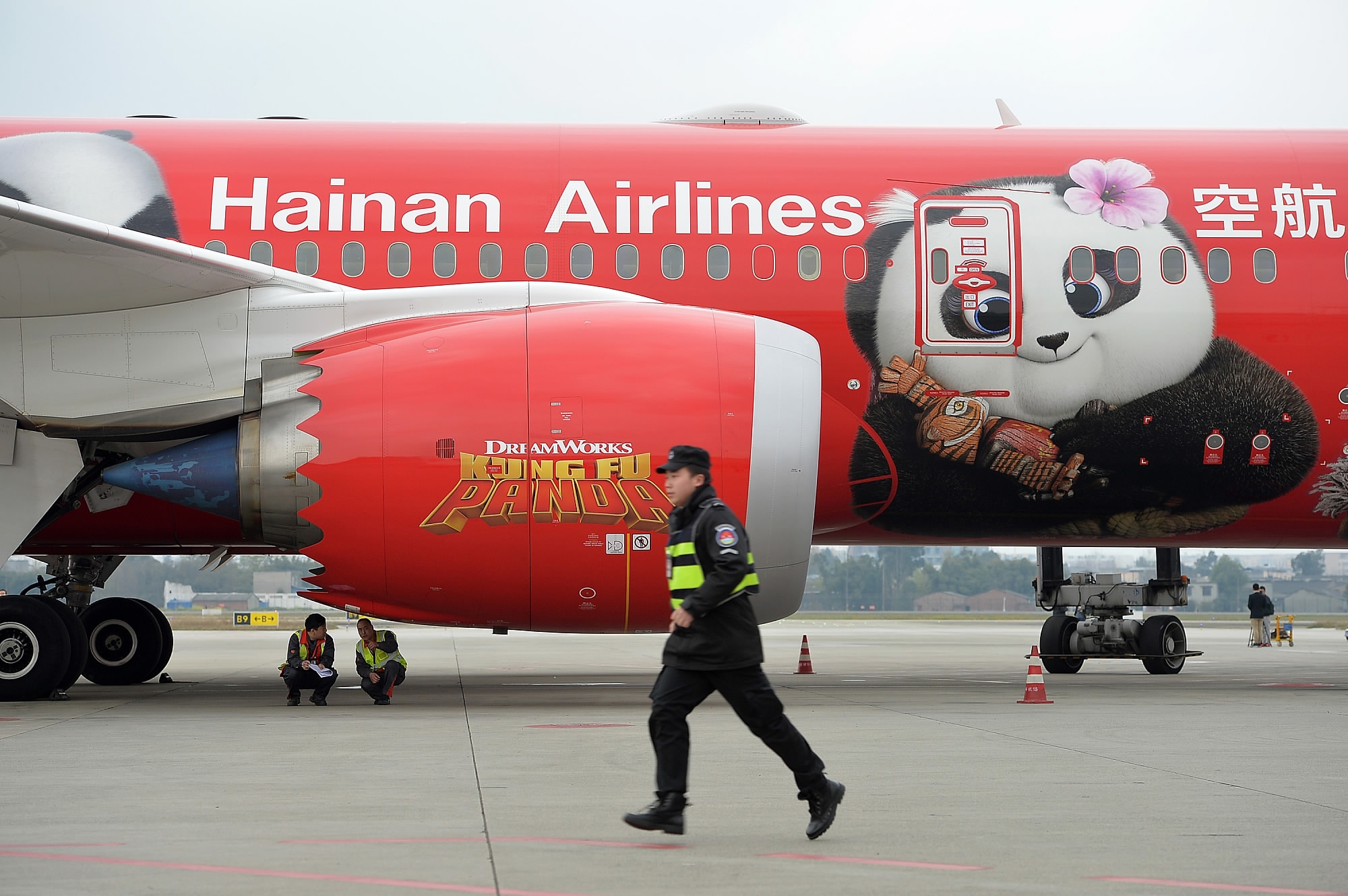 CFP Photo
In an exclusive interview, Hainan Airlines President Sun Jianfeng told CGTN the company has now launched 29 routes connecting Chinese cities to the Belt and Road regions, including direct flights from Beijing to Manchester, Beijing to Tel Aviv, and Haikou to Hanoi last year alone.
“This year we’ll continue to open new destinations, for example, Shanghai Pudong to Tel Aviv, and Shanghai to some (other) European cities. Also we’re starting a lot of new routes from south China, for example, Guangzhou, Shenzhen, and Haikou to some destinations in Vietnam, Singapore and Malaysia.” 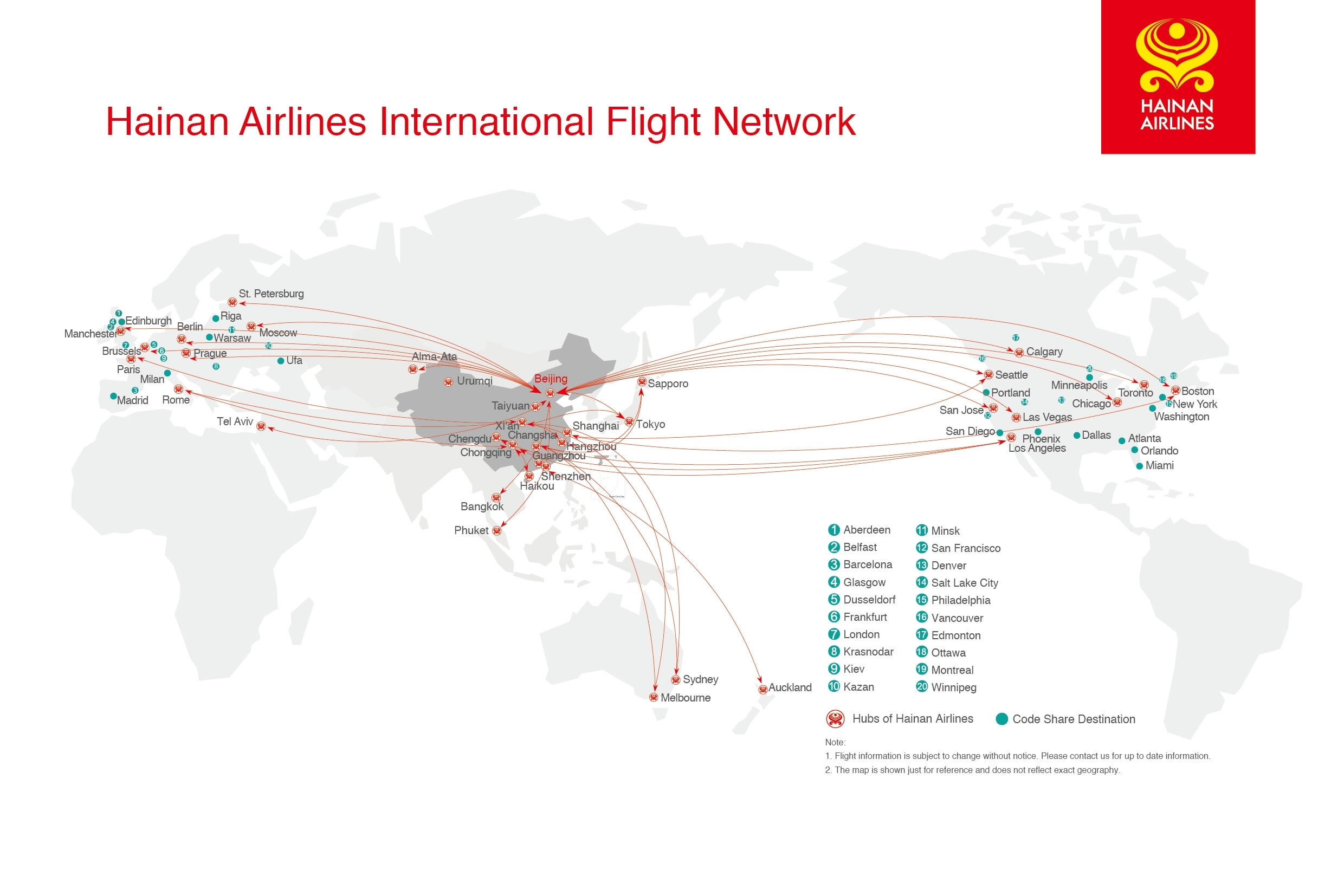 HNA Photo
Hainan Airlines is also capitalizing on its strong domestic network to cooperate with local companies to provide convenient, comfortable and fast options for long-distance travelers.
“We have some levels of cooperation with the airlines in the Belt and Road regions, for example, for co-share, the passengers are able to more easily buy tickets from other airlines to their final destinations. Also we invite local airlines to have closer relationships with us, so our passengers can have more options through Hainan Airlines.” 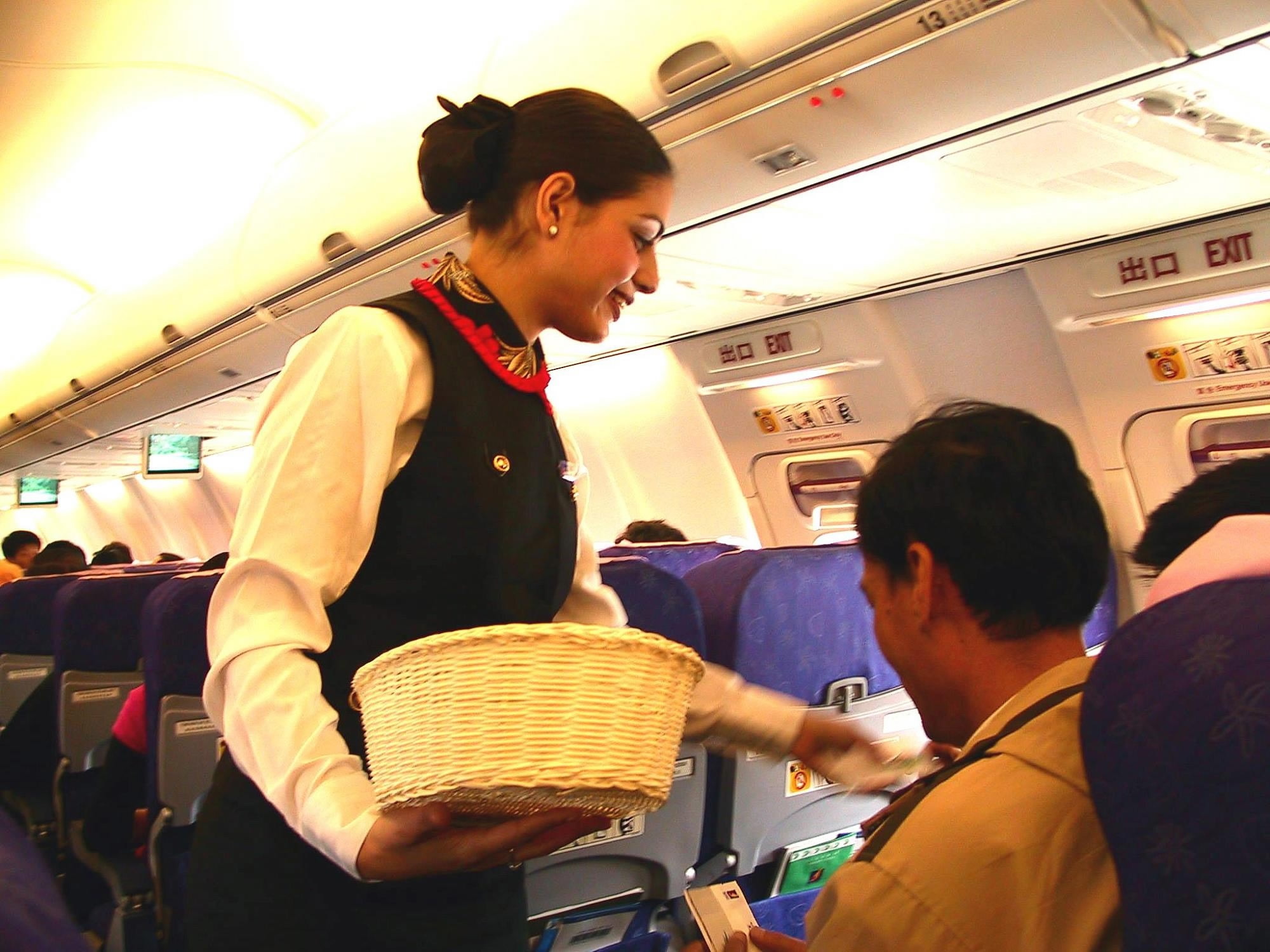 CFP Photo
Despite outside concerns as to whether these routes can bring profit to the company, Sun said the airline has received very positive feedback from the market with initial load factor of over 80 percent. And he believes local tourism, trade with China and business investment in relevant countries and regions will be boosted with more frequent exchanges facilitated by non-stop flights.
Sun told CGTN that Hainan Airlines is using its most advanced aircraft — including the largest Boeing 787 Dreamliner fleet in the Chinese mainland — and delivering the best possible service at the highest safest standards to stay competitive in the market. The company has also set up offices across the globe, including in Auckland, Tel Aviv, Prague and Moscow, to name just a few, in support of China's Belt and Road Initiative. 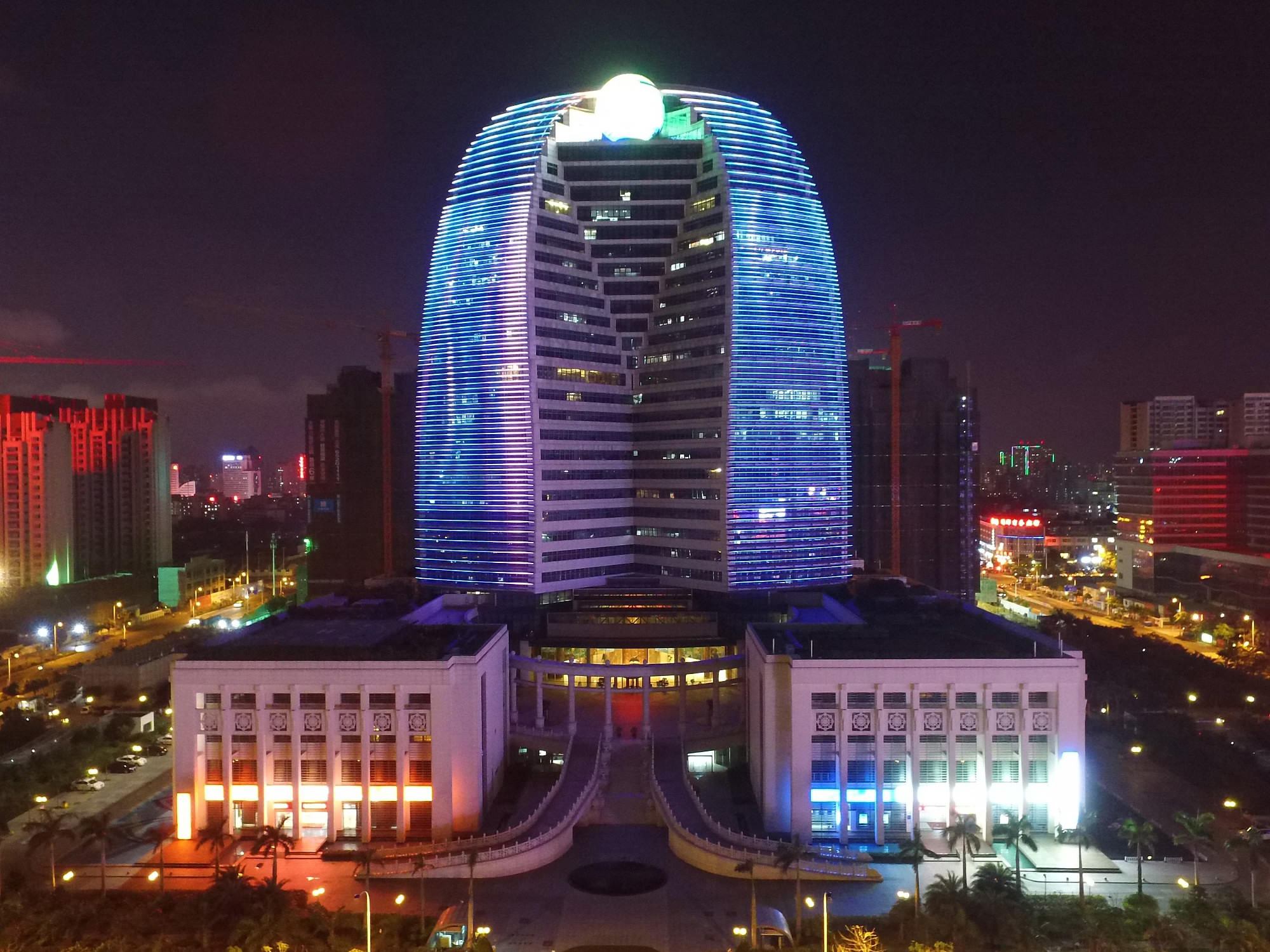 HNA headquarter in Haikou, Hainan Province/CFP Photo
After more than two decades development, Hainan Airlines’ parent company HNA Group has grown from a local transportation operator to a company involved in aviation, hospitality, tourism, real estate, retail, finance, logistics, shipbuilding and eco-tech. Last year, HNA embarked on a 34 billion US dollar acquisition spree, including purchasing Swissport and buying a stake in Hilton hotels to diversify its business.
Sun did not disclose any details of future plans, but assured that the highly globalized HNA Group will continue to engage in business activities that are profitable for China and the world. 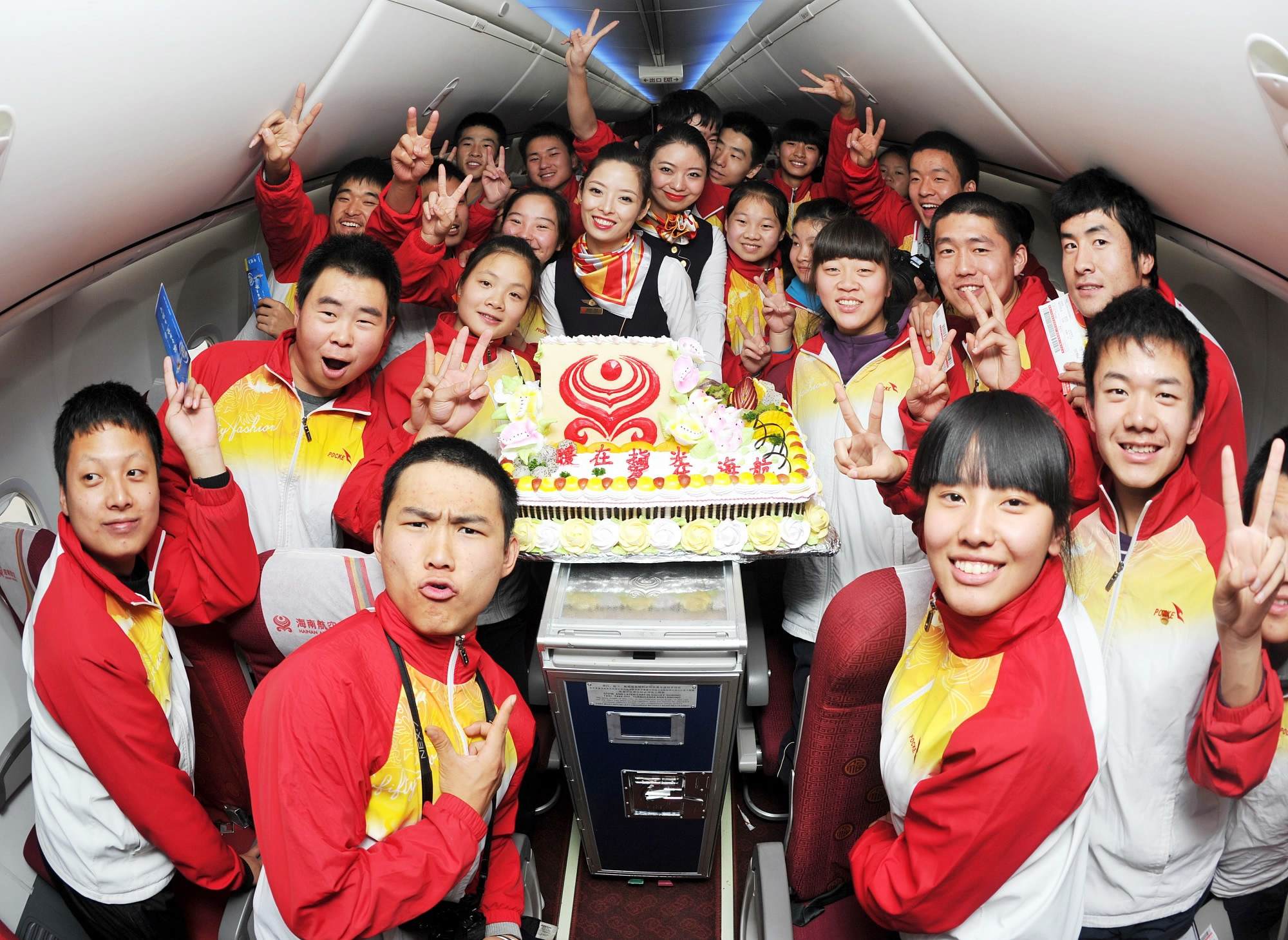 CFP Photo
Headquartered in China’s tropical island province of Hainan, Sun is confident that the ambitious advancement of the conglomerate will also benefit the local economy by transforming Haikou and Sanya airports into China’s gateways to Southeast Asia.
Copyright © 2017