Archaeologists have spent months excavating a lost temple that disappeared for nearly a millennium in downtown Chengdu, capital of southwest China's Sichuan Province.

Daoxuan, a famous Tang-dynasty (618-907) monk, once wrote that an official ceremony to pray for rain amid a persistent drought was held in front of the temple, and it went on to rain as if his prayers had been answered. 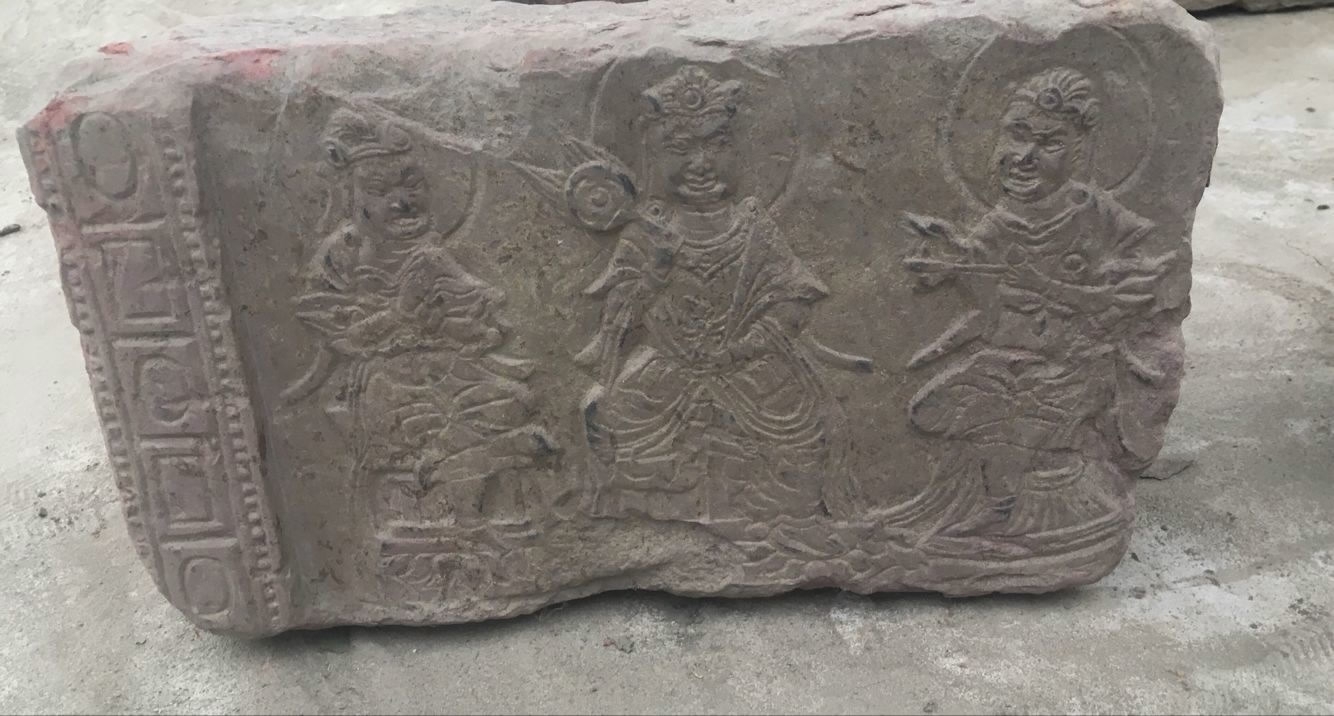 The story was the record of how the temple got its name, Fugan, which means "perceive the blessing."

However, the building fell into disrepair during the later period of the Tang dynasty, with war and conflict removing all traces of the temple.

Archaeologists unearthed more than 1,000 tablets inscribed with Buddhist scriptures and over 500 pieces of stone sculpture, as well as glazed tiles with inscriptions. 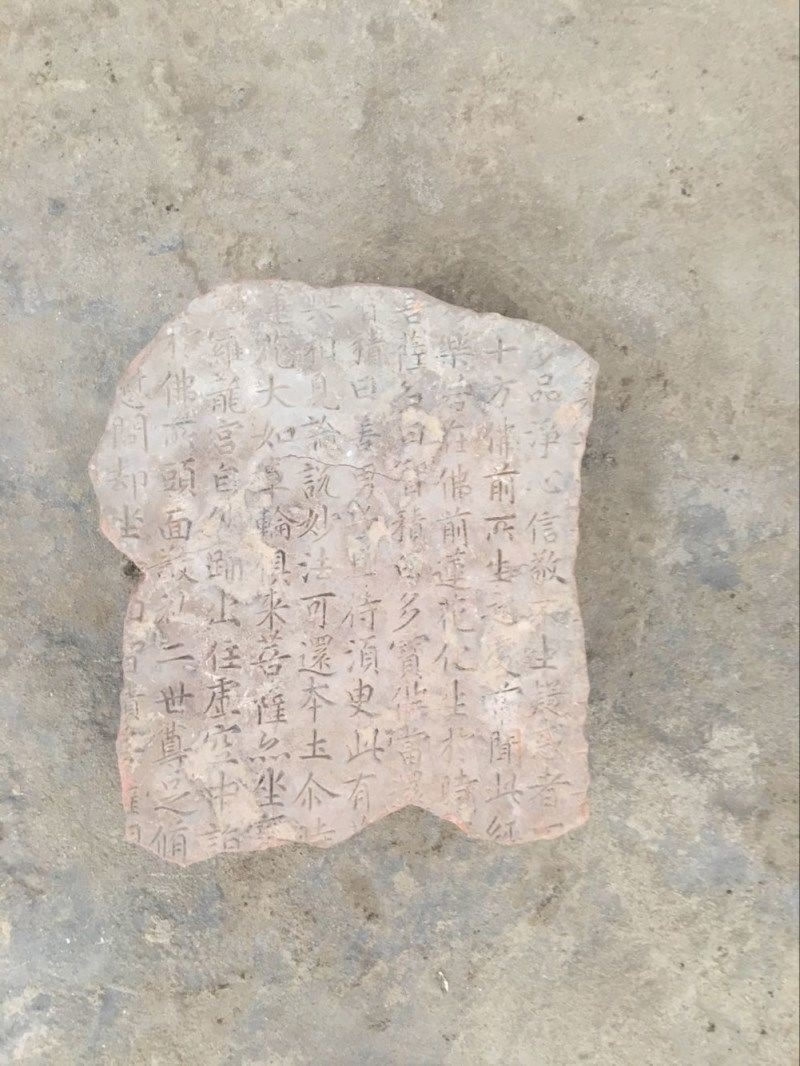 An inscribed tablet unearthed at the site. /Xinhua Photo

"We have only excavated a part of the temple's area, but already have a glimpse of its past glory," said Yi Li, leader of the excavation team.

He said they have found the temple's foundations, ruins of surrounding buildings, wells, roads and ditches.

During the excavation, archaeologists found some 80 ancient tombs scattered near the temple, dating back to the Shang and Zhou dynasties (1600-256 B.C.). In the temple's surroundings, they have unearthed large amounts of household tools, utensils and building materials dating back to various periods from the Song to the Ming dynasties.

Chengdu became an economic and cultural center in western China during the Sui and Tang dynasties. The temple's discovery could greatly contribute to the study of the spread of Buddhism in China during that time, said Wang Yi, director of the Chengdu Cultural Relic Research Institute. 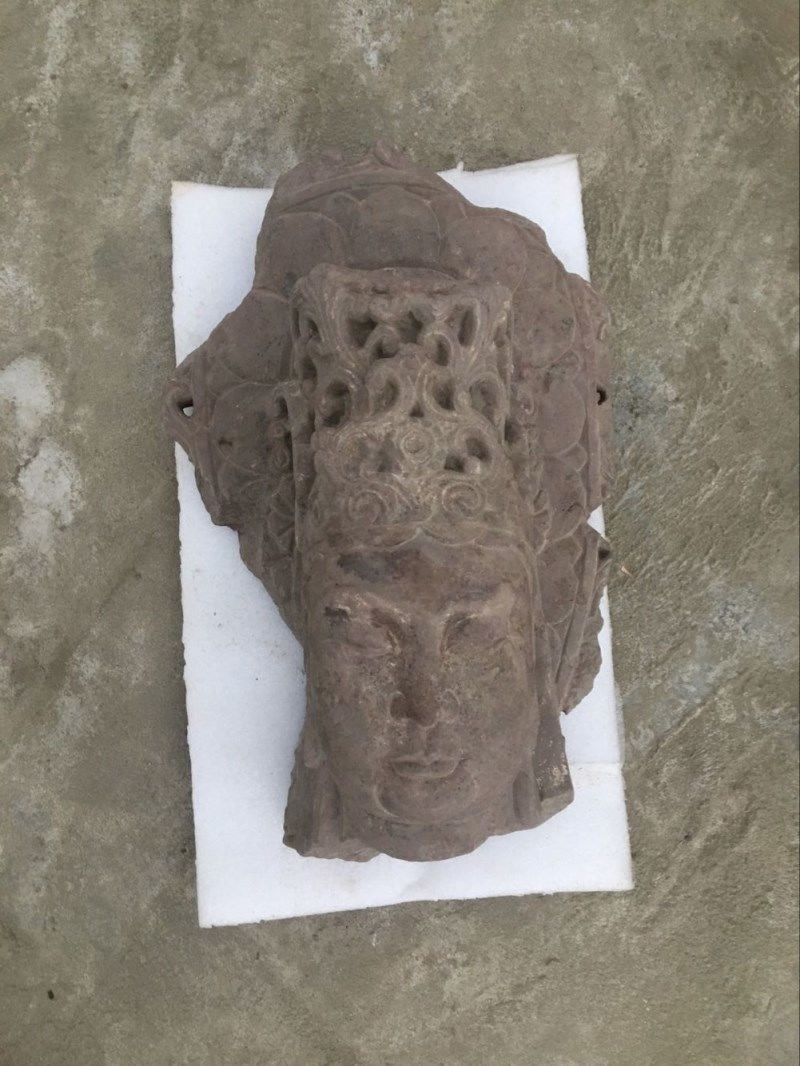 A fraction of an ancient stone carving of a Buddhist goddess unearthed at the site. /Xinhua Photo 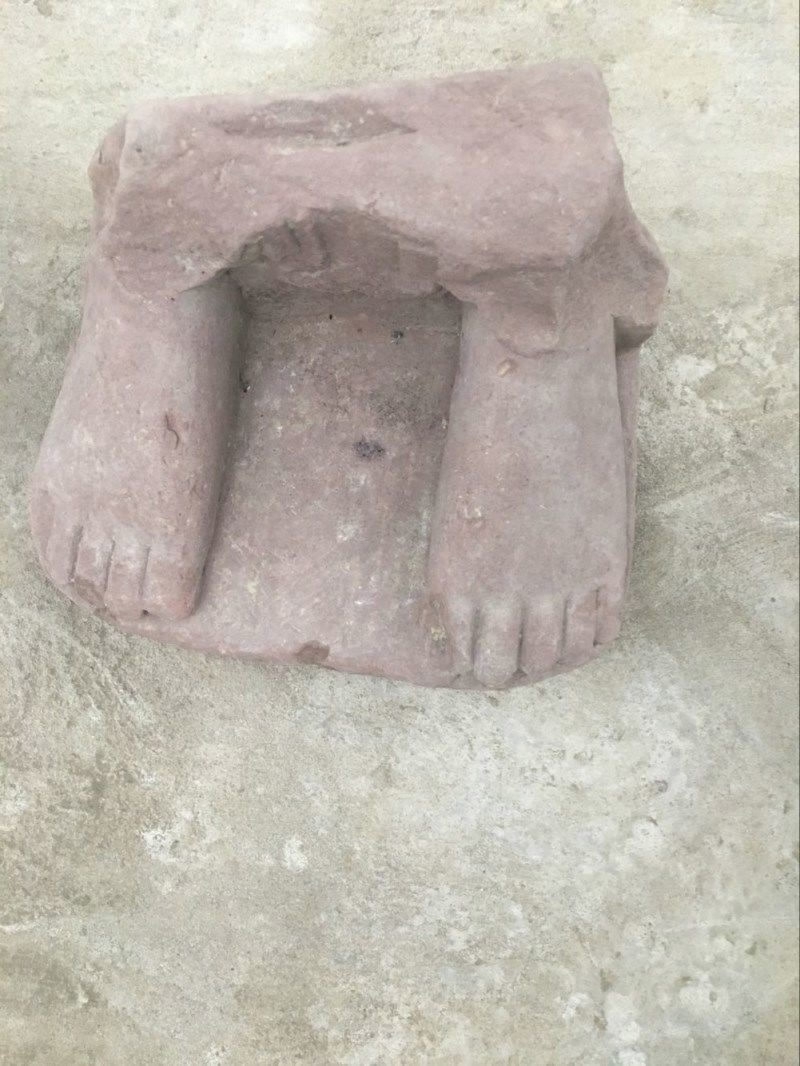 A stone carving of feet unearthed at the site. /Xinhua Photo