By CGTN’s Shen Li & Yang Ran
China Fashion Week has brought the unique embroidery of an ethnic minority from the remote south of the country to the world’s fashionistas.
When the Fashion Week kicked off on Saturday, 10 looms took center stage, operated by 10 Bouyei women who had traveled to Beijing from Qianxi county, Guizhou Province.
The Bouyei women worked their magic with the loom while models strutted down the catwalk wearing traditional Bouyei attire. 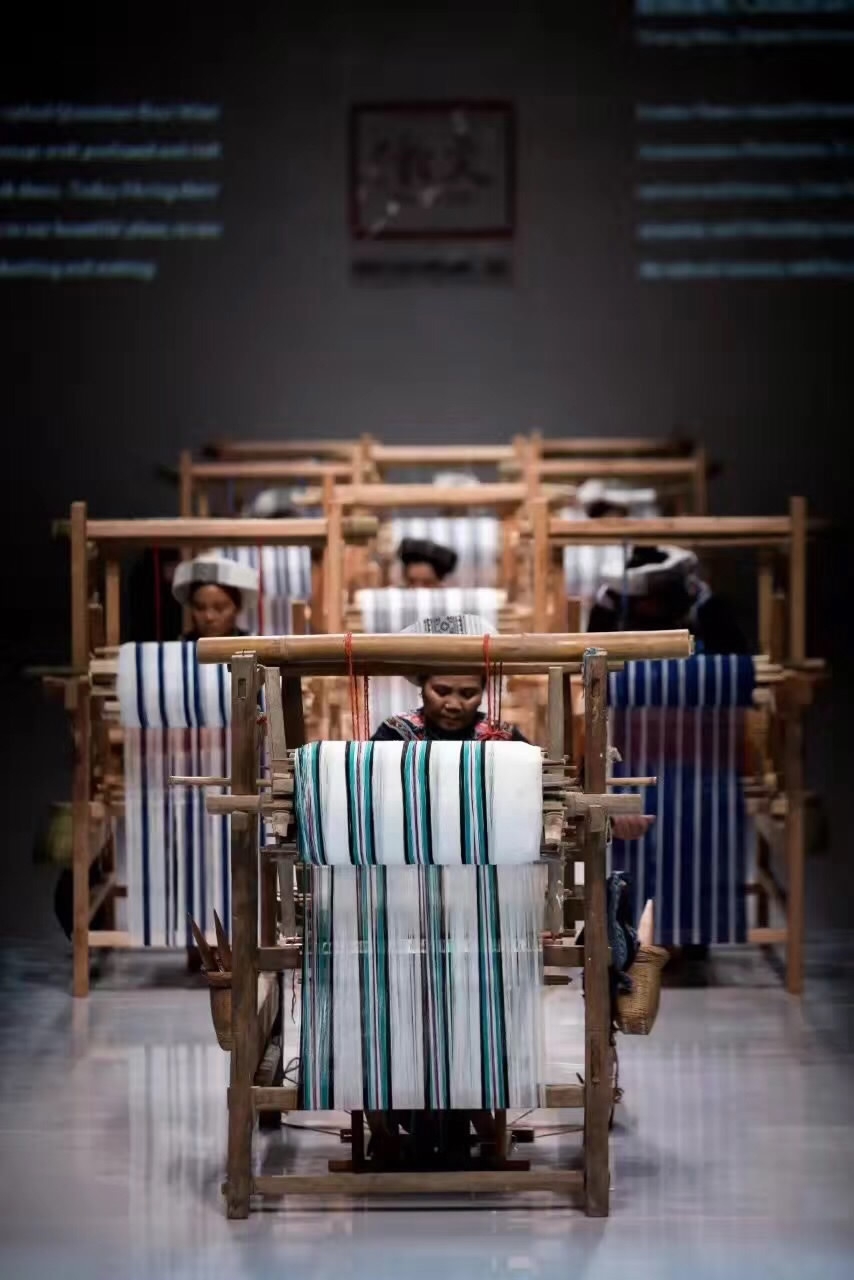 Ten Bouyei women and their looms took center stage at China Fashion Week. /CGTN Photo
Fashion brand Eve de Cina had put together the collection and said it was designed to transcend space and time and bridge cultures.
Xia Hua, Eve de Cina’s founder, said the embroidery and weaving technique of the Bouyei people were “so fascinating.”
Her group wants to exhibit this art to a wider audience, not just Chinese but foreigners. 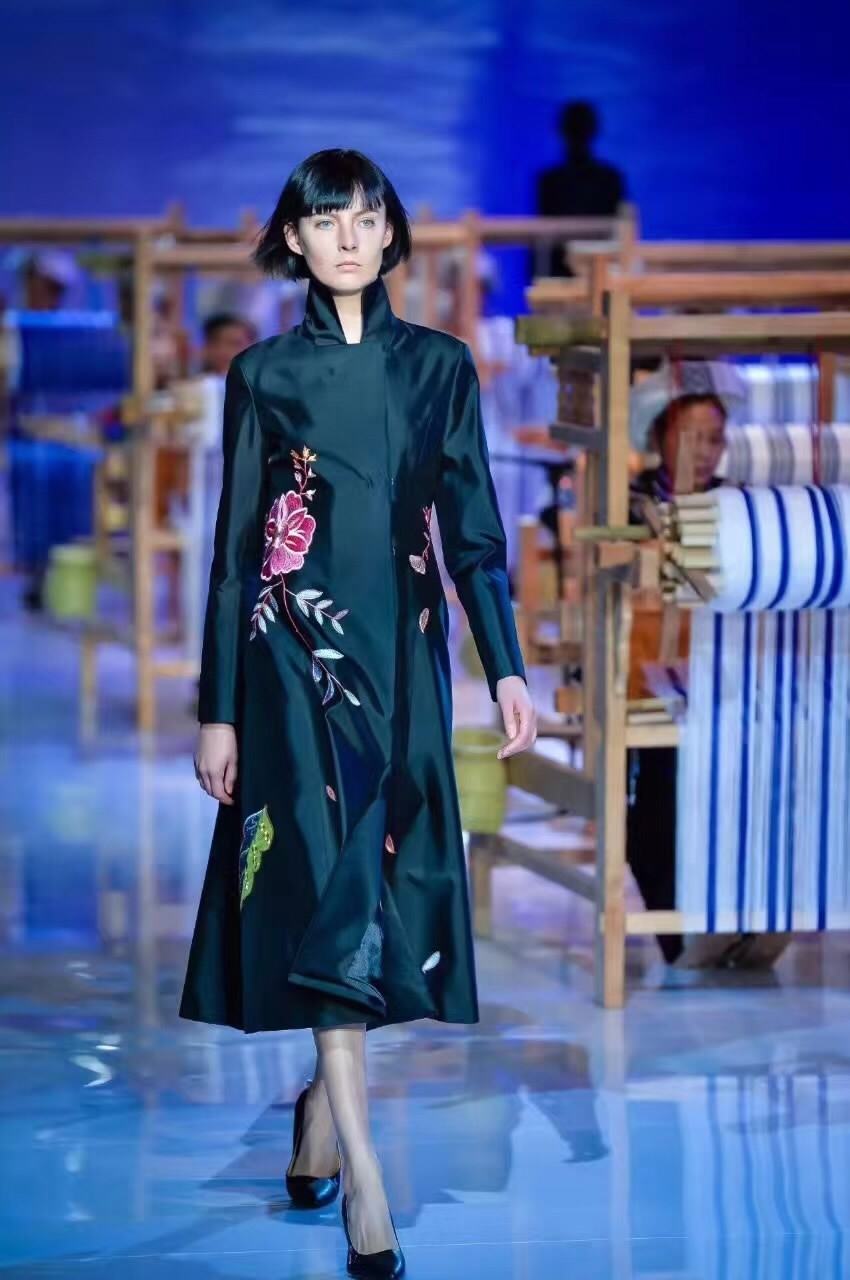 The 42 outfits are all handmade by Bouyei artisans. /CGTN Photo
The 42 outfits featured on the runway show were all handmade by Bouyei embroidery artisans. Xu’s team searched through the hamlets of Qianxi to find the few women who know this elaborate craft.
Their work for Eve de Cina has brought them potential prosperity, especially now that the embroidery has been showcased on an international stage.
This year marks the 20th anniversary of China Fashion Week. The week-long event will see over 80 runway shows exhibiting the creations of 83 well-known designers and 70 new ones.
2km
Copyright © 2017