The famous video game Minecraft changed the facade of a Beijing landmark on Friday to announce its arrival to the Chinese mainland eight years after its launch.
The Water Cube, an aquatics center in the capital which hosted part of the 2008 Olympic Games, shed its iconic blue color for green and brown – symbolizing a cross section of the soil in the game.
The grand event received positive reaction from fans, who saw it as innovative and creative.
The eight-year-old game is now official in the country, although some Chinese players have been playing the international version for a long time. 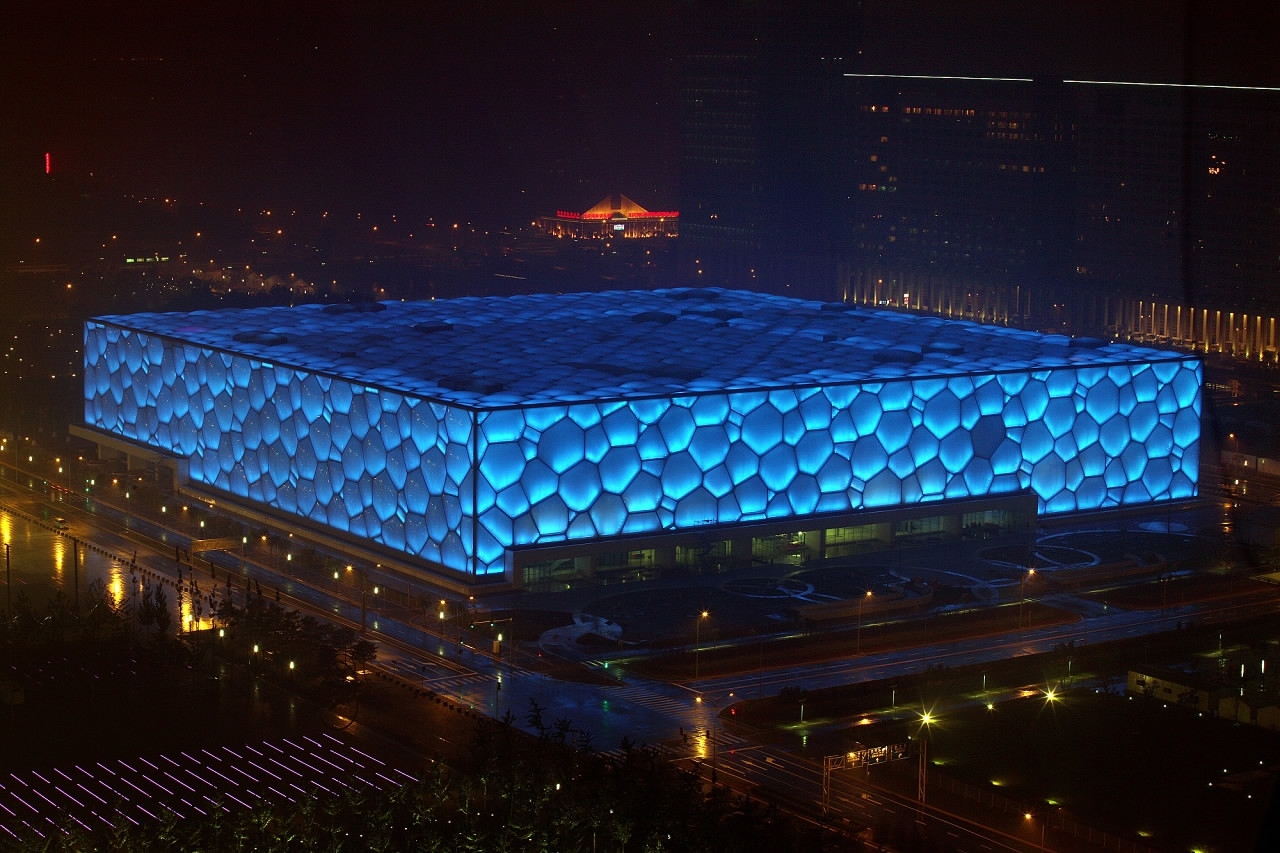 The Water Cube in Beijing is usually blue in color. /VCG Photo 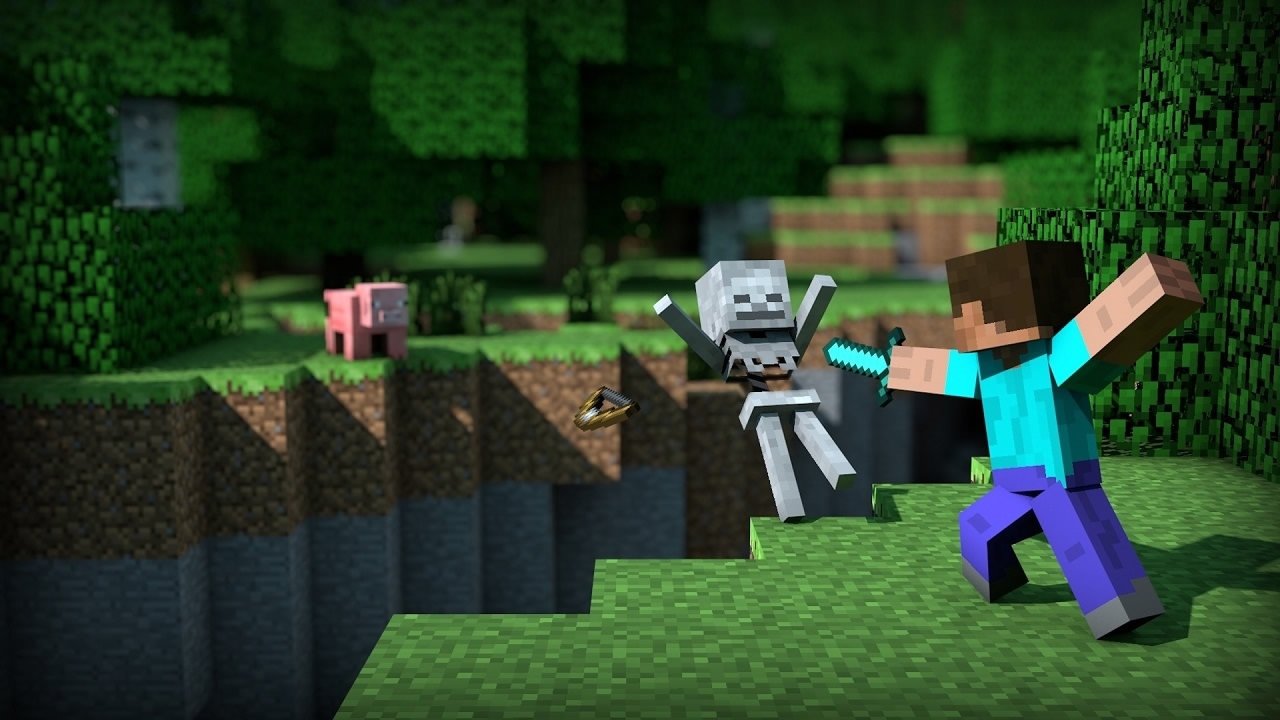 Minecraft gameplay: The Water Cube adopted the colors of the grassland in the game. /minecraft.net‍
Markus "Notch" Persson from Sweden is the brain-box behind the video game, which came about in 2009. The game featured a "sandbox" style, or a format allowing minimal character limitations, offering players a planet to build anything they want.
Notch never commercially advertised his game, before one million copies were bought in January 2011.
In 2014, Microsoft acquired the game and Mojang, the company Notch founded, for 2.6 billion US dollars.
Minecraft was seen as legendary by many individual game developers, after the pricey transaction.
More than 100 million copies of the game have been sold worldwide, not including the pirated ones, Mojang said in 2016. 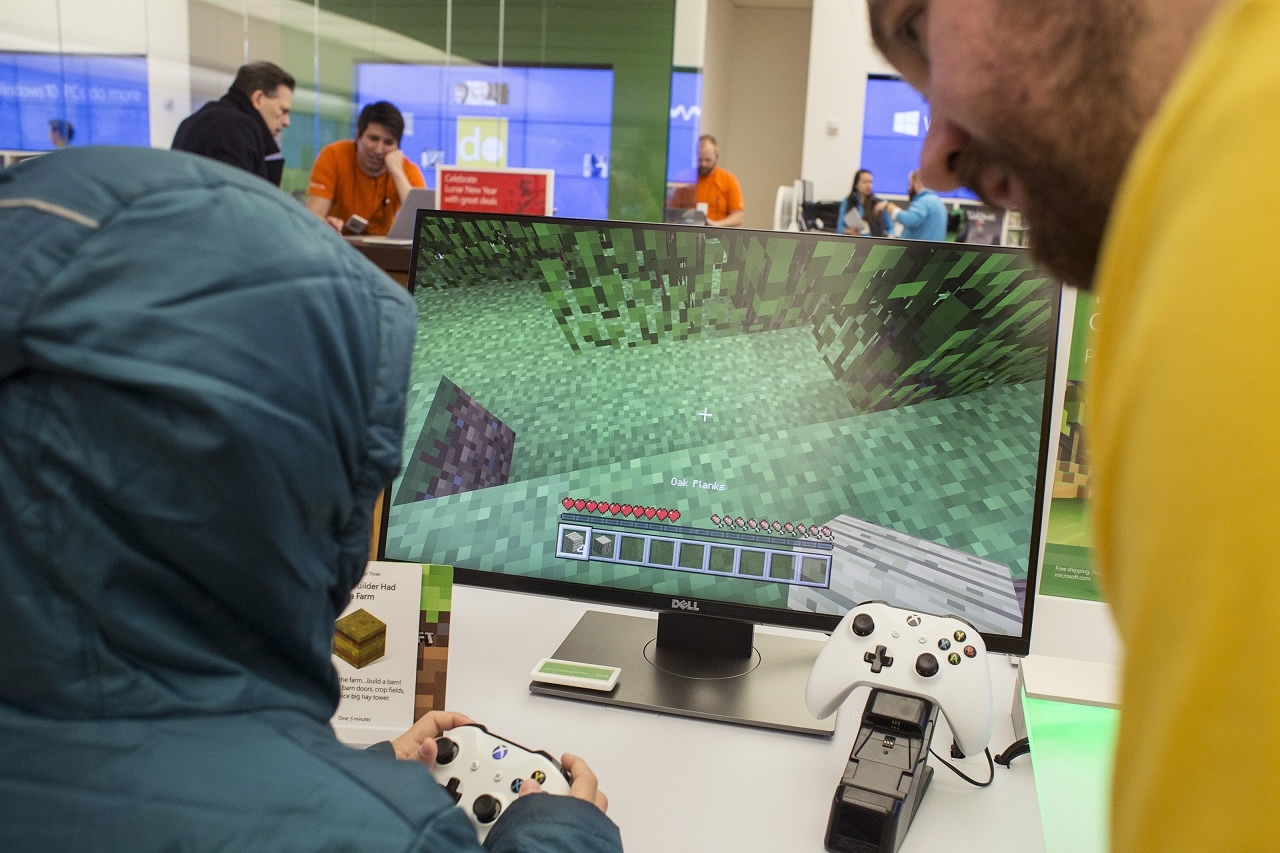 An employee assists a boy playing Minecraft at a Microsoft Corp. store in Bellevue, US on Thursday, January 26, 2017. /VCG Photo
In China, the game is said to be very popular among teenagers, for its creative gameplay.
According to a poll on mcbbs.net, a Chinese Minecraft fan forum, nearly 90 percent of players are less than 18 years old, with 24.2 percent younger than 12.
NetEase, the operator of the Minecraft in China, put up the official website of the game announcing that the first internal test will begin on April 10. The test will only be available to PC gamers, but NetEase said it will eventually make the Chinese version parallel to the international version.
Copyright © 2017