Its mother ship Xiangyanghong 09 set sail for the Yap and Mariana trenches, with Jiaolong and 96 scientists aboard on May 16, the beginning of the third stage of China's 38th oceanic scientific expedition.

The ship arrived at the Mariana area on Monday after sailing 1,800 sea miles in six days, and started testing temperature, salinity and depth for Tuesday's dive, the first of the expedition's third stage.

Ten dives are planned for the third stage. The first is expected to reach a depth of 4,800 meters and last about nine hours.

Where is Jiaolong diving? 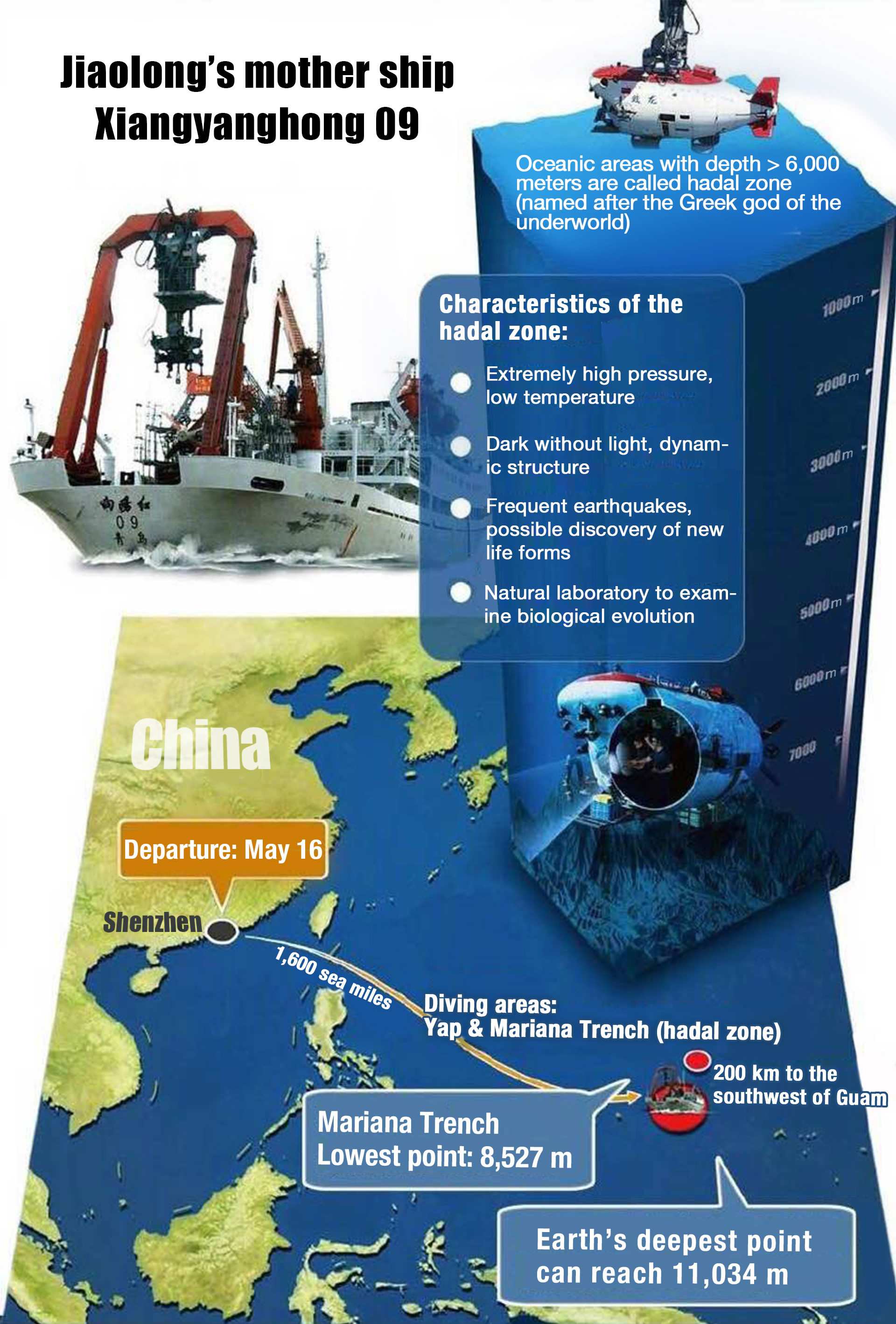 According to Tang Jialing, chief crew member for Tuesday's operation, the dive will take place at the steeper northern slope of the Mariana's Challenger Deep and Jiaolong will navigate underwater for two or three kilometers.

In addition to allowing the crew to observe the seabed closely, the mission will also make videos and photograph the seafloor.

With its two mechanical arms, Jiaolong will collect samples of sea water, sediment, deep-sea life and rocks depending on the circumstances.

The mission will study the mineralogy and geochemistry of sediment and rocks in the area to raise understanding of geological activities. Research will include deep-sea microbes and other life forms, according to Tang. 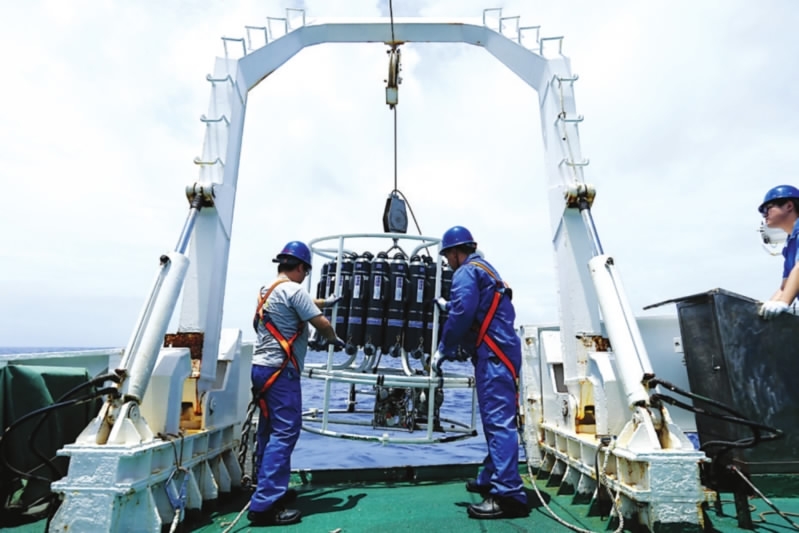 After today’s dive, the following four dives in the trench will reach depths of up to 6,700 meters.

The 38th oceanic scientific expedition started on February 6. Jiaolong made dives in the northwestern Indian Ocean and the South China Sea in the mission's first two stages.

Named after a mythical dragon, Jiaolong reached a maximum depth of 7,062 meters in the Mariana Trench in June 2012.

Check out a list of Jiaolong's key dives and moments: