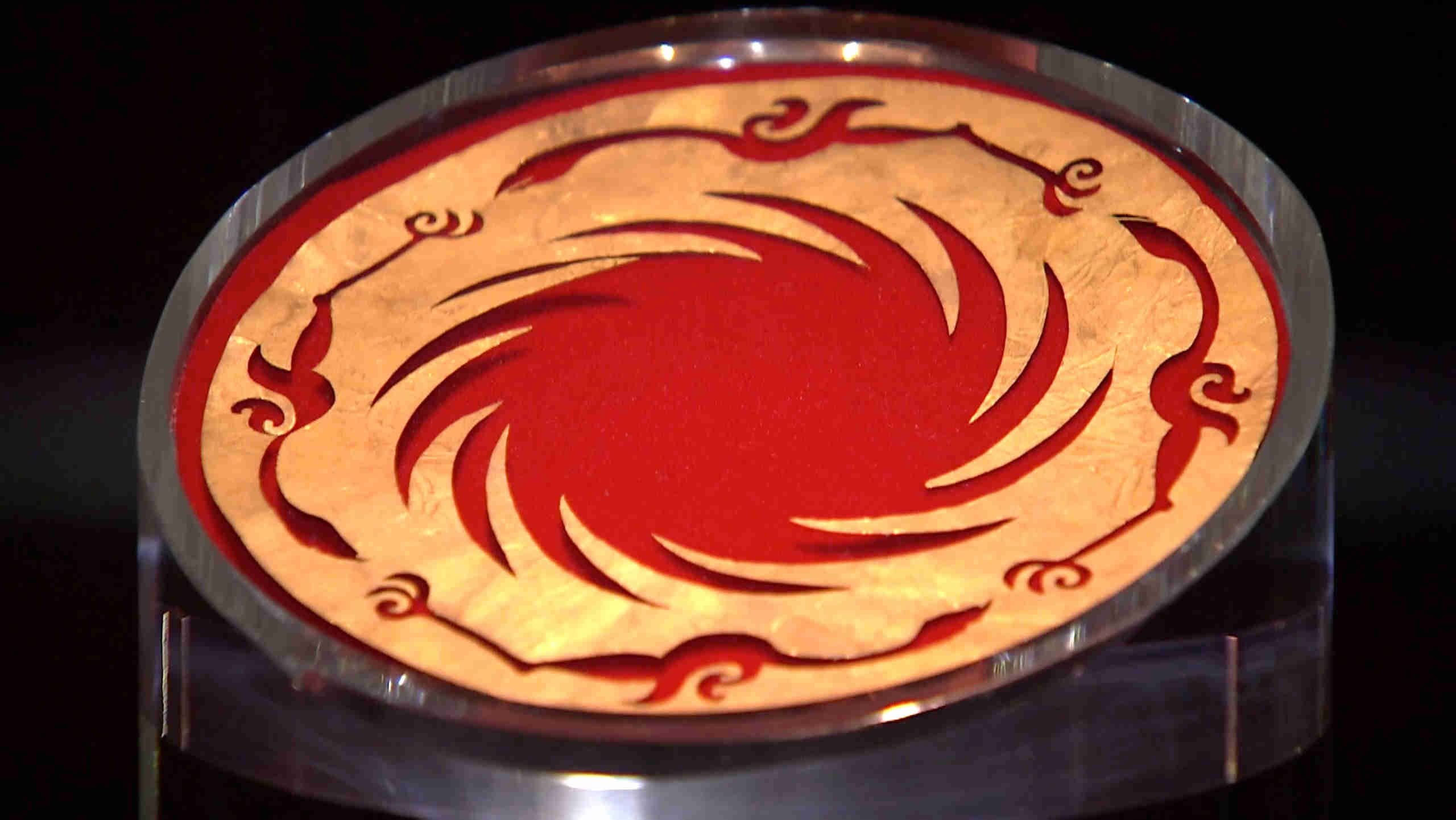 A gold foil featuring the sun and immortal birds is the symbol of Jinsha Site Museum in Chengdu, capital city of southwest China’s Sichuan Province. /CGTN Photo
Like many others, it was unearthed in 2001 at Jinsha excavation site by accident. Through archaeological studies, researchers deduced that it is a totem for sun-worship. And they believe that the relics could date back to a time from 1,200 BC to 550 BC.

The totem in Jinsha Site Museum represents sun-worshipping in an ancient civilization in Chengdu. /CGTN Photo
The site tells a lot about the history of Shu — relics from a site named Sanxingdui, dating back 4,000 to 5,000 years, include traces of the sun and immortal birds.
To help people understand the past, a museum was founded at the site in 2007. The pits are well-preserved and provide a look back more than 3,000 years, when ancient people prayed to heaven and earth for peace and contentment. 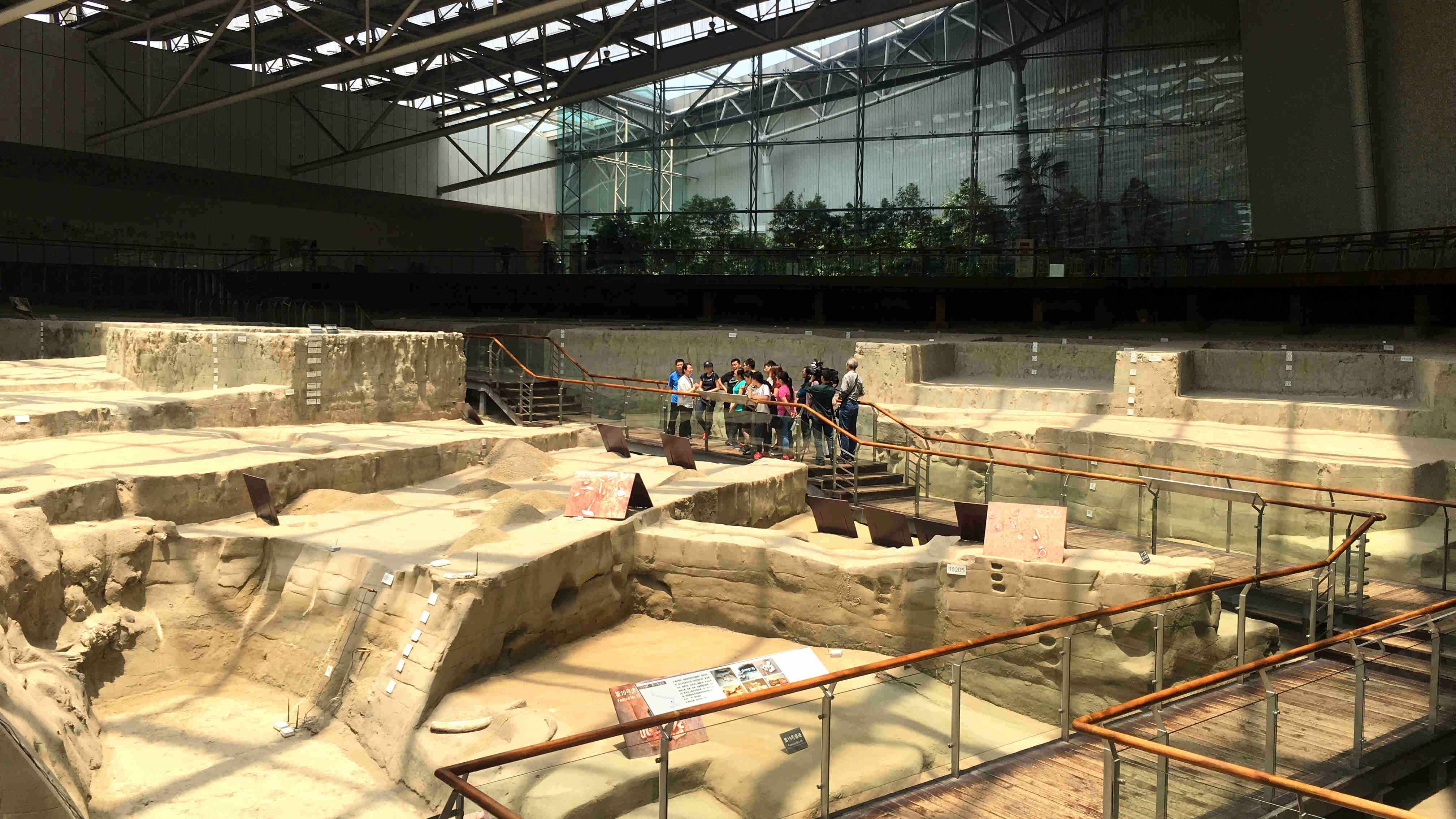 Over 5,000 gold, jade and ivory works have been unearthed since 2001 at Jinsha excavation site. /CGTN Photo
Studies show the site was used for offering sacrifices. Tons of ivory works have been identified. But still, the totem and artifacts remain a mystery to many people.
Now in Jinsha, virtual and augmented reality are helping to unlock ancient mysteries. Even for archaeologists, these are improvements. 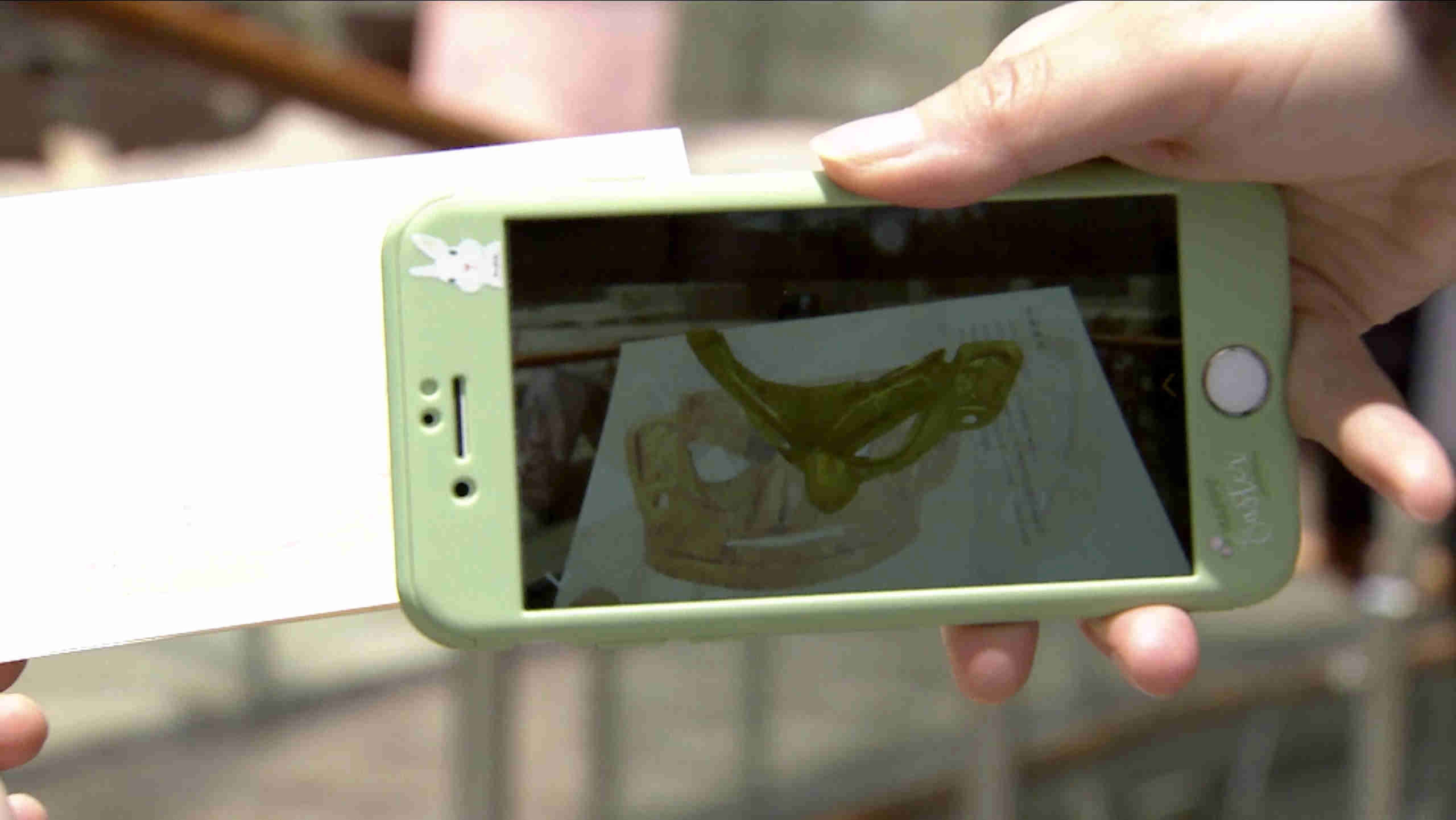 Modern technologies like virtual and augmented reality are installed in the museum to help to unlock ancient mysteries. /CGTN Photo
Rasmi Shoocongdej, an archaeologist from Thailand, said the technology helps people better understand reconstructions of the past, the ways of life, how people in the past built structures or artifacts, and how they appeared in this area. 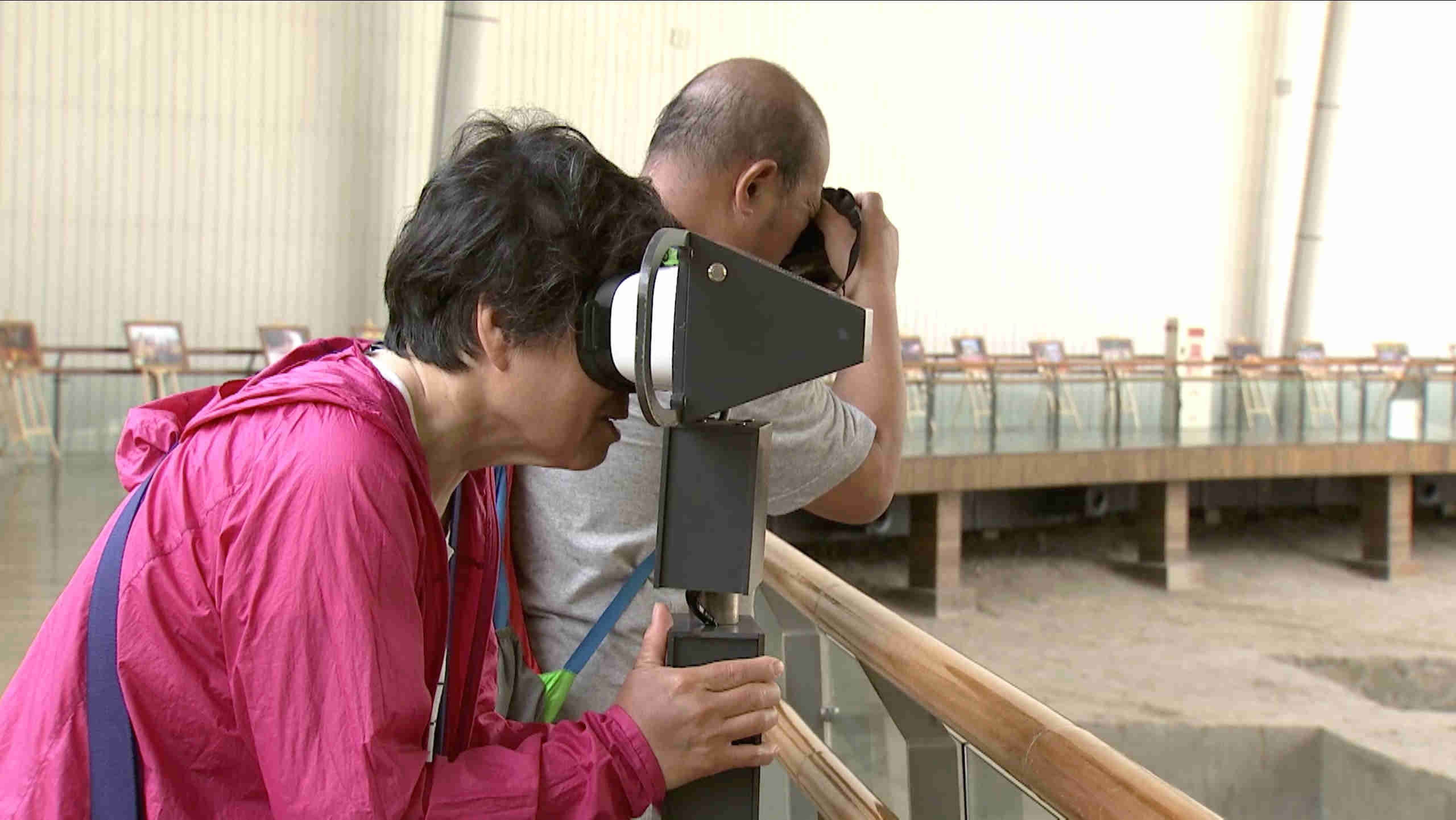 A visitor uses modern technology in the museum. /CGTN Photo
The museum said it’s trying to integrate technology to improve the experience for visitors. For them, solving the mystery of the ancient totem is appealing, but getting more people to understand it is more important.
1521km
Copyright © 2017