Chinese Vice Premier Wang Yang delivered a keynote speech on the fourth International Arctic Forum in the Russian city of Arkhangelsk on Wednesday, expressing China’s willingness and capability to play a greater role in Arctic development and cooperation.
China has taken part in Arctic affairs legally for a long time, acting as the participant, constructor and contributor, said Wang, adding that “China has adhered to three principles – respect, cooperation and sustainability - to take part in the Arctic affairs.” Other aspects of his speech concerned environment protection, passage construction and maintaining peace.
“China will actively participate in the Arctic environmental governance and cooperation,” said Wang, proposing the international community strengthens environmental and ecological protection in the Arctic, and makes it a priority.
Wang called for scientific research to be deepened, with the Arctic a “test site” for global scientific research projects. Nations should help to promote the comprehensive exploration of the area in a bid to lay a solid foundation for protecting and using Arctic resources rationally, said Wang, before adding that China will invest more to launch advanced scientific platforms and improve its level of scientific investigation.
China at the same time, according to Wang, encourages its enterprises to take part in the construction of Arctic passages, and supports them to enhance cooperation with the Arctic nations on clean energy. “China is willing to establish an optimal work mechanism with countries inside and outside the Arctic area, promoting cooperation and exchanges in all fields.”
Wang also called for joint efforts in maintaining a peaceful and stable Arctic, saying it was the premise of Arctic prosperity. 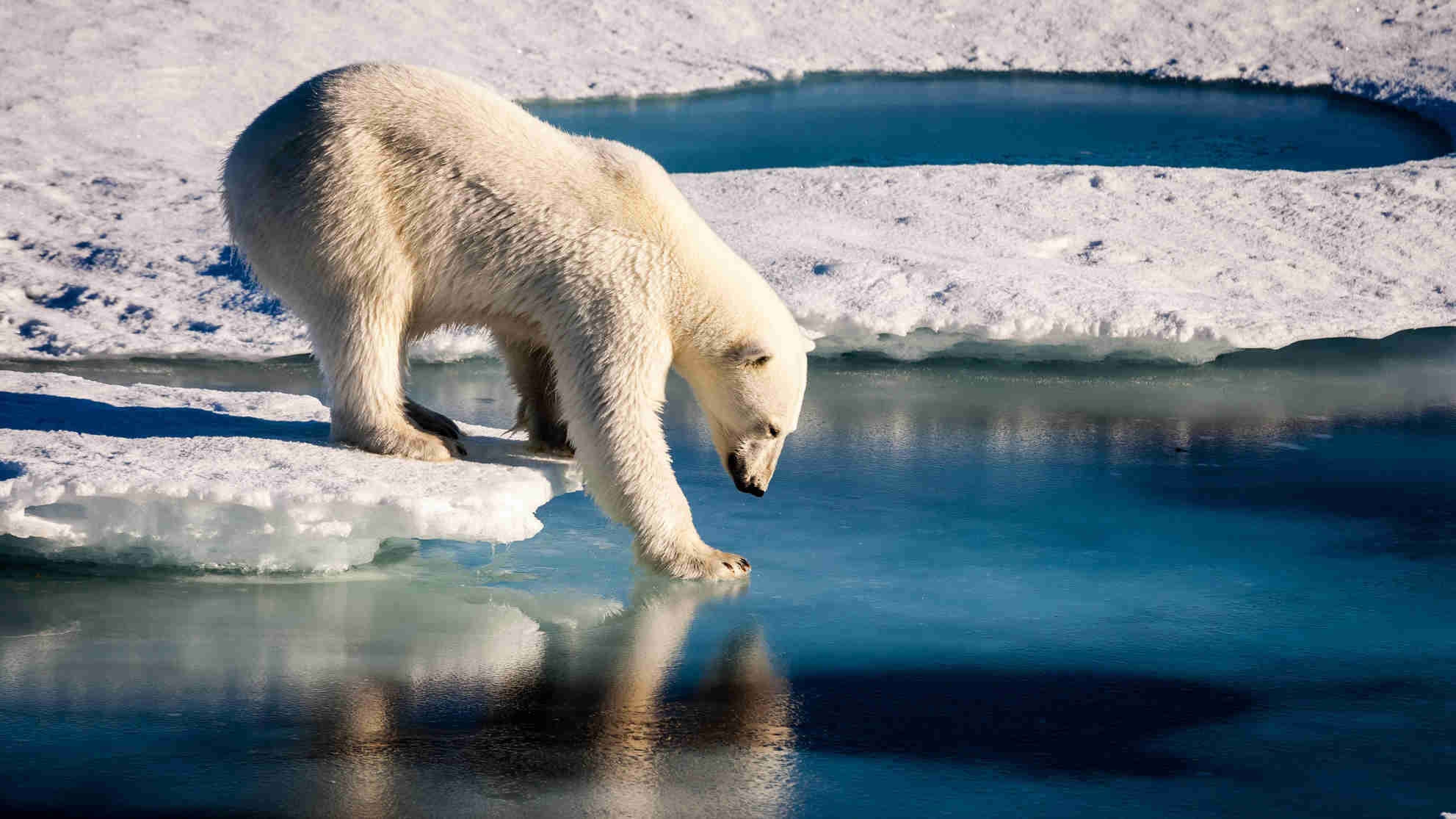 A polar bear tests the strength of thin sea ice in the Arctic. /CFP Photo
The two-day forum is one of the key platforms for discussing the problems and prospects of the Arctic region at an international level. The event is designed to bring the global community together in the interests of securing the effective development of the Arctic and improving the lives of its residents.
During his visit to Russia, Wang will also join Russian Deputy Prime Minister Dmitry Rogozin at the chairmen's meeting of the joint commission for regular meetings between the Chinese and Russian Prime Ministers.
5424km
Copyright © 2017