Xiong'an New Area: A pie falling from the sky for locals?
BUSINESS
By Yang Di

Excitement has swept through the small northern county of Xiongxian in China’s Hebei Province, following the announcement of a national plan by the Chinese central government on Saturday to advance the under-developed area, of which the county is a part.
The future satellite region southwest of Beijing has been named Xiong'an New Area, presumably after the two major counties included in the plan, namely, Xiongxian and Anxin. According to a circular issued by China’s State Council, the new area will help ease the strain on resources in the Chinese capital.
The first wave of excitement following the announcement was brought into town by property investors in anticipation of a jump in prices ahead of an expected infrastructure boom.
Hundreds of prospective clients swarmed into the office of a local property developer named Hot Spring at midnight on April 2, hoping to cut a deal before any hike in prices or government intervention, an unnamed salesperson representing the developer told Beijing News.
Hotel rooms in the county have been at a premium, filled with “guests coming from out of town”. 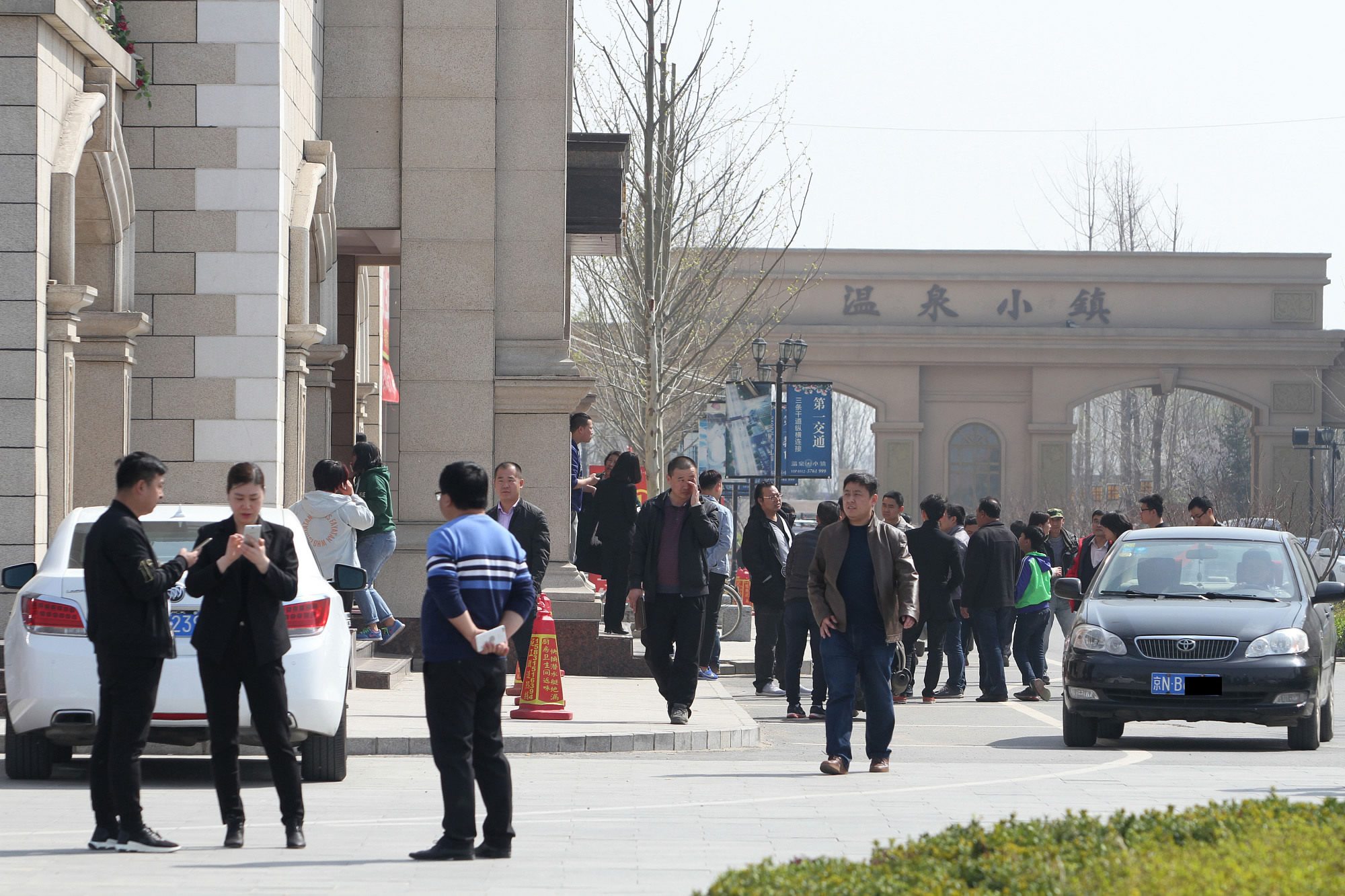 Investors from outside of Xiongxian flock to offices of local property developers in the hope of cutting a deal before prices go up, April 2, 2017.
The buzz of excitement was shared by communities of native Xiongxian people living and working away from their hometown.
“I was so excited that I didn’t sleep the whole night”, a 32-year-old man under the pseudonym of Chen Bo told Beijing News.
Chen left home eight years ago and has since been working in Beijing, 108 kilometers away from Xiongxian.
“Dozens of Xiongxian locals working with me here are all thrilled and they’ve rushed home by now,” Chen said, who is also considering returning to find a new career.
He said it felt as if “the plan is a pie falling from the sky”.
Chen looked to respond rapidly by sending his wife back home on the night of the announcement to learn about the housing policies back in Xiongxian, only to learn that the local government was two steps ahead.
The county administrators held an emergency meeting on Sunday and later suspended real estate sales in the town.
“All the properties on sale had all been sold out on Saturday night with buyers paying in total”, the Hot Spring salesperson said.
Having a local Hukou, China’s housing registration on which social welfare is pegged, has suddenly become more attractive in Xiongxian. However, outsiders looking to get a slice of a lucrative piece of economic pie may find a Xiongxian Hukou hard to come by, due to a freeze on moving one’s Hukou from different areas to the county, a policy reportedly in place since last year. 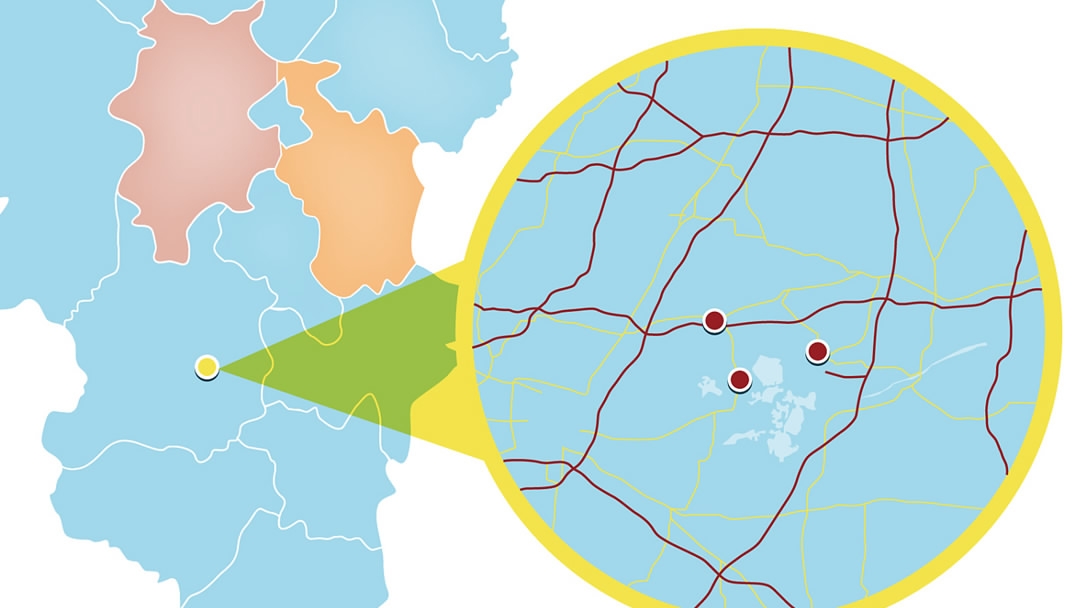 The area on the left in darker red signifies Beijing, orange marks Tianjin while the three dots symbolize the three counties of Xiongxian, Xinan and Rongcheng, which constitute the newly announced new area economic zone.
But why is there so much buzz around this announcement? The central government has called the plan "a strategy crucial for a millennium to come," and previous similar announcements led to the establishment of Shanghai's Pudong New Area and the Shenzhen Special Economic Zone, all of which have proved to be roaring successes.
The expected pouring in of investment and funding for the counties is reason enough for people to be optimistic about the area’s future potential as China's next Pudong.
China’s strategy to further integrate the Jing-Jin-Ji region, spanning the two municipalities of Beijing and Tianjin and Hebei Province, received 984 billion yuan (about 143 billion US dollars) in funding from China Development Bank, a policy lender, in 2016.
But Xiongxian, Xinan and Rongcheng county, another part of the new area, have a lot of catching up to do before they can compete with Beijing and Tianjin as attractive destinations for talent and investment.
Measured by GDP per capita, the three counties still lag far behind the two municipalities. The annual national output per person of Xiongxian, the most developed of the three, is just over 26,000 yuan (around 3780 US dollars). The figure is almost half of that in Shijiazhuang, Hebei’s provincial capital, which has a GDP per capita of 50,800 yuan (7390 US dollars). Shijiazhuang itself lags behind Beijing's 2016 per capita GDP of 115,000 yuan (around 16,707 US dollars).
Copyright © 2017