‍At least 24 people were killed when a passenger bus fell into a ravine in a northern mountain town in the Philippines late on Monday morning, AP reported citing local officials.
Disaster-response officer Mark Raymond Cano told AP that the brakes of the bus failed as it passed over a downhill road in Nueva Ecija province's Carranglan town.
The injured, many of whom are in a serious condition, have been sent to a hospital, Cano added.‍
Robert de Guzman, Carranglan police chief, said the bus was on its way to Ilocos Sur from northern Isabela province when the incident took place at around 11 a.m. local time. 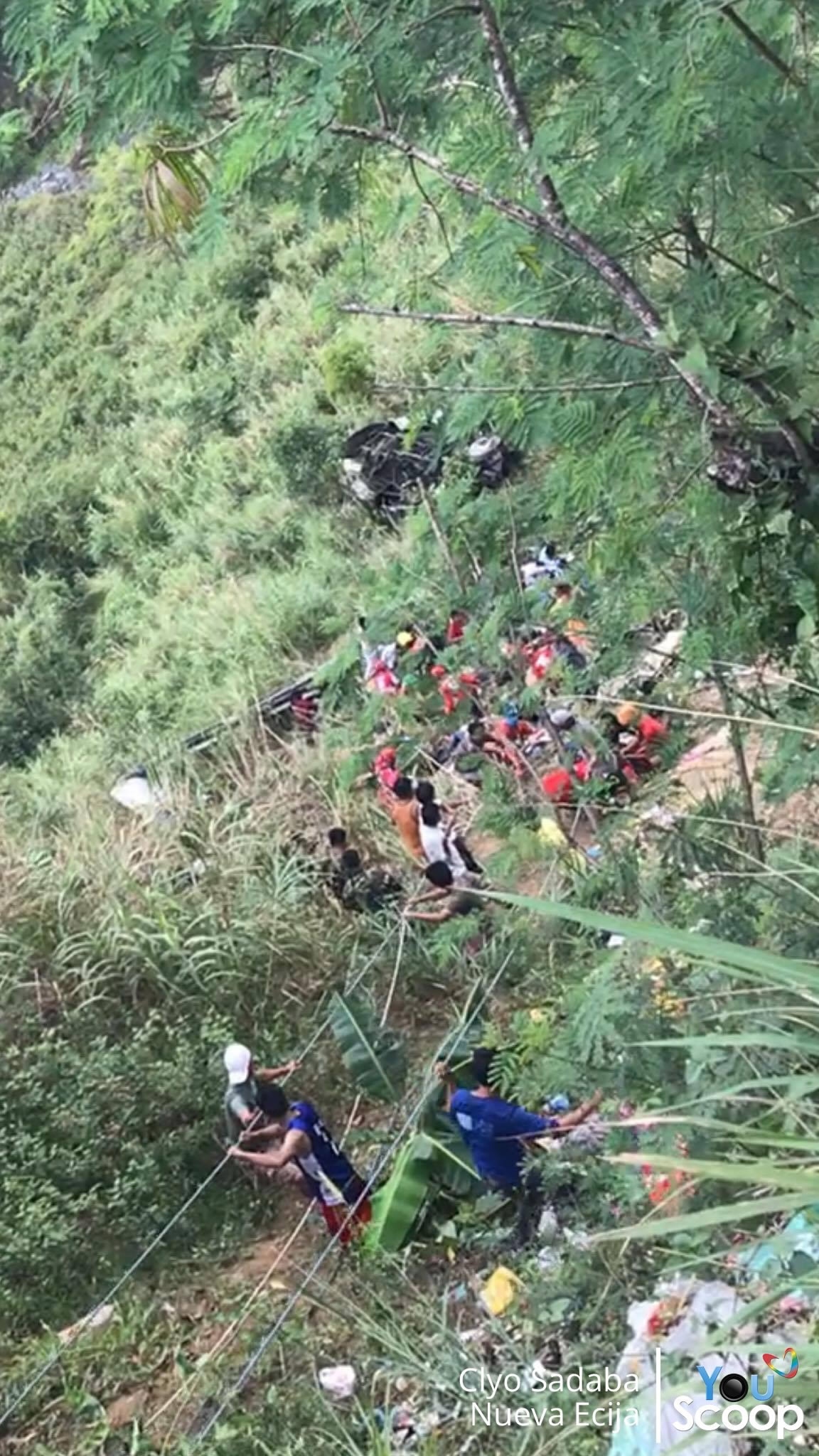 Photo  from Twitter.com.
Bystanders witnessed the speeding minibus fall into a ravine 80-100 meters deep, said De Guzman, adding that the vehicle was completely wrecked.
In a statement, the Philippines Presidential Palace expressed condolences to the families of the victims and promised that the people behind the fatal incident would be held accountable.
The incident is one of the country’s deadliest road accidents in years.
The bus was reportedly carrying around 60 passengers. A rescue operation and investigation are underway.
In February, 15 people were killed after a sightseeing bus carrying college students smashed in to a concrete electrical post on a steep downhill road in Rizal province east of Manila.
2702km
Copyright © 2017