Deng Xiaoping (1904-1997), who is widely known as "the chief architect of China's reform and opening-up” for his painstaking efforts in leading the country's transformation drive, died 20 years ago on February 19, 1997.
To mark the anniversary of his death, here are four ideas initiated by Deng that have changed China and the lives of its more than one billion people over the past four decades. 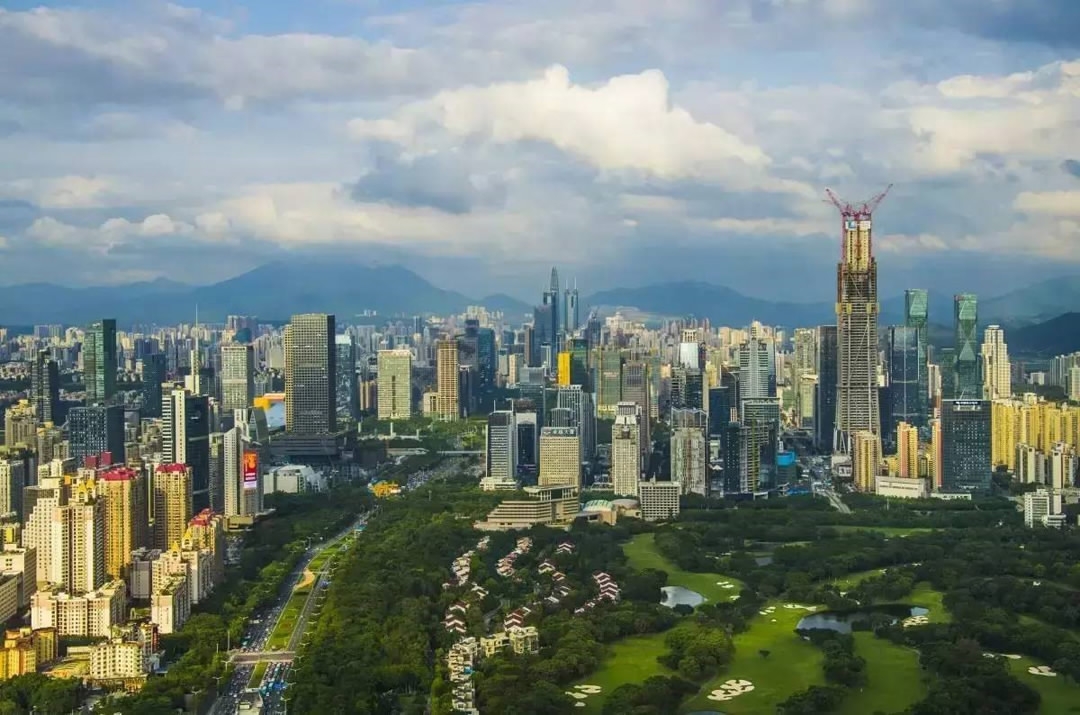 The landscape of Shenzhen, one of China’s first special economic zones.
Reform and opening-up
The policy was adopted at the Third Plenary Session of the 11th Central Committee of the Communist Party of China (CPC) on December 18, 1978.
China had just put an end to the “cultural revolution” (1966-1976), and was in a backward and closed or semi-closed state with the economy on the brink of collapse.
The country’s reform began in rural areas and later spread to cities, from the economic sector to political, cultural, social and other fields. Through the opening-up endeavor, the country launched special economic zones in coastal areas including Shenzhen, and set up a vibrant socialist market economy that was open to the outside world.
Back in 1978, China’s gross domestic product (GDP) accounted for only one percent of the world’s total. By 2015, it was 15.5 percent.
The policy has delivered real benefits to China’s more than one billion people, whose livelihoods have undergone great changes — from lack of adequate food and clothing to moderate prosperity. 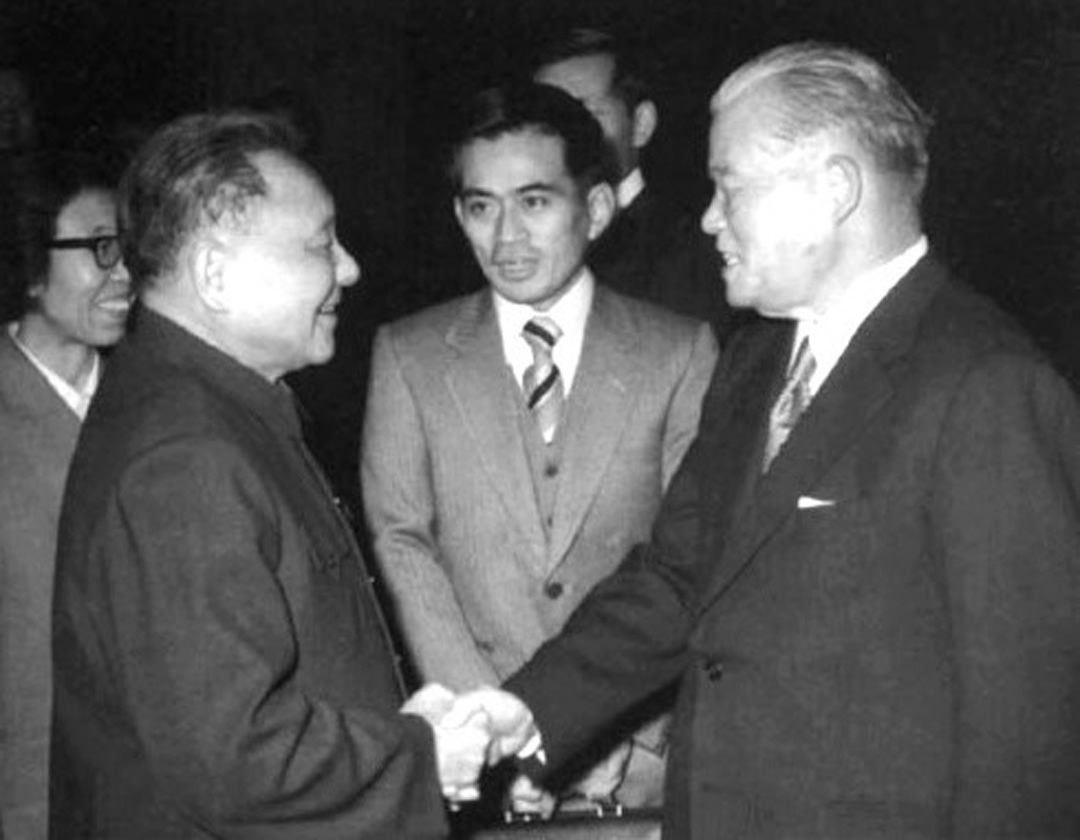 Deng Xiaoping (L) meets with Japanese Prime Minister Masayoshi Ōhira on December 6, 1979./China.org.cn Photo
A well-off society
The vision was first mentioned during Deng’s meeting with the visiting Japanese Prime Minister Masayoshi Ōhira on December 6, 1979.
The standard for a well-off society, according to Deng, was an annual per capita GDP of 800 US dollars by the end of the 20th century - the figure was 253 US dollars at the time.
The concept has been further enriched since. The CPC Central Committee has set the goal of completing the process of building a moderately well-off society in all aspects by 2020. The per capita GDP should be double the figure of 2010, which was about 4,500 US dollars. 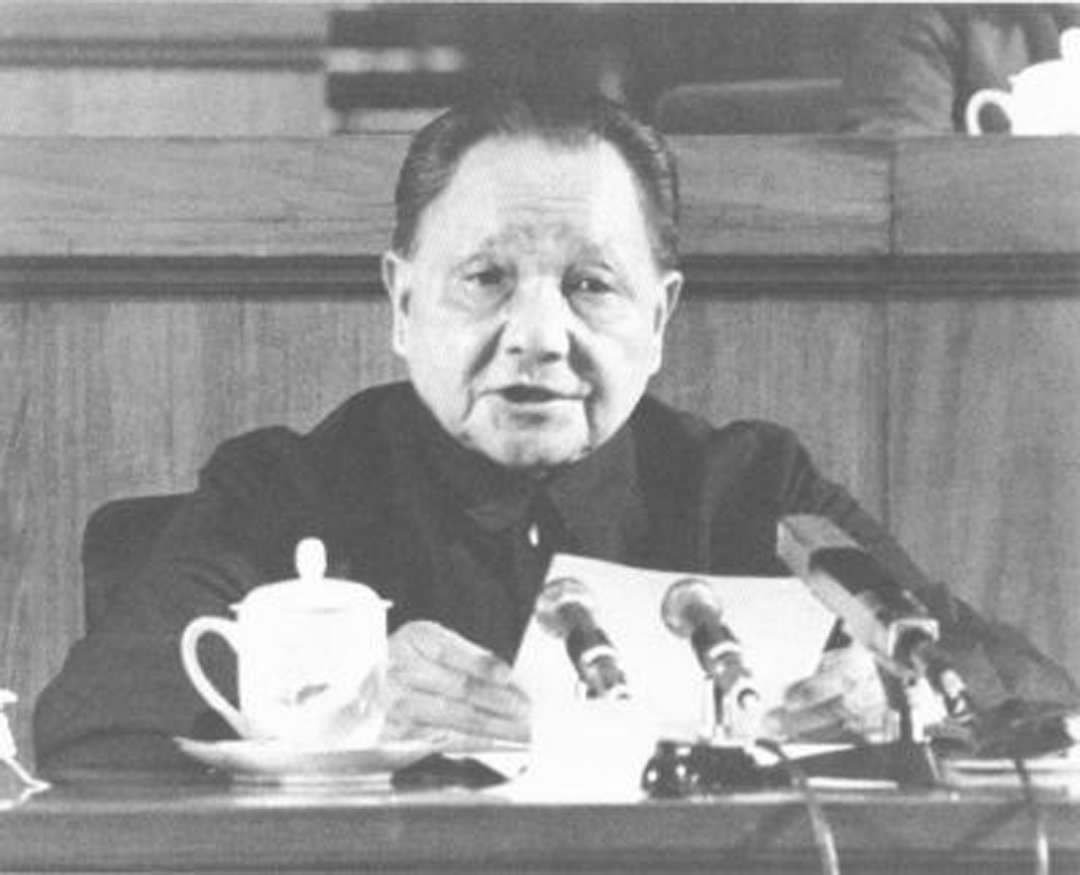 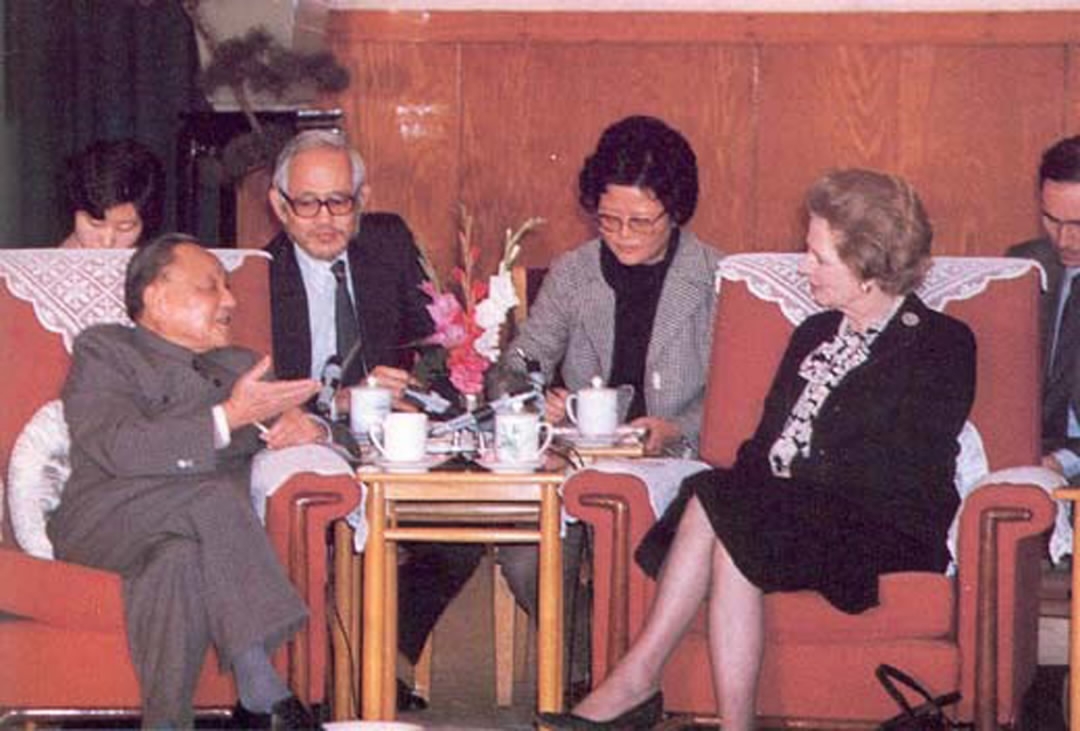 Deng Xiaoping (L) meets with British Prime Minister Margaret Thatcher in Beijing on December 19, 1984. The two governments signed The Joint Declaration on the Question of Hong Kong, which ushered in a period of sound development in Sino-British relations./China.org.cn Photo‍
One country, two systems
In the early 1980s, Deng put forward the concept in an effort to realize the peaceful reunification of China.
According to Deng, there is only one China - under this premise the mainland adheres to the socialist system while Hong Kong, Macao and Taiwan may retain their capitalist systems.
A new Constitution of the People's Republic of China was endorsed relating to the concept on December 4, 1982.
On July 1, 1997, the Chinese government resumed its exercise of sovereignty over Hong Kong, formerly a British colony for over 150 years. At the same time, the Hong Kong Special Administrative Region was established and the Basic Law came into effect which ensures executive, legislative and judiciary autonomy. The same principle was applied to Macao’s return from Portugal on December 20, 1999.
Though Deng is said to have planned to attend the handover ceremony in Hong Kong, he passed away just months before the event.
Brief profile of Deng Xiaoping
August 22, 1904 Born in southwest China’s Sichuan Province
1920-1926 Joined the CPC while studying in France, and later studied in Soviet Union
1927-1949 Returned to China and participated in revolutions
October 1, 1949 Attended the proclamation ceremony of the People's Republic of China in Beijing
1949-1952 Worked in the country’s western regions as a leading figure
Since 1952 Occupied different positions in the central government in Beijing including Minister of Finance, Chairman of the CPC Central Advisory Commission, and Chairman of the Central Military Commission
February 19, 1997 Died at the age of 93 from a lung infection and Parkinson's disease
Copyright © 2017