The Democratic People’s Republic of Korea (DPRK) announced on Tuesday a temporary ban on the exit of Malaysian citizens in the country, until the safety of the DPRK diplomats and citizens in Malaysia is guaranteed. And in a tit-for-tat response, shortly after the news came out, Malaysia announced it is barring the DPRK diplomats in Malaysia from leaving the country.
There are 11 Malaysian citizens in the DPRK, including three staff from the Malaysia Embassy in Pyongyang, six of their family members and two staff from the UN World Food Programme, according to Malaysia’s vice foreign minister.‍
Malaysia’s Prime Minister Najib Razak called on DPRK to immediately release all Malaysians, saying the “abhorrent act, effectively holding our citizens hostage, is in total disregard of all international law and diplomatic norms." 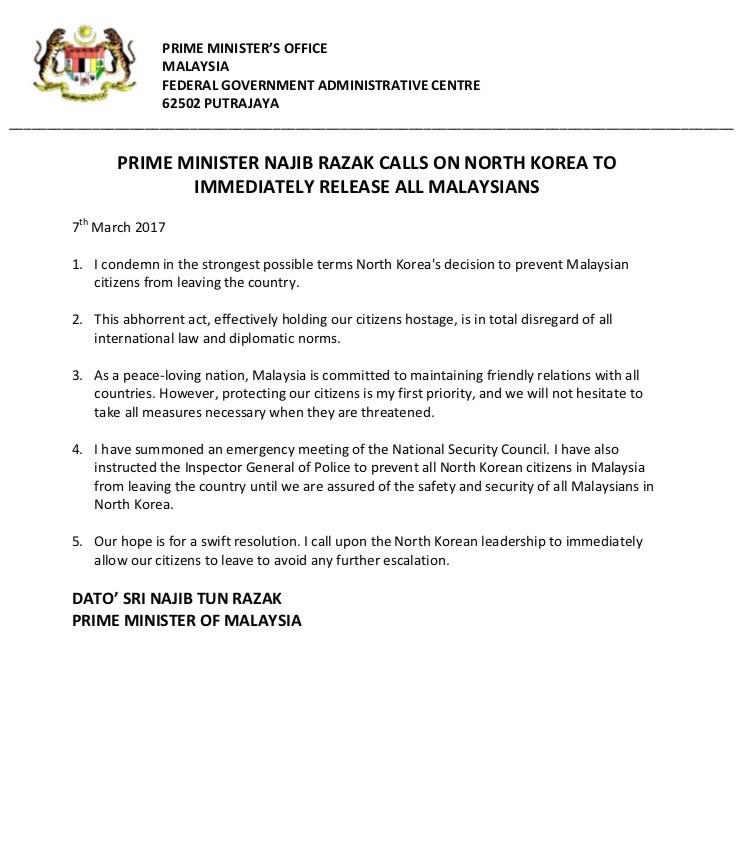 A statement from Prime Minister Najib Razak of Malaysia.
The Protocol Department of the DPRK Foreign Ministry informed the Malaysian Embassy in Pyongyang of the decision and expressed hopes that the case would be swiftly and fairly resolved in order to develop bilateral ties with Malaysia.
As for the latest progress of the investigation over the death of a DPRK man believed to be the DPRK leader's estranged half-brother Kim Jong Nam, Malaysia's police chief announced on Tuesday that some DPRK nationals wanted in connection with the case are hiding in the DPRK Embassy in Kuala Lumpur, reported AP.‍
00:01
00:48
01:41
"How much longer do they want to hide in the embassy? ... It is a matter of time before they come out," police chief Khalid Abu Bakar told reporters.
He said DPRK authorities are not cooperating with the investigation.
The Malaysian Embassy to DPRK activated its emergency response system on Monday evening after the DPRK announced the expulsion of the Malaysian ambassador to the country, according to a CGTN reporter in the DPRK. 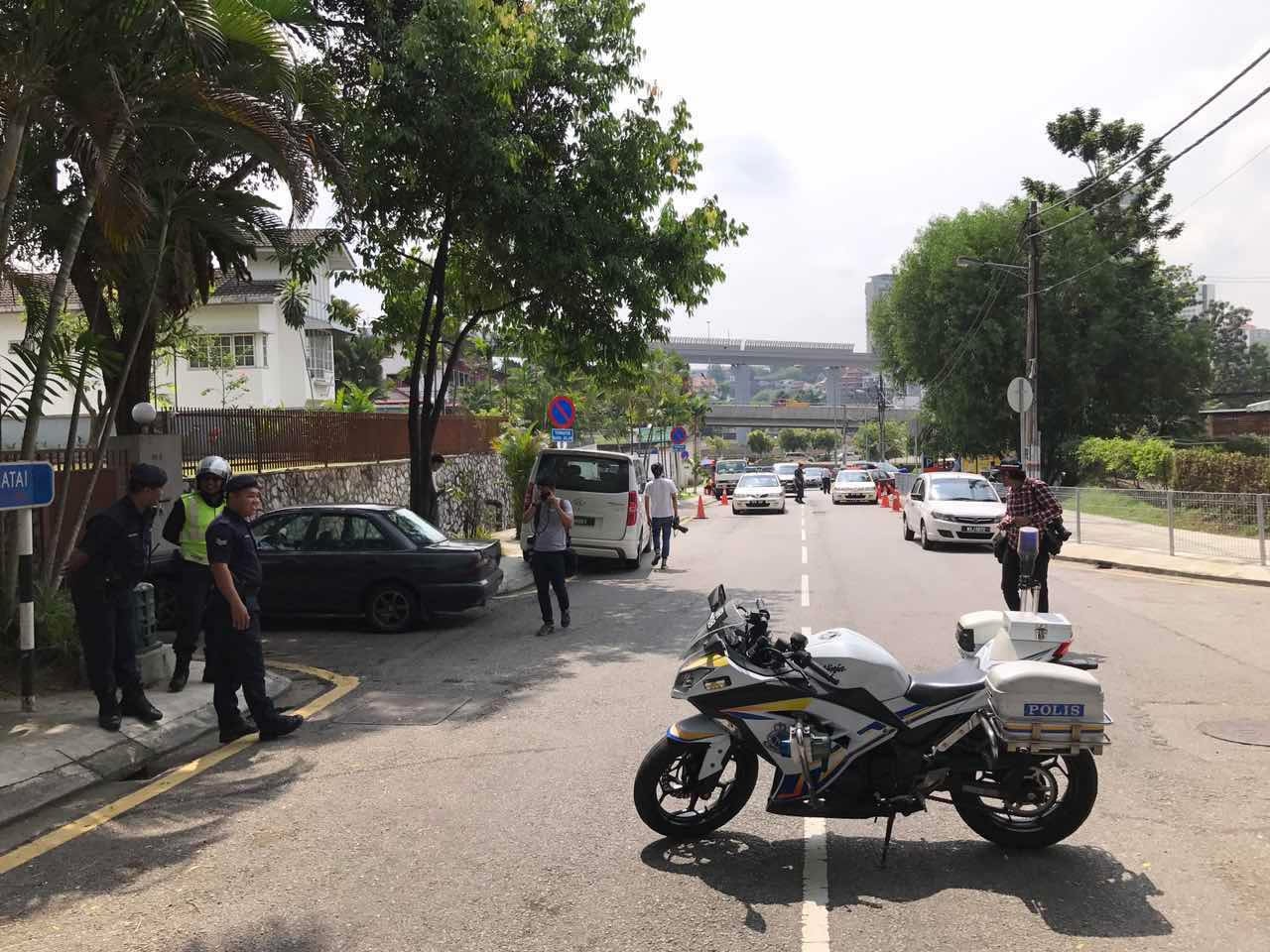 Police block the way in front of the DPRK Embassy in Malaysia on March 7, 2017. /CGTN Photo
The Malaysian Embassy staff burned documents, and some left carrying luggage. On Tuesday morning, other staff lowered the flag of Malaysia and the flag of the Association of Southeast Asian Nations. Later, three cars left the embassy in succession.
DPRK Ambassador  to Malaysia Kang Chol left the country Monday and arrived in Beijing with his wife and daughter early Tuesday morning.
Malaysian police earlier said a nerve agent VX was found on the face of Kim Jong Nam. Police say it is a type used in chemical warfare. It was discovered from swabs of the face and eyes of the victim. VX is classified as a weapon of mass destruction by the United Nations.
Copyright © 2017