US reports: China is not ‘stealing’ but creating jobs in the country
BUSINESS
By Deng Junfang

The US President-elect Donald Trump has slammed China for stealing US jobs on various occasions. However, reports from several American research companies show Chinese investments have helped the world’s largest economy increase jobs over the past decade. 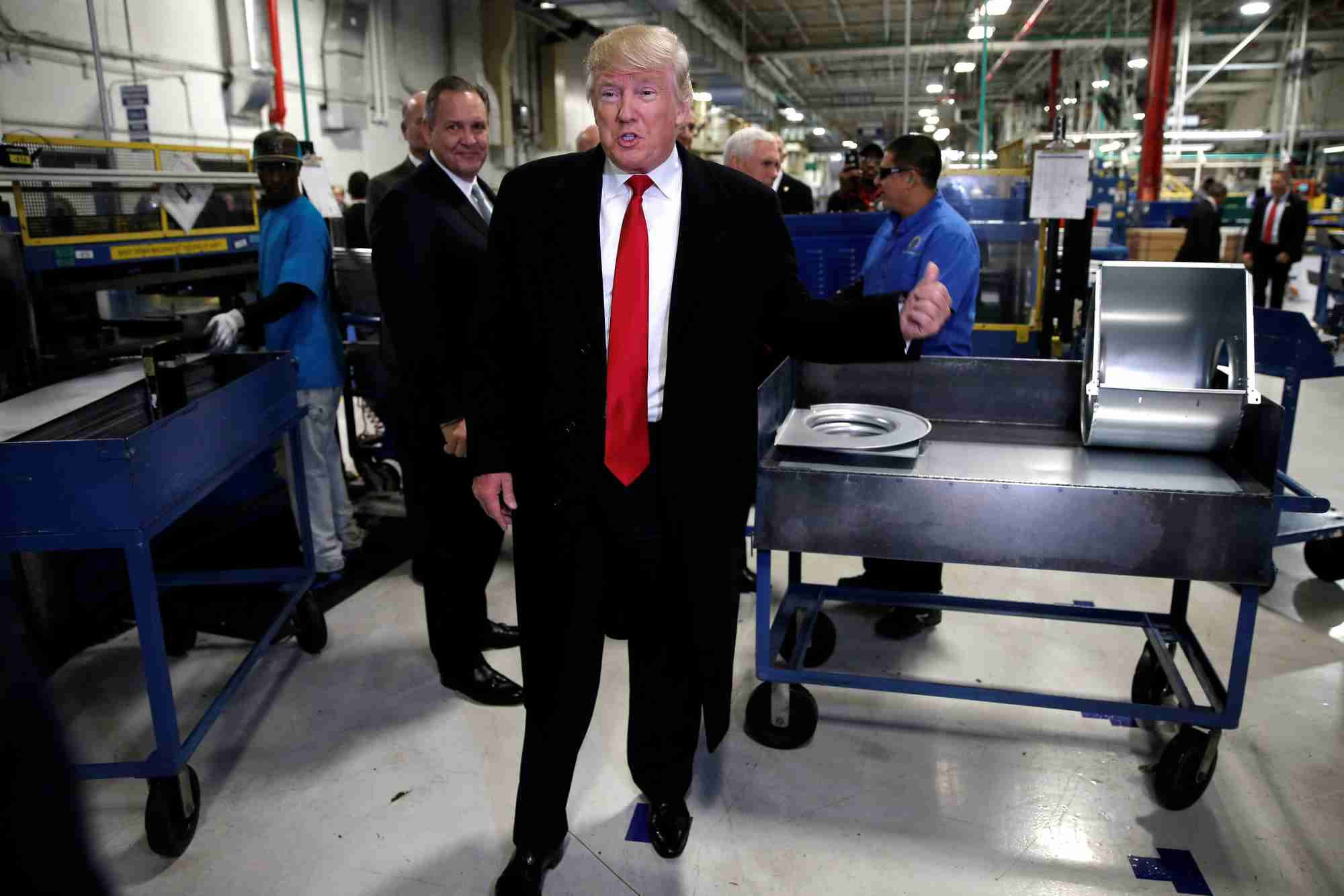 US President-elect Donald Trump tours a factory in Indianapolis, Indiana, US, December 1, 2016. /CFP Photo
According to a Rhodium Group report, Chinese investments to the US reached 109.5 billion US dollars from 2000 to the fourth quarter of 2016 – with 1360 deals being made.
Private companies completed 1,013 deals worth over 77 billion US dollars, while government-owned enterprises invested nearly 32 billion US dollars through 346 deals. 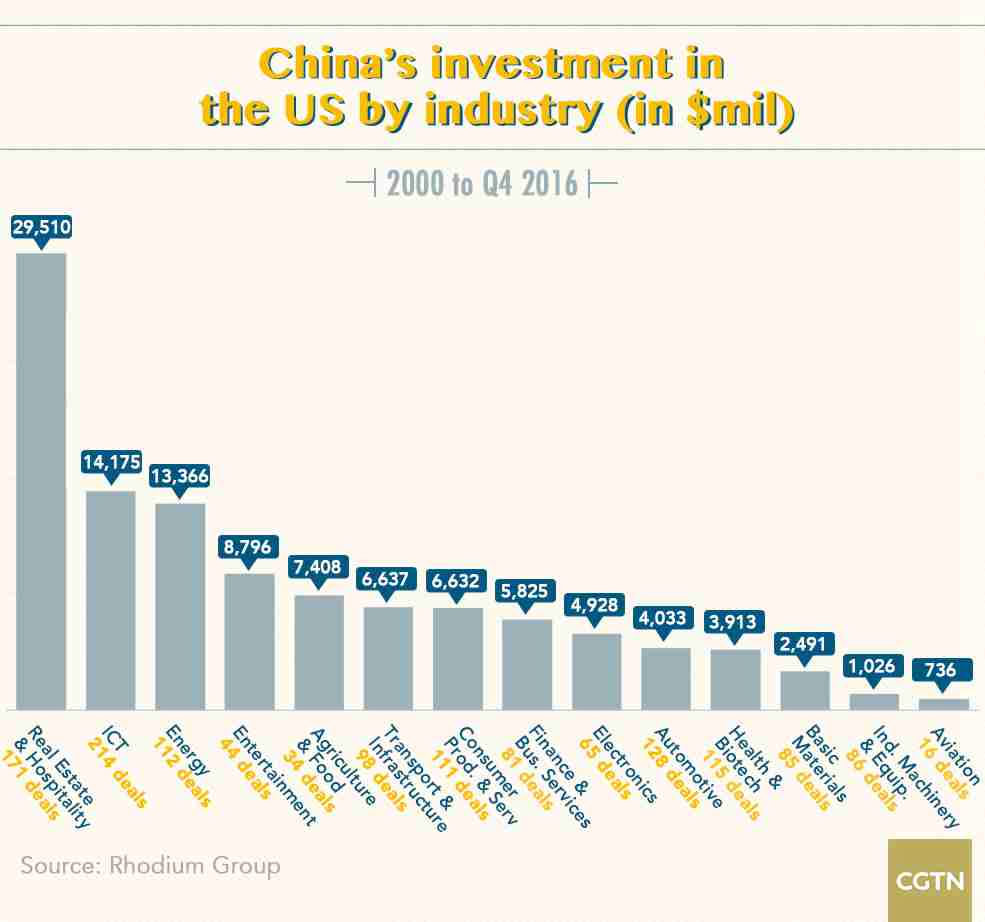 CGTN Photo
In terms of job creation, Rhodium Group says that Chinese companies created over 80,000 job employment positions in the US during the period from 2000 to 2014. The number is expected to rise from 200,000 to 400,000 by 2020 with increasing amounts of Chinese capital flowing to the country. 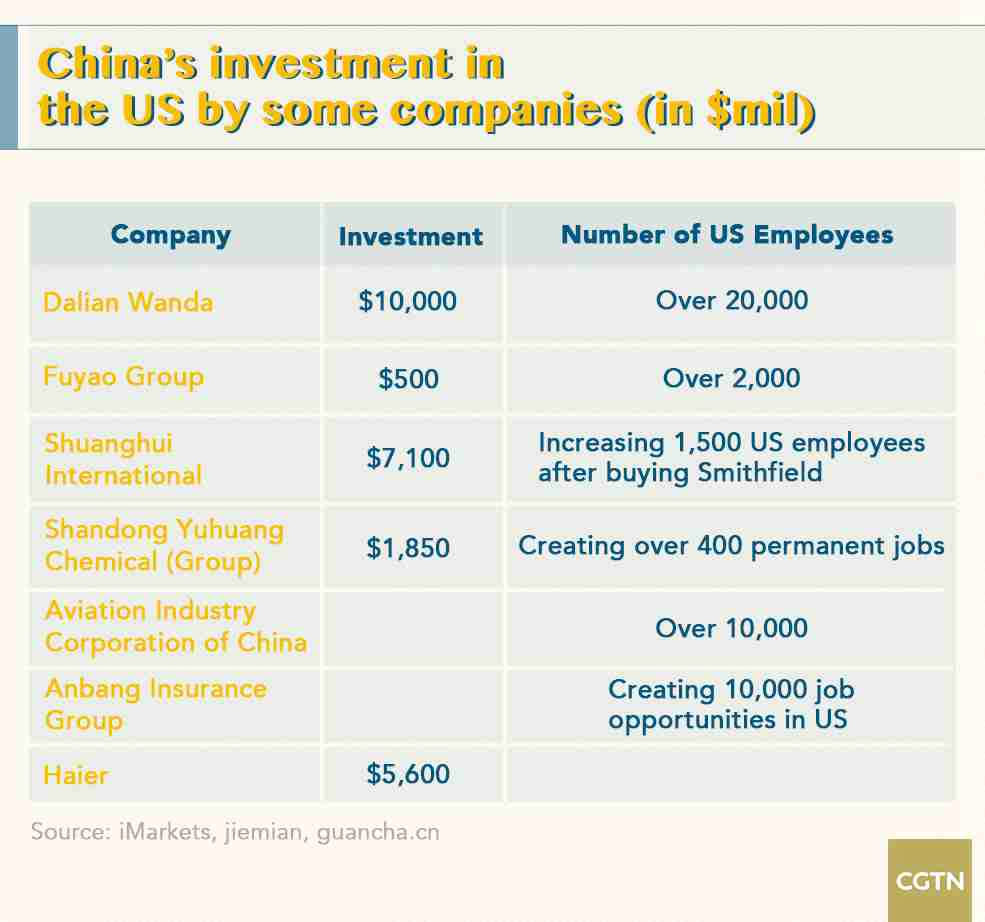 CGTN Photo
Due to China’s economic rise and its policies aimed at encouraging investment, more and more Chinese investments found their way to the other side of the Pacific Ocean.
According to Mergermarket, Chinese companies invested 53.9 billion US dollars in 2016 (as of mid-December), marking a jump of 359 percent compared with the year of 2015. 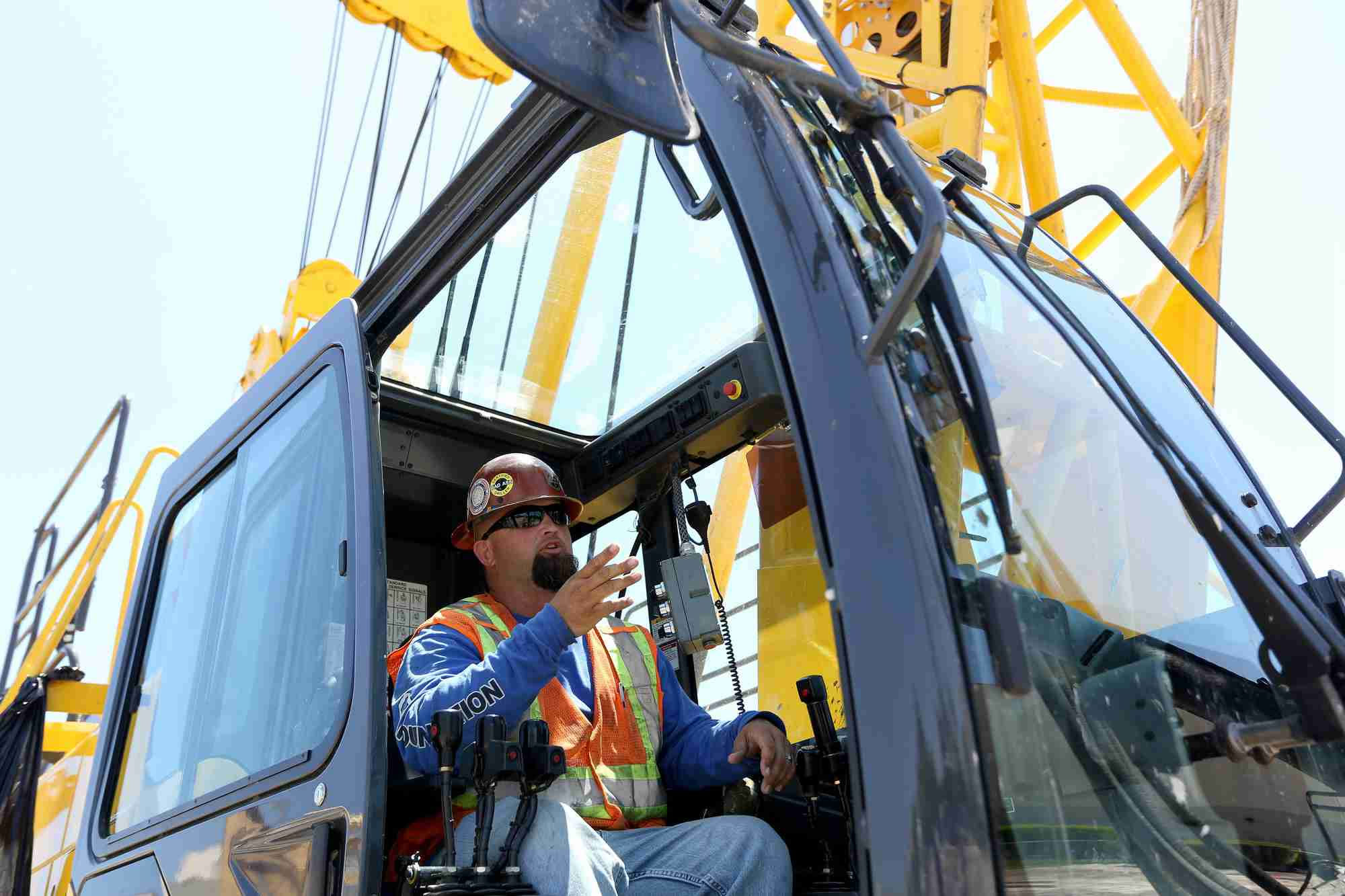 A crane operator who was hired in April, works on a job site in Miami, Florida, US, May 8, 2015./CFP Photo
Meanwhile, analysts point out the growing middle class in China will further boom the US job market. By 2022, China is expected to have a middle class population of 630 million, who will become huge potential consumers for US medical care, education services and so on.
During a phone interview with Bloomberg, former Treasury Secretary Henry Paulson said that the US should step up efforts to attract Chinese investment despite political resistance to trade with China and foreign takeovers.
“You’re going to continue to see more outbound investment from China to the West, but I don’t think we’re going to get our fair share in the US if we’re not welcoming,” he said.
Copyright © 2017