Guest commentary by Clare Pearson
I was watching WeChat images of Russian President Vladimir Putin shaking hands with China's President Xi Jinping just three hours away in Beijing. At the same time, over 60 legal and aviation professionals from Russia gathered together for a seminar about China's aviation market.
It makes a huge difference if you feel that your country has close ties with the place you are trying to do business in. When President Putin returns to Moscow, he is going to want real examples of deals facilitated by his diplomacy efforts. Countries that bring business delegations to global conferences promptly translate pleasant rhetoric into bankable business.
Any seminar linked to the topic of globalization in China will be a success – the take-off of the Belt and Road business is a testimony. Representatives of Comac (Commercial Aircraft Corporation of China) were in the front row looking confident and Cao Liuyi, Vice General Manager of property insurance Ping An, one of the biggest insurance companies in China, gave a keynote speech. Everything from manufacturing, to finance and insurance was made in China.
The reason for the momentum in the aviation asset finance market is straight forward: China offers the greatest market opportunity. Forsburg's March 2017 report on "The Land of Silk and Money" states that Chinese airlines already have 2,800 aircraft – roughly 13 percent of the world’s fleet. The fleet has been growing at a rate of 11 percent each year since 2010, and in 2016, 350 aircraft were delivered to Chinese airlines. 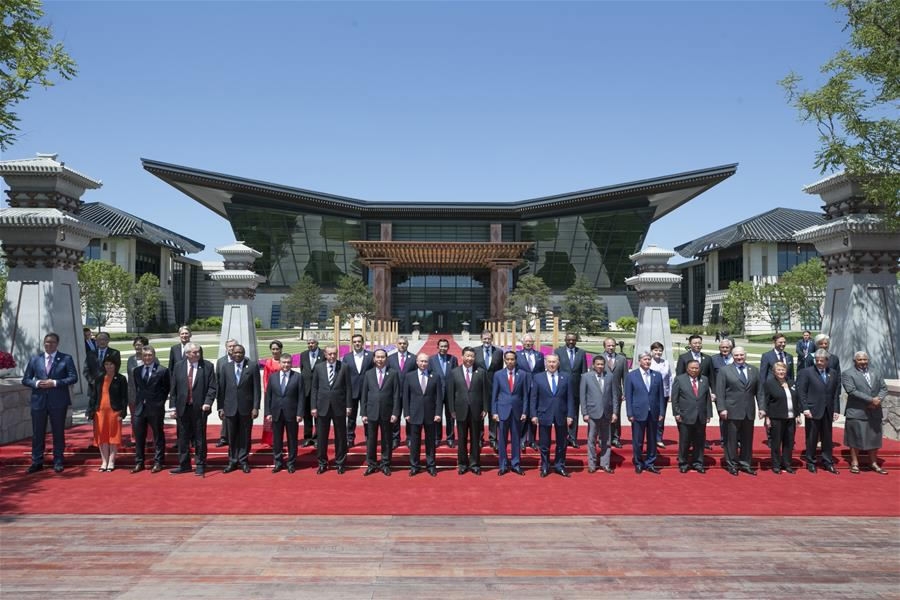 Chinese President Xi Jinping, foreign delegation heads and guests pose for a group photo at the Leaders' Roundtable Summit of the Belt and Road Forum (BRF) for International Cooperation at Yanqi Lake International Convention Center in Beijing, capital of China, May 15, 2017. /Xinhua Photo
Forsberg estimates that Chinese airlines will need another 3,200 aircraft by 2026. Already 1,500 have been ordered, but the gap the remaining 1,700 ones create could be filled by a mixture of orders and aircraft from lessor orders. The real opportunities for local and international markets are also brought by the new launch of C919, as Roy Chan, Managing Partner of DLA Piper law firm in Shanghai, estimated with genuine enthusiasm for the upcoming story.
A global view of development in the market will impact businesses along the Belt and Road. Singapore Airlines is due to release its figures and forecasts say they will not be as strong as in previous years. However, the airline is still looking at going out into the market in search of cheap debt to finance the acquisition of further aircraft, therefore the importance of aviation financing is very much relevant even to the largest and most prominent carriers.
Explaining the pivot to Asia, he noted that the impact on the export credit agencies in the aviation arena, particularly with EXIM (Export-Import Bank of the US) not having its mandate renewed, has opened up opportunities for both financiers and leasing companies to come up with creative and competitive finance and leasing structures to help fill the continued demand in the market for aircraft.
The Belt and Road Initiative is not just about globalization, it is about global governance. The cosmopolitan conversations that count are now taking place in China, with few non-Belt and Road believers in the room. Companies used to host their global seminars in London or New York, but thanks to the catalyzing impact of events like the G20 and the Belt and Road Forum, conferences are now being held in China en masse. 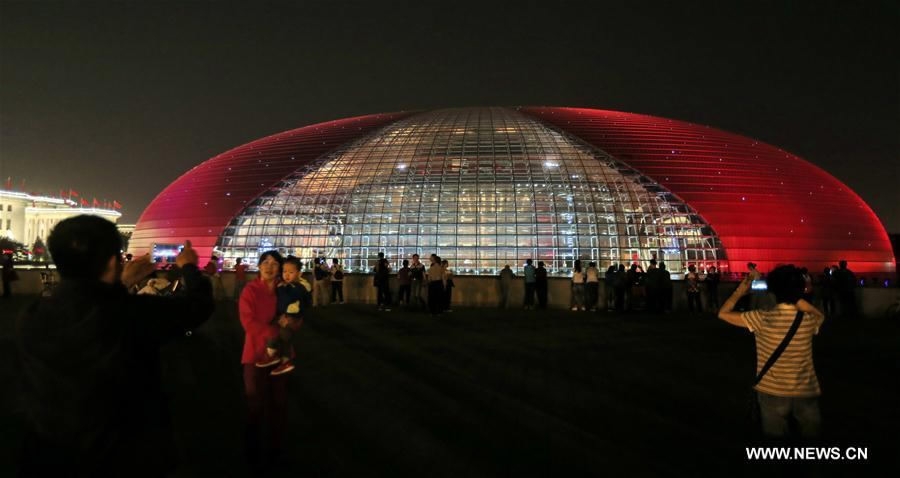 Citizens and tourists take photos outside the National Center for the Performing Arts in Beijing, capital of China, May 13, 2017. A total of 10,860 reed-shaped lights were illuminated here to greet the Belt and Road Forum for International Cooperation.  /Xinhua Photo
This is because the atmosphere is conducive to creative business – inside and outside the deal room. If you have to cross cultural chasms, there is nowhere better to cultivate business than in Shanghai. Round tables rotate so that there is no hierarchy, only inviting opportunity.
As one door closes, another opens for the new world order of the Belt and Road business. Atmosphere, welcome and responsiveness will underpin countries' business opportunities in this period of rapid change.
Common dispute. Common question. Complex answer. Shanghai specializes in some of the longest lift rides in the world, so I was able to get the full background; cultural distance; physical distance; and perceived animosity from head office.
Every company and country with a global plan faces these issues. By hosting the Belt and Road Forum, President Xi is trying to build the bridges to overcome them. The epicenter of global business is shifting and, with it, the rules of governance. To improve their elevator pitches companies and countries need to come closer together.
(Clare Pearson is Chair of the British Chamber of Commerce in China. The article reflects the author's opinion, and does not necessarily represent the view of CGTN.)
Copyright © 2017