Robert Grubbs, the head of Grubbs Research Institute in Shenzhen in southern China’s Guangdong Province, has called for more scientific talents to join his research team in China.

For his research in the field of organic chemistry, Grubbs won the Nobel Prize for Chemistry in 2005 for his contribution to olefin metathesis. He jointly established the Shenzhen Grubbs Research Institute with Southern University of Science and Technology (SUSTech). 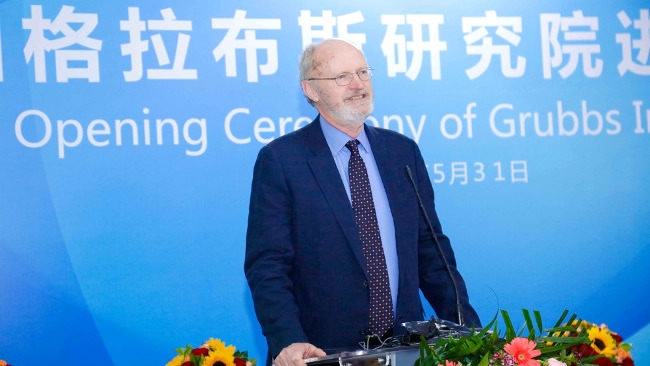 Early in April, 2014, Grubbs visited Shenzhen and praised the city as China’s Silicon Valley. “It is suitable for the development of high and new technology,” he said.

He made several visits to Shenzhen in the following two years to investigate its industrial and innovative environment and finally signed a deal with SUSTech to establish the institute in June, 2016. The center was officially inaugurated on May 31, 2017.

Despite having a strong team of core members from China and abroad, Grubbs hopes more talents will join them.

“The next plan is to get more people involved from outside of China. So they can bring their talents and help train people here,” said Grubbs. 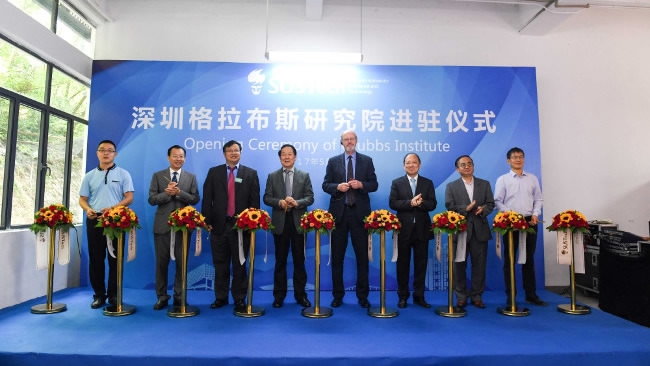 Researchers are developing catalysts to make new kinds of molecules which can be used in new drugs and looking at ways of turning carbon dioxide into fuel.

“The main things we will start with here are the new big molecules, the plastic, and the polymers. Because they are developing some really unique facilities here that will allow us to do things we can’t do in Caltech,” said Grubbs.

The Nobel laureate said he has been impressed by the mechanism to transform discoveries into the commercial sector. “There are lots of resources here for doing that,” he said.

Grubbs has high expectations for the research institute and looks forward to the growth of young researchers and the success of the institute.