By CGTN’s Yang Chengxi
Tradition. Exquisiteness. Craftsmanship. These are the three elements of Su embroidery.
Xue Jindi is a nationally acclaimed embroidery master in Suzhou, east China's Jiangsu Province. For the majority of her life, her days have consisted of sitting and working her needles meticulously up and down a piece of fabric. 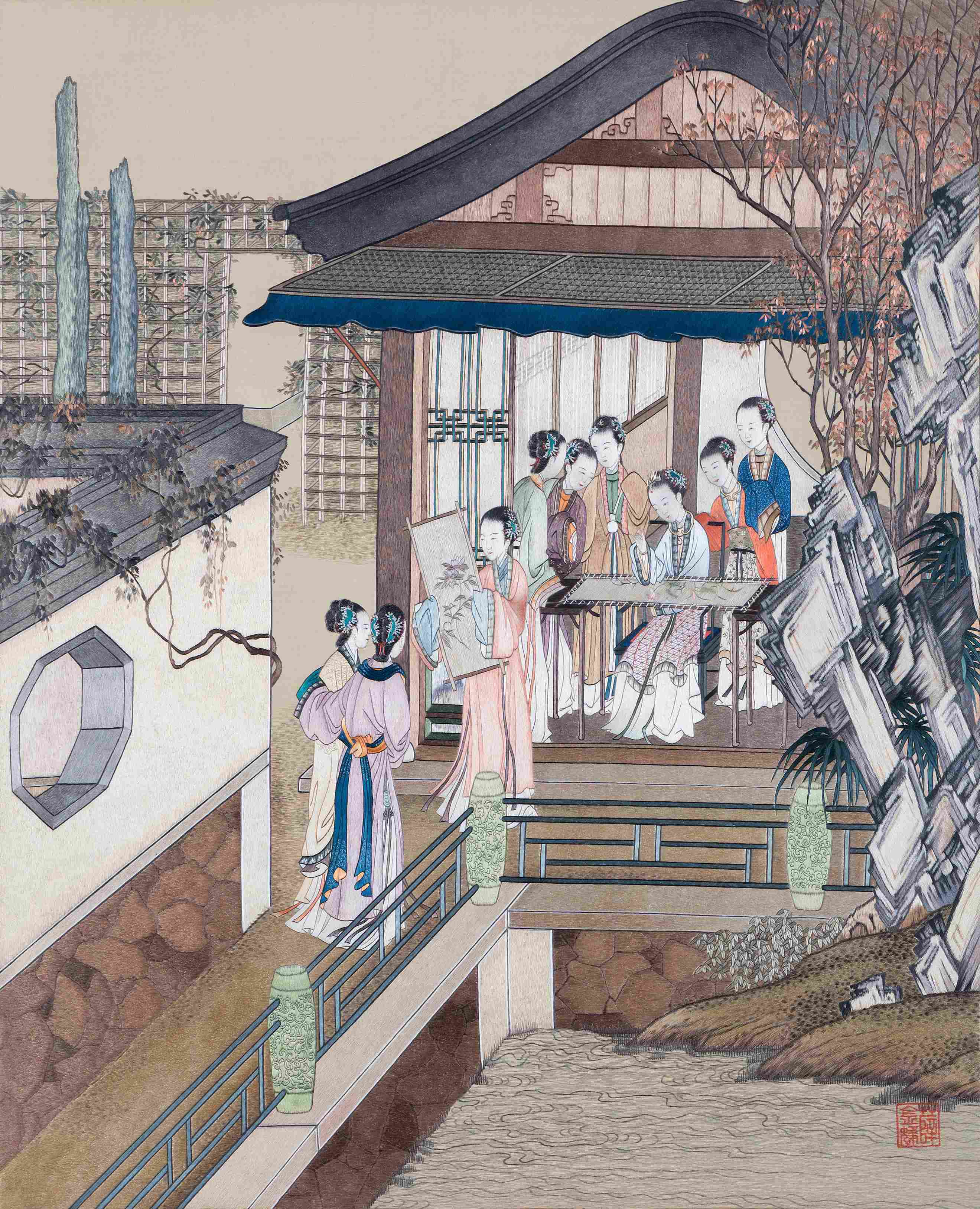 One piece of work could take Xue Jindi over two years to finish. To reach this level of artistry takes 20 years of hard practice. That's only if you're talented. /CGTN Photo
“I come from a family with three generations of Su embroidery practitioners. I started learning at six. My mom wouldn’t let me at first because she thought I was too young. But then she agreed after seeing some of my works and believed I was talented. At 16 years old, I was the youngest in my town to be admitted to the local embroidery academy”, said Xue.
35 years laters, her works are now owned by Nobel prize winners, UK politicians, and even late DPRK leader Kim Jong Il. But behind the scenes of the growing global recognition of Su embroidery, she said the art is actually dying out.
“Embroidery is not like other arts, where you can be making a living after learning for several months. If you want to make good Su embroidery works, you would need to invest about 10 years. I’ve had students who stayed for a month, or even several days before they took off, scared by years of tedious hard work in front of them”, said Xue.
Her son, Zhang Xue graduated from business school and eventually decided to carry the torch, bringing new insights to the family business. 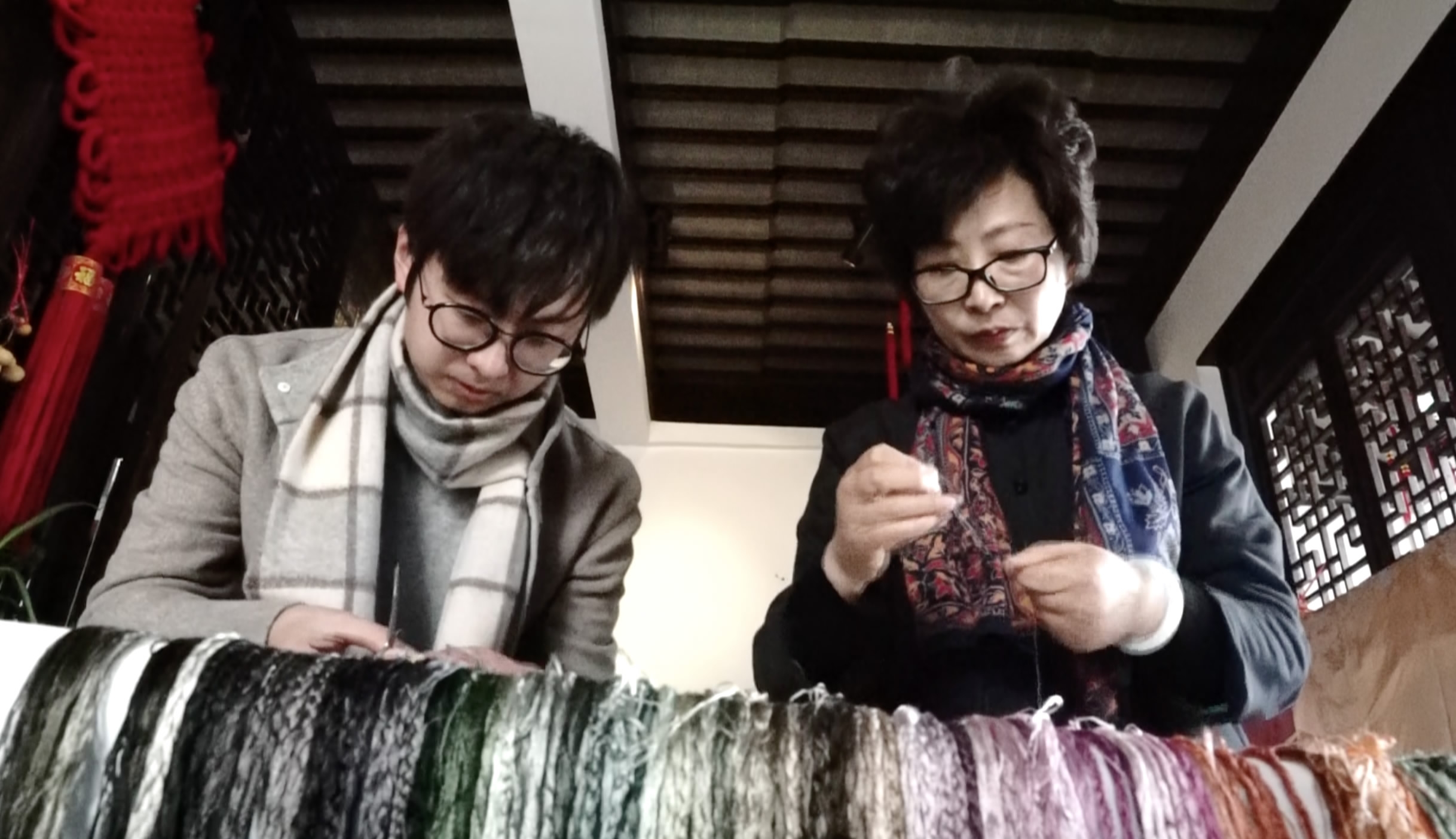 Xue Jindi(R), and her son Zhang Xue /CGTN Photo
"If you look at the development of similar art forms in western countries, many of them are mixing with fashion. I think we should do that too. Su embroidery is going to be irrelevant if it is too detached from people’s daily lives. We need to have innovations that people would want to use or want to wear”, said Zhang.
But to realize that goal, they needed talent. They have a local workshop that make Su embroidery products for clients around the world. Many of these craftswomen are over 35, and have learned the craft since they were kids.
Today, this place is having difficulty recruiting new people. 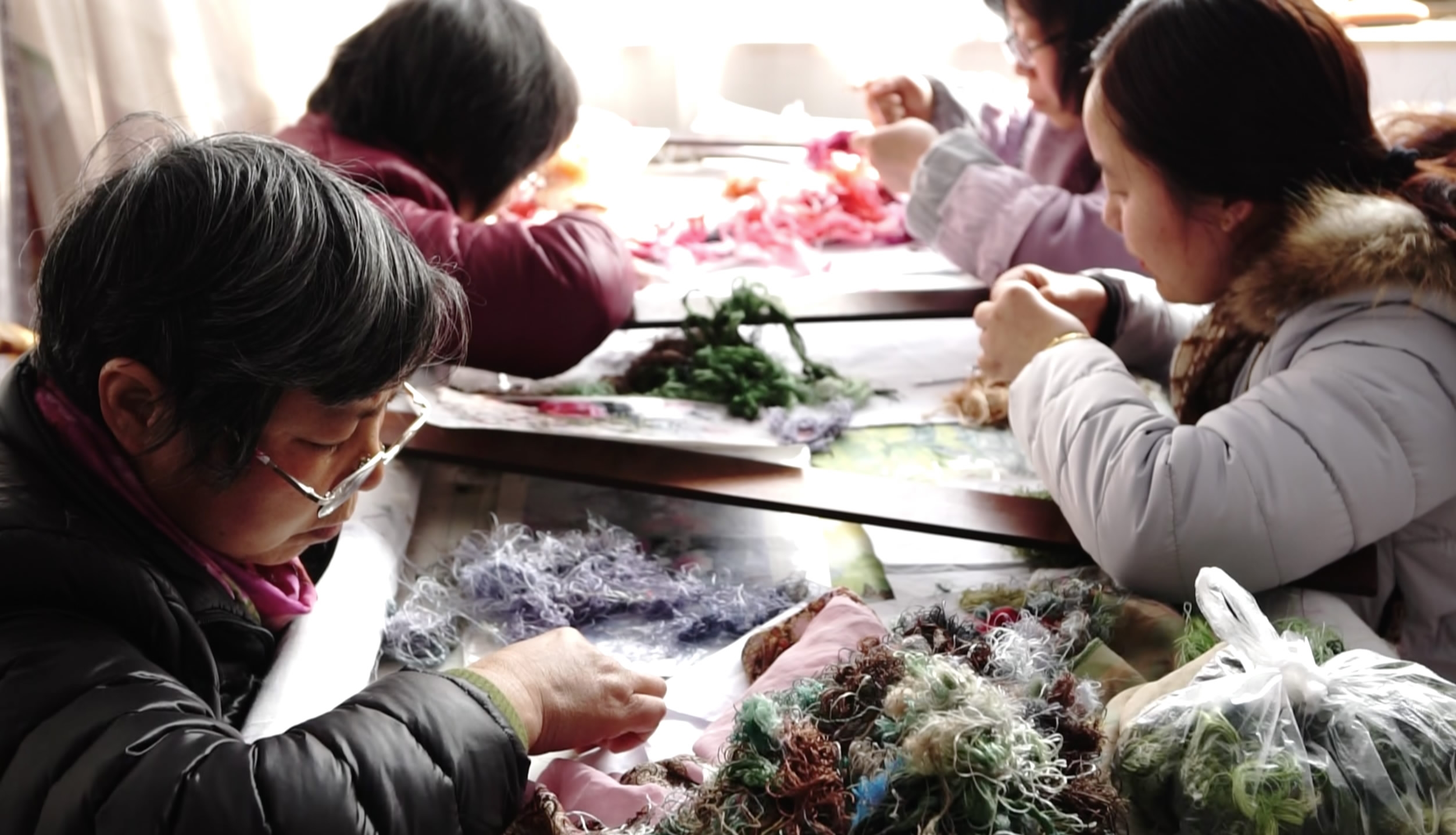 Zhang Xue’s embroidery workshop /CGTN Photo
Zhang believes the solution in the future lies in education.
“Like Chinese medicine and martial arts, Su embroidery artists have intentionally kept their knowledge esoteric. I can buy many books on western embroidery styles, but it is hard to find one about Chinese styles. This needs to change. I think we should learn from the West, and have a more standardized education with modularized classes and textbooks about both theories and practice”, said Zhang.
The mother and son said they want more people to share their passion for this ancient art, and making it more accessible to more people might just be one of the ways to keep it alive.
1030km
Copyright © 2017