The UK’s first-ever freight train to China started its long haul on Monday along a modern-day “Silk Road” trade route, as many in the UK hope to cement a new golden age of trade with China as the country prepares to leave the EU. 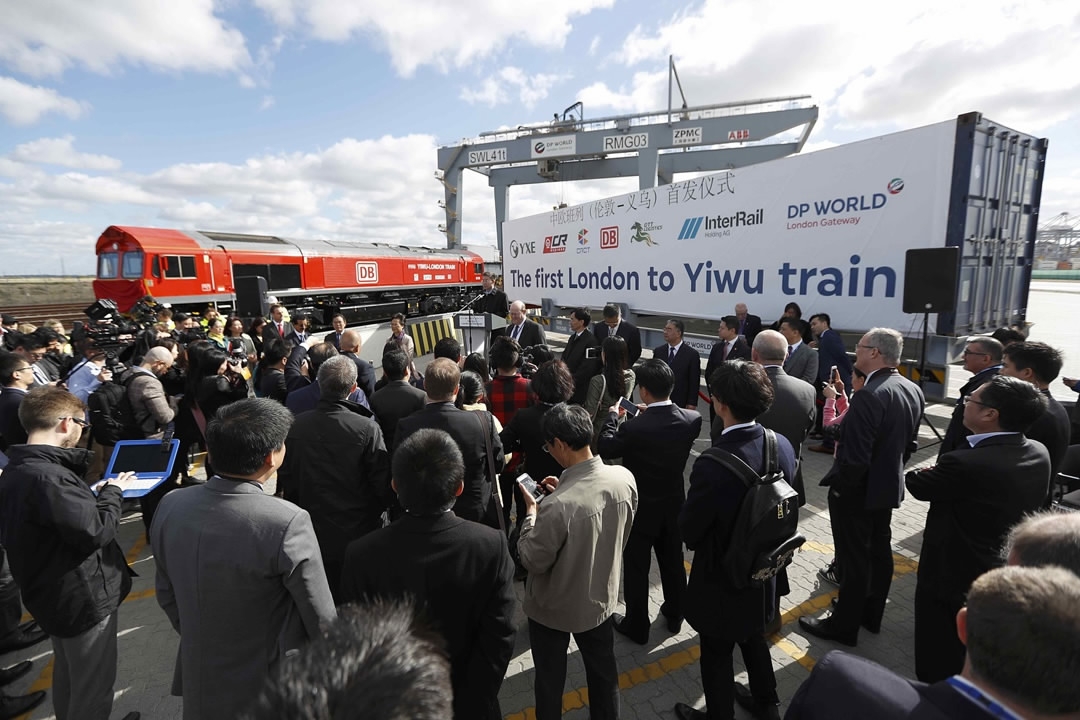 Speeches are made during the official ceremony to mark the departure of the first UK to China export train, from the London Gateway, Stanford-le-Hope, Britain April 10, 2017. /CFP Photo
Departing from the London Gateway container port and bound for Yiwu in east China, the 32-container train will travel for about 18 days and over 12,000 kilometers, saving around half the time needed for an alternative journey by boat and proving cheaper costs than air freight.
“This is the first export train and just the start of a regular direct service between the UK and China," said Feng Xubin, chairman of Yiwu Timex Industrial Investment Co,. which runs the Yiwu-London freight service. 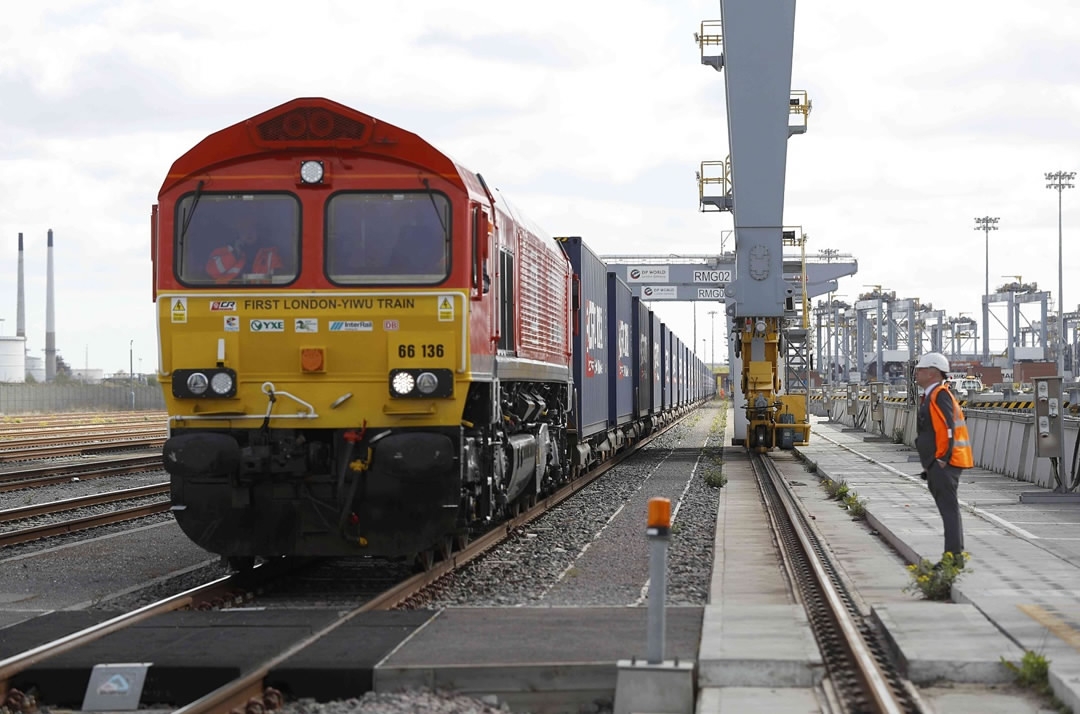 The first UK to China export train is seen during the official ceremony to mark its departure from the London Gateway, Stanford-le-Hope, Britain, April 10, 2017. /CFP Photo
London has become the 15th European city to have a direct rail link with China since Chinese President Xi Jinping unveiled  the Belt and Road Initiative in 2013.
“This new rail link with China is another boost for global Britain, following the ancient Silk Road trade route to carry British products around the world," said Greg Hands, Britain's minister for international trade. 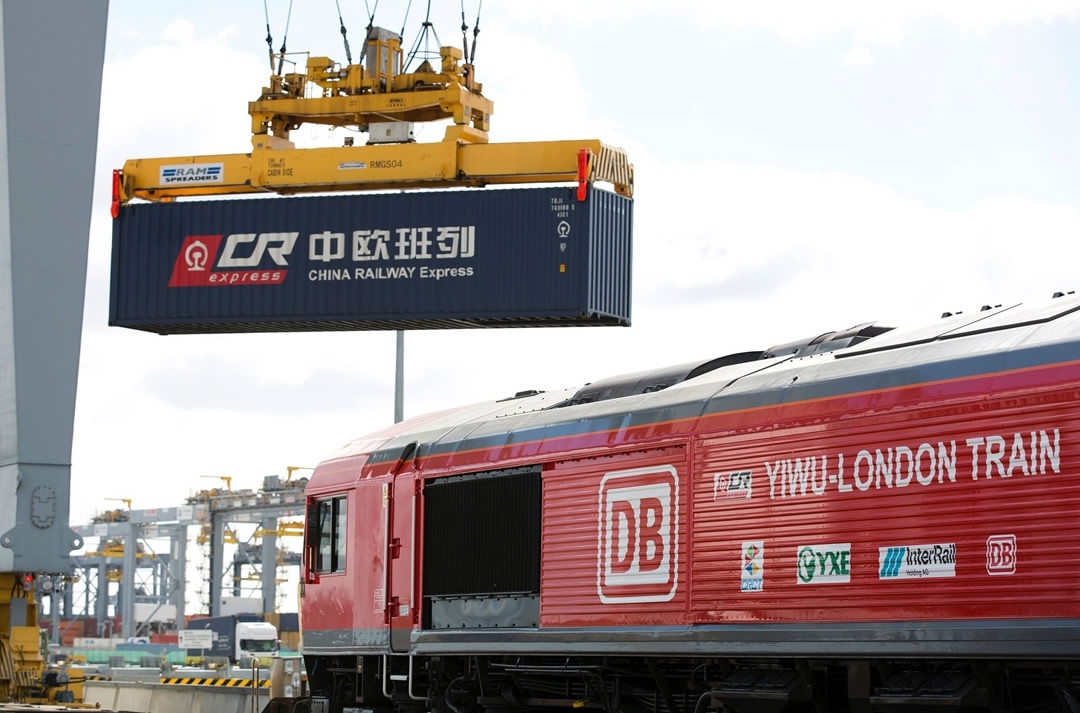 China Railway Express containers are loaded onto a freight train as it is was prepared for departure from the London Gateway's rail freight depot in Corringham, east of London, on April 10, 2017, enroute to Yiwu in  Zhejiang province, east China. /CFP Photo
The first freight train from China arrived in the UK on January 18, carrying clothes and other retail goods. The train departing on Monday was the first in the other direction with goods like soft drinks, vitamins, pharmaceuticals and baby products.
The UK’s freight train will go through the Channel Tunnel into France and on to Belgium, Germany, Poland, Belarus, Russia and Kazakhstan before heading into China.
Copyright © 2017