Chinese President Xi Jinping on Sunday called for deepening military-civilian integration, while highlighting sci-tech innovation as the key to military upgrading.
Speaking to national lawmakers from the People's Liberation Army (PLA) at the ongoing annual parliamentary session, Xi, who also serves as general secretary of the Communist Party of China (CPC) Central Committee and chairman of the Central Military Commission, said efforts should be made to provide greater science and technology support for the PLA. 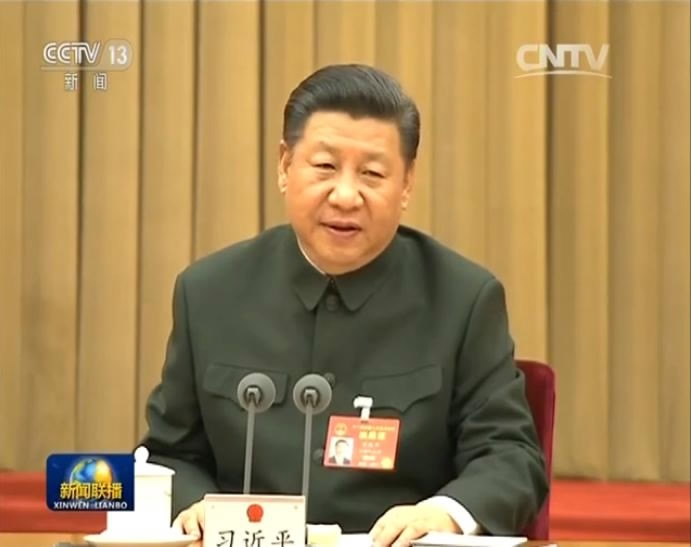 Xi Jinping speaks at a panel discussion with deputies to the 12th NPC from the PLA at the annual session of the NPC in Beijing on March 12, 2017. /CCTV Screenshot
"Since the 18th CPC National Congress in late 2012, historic breakthroughs in national defense and military reform has been made, and significant progress in combat readiness has been achieved, and crushing momentum in fighting corruption has been realized," he said.
Pointing to the profound changes brought by sci-tech advancement to people's lifestyles and the world's military development, Xi stated that the country "must have a greater sense of urgency to push for sci-tech innovation and advancement with greater determination and efforts."
He called for enhanced top-level design and strategic planning in promoting military-civilian integration in national defense technology and military equipment, and strengthening military and civilian cooperation in training high-quality military personnel. 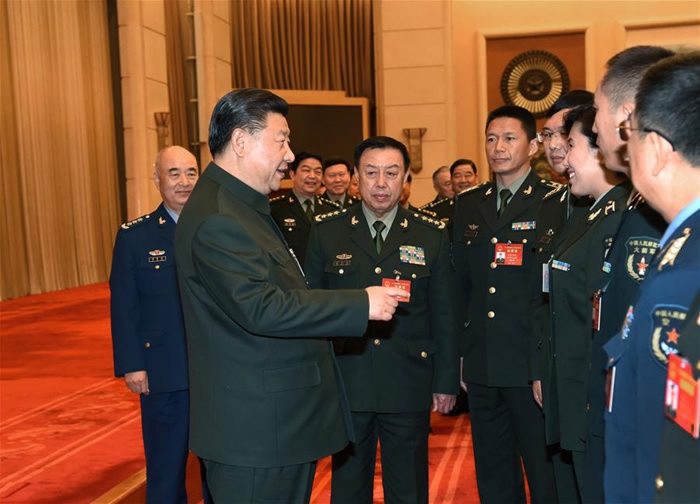 Xi Jinping meets with deputies to the 12th NPC from the PLA at the annual session of the NPC in Beijing on March 12, 2017. /Xinhua Photo
Xi went on to urge the PLA to "speed up its transition," and display higher quality and performance with intensive applications of advanced technologies in building the military.
Civilian technologies should better serve military purposes, and defense technologies should be adapted and applied well for civilian use, the president stated.
"Efforts to improve the training system of military personnel should also be strengthened to foster a large number of high-quality military talents," Xi said, adding that enhancing the scientific and technological attainment of officers and soldiers should be a basic requirement for the PLA. 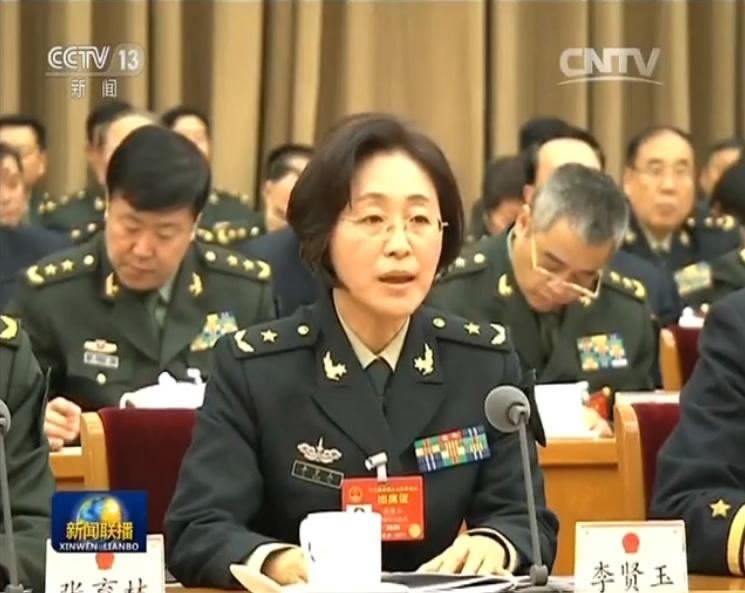 An NPC deputy from the PLA speaks at a panel discussion at the annual session of the NPC in Beijing on March 12, 2017. /CCTV Screenshot
He noted that the CPC Central Committee's decision to establish a central commission for integrated military and civilian development, which aims to reinforce centralized and unified leadership. Efforts should also be made to remove institutional barriers and work out perfect policies for military and civilian integration.
(Source: Xinhua)
Related stories:
President Xi underlines need for innovation in military upgrading
China speeds up civil-military integration to boost economy, says expert
Xi to head Central Commission for Integrated Military and Civilian Development
2km
Copyright © 2017