Freedom of navigation in the South China Sea has never been a problem, but that doesn't mean any close-up military surveillance and reconnaissance activities should take place within the area, a senior Chinese military official said on Saturday.

At the 16th Shangri-La Dialogue, which is being held in Singapore from June 2-4, Lieutenant General He Lei, Vice President of the Academy of Military Science of the Chinese People's Liberation Army, said international rules should reflect the general consensus of all countries, and they should not be unilaterally interpreted and decided by some countries. 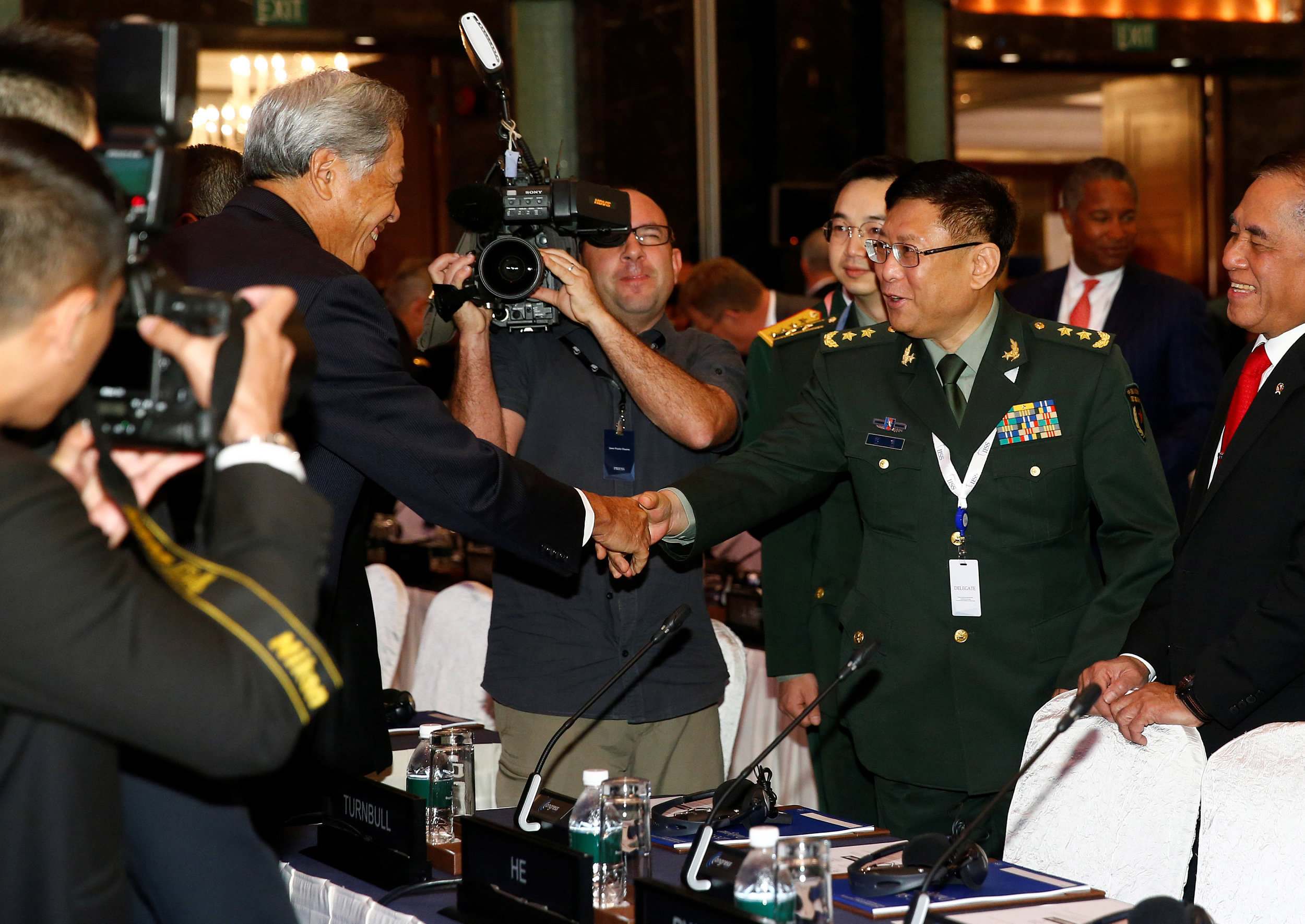 "It's not right to equate freedom of navigation with military surveillance and reconnaissance," said He Lei.

While saying freedom of navigation is not a problem in the South China Sea, he said "sending military jets and warships to conduct close-up maritime and aviation reconnaissance activities in Chinese territory was beyond the scope of freedom of navigation, to which China is strongly opposed."

On May 25, US warship USS Dewey sailed within 12 nautical miles of Meiji Reef of China's Nansha Islands in the South China Sea, a maneuver which - according to the US - came under the “freedom of navigation” principle. 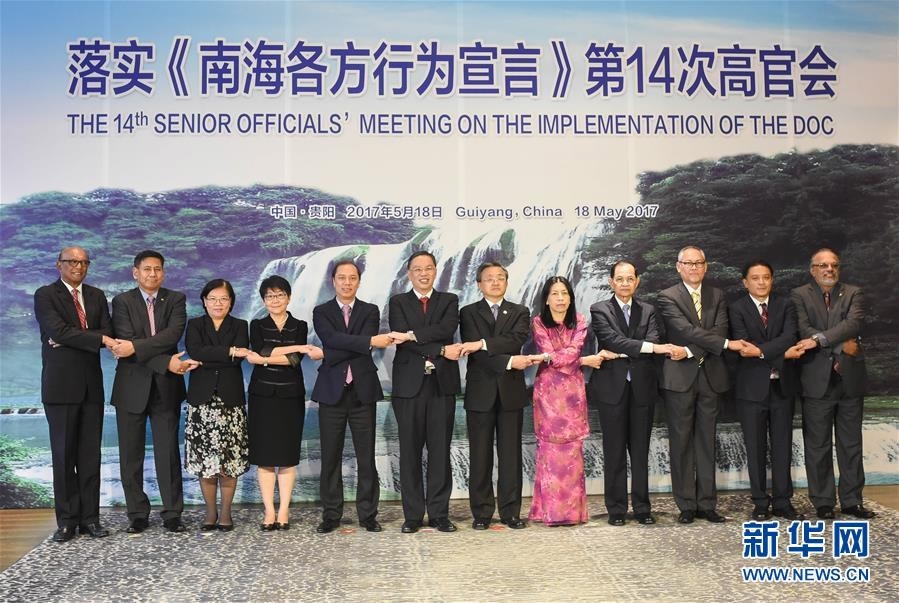 The 14th Senior Officials' Meeting on the Implementation of the  Declaration on the Conduct of all Parties in the South China Sea was held on May 17-18 in Guiyang, Guizhou Province. /Xinhua Photo

China's Ministry of National Defense said that such moves were not conducive to peace and stability in the South China Sea. The Chinese Foreign Ministry urged the US to correct its mistake and refrain from further patrols.

Talking to reporters on Saturday, He Lei also said that the root cause behind the nuclear issue on the Korean Peninsula is the mutual strategic suspicion between the Democratic People's Republic of Korea (DPRK) and the United States.

He said China is making active efforts on the issue, which also involves China's interests, adding that China will continue to work with other regional countries to resolve the issue. 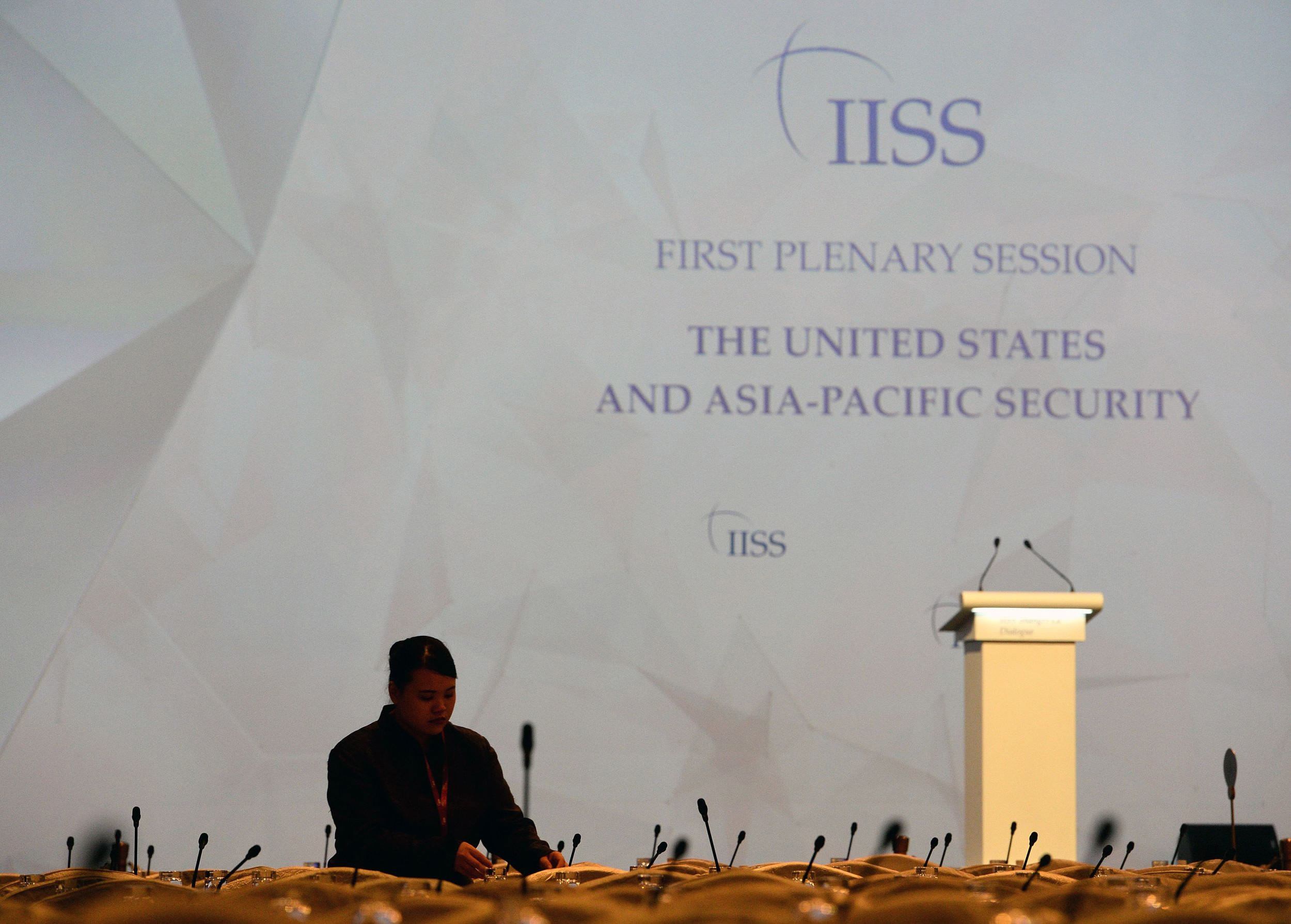 The annual Shangri-La Dialogue in Singapore is attended by defense ministers from around the region and runs from June 2 to 4.‍/VCG Photo

He Lei led the Chinese delegation at the 16th Shangri-La Dialogue, which opened in Singapore on Friday evening.

At the three-day dialogue organized by the London-based International Institute for Strategic Studies, senior military officials, diplomats and experts are discussing security issues, areas of cooperation and how to avoid conflict.

China's defense ministry: US navy patrol not conducive to peace in S.China Sea