Analysis: US in Chinese perception
POLITICS
By Tong Xinxin

Guest commentary by Hichem Karoui
In 1936, Mao Zedong chose an American writer, Edgar Snow, to write his first biography.
In the summer of 1944, while the war with Japan was raging across China, Mao received at his base in Yan’an a group of American journalists and military observers. He expressed much admiration for America's early leaders, especially Abraham Lincoln, whom he called "revolutionary democrats." Liu Yu, a Yan’an historian, has said the Chinese leader "was out to win over the Americans."
A letter Mao wrote to US President Franklin D. Roosevelt wished that Chinese and Americans would "walk hand in hand forever," while building a "democratic China." He gave it to Maj. Gen. Patrick Hurley, the US envoy to help Communists and Nationalists fight against Japan. Mao did not conceal his wish to meet the American president in Washington face to face. But Hurley, who was a supporter of Nationalist leader Chiang Kai- shek, did not deliver the letter. Instead, he warned Roosevelt against dealing with the Communists!
The year 1949, which saw the establishment of the People's Republic of China, marked the first rupture of ties between Chinese and US leaders. The two countries started 20 years of Cold War confrontation and inimical rhetoric.
Since 1949, the Chinese perception of the US has been shaped by narratives related to some historic events that marked their bilateral relations. Here are a few examples:
1978: China entered the reform era led by Deng Xiaoping. In August, a translation of "The Glory and the Dream: A Narrative History of America, 1932-1972," was published in Beijing. Authored by journalist and historian William Manchester, this epic history of the United States may have shaped the perceptions of America among Chinese intellectuals, as it painted an America that is open, idealist, and adventurous. 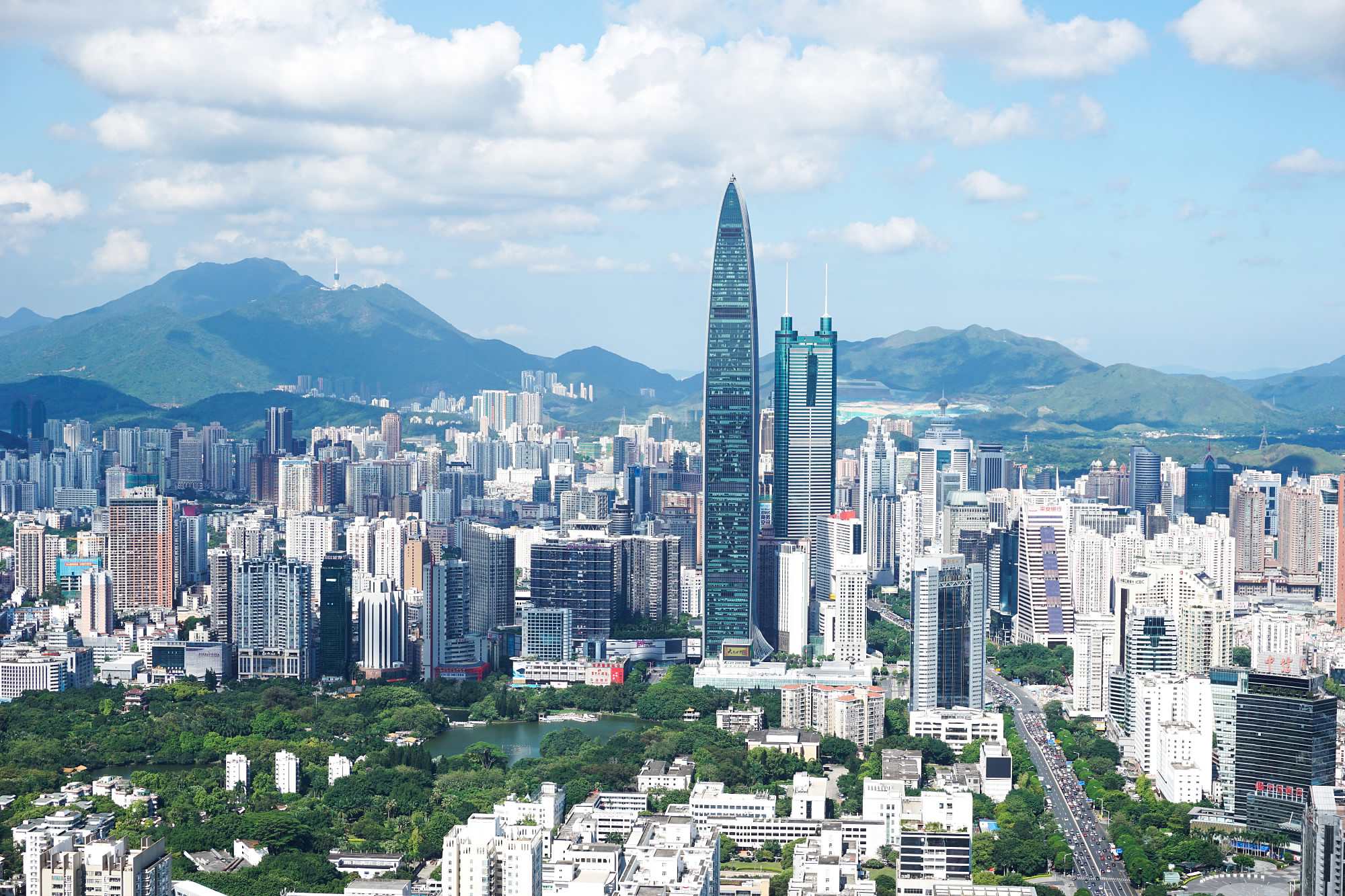 Cityscape of Shenzhen. /CFP Photo
1992: For Chinese intellectuals, the 1990s were a time of reflection. Deng relaunched the aborted reform policies. The New Left was trying to create a socioeconomic framework relevant to Chinese realities, instead of aping American ways. Many young Chinese, who saw little in common with America, identified to this intellectual trend. American foreign policy made them suspicious towards the US. Following events confirmed their view.
1999: NATO forces bombed the Chinese embassy in Belgrade, killing three people.
2001: a US spy plane, flying over China's southern coast, collided with a Chinese F-8 jet fighter, killing the Chinese pilot.
The situation would have deteriorated several times, without the wisdom of good-willing people.
Other developments may also have contributed in shaping the Chinese perception of the US.
From 1978 to the end of 2004, there were 815,000 Chinese students abroad. In 2012, about 400,000 Chinese students went abroad and nearly half of them decided to go to the United States.
The growth of Chinese student population in the United States has been exponential. In 2008, China started to lead all nations as the main source of students to US universities.
In 2015 alone, around half a million Chinese students went abroad. Almost half of those chose the US as the host country.
Apart from studies, Chinese go to the US as tourists. In 2014, 1.8 million Chinese tourists visited the US and spent about 21.1 billion US dollars. 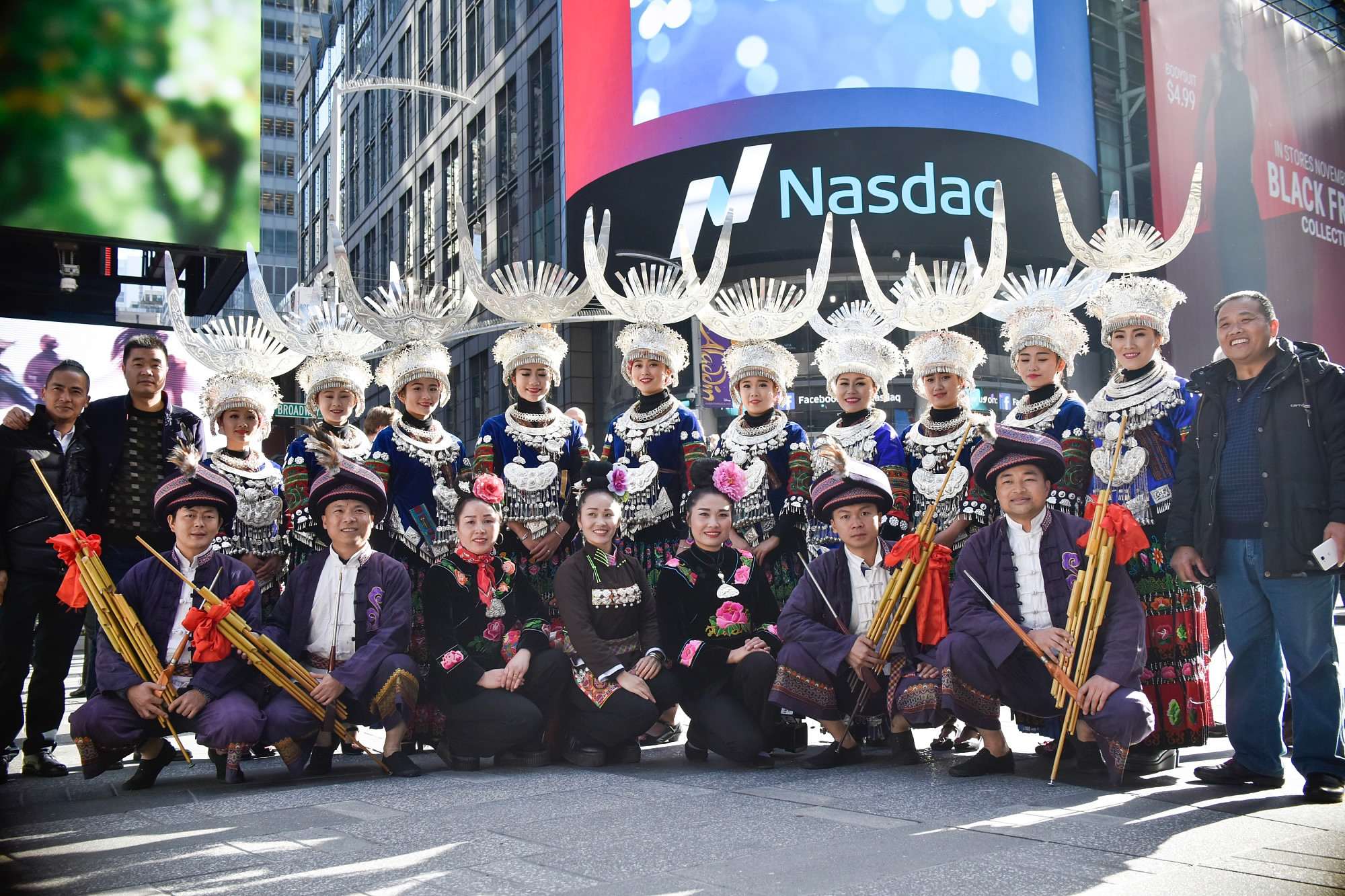 Artists from China in Time Square, US. /CFP Photo
With China's opening up, American icons of consumerism found a foothold in China: Coca-Cola, Wal-Mart, General Motors, McDonalds, Kentucky Fried Chicken (KFC), and Starbucks.
China has become the US banker through its purchase of US Treasury bonds. Without the Chinese and the Japanese purchase of the US debt, how long would the US economy stand?
‍While shaping the perception of people, these developments actually contributed to improving understanding and rapprochement.
(Dr. Hichem Karoui is non-resident senior fellow at the Center for China and Globalization in Beijing and a diplomatic advisor. The article reflects the author’s opinion, not necessarily the view of CGTN.)
Copyright © 2017