From Asian leader to prisoner 503, ousted South Korean President Park Geun-hye has seen titanic changes in the last few weeks.
A month after she was removed from office for abuse of power, Park was arrested on Friday and taken to the Seoul Detention Center. Until recently a resident of the presidential palace, the country’s first female president is now staying in a confined cell. 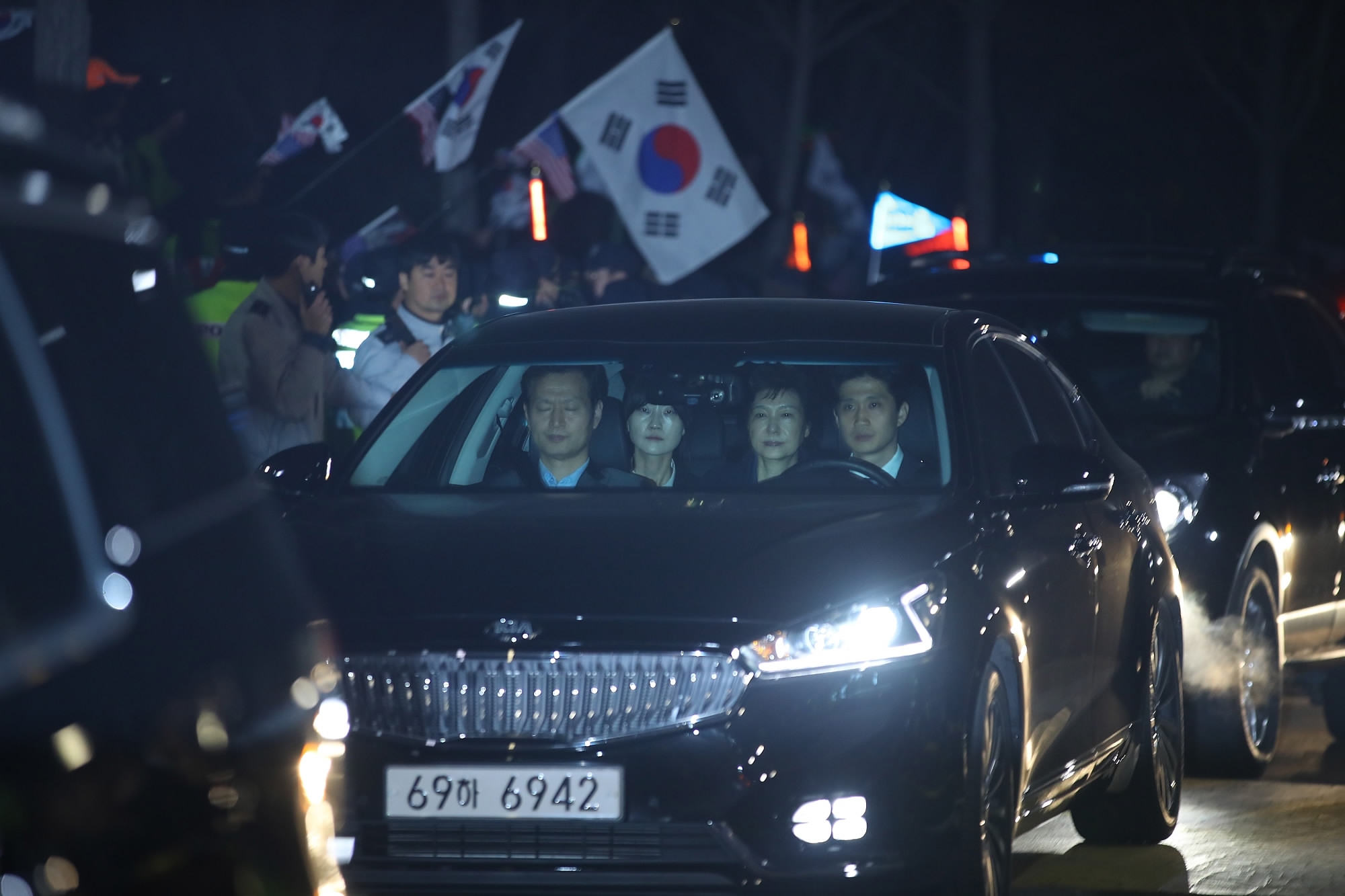 Ousted South Korean President Park Geun-hye leaves the prosecutors' office as she is transferred to a detention house in Seoul. /CFP Photo
Park spent her first night in solitary confinement and was processed like other prisoners: registering her name and ID number, going through a health check and handing in her personal belongings, including hairpins that held up her signature bun, according to a detention center official who asked not to be named, citing office rules.
Park then changed into a green-colored winter prison uniform, emblazoned with her prison number, 503, by which she will be known during her incarceration.
After taking a mugshot, Park was given a prison kit including toiletries, a meal tray and a quilt, and was assigned a 10.6 square meter (114 square feet) solitary cell, larger than the average 6.5 square meter cell, Yonhap news agency said. The cell features a television, a toilet, a sink, a table and a mattress.
Park will be asked to get up every day at 6:30 a.m. and go to bed at 9:00 p.m. She will have to eat in her cell and wash her own plate, said the official.‍ 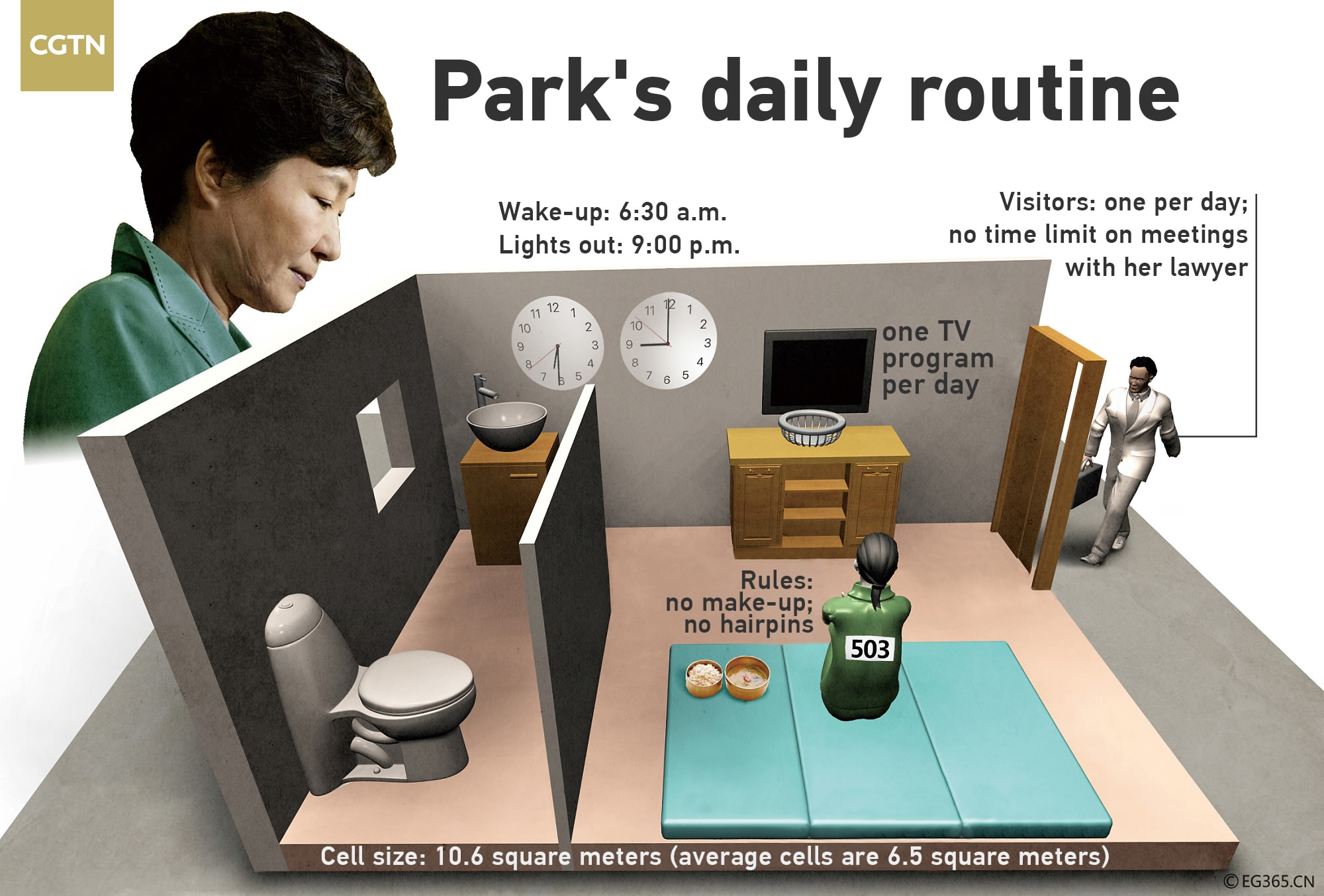 CGTN Graphic
The ousted former president burst into tears as she was shown the cell, South Korea's TV Chosun said, quoting unidentified sources.
Park will be held at the detention center in Gyeonggi-do province for at least 20 days, during which time a date for her trial must be set.
Park is the country’s third former president to be arrested on criminal charges related to corruption, following Roh Tae-woo and Chun Doo-hwan. They were both later found guilty of further charges of treason and mutiny, related to their takeover of power. Chun was sentenced to death, while Roh received a 22.5-year sentence. They were both pardoned and released a year later.
The current detainees at the Seoul Detention Center include other key figures in the corruption scandal that toppled Park, including her longtime friend, Choi Soon-sil, who is suspected of colluding with Park to extort money and favors from conglomerates and meddling with state affairs, and Samsung heir Lee Jae-yong, who was arrested for bribery charges linked to the scandal.‍