“The thing Chinese farmers lack the most is financial support. If that problem is solved, no one could stop them from getting rich,” said Li Qinjun, one of the first entrepreneurs who invested in Xinben village in central China's Hunan Province.

Li started as an impoverished farmer before developing a respected local fruit brand. He was later invited to manage a watermelon greenhouse in the village as part of the government’s poverty alleviation plan – a topic he has plenty to say about.

“Commercial banks are reluctant to approve any loans for individual farmers, considering the high risks of agricultural entrepreneurship and their weak ability to pay off the debt,” Li said.

“But it would be a whole other story if you have large co-operations offering security and guaranteeing your credit, which is the case of tobacco farms here. Access to loans would become much easier, significantly making businesses profitable.”

For farm owners standing on their own, financing their operations could be much more difficult even if their products enjoy popularity on the market.

“When applying for commercial loans, it helps if you have relatives or friends working as government employees who are willing to provide a guarantee. However, how many rural families are that lucky?” Li queried. 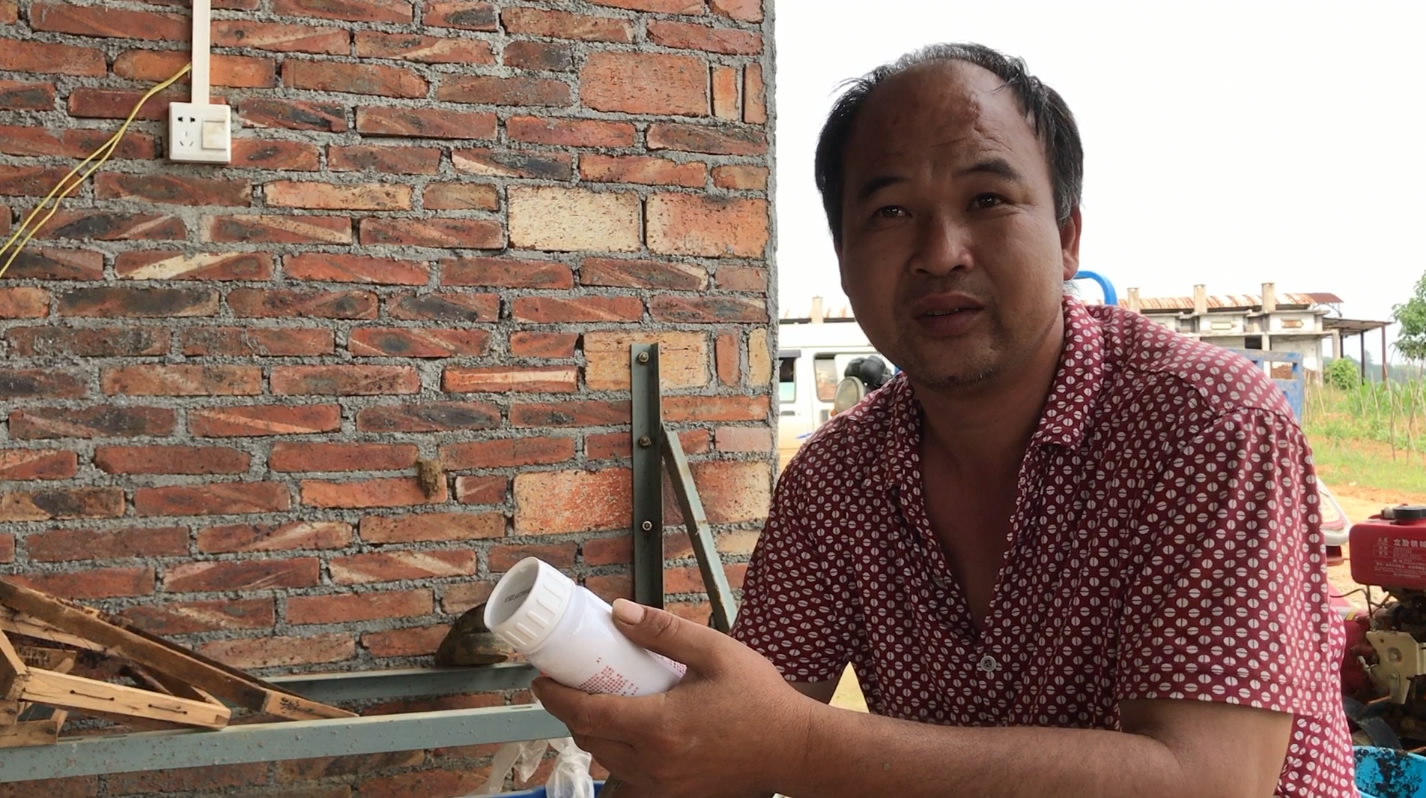 Li Qinjun, one of the first businessmen investing in Xinben village under the government's poverty alleviation plan. / CGTN Photo

Improving the stretch that connects his farm to the main road is another issue that concerns Li these days. His original plan was to develop the farm into an agritourism venue for fruit picking. The success of his project hinges on an upgrade in infrastructure and the renovation of the muddy path to the main road, but necessary land acquisition has proved to be a stumbling block.

“According to the standards set by the local government, any newly-constructed road needs to be wider than 4.5 meters. This means we need to buy lands from neighboring farms to broaden the road, which currently stands at three meters in width. But that’s far beyond the capacity of a private company, only the government can handle that,” Li noted.

However, the local authorities are refraining from any infrastructure construction plans requiring land expropriation.

Xiao Bin, first CPC Secretary of Xinben village told CGTN Digital that since the ownership of farmlands were privatized in the 1980s, too many interests have been at play in such cases, noting that “this is a problem of national scale.”

Poverty Alleviation in China: A young man sticking with the land