Canadian-American tycoon Elon Musk has hit back on Twitter at a user who mocked the quality of Chinese manufacturing.

One user from India tweeted back saying, “What else can you expect from Made in China things?”

Musk promptly replied with "Actually, China manufacturing quality is excellent. Among other things, that's where iPhones, many Android phones & most laptops are made." 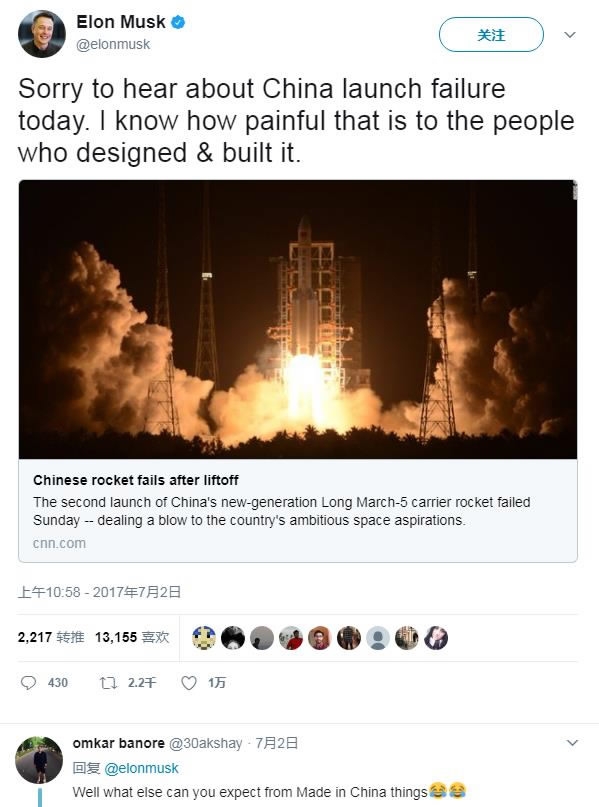 The conversation between Elon Musk and the user "omkar banore". /CGTN screenshot

"Innie Ceres" said, "The China of 20 years ago is not the same as the China of today. Made in China is no longer a sign of bad quality." 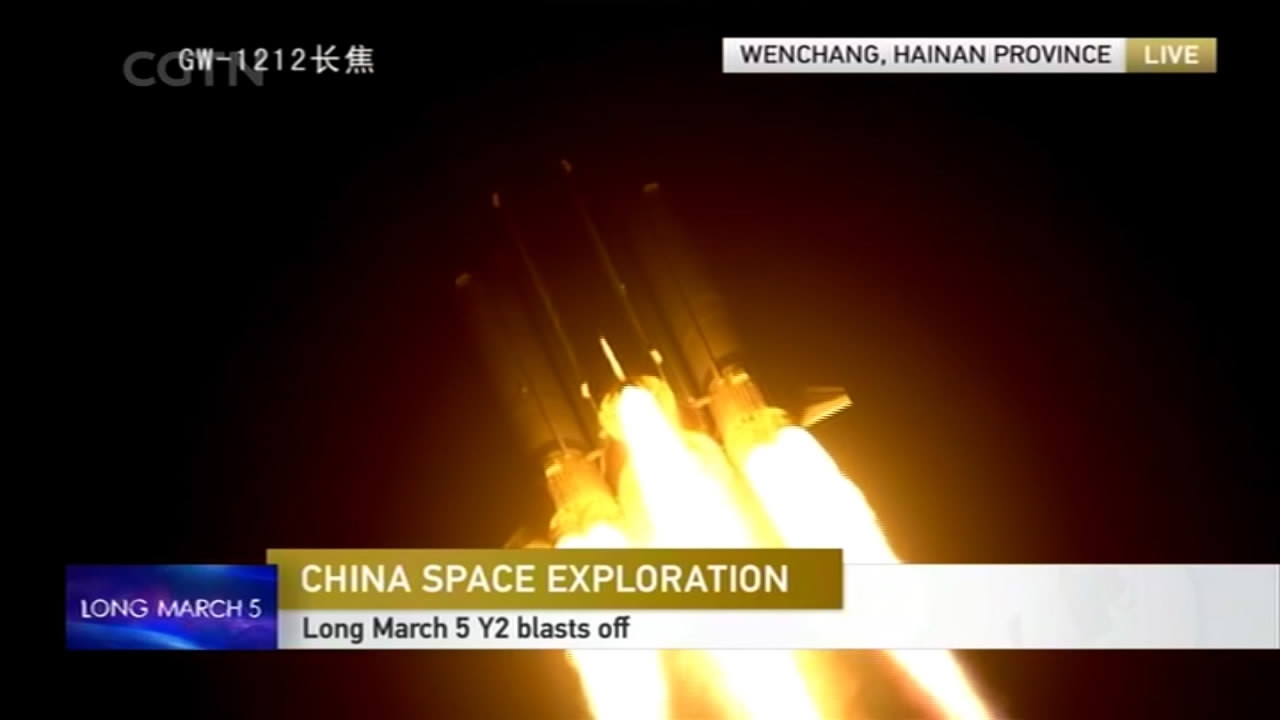 Musk is certainly in a position to sympathize with the disappointment in China following Sunday’s failed launch.

The launch from its LC-39A launch facility at NASA's Kennedy Space Center also marked the 10th of SpaceX's more than 20 launches planned this year.