By CGTN's Tang Bo
Israeli Prime Minister Benjamin Netanyahu’s state visit to China has seen both countries sign a raft of mutually beneficial agreements.
Netanyahu met with Chinese Premier Li Keqiang on Monday and signed agreements in various fields, including aviation, education, science, health and environmental protection. A deal was also agreed which would see China send construction workers to Israel.
Netanyahu arrived in China on Sunday with five ministers and the largest ever Israeli business delegation. The Israeli Prime Minister’s Office revealed that the two countries would continue talks on the establishment of a free trade agreement between China and Israel. Negotiations began last year, with another round of talks scheduled for July. 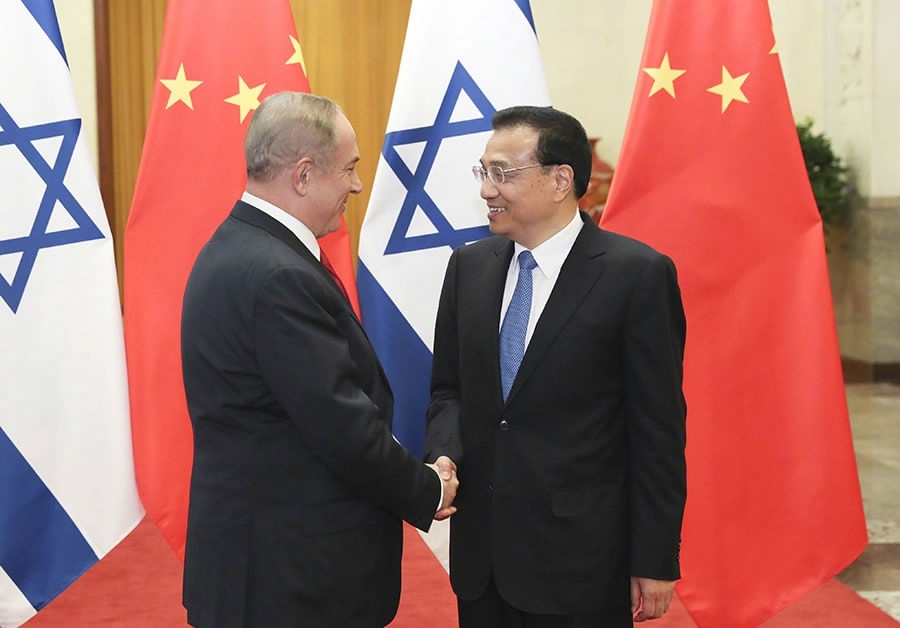 Israel Prime Minister Benjamin Netanyahu (L) meets with Chinese Premier Li Keqiang at the Great Hall of the People, March 20, 2017 in Beijing, China. /Xinhua Photo
Netanyahu’s last visit to China was in May 2013, when he also met with political leaders and focused on boosting bilateral trade, which at that point stood at 8 billion US dollars annually.
Today, China is Israel’s largest trading partner in Asia and third largest in the world, with bilateral trade volume surpassing 11 billion US dollars. Experts say that number could easily skyrocket if a long sought-after free-trade agreement is reached.
Having already enjoyed an official reception ceremony at Beijing’s Great Hall of the People, Netanyahu is scheduled to meet with Chinese President Xi Jinping who will host him for an official dinner.
In addition to diplomatic affairs, Netanyahu is also scheduled to lay a wreath at the Monument to the People’s Heroes in Beijing’s Tiananmen Square.
He will also meet with several Chinese businessmen including Robin Li, CEO of Baidu, one of the world’s largest web services companies.
1km
Copyright © 2017