‍The value of announced infrastructure projects surged by 47 percent in 2016 in 66 countries and regions that fall under the China-proposed Belt and Road Initiative, according to accounting firm PricewaterhouseCoopers (PwC).
It said that the Belt and Road region identified 494 billion US dollars of infrastructure projects and deals in value in 2016, a third of which were in China.
The review painted a positive picture in 2016, with an increase in the volume and the average dollar value of infrastructure projects.
In China, the average project size increased by 14 percent -- largely driven by public expenditure on infrastructure as a central pillar of economic policy.
Across the region, the value of invested projects has been growing at a compound annual growth rate of 33 percent since 2013.
The review also pointed to a dip in M&A activity in volume and dollar value in 2016.
"This reflects a flight to quality and renewed focus on project economics," commented Christopher Tan, PwC China corporate finance capital projects & infrastructure partner. 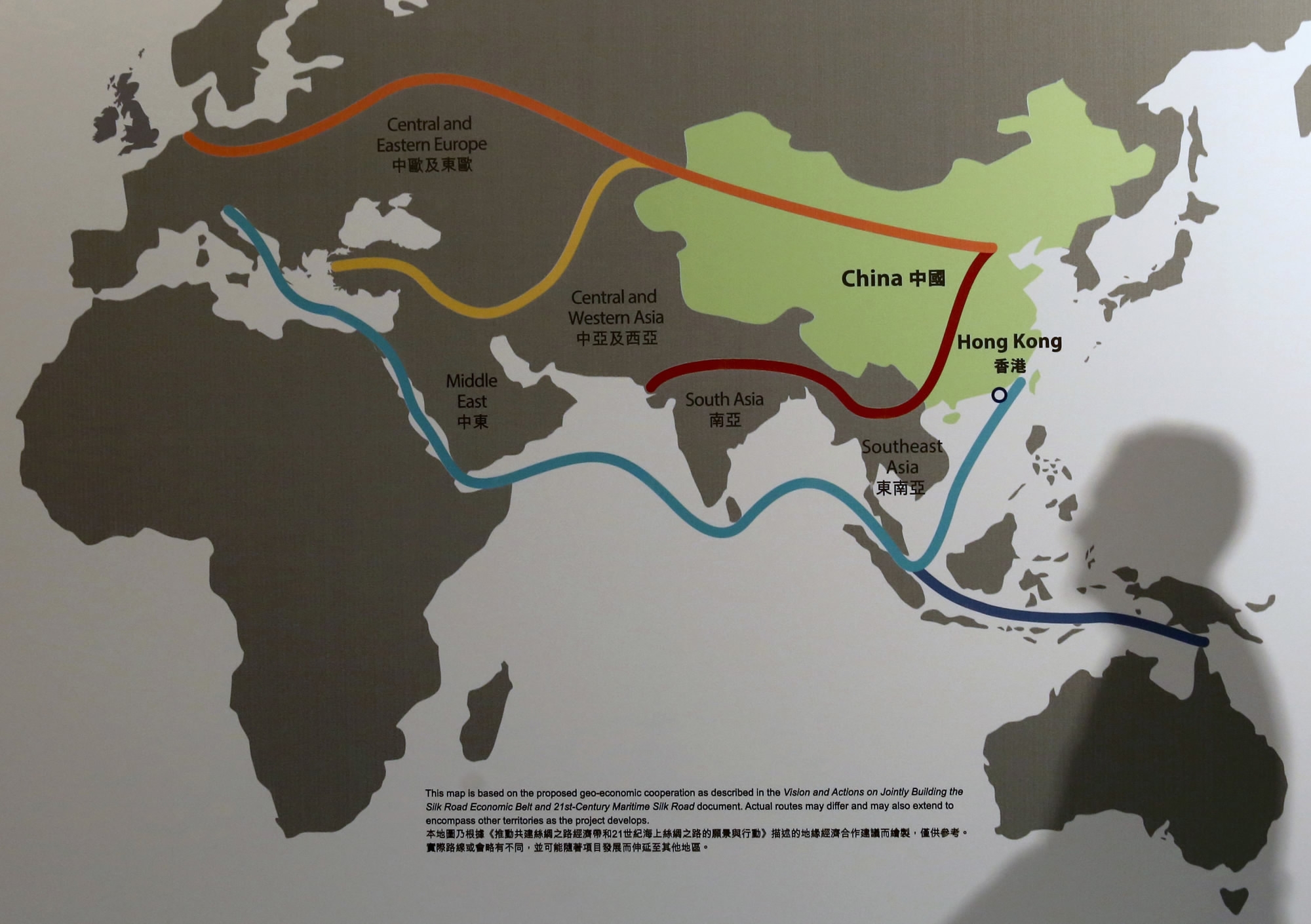 A map illustrating China's "One Belt, One Road" megaproject / CFP Photo
PwC conducted the review across seven core infrastructure sectors: utilities, transport, telecoms, social, construction, energy and environment.
Looking at specific sectors, PwC saw potential for significant growth in power utilities in a number of middle-income Belt and Road countries.
It also said an aging population, high fertility and insufficient inpatient beds would boost healthcare investment. And for countries along the Belt and Road corridors such as Russia, Kazakhstan and Mongolia, the company eyed potential for rail expansion.
Looking forward, the report sets out five key trends that are expected to drive further investment and deal volume growth in the Belt and Road region in 2017.
"We will see more project announcements across the Belt and Road region in 2017 as governments continue to tackle the economic slowdown," said Tan.
"Many of these will come from China, as Beijing keeps up the pace of investment and drives momentum behind its Silk Road ambitions."
(Source: Xinhua)
Copyright © 2017