Domestic politics often colors Chinese leaders’ governance. In December 2013, Chinese President Xi Jinping turned up unexpectedly for lunch at a humble Beijing restaurant, and since then he has staged multiple visits to factories and homes.
Here we take a look back at these domestic visits made by the president in 2016. 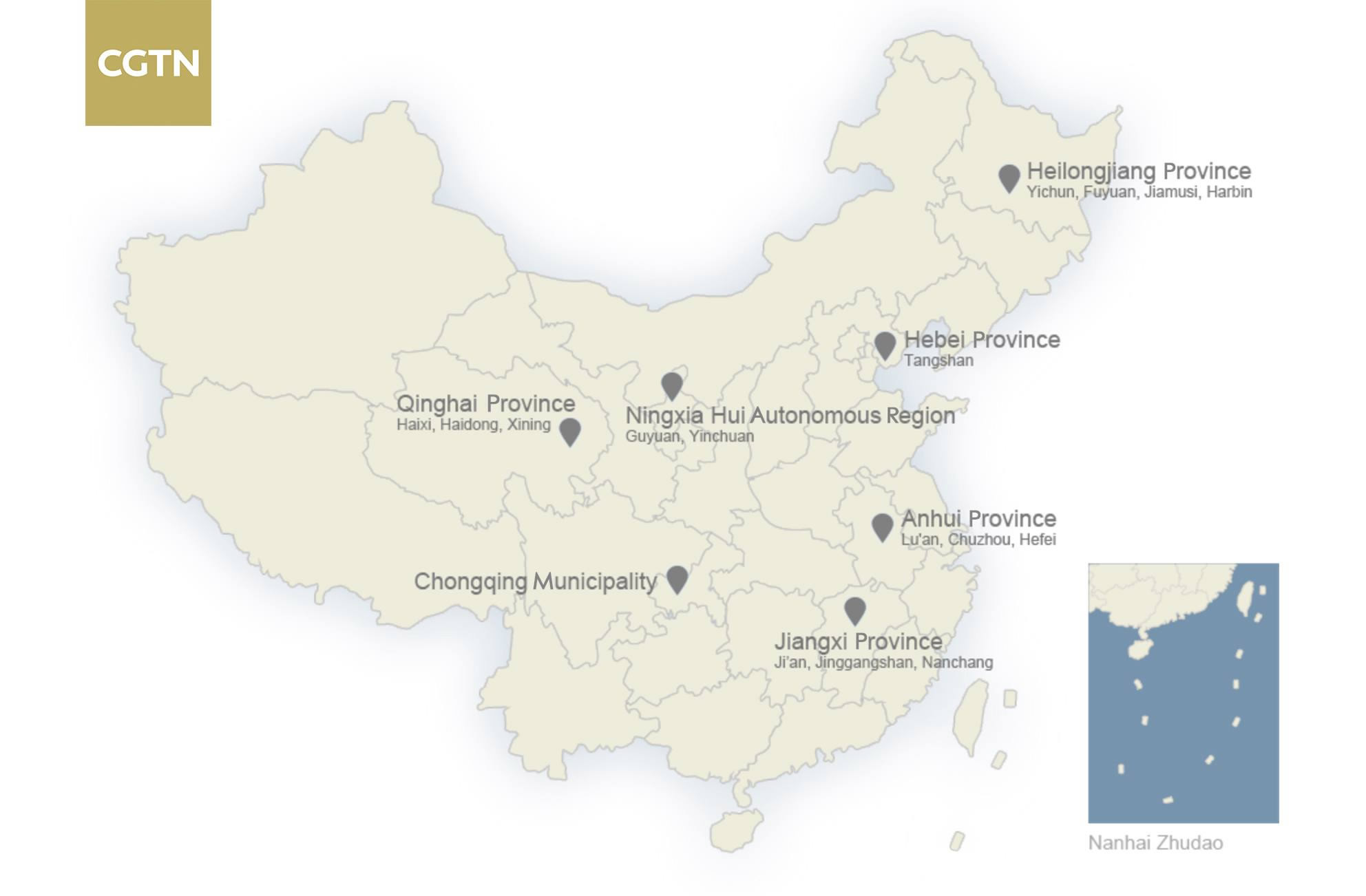 A look at Xi's domestic trips in 2016. CGTN Photo.
Chongqing Municipality, January
Xi visited Chongqing in early 2016, marking the first visit to this southwest municipality since he took office as China’s top leader in 2012. 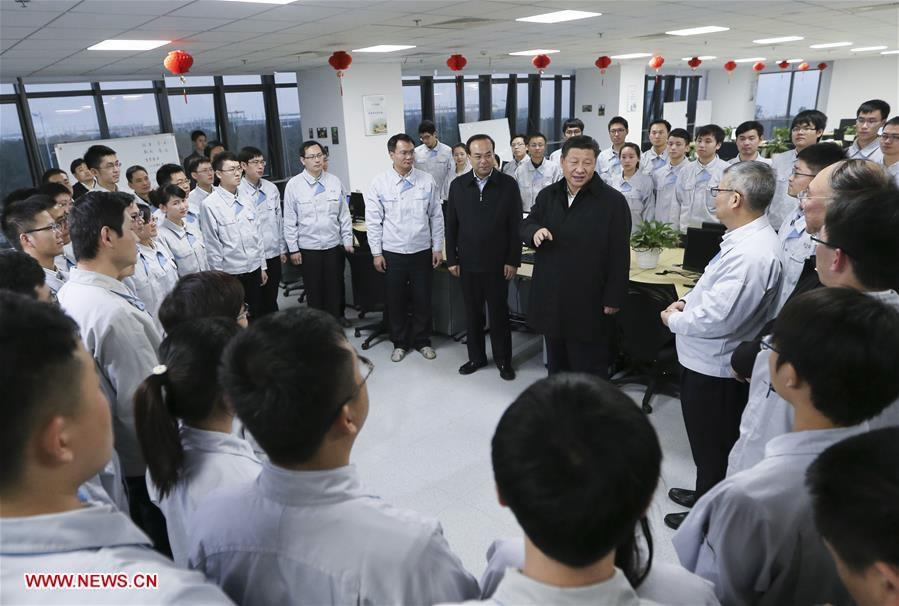 Xi speaks to staff members during his visit to BOE Technology Group in southwest China's Chongqing Municipality, January 4, 2016. /Xinhua Photo
The visit was seen as a recognition of Chongqing’s economic and social achievements in recent years. Xi stressed innovation while inspecting a computer company, and the Belt and Road Initiative in boosting the region’s economy.
Jiangxi Province, February
Xi targeted poverty alleviation efforts when he made a pre-Spring Festival visit to Jinggangshan in Jiangxi Province. 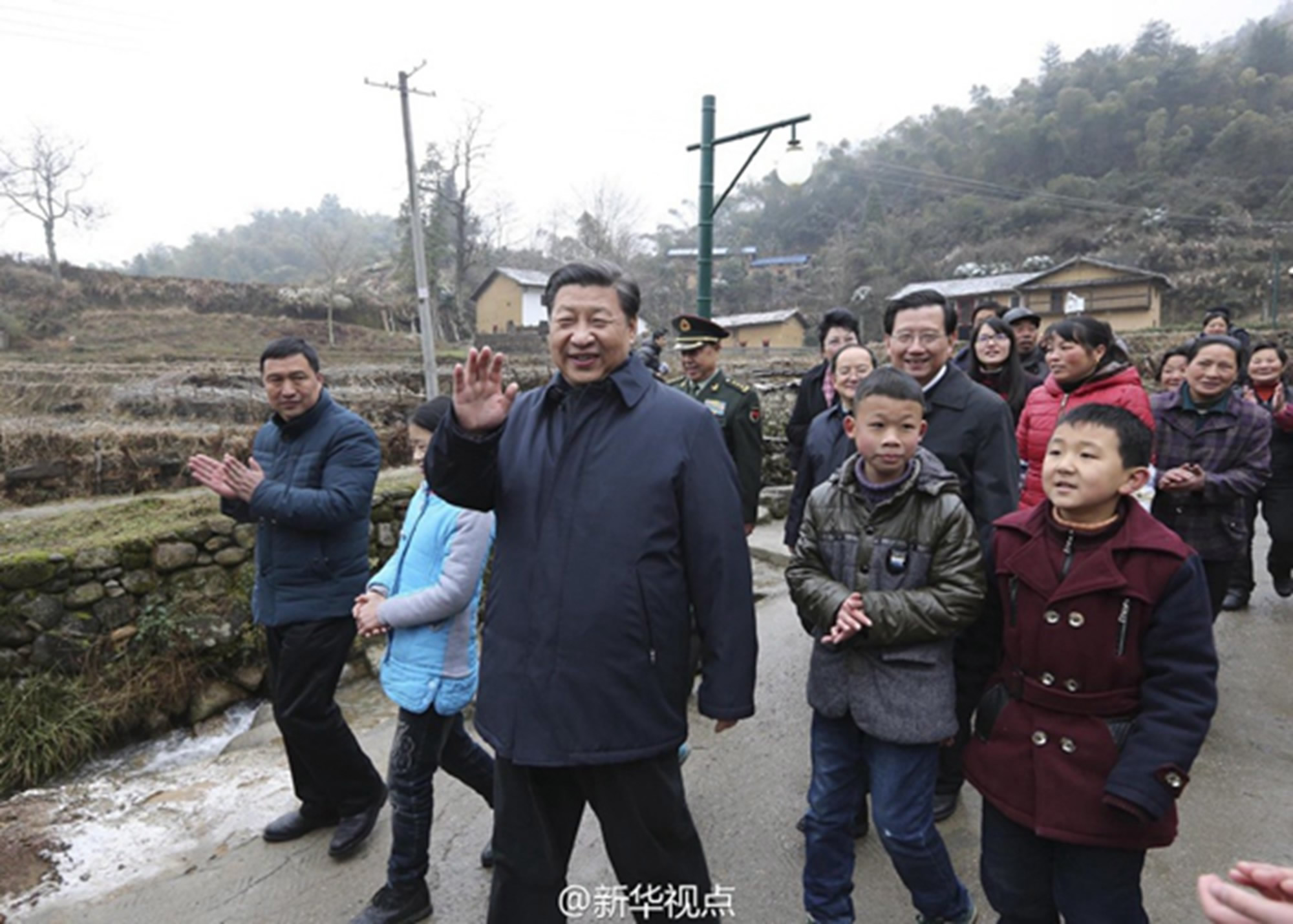 Xi talks with villagers while visiting a revolutionary site in Jinggangshan, Jiangxi Province, February 2, 2016.  /Xinhua Photo
The region was home to the first rural base set up by the CPC forces nearly 90 years ago.
Alleviation efforts should be "spot on" and should address the root causes, Xi said. He said that as China strives to achieve moderate prosperity, the old revolutionary base areas should move ahead simultaneously. "No one should drop out," he told a huge crowd of villagers.
Anhui Province, April
Xi came to Xiaogang, one of the poorest villages before China’s opening-up and economic reform. 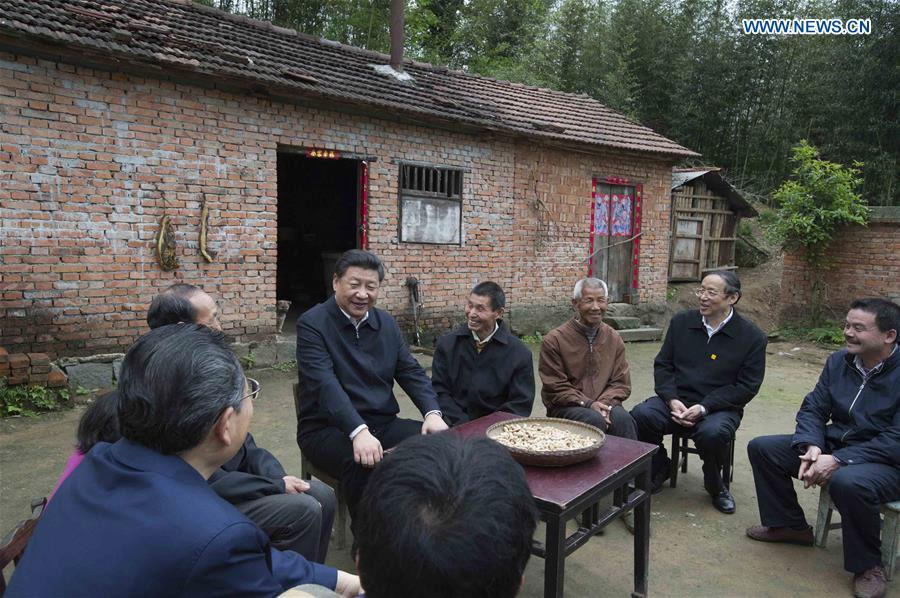 Xi talks with villagers on poverty alleviation work in Dawan village of Jinzhai county, Anhui Province, April 24, 2016. /Xinhua Photo.
He also visited mountainous Jinzhai county, where farmers set up solar power infrastructure to change their lives under the government program to eliminate poverty.
Heilongjiang Province, May
Xi went to Heilongjiang in late May to spread the message about the central government’s decision to revive the northeast region’s industrial belt. 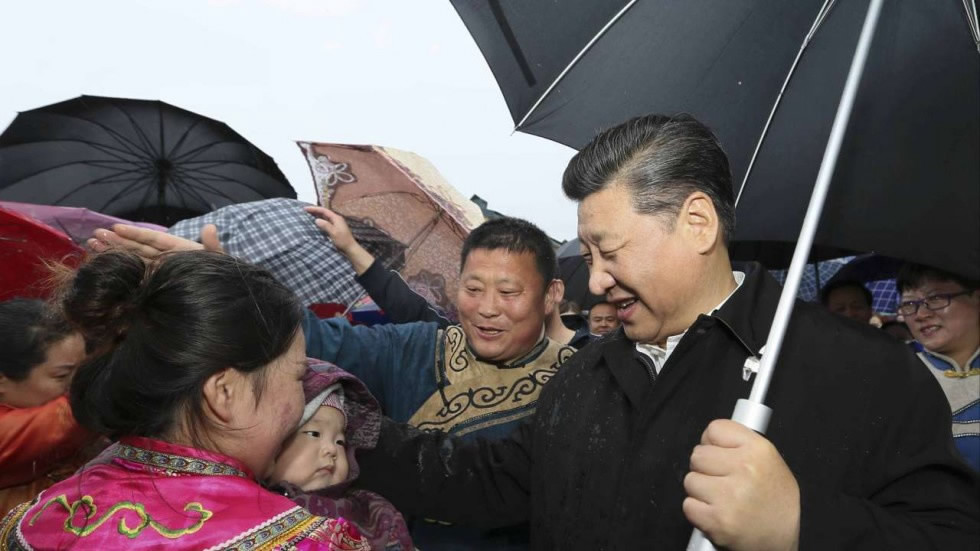 Xi meets ethnic minorities in Bacha village, Heilongjiang Province, May 24, 2016. /Xinhua Photo.
He urged more action on economic reform and on environmentally-friendly development in the region.
Ningxia Hui Autonomous Region, July
Xi spent three days in northwest Ningxia, a less developed area with a high concentration of ethnic minorities. No region or ethnic group should be left behind in China's drive to build a moderately prosperous society by 2020, the president said. 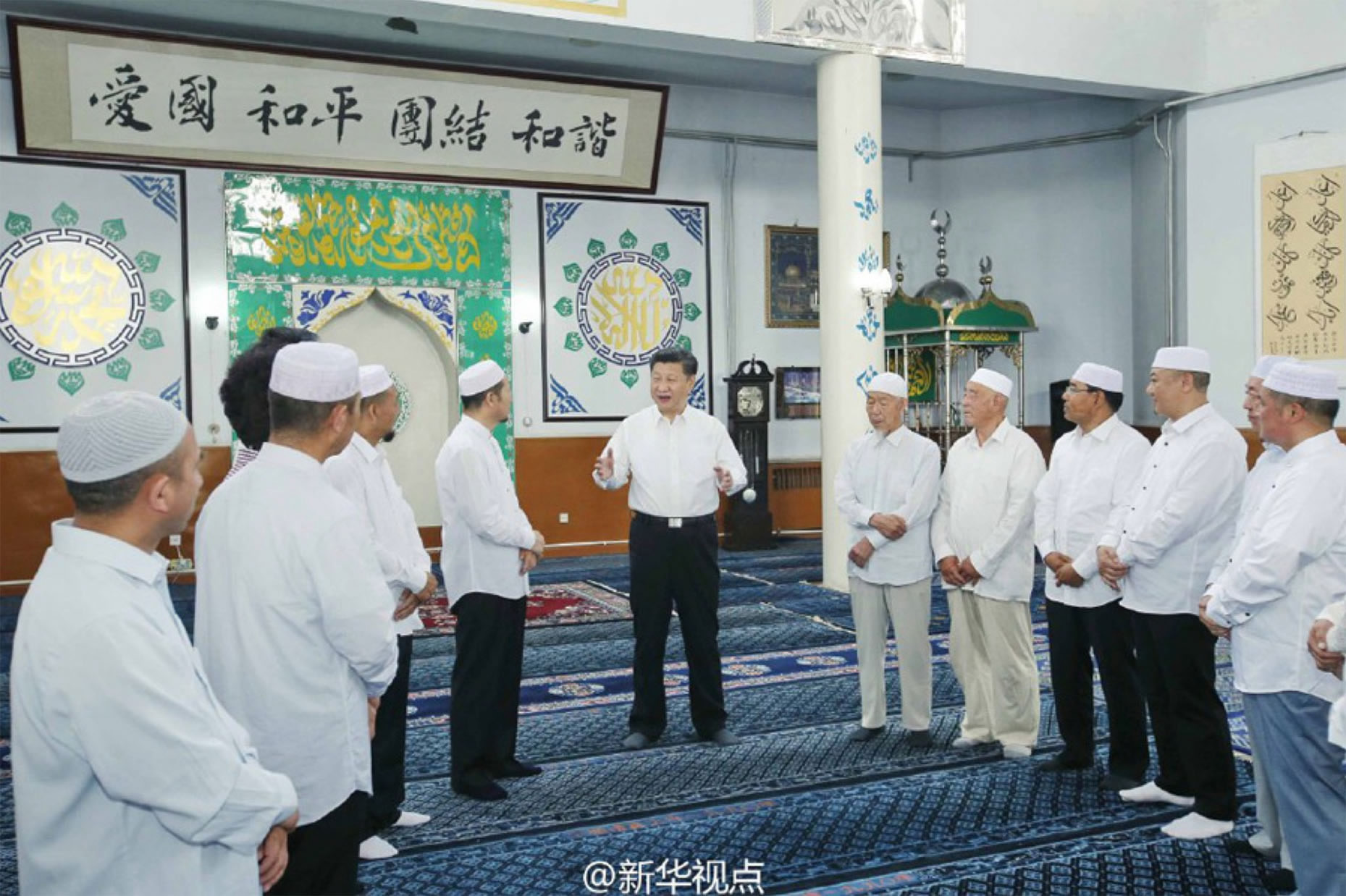 Xi talks with Muslims at Xincheng Mosque in Yinchuan, capital of northwest China's Ningxia Hui Autonomous Region, July 19, 2016. /Xinhua Photo.
He also urged developed regions in the east to help their partner regions in the west to better fight poverty at a national conference on poverty alleviation through east-west cooperation in the capital city of Yinchuan.
Hebei Province, July
A week after his inspection in Ningxia, Xi visited Tangshan city on July 28, the 40th anniversary of the Tangshan Earthquake, which claimed over 240,000 lives. 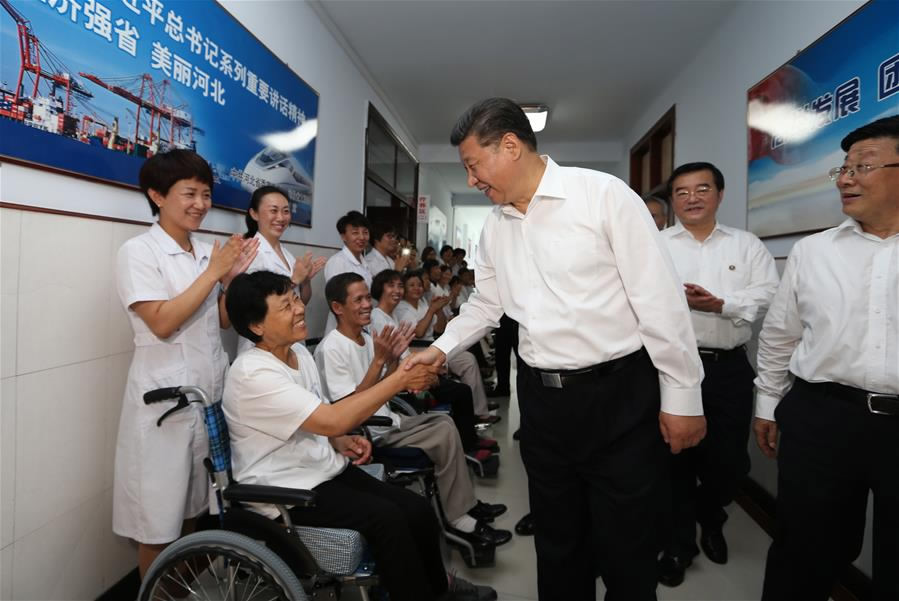 Xi visits paraplegic patients at a rehabilitation center in Tangshan, Hebei Province, July 28, 2016. /Xinhua Photo.
After mourning victims and survivors of the quake, Xi called for efforts to improve the province's overall disaster relief ability.
Qinghai Province, August
Most of Qinghai is located on the Qinghai-Tibet Plateau. Describing the region's ecosystem as its "biggest merit, responsibility and potential," Xi said that measures must be taken to ensure that economic, social and environmental developments proceed hand-in-hand. 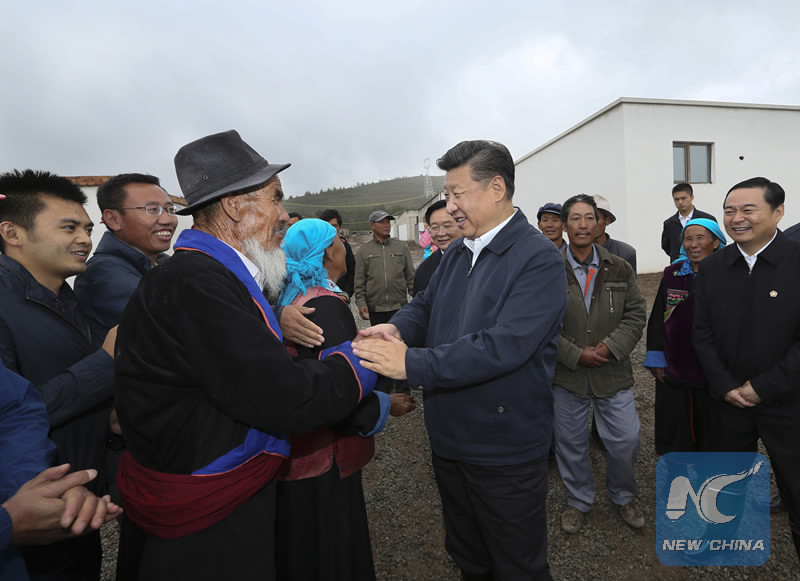