By CGTN's Hu Chao
Hukou Waterfall is located along the Yellow River at the intersection of northern China’s Shanxi and Shaanxi provinces. It’s the world's largest yellow waterfall and the second largest waterfall in China. 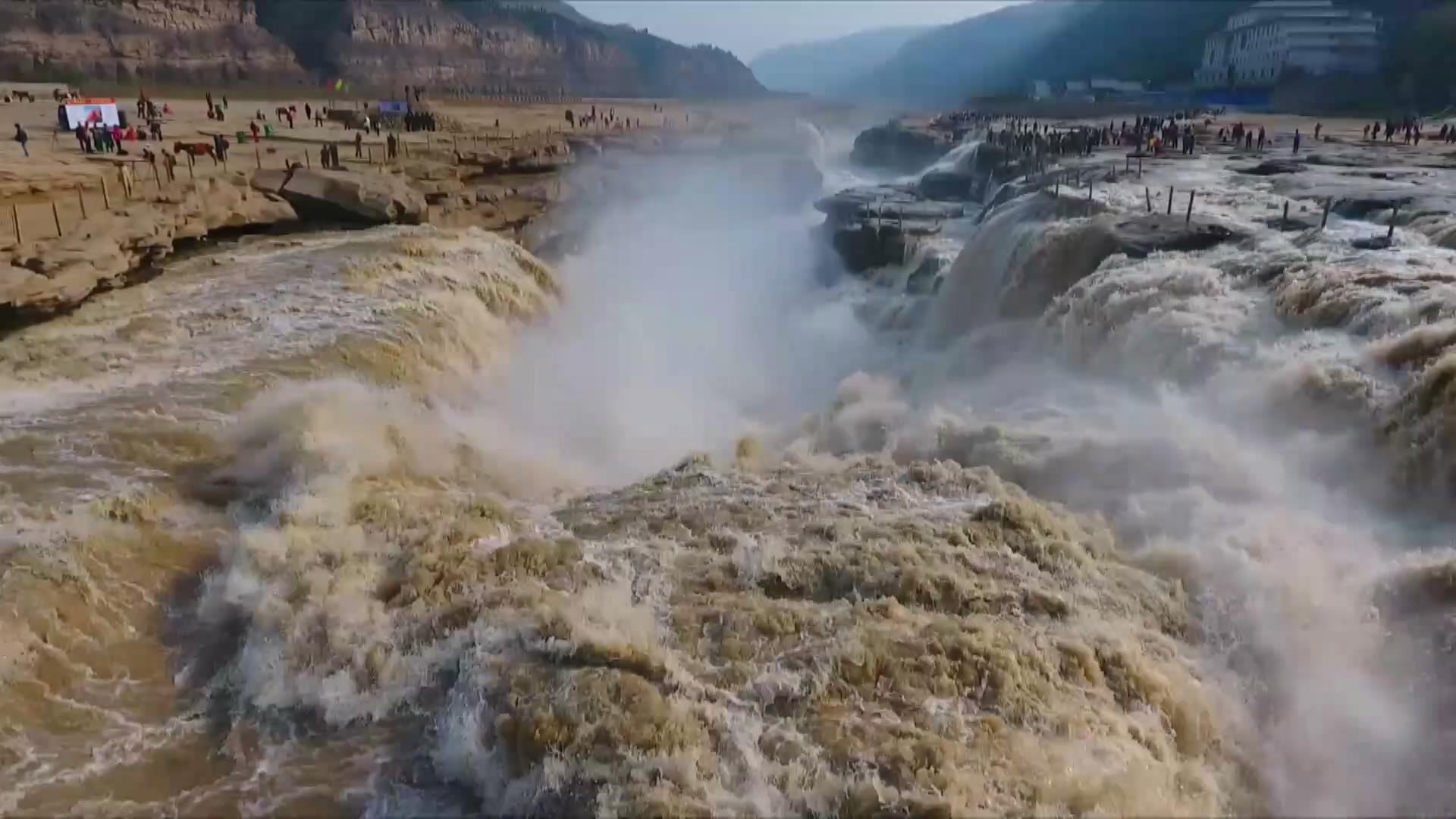 Mist created by the waterfall is all over the place. /CGTN Photo
Now a month into spring, with temperature steadily climbing, the water volume at Hukou Waterfall has also been on the rise, 500 cubic meters per second.
Some small waterfalls have also appeared, framing the main waterfall in the center. The fast running water plunging over the cliff and the mist floating around it create breathtaking views, attracting many visitors and photographers. 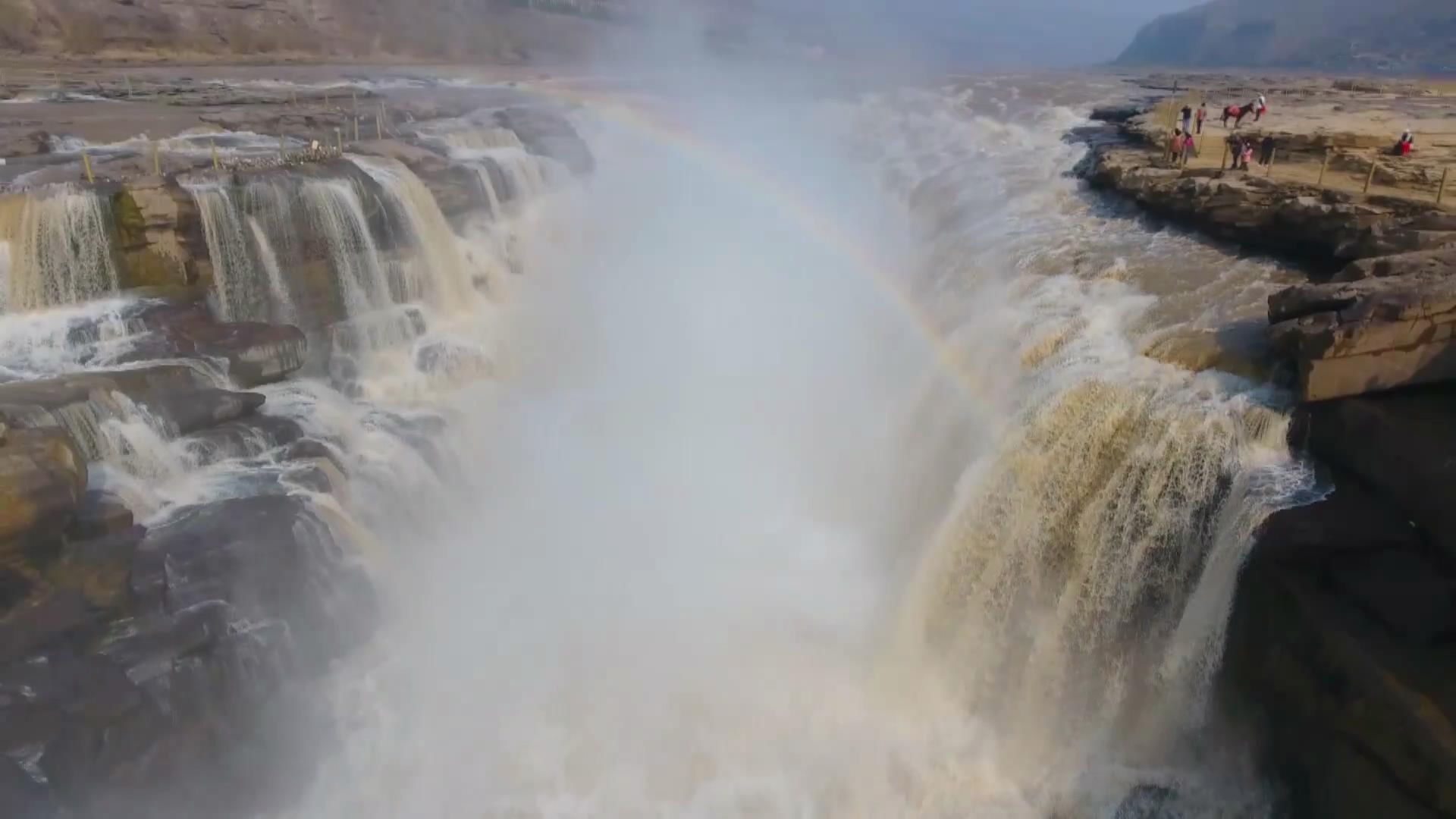 Rainbows can sometimes be seen over the cliff on sunny day. /CGTN Photo
Adding to the beautiful scenery are peach flowers, which are blossoming. Such a view has been labeled as a "peach flower flood." 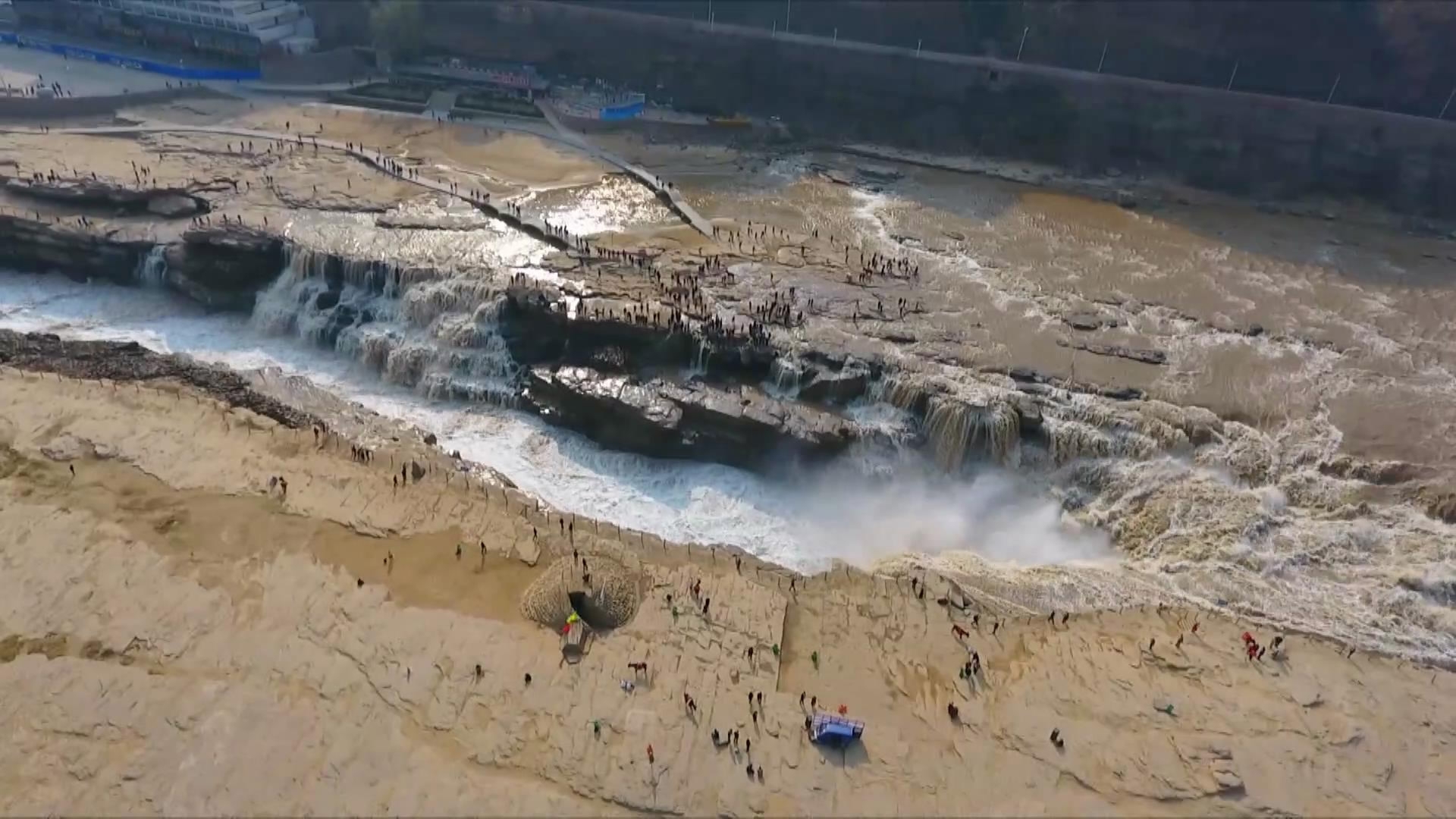 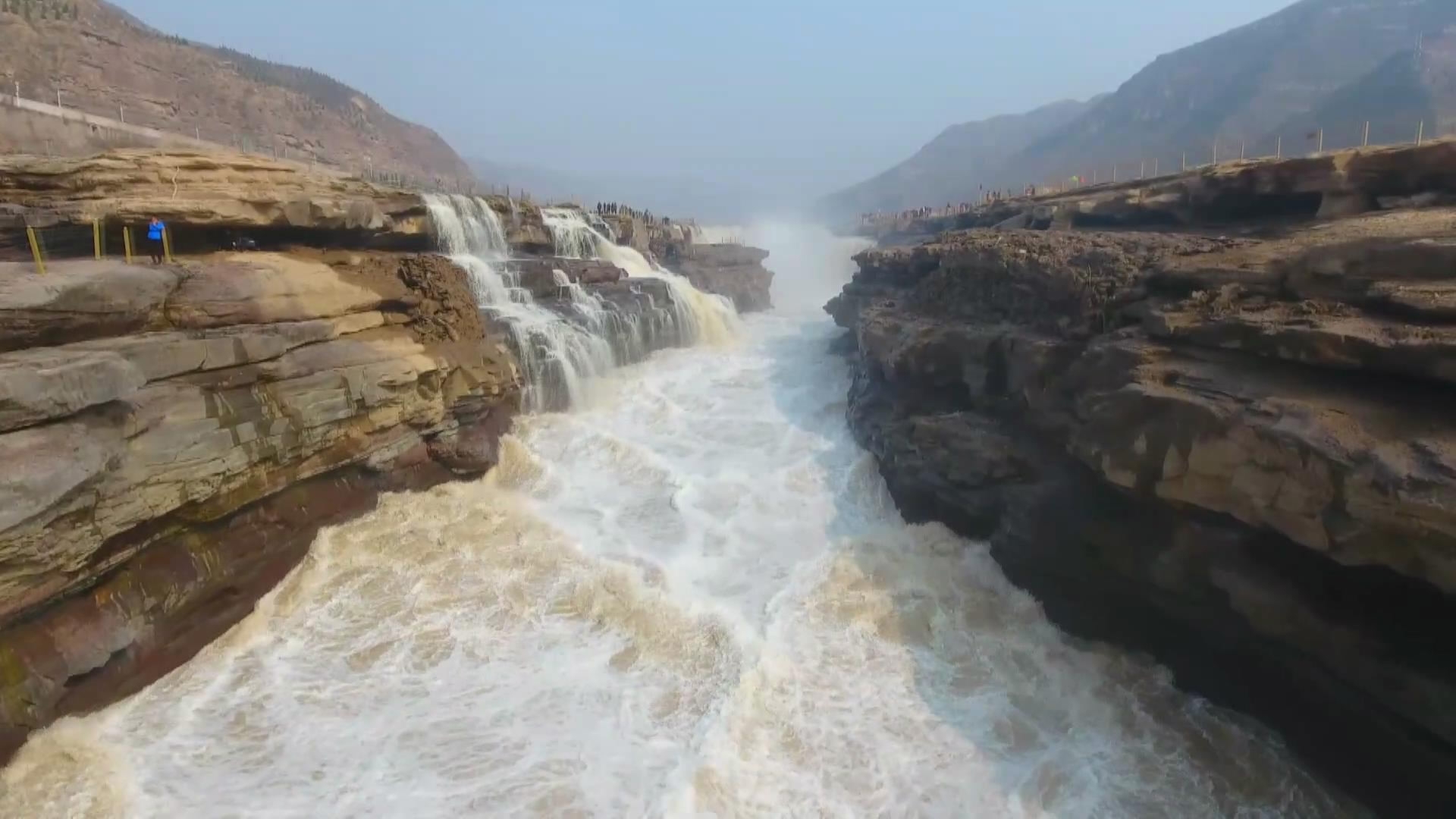 The Yellow River is the second largest river in China. /CGTN Photo
Local authorities have also made efforts to protect the Yellow River. Any kind of wastewater is banned from being discharged into the river. Three sewage plants have been built around waterfall area and five more are under construction.
671km
Copyright © 2017