Japanese Prime Minister Shinzo Abe on Monday rejected calls from opposition parties for his wife, Akie, to testify before the Diet over a scandal surrounding a donation for a school operator's dubious land purchase, saying it was unnecessary.
The opposition parties believe Akie took part in the questionable sale of state-owned land to school operator Moritomo Gakuen, and demanded on Sunday that she deliver a sworn testimony in parliament.
“The issue of Moritomo Gakuen involves Mrs. Akie. She should appear before the Diet,” said Yuko Mori of the Liberal Party. 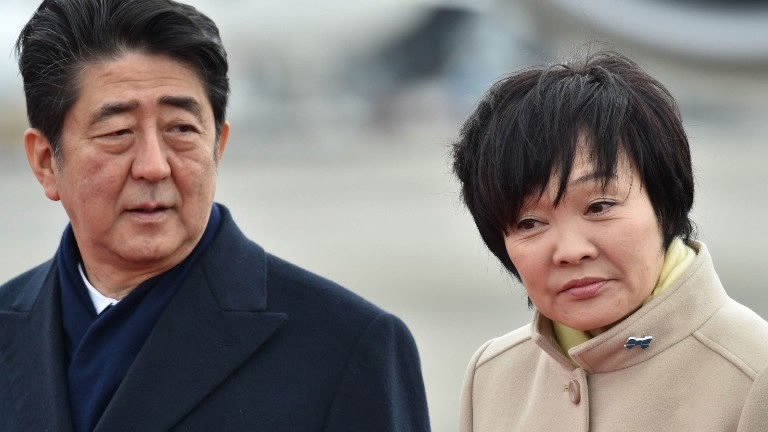 ‍Japanese Prime Minister Shinzo Abe and his wife Akie Abe. /CFP Photo
Mizuho Fukushima, chief of the Social Democratic Party, also called for testimony by the first lady. “It was an exercise of authority that took advantage of her position as the wife of the prime minister. Sworn testimony in parliament is indispensable,” she said.
“The government personnel performed her job as official duty, and we cannot help but suspect (Akie’s) involvement,” Testuro Fukuyama of the main opposition Democratic Party said, adding that the process needs to be explained clearly.
However, the current administration, the Liberal Democratic Party, denied the claims and said only political issues should be presented in parliament.
“Sworn testimony is intended for people who may face criminal responsibility, with the possibility of perjury charges,” Hakubun Shimomura, executive acting secretary general of the ruling Liberal Democratic Party, said on a television program. “Akie has not committed any crime.” 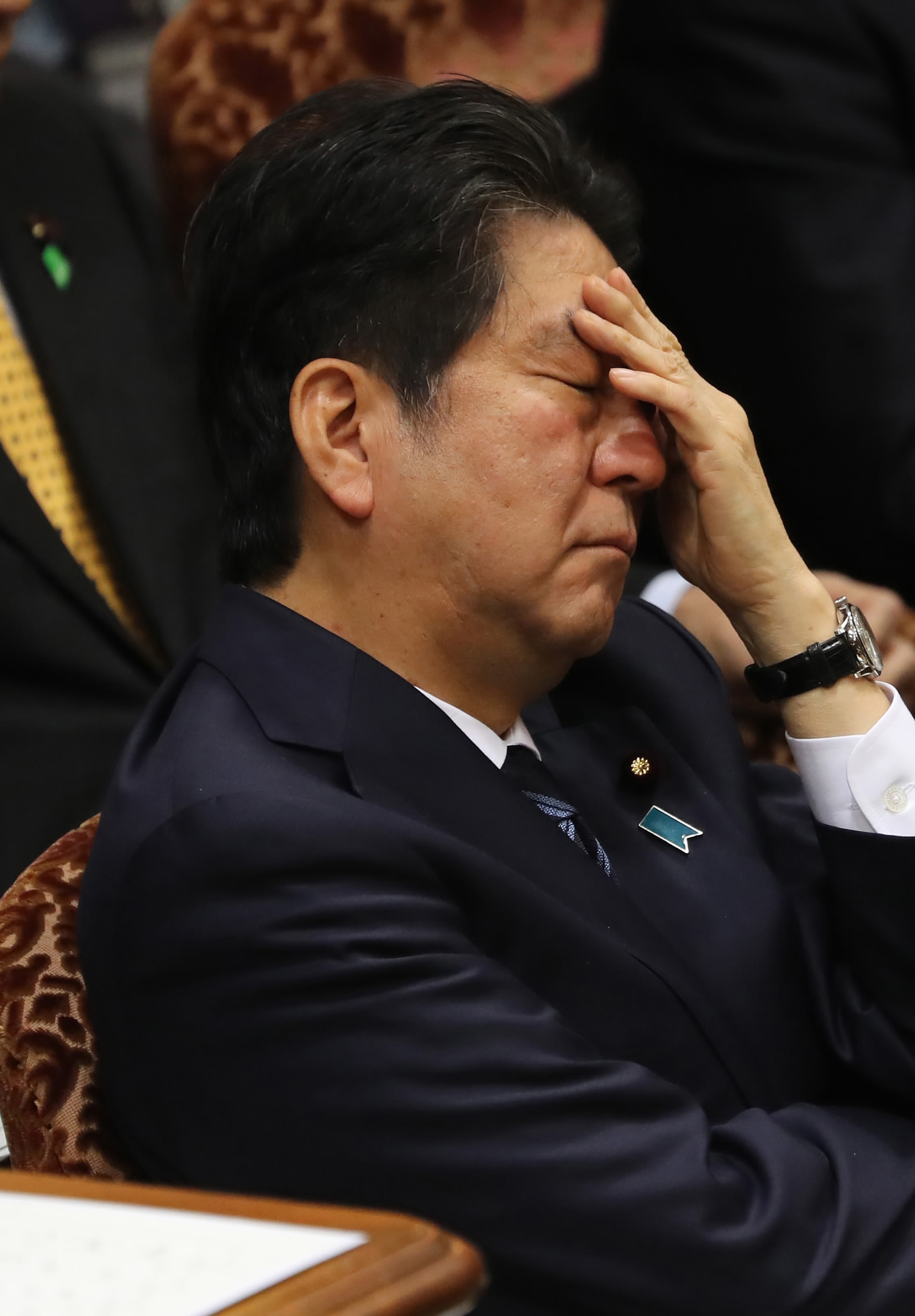 Japanese Prime Minister Shinzo Abe attends a session of a House of Councillors committee in Tokyo on March 27, 2017. /CFP Photo
Last week, Yasunori Kagoike, head of Moritomo Gakuen, confessed that he received 1 million yen (over 8,900 US dollars) in donations from Akie during a sworn testimony at the parliament. Both Abe and his wife have staunchly denied having any connection to the ballooning scandal, and Abe offered to resign if evidence of his involvement was brought forward.
The Guardian describes Moritomo Gakuen as an “ultra-nationalist” school that has been accused of hate speech, with Kyodo News reporting that the school operator “uses discriminatory language toward Chinese people and others in its newsletters.”
This marks the biggest crisis Abe has had to face since he began a rare second term as prime minister in 2012.
According to a Kyodo News poll released on Sunday, Abe's approval rating slipped further over the shady land deal scandal. Around 62.6 percent of respondents said they were not convinced by Abe's denial of any involvement by him or his wife Akie in the land deal. Over half of the respondents said Akie Abe should testify under oath in parliament.
His approval rating has dropped to 52.4 percent, down 3.3 percentage points from a survey two weeks ago. Around 82.5 percent of respondents said the government has not done enough to clear away suspicions surrounding the scandal.
Abe is just over 70 days away from becoming Japan's longest-serving modern-era prime minister. Many say his chances of gaining that distinction are now in jeopardy.