‍Eighteen ancient tombs belonged to nomadic Xiongnu tribes 1,800 years ago were recently discovered at an archaeological dig at the Yin Ruins in central China's Henan Province.
According to archaeologists, the tombs, ranged in orderly rows, were discovered at the east of the Yin Ruins' palace area.
Based on the relics unearthed so far, they did not belong to the Han people living on the Central Plain. Shen Weixi, researcher of the Chinese Academy of Social Science /CNTV Photo
Shen Weixi, researcher of the Chinese Academy of Social Sciences, said "the tomb chambers were built with bricks, which is not like the typical tombs on the Central Plains. They likely date back to the period from the late East Han to the Wei and Jin Dynasties, about 1800 years ago."
The archaeologists found that all these graves were well preserved, and there were no traces of them having been robbed and plundered. A number of objects were discovered alongside the graves, including short swords, gold earrings and turquoise objects. In almost every tomb, there was a bronze pot, considered a common feature of the Xiongnu nomads.
"There are two rings on each bronze pot, and they were used to hang up the pots for cooking. Traces of smoke were found on them, so the pots were all used. From their shapes, we would say they were related to the northern nomadic tribes of Xiongnu," Shen added. 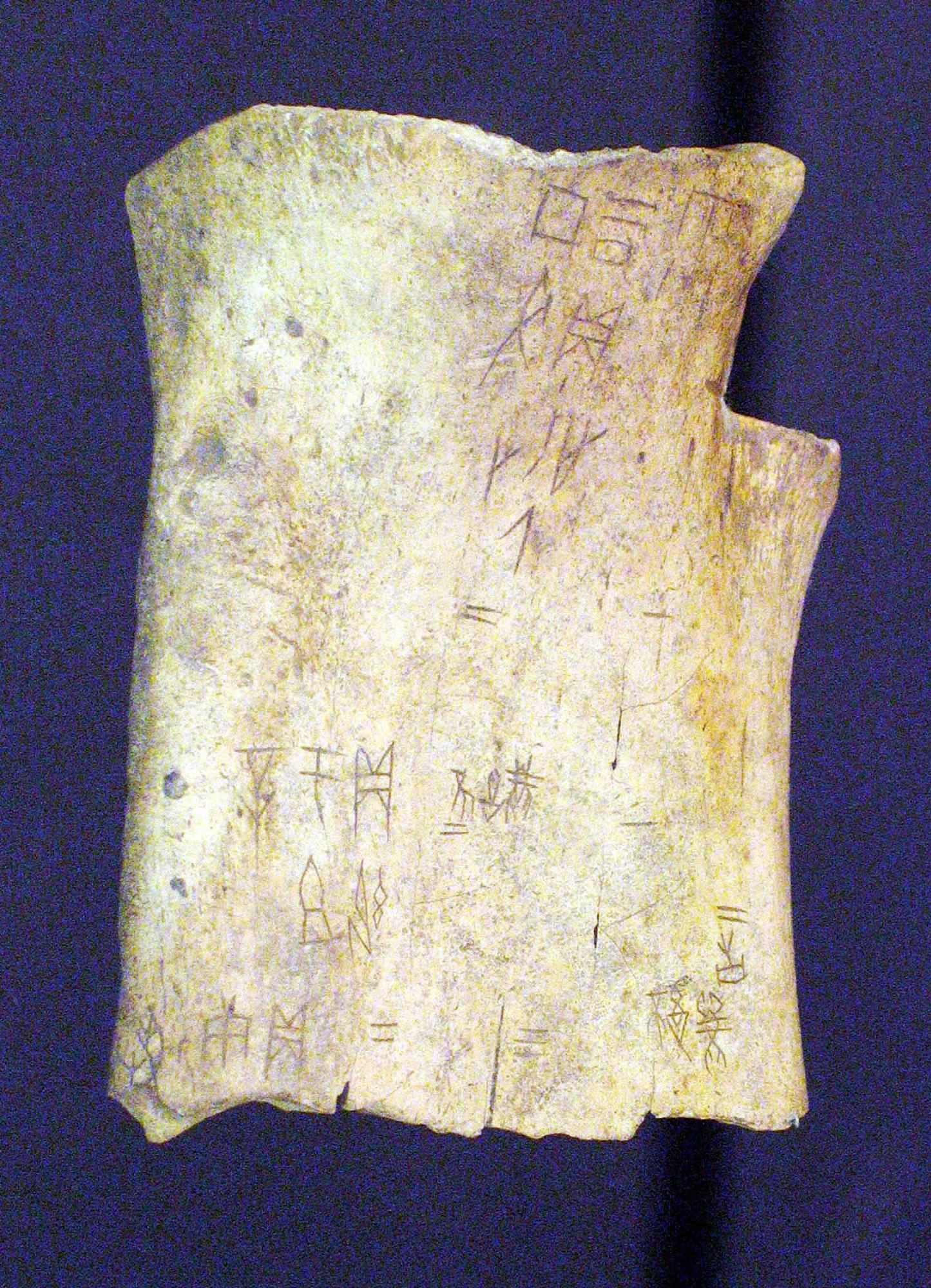 An oracle bone unearthed at the Yin Ruins in Anyang City, Henan Province /VCG Photo
More details are expected to be found with the excavation set to go on until November this year.
Located in Anyang city, Henan Province, the Yin Ruins are the remains of the ancient Shang Dynasty capital, with over 3,300 years of history.
Dubbed the "cradle of Chinese archaeology" by archaeologists, excavations started in the late 1920s, revealing tombs, the foundations of palaces and temples, bronzes, jade carvings, lacquer ware, white carved ceramics, green-glazed ware and oracle bones.
456km
Copyright © 2017