At about 9 p.m. Sunday evening two kids, aged around 4, died after the fall from the fourth floor to the basement floor of a shopping mall in north China’s Tianjin Municipality, according to Beijing News citing Tianjin Nankai district government. 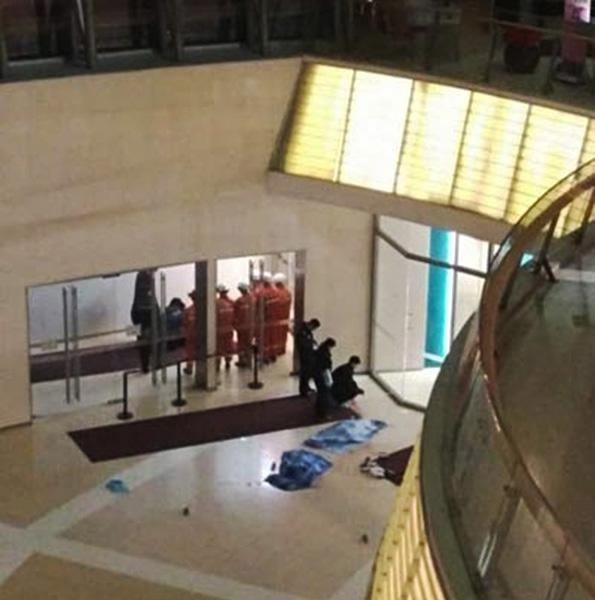 Picture via Internet
While investigations are still ongoing as to the exact cause of the incident one person claiming to be an eye witness to the event, using the name @MK-Kuangsha, posted online that one of the parents of the two kids – a boy and a girl - was holding them, when they accidently dropped them when standing by the edge of fourth floor.
Video and pictures of the devastated parents quickly spread online, as they were captured crying at the blood covered scene.
The tragedy has triggered a massive discussion on Weibo, a major Chinese social platform. Some are sympathetic to the parents over the tragedy while others have criticized the parents, accusing them of failing to take care of their two young children and that they should be prosecuted.

Screenshop via Weibo
“The news is so depressing and the tragedy suggests that the parents are at some level indulgent…Despite what have happened, many are spreading the videos and pictures to the matter – even the bodies. I’m begging you not to do that or incite a secondary blow…Sometimes children are too active to hold tight so avoid the potential threats, parents!”

Screenshot via Weibo
“I can’t say much but ‘fail to hold tight’ part, it is just way too undue.”

Screenshot via Weibo
“…Could this be a serious-enough alarm to the shopping malls to higher their guard bars or to install safety nets? How is that they never become aware of it enough?” 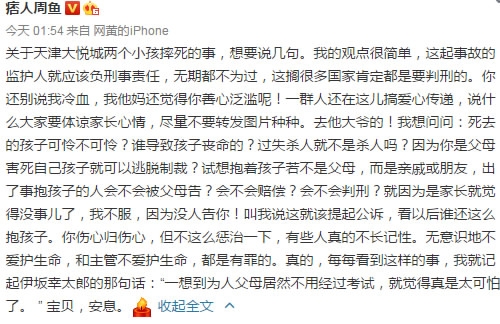 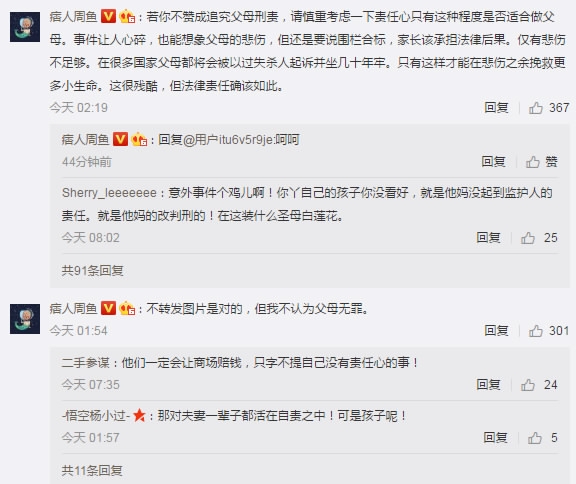 Screenshot via Weibo
“I got something to say to the tragedy. It is simply the guardians’ criminal liability – a life-time in jail is completely reasonable. Such parents’ would have been charged already in some countries. Do not call me coldblooded you innocents. How could it be justified that parents are exonerated from having two kids killed only by being their parents?! What if it was the kids’ relative – their aunt or a friend for instance - would it be the parents give up to that, not suing them? I’d say a public prosecution is necessary! IT IS GUILTY not to take life seriously! Every time such thing happens it reminds me the quote from Kotaro Isaka: ‘It is horrifying just to think of it that one doesn’t have to pass a test to become a parent.’ RIP babies.… I’m not saying spread the pictures and videos are appropriate, but I insist the parents should not walk away from their responsibility in this.” 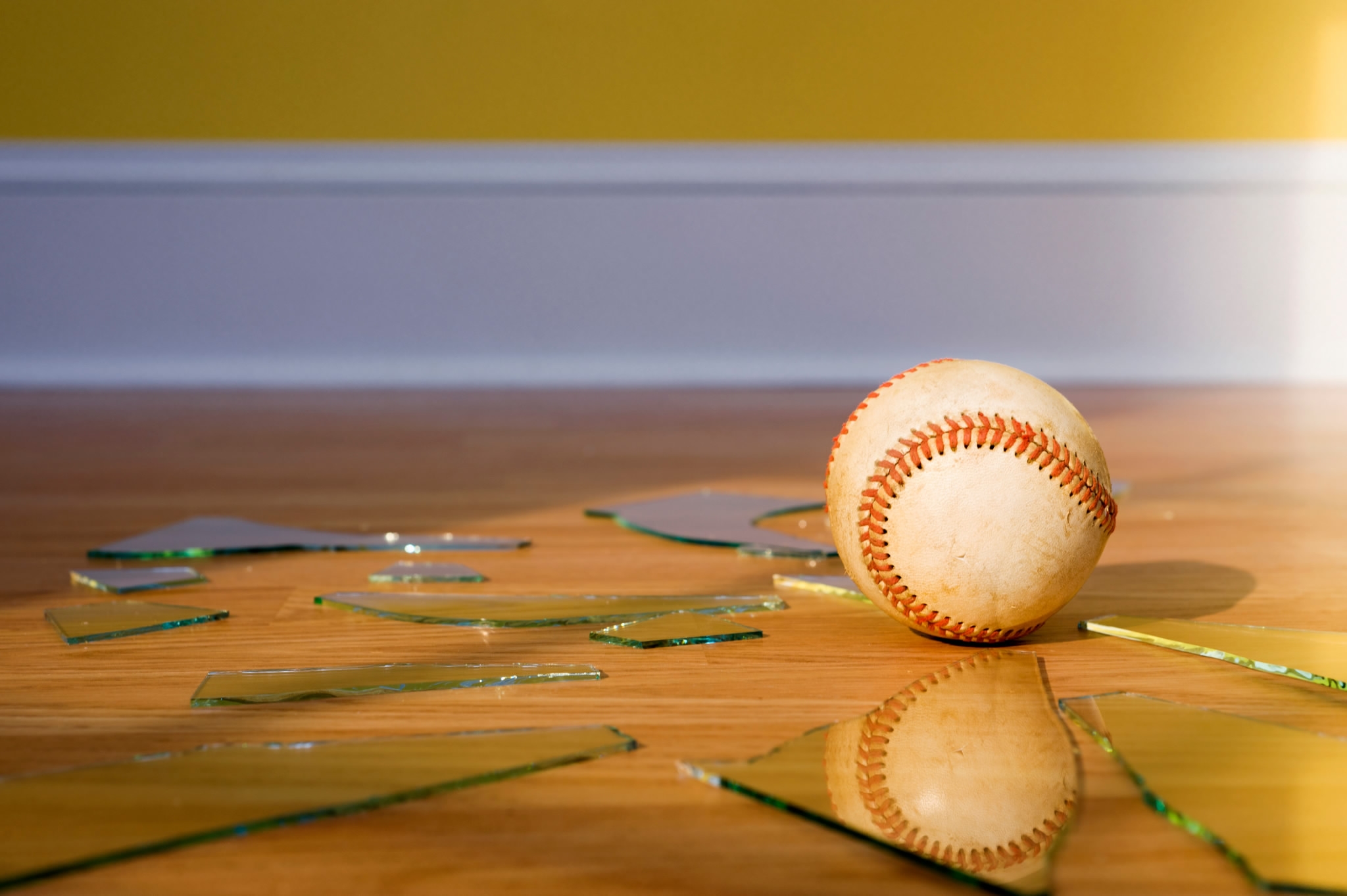 CFP Photo
Irrespective of the rights or wrongs over this specific incident academics have been calling for better education for parents over child safety. According to the newspaper People’s Daily, by the end of 2015 a study showed that over 200,000 children die from accidental injuries every year in China. Lacking sufficient safety education resulted in one third of the number of China’s annual child deaths.
Copyright © 2017