By CGTN’s Silkina Ahluwalia‍
Indonesia is supporting domestic companies by requiring more locally-produced soft and hardware in smartphones sold in the country -- but that's led to challenges like illegal phone sales.
Big brands such as Samsung, Apple and Huawei still dominate the smartphone market in Indonesia, where there are more than 50 million smartphone users.
The Indonesian government imposed a new rule in 2016 to support local smartphone producers like Evercross -- all smartphones sold in Indonesia must contain 30 percent of hardware or software produced in the country.
“The new rule has helped us a lot. As a local brand, we use mostly technology made in Indonesia. We are confident that we can compete with global brands. It's only natural because Indonesia's smartphone market is rising,” said Suryadi Willim, head of communications at Evercross.
As Indonesia’s smartphone users increase, so do the challenges. 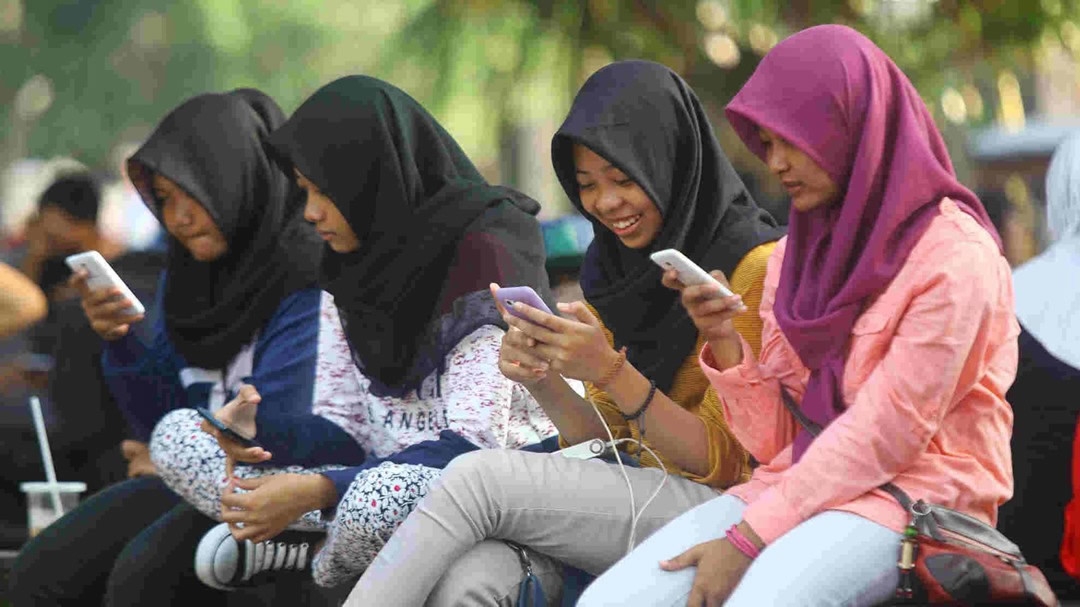 People sit around in Surakarta, Indonesia, using their smartphones. /CFP Photo
A recent study by the country's Ministry of Industry shows that almost one in five smartphones in the country is sold illegally. As a result, the government loses revenue from tax on those devices and it also exposes consumers to various security problems.
In Indonesia, mobile phones are subject to a 10 percent value added tax and if the phones are bought abroad, there’s an additional 7.5 percent import tax.
“In this case, illegal means those companies that aren't truthful about the products they import, usually to evade heavy taxes. The products end up in the black market but we are now working with the Ministry of Trade and Ministry of Communications to create a database of unique codes to track each and every smartphone sold in Indonesia,” said Putu Suryawiryawan, director of technological equipment at the Ministry of Industry.
Putu says it’s all part of the ministry’s efforts to deal with the growth of technology. This year, the number of Indonesians accessing the Internet using their mobile phones is expected to reach 70 million people.
5237km
Copyright © 2017