China’s southern Pearl River Region is the most densely populated area in the world. Buta giant traffic network consisting of highways, high-speed rails, city express lines and subways is linking the 67 million people in the region within a one-hour traffic circle.

Down there, temperatures can reach 60 degrees Celsius as sweat-soaked workers drill a path for the city's underground transport system. 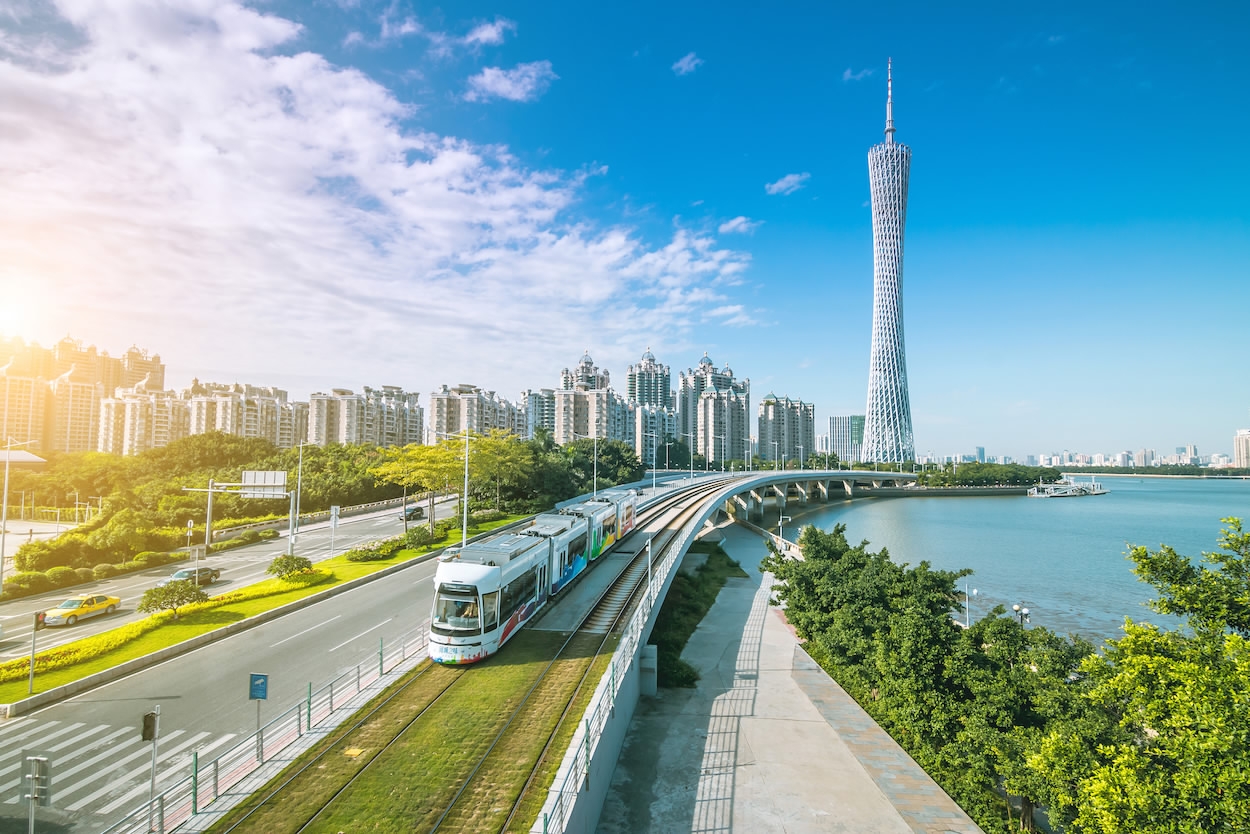 Up on street level, work is also underway on a new station called Tianhe Park, which is as large as ten standard football fields with three underground floors.

The project's chief engineer Meng Tao says Tianhe Park will be an important transfer center in Guangzhou's metro network, with three new subway lines crossing it. Once completed, it will be the largest of its kind in China, he added.

In Guangzhou, Shenzhen or nearby manufacturing cities like Foshan and Donguan, authorities are planning to build a metro network stretching more than 2,000 kilometers over the next decade.

By then, a tourist only needs a metro ticket to travel from Hong Kong to any place in the Pearl River Delta Region.

On the west side of the Pearl River, a city express rail line will link Macao to Guangzhou, and on the east side, the Guangzhou-Shenzhen-Hong Kong high-speed rail will shorten travel times by more than half to just 48 minutes. Drivers can reach Hong Kong from Macao within 45 minutes via the world’s longest sea-crossing bridge, the Hong Kong-Zhuhai-Macao Bridge.

Another sea-crossing channel will link China’s Silicon Valley, Shenzhen, to the city of Zhongshan on the bay's western side.

These projects require tens of billions of dollars to realize. The logic behind this infrastructure fever is a famous saying, “if you want to get rich, build a road first”.

Professor Wang Jixian from Hong Kong University said that although such infrastructure investment will not guarantee that the Bay Area plan will succeed, the projects will sure provide more possibilities. As a highly populated area with over 67 million people, better transportation will help enhance and spread production capacity.

In the sky, the Pearl Delta Region already has the busiest air space in the world with five international airports. But government officials are planning to build more airports and runways in the near future.

By land, sea or air, the Bay Area is on its way to having one of the best transportation infrastructure networks in the world.