English proficiency is key to enter the global market for many Chinese stars. In this respect, their success in the West is built upon hard－and sometimes humorous－lessons.
No one knows this more than Jackie Chan. The Chinese international superstar reveals how they mastered the language, even though it's so different from his mother tongue.
Chan is a Kung Fu master who has starred in more than 100 movies, but even he admits the toughest step on his long journey to Hollywood fame was jumping the language barrier.
He didn't speak a word of English when he arrived in California in the 1980's. "It would be a very long story to talk about my English-learning experience," the 62-year-old said with a grin during a recent Beijing event. 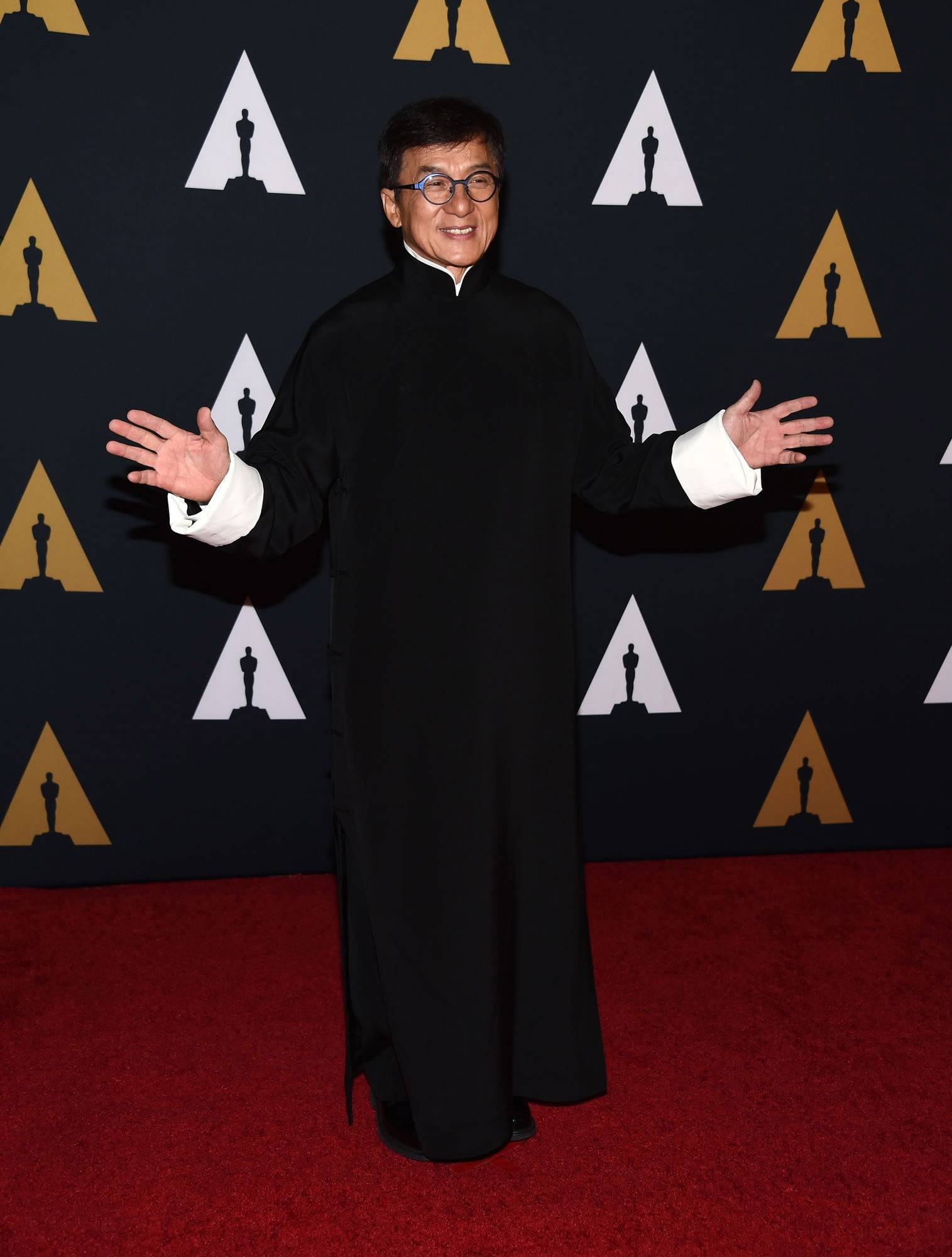 Actor and martial artist Jackie Chan arrives at the Academy of Motion Picture Arts and Sciences' 8th Annual Governors Awards at The Ray Dolby Ballroom at Hollywood & Highland Center in Hollywood, California on November 12, 2016‍. /CFP Photo
"But I can say that now Hollywood needs me, while, in the past, I needed Hollywood." Chan soared to fame as a martial-arts master in Asia in the mid-1970's. But his employer, Golden Harvest, hoped he could break into the larger US film industry.
So the company purposely arranged for him to fly alone to the United States to immerse himself in the English-speaking world so that he could learn the language as quickly as possible.
Jackie Chan made an urgent call to his Hong Kong agent, Willie Chan, in the middle of the night because he mistook a menu for an important document, the Guangzhou-based Yangcheng Evening News reported.
Chan spent a great deal of effort solidifying his status in Hollywood at a time when Chinese faces weren't as prevalent there as they are now. To do that, he made gaining fluency in English one of his top priorities.
To improve his English, he listened to the US folk songs, films, and TV series again and again and imitated the pronunciation.
At his peak, he hired four English teachers and spent nine hours a day studying. He also practiced while appearing in such blockbusters as Rumble in the Bronx and the Rush Hour franchise. He recited the scripts before shoots and communicated with US actors on set, and eventually, he became fluent.
(Source: China Daily)
Copyright © 2017