“Governance of China’s rural areas is far more complicated than you comprehend. Few outsiders understand the difficulty.” We were told this again and again upon our arrival in Xinben, a deprived village on the border of south China’s Hunan and Guangdong provinces.

One of the few who truly comprehends is Xiao Bin, head of a three-man team from Hunan Tobacco dispatched to Xinben two years ago to manage a 10-million-yuan (1.45 million US dollars) “poverty alleviation fund” donated by the state-owned company.

These squads are a central prong of the Chinese government’s strategy in making sure funds for alleviating poverty are used effectively, a deceptively difficult feat in the remote, antiquated communities that are the destinations of this money. 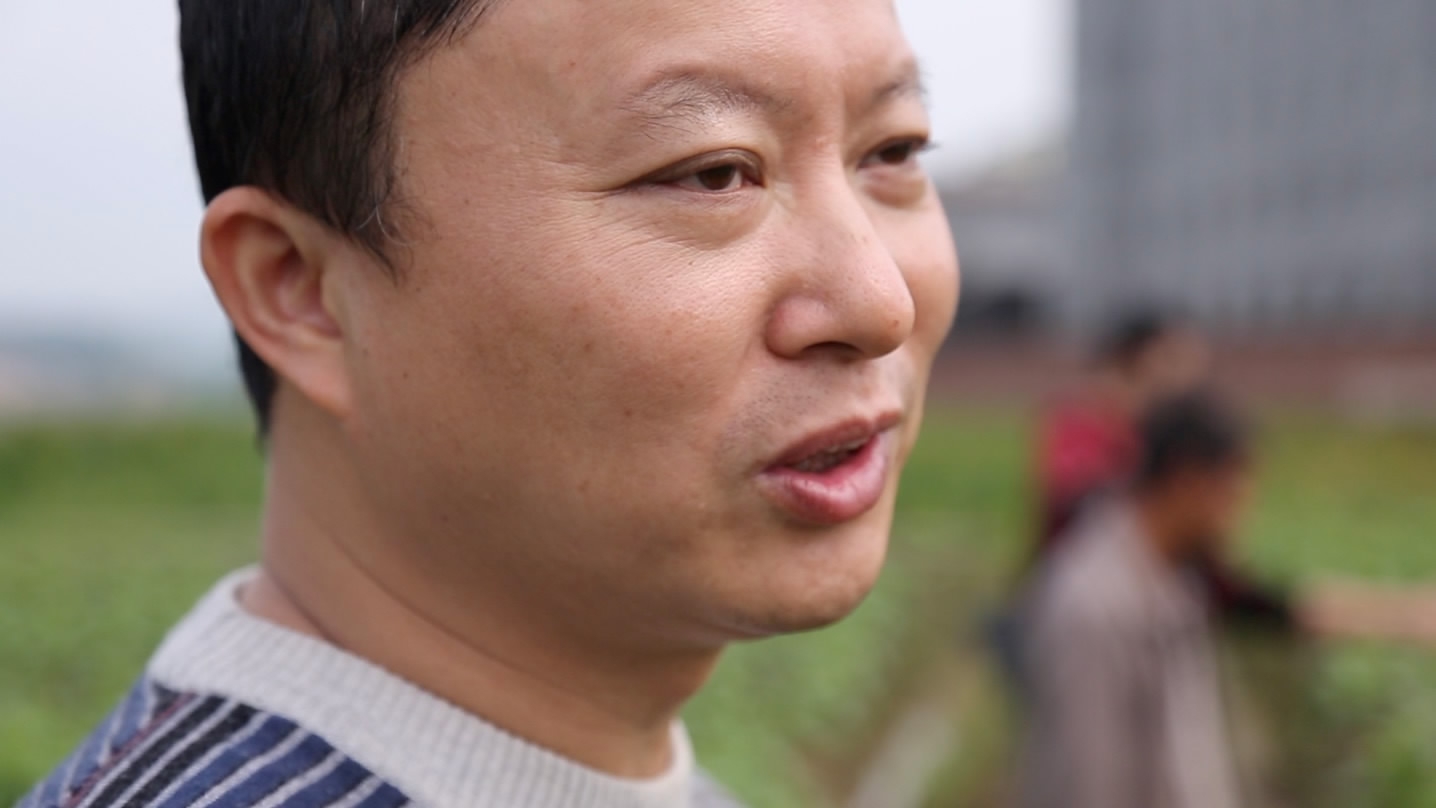 Xiao Bin, head of a three-man team dispatched to Xinben Village to supervise the use of a poverty-alleviation fund / CGTN Picture

What kind of help does the poor really need?

“If you simply put the money into the hands of the poor and do nothing, it will be wasted on gambling sooner than you expect,” said Xiao while showing us around several poverty alleviation projects he has presided over in the past three years. As a proponent of free market principles, he believes that job creation is at the core of the solution and chose to direct resources into infrastructure and local industries.

In mountainous Xinben, farmland used to be rugged and divided into small pieces, many of which were abandoned due to the low profits of cultivation. The situation began to change after Xiao pushed for the land to be flattened and amalgamated into a larger whole, a must for use of agricultural machinery, and invested to reconstruct irrigation facilities and a drainage system. Big, industrialized farms mushroomed as investors leased land from indigenous owners at high prices.

“The most important thing is the increase in labor demand,” Xiao said. “A hired farmer is payed 100 yuan for a day’s work. That makes a huge difference for a poverty-stricken rural family.”

That is why Xiao is so devoted to his plan of supporting promising sectors of the local economy such as an orange plantation, a goose farm, a piggery, a brickyard and several tobacco farms. He has also directed the funding into an expansion of electricity and water supply as well as the road network to pave the way for the influx of more investment. “The money flows into where it’s rewarded with the most of profits. That’s the way the market goes,” Xiao said.

Most of the entrepreneurs he chose to patronize are successful local businessmen with assets and good credit. “We cannot be the only source of funds,” he stressed. “One of the lessons we learned is to never take all the weight upon our own shoulders, otherwise the actual entrepreneur will never take up responsibility and our money will go down the drain.”

He also tried to encourage some of the poor to start their own business. Not all have been successful. Huang Guoxiu, a local who started a tobacco farm under the support of Xiao, suffered a heavy loss last year due to poor management.

“He’s too good a man to be a manager. Sometimes you need to be tough and learn to say no,” Xiao told us. “In the end, it all comes down to something in the mind: management skill, sense of business, cultivating techniques. We can help with that, but it’s more than a single day’s work.”

Let the poor own the fund, and the capable use it

Poverty alleviation has been implemented as a national strategy in China for decades, with hundreds of villages and more than 70 million residents registered as “poverty-stricken” across the country, to be subsidized with up to 100 billion yuan in financial aid from the state every year. How to allocate and make use of a fund that big has remained a challenge over the years. It is only recently that squads like Xiao’s, derived from state-owned companies and high-level administrative departments, have been sent out to manage the process.

In 2013, Chinese President Xi Jinping called upon local governments to take targeted measures in poverty alleviation to ensure that the assistance reaches “precisely” the people in need. The extent to which that initiative is fulfilled is a major factor in local governments’ performance reviews and how much funding they are allocated. Hence, how to most effectively help the poor has become an urgent question for local authorities.

The answer in Xinben’s case is to let the poor only nominally own the fund, and to have more capable people decide how it is used. The village’s households officially categorized as poverty-stricken were given financial aid from the state and donors, as well as interest-free loans from commercial banks, on the condition that the money would actually be invested in areas of the local economy deemed likely to provide long-term benefit to the community. In return, the banks promised to provide fixed (8-12 percent) yearly dividends to the stock holders with the guarantee of local government.

“Under this arrangement, the poor are remunerated with a bump in salary, a rise of land transfer fees as well as access to share dividends,” Xiao explained. “The first and most urgent concern of any companies in the market is to survive and grow. Only after that can the poor benefit.”

“I would call the arrangement an innovation rather than an expedient,” said Qiu Zhiyong, Communist Party secretary of Huangsha town, which administrates Xinben. Like Xiao, he reiterated that concentrating resources into several competitive companies is more efficient in developing the local economy than distributing limited funds into individuals’ hands.

Who deserves to be subsidized?

“Personally, I am not a big fan of pure and simple allowances,” said Xiao while telling us about his worries that too many handouts may encourage laziness and dependence. “In these communities, the line between those registered as poor and those not on the register is really thin. An allowance could easily disturb the balance in China’s rural society and result in acidic complaints.”

This was not a critical problem while the poverty alleviation investments were focused on constructing infrastructure from which everyone benefited. Now though, as the Xinben campaign moves into a new phase and despite Xiao’s misgivings, the thorny issue of who deserves to be subsidized has come up.

Visitors soliciting money are to be found every corner. Xinben resident Xu Xinsheng is one of the most persistent. “He chases after me every time he sees me, requesting that his name be added to the subsidy list!” Xiao laughs. “But I can’t act on his wishes. I have to follow the rules.”

He told us that whether a household is defined as poverty-stricken (and therefore eligible for a subsidy) depends on an official inspection into its living conditions, as well as a democratic discussion within the community. However, given that financial conditions are hard to analyze from superficial appearances and the community vote is subject to neighborhood relationships, the results are frequently questioned.

It is because of these difficulties that teams like Xiao’s, the police of China’s anti-poverty campaign, are so needed.

Poverty Alleviation in China: A young man sticking with the land