The government of South Sudan has cancelled official independence day celebrations for the second consecutive year over financial difficulties.

Juba said funds that would have been used for festivities would instead go towards providing much-needed services.

The current violence and economic crisis did not warrant celebrations, and as a result, the celebrations would not be held, said the unity government. 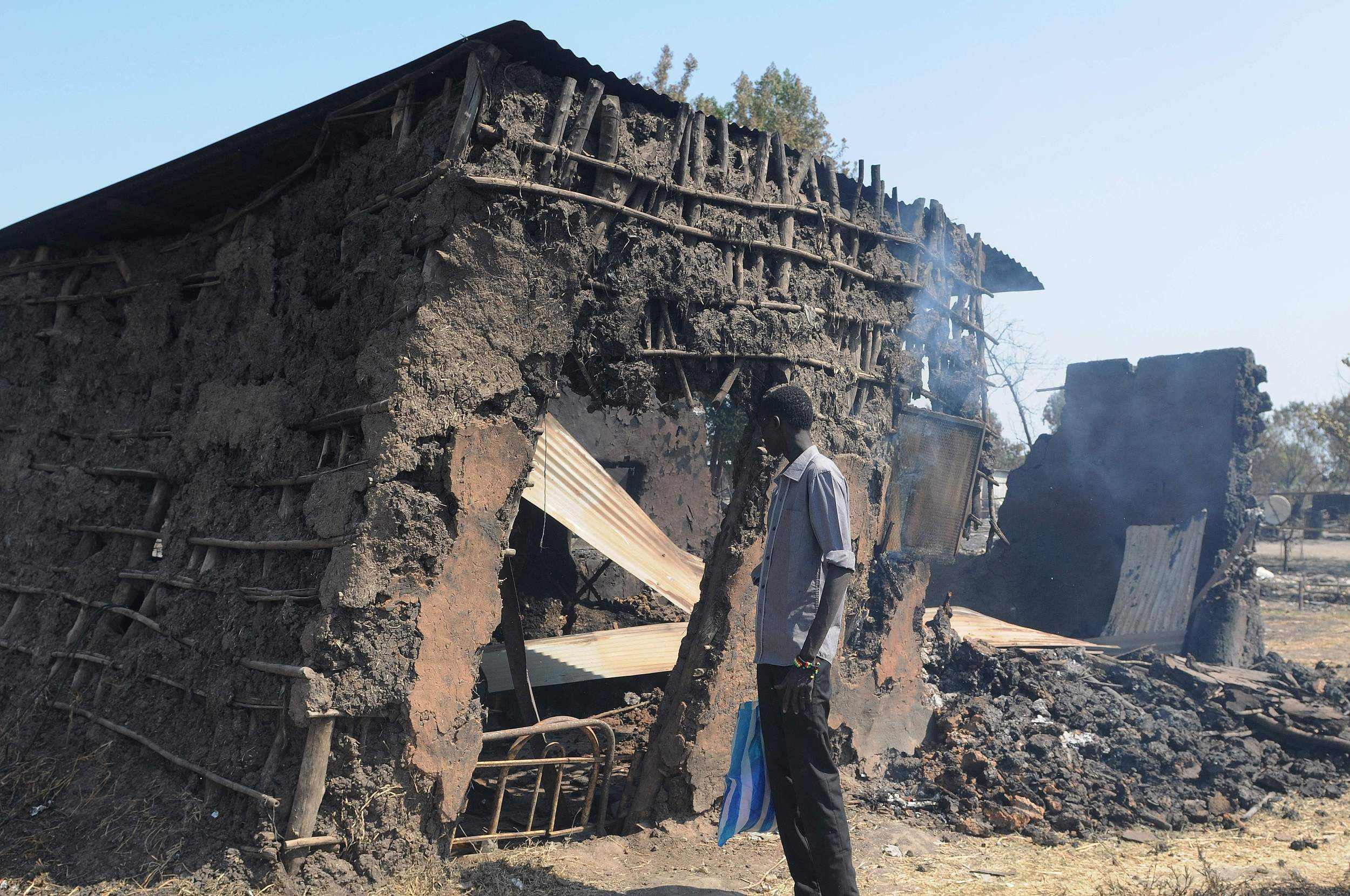 January 12, 2014, Bentiu: A South Sudanese man looks at what remains of his house after it was torched by rebels. /VCG Photo

The country however slipped into war in December 2013 after President Salva Kiir accused his then-deputy Riek Machar of plotting a coup against his government. Machar denied the allegations but then went on to mobilize a rebel force to fight the government.

A peace deal signed in 2015 has continually been violated by the warring factions.

The war has killed thousands and displaced millions, prompting the United Nations to rank South Sudan as Africa’s biggest refugee crisis, and the third worldwide after Syria and Afghanistan.