China's massive expansion of international trade has made it the biggest target for trade disputes. A third of trade friction investigations in recent years have been against China. Now, China is taking action, saying it is being subjected to unfair standards.
China is the biggest exporting country in the world, replacing the US in 2013. The Ministry of Commerce says China has been the target of the biggest number of anti-dumping cases for the last 21 years and subject to the biggest number of anti-subsidy cases 10 years in a row.
According to the ministry, there were 117 trade remedy cases brought against Chinese companies this year. That's about one complaint against China every three days. Products worth nearly 14 billion US dollars were affected. 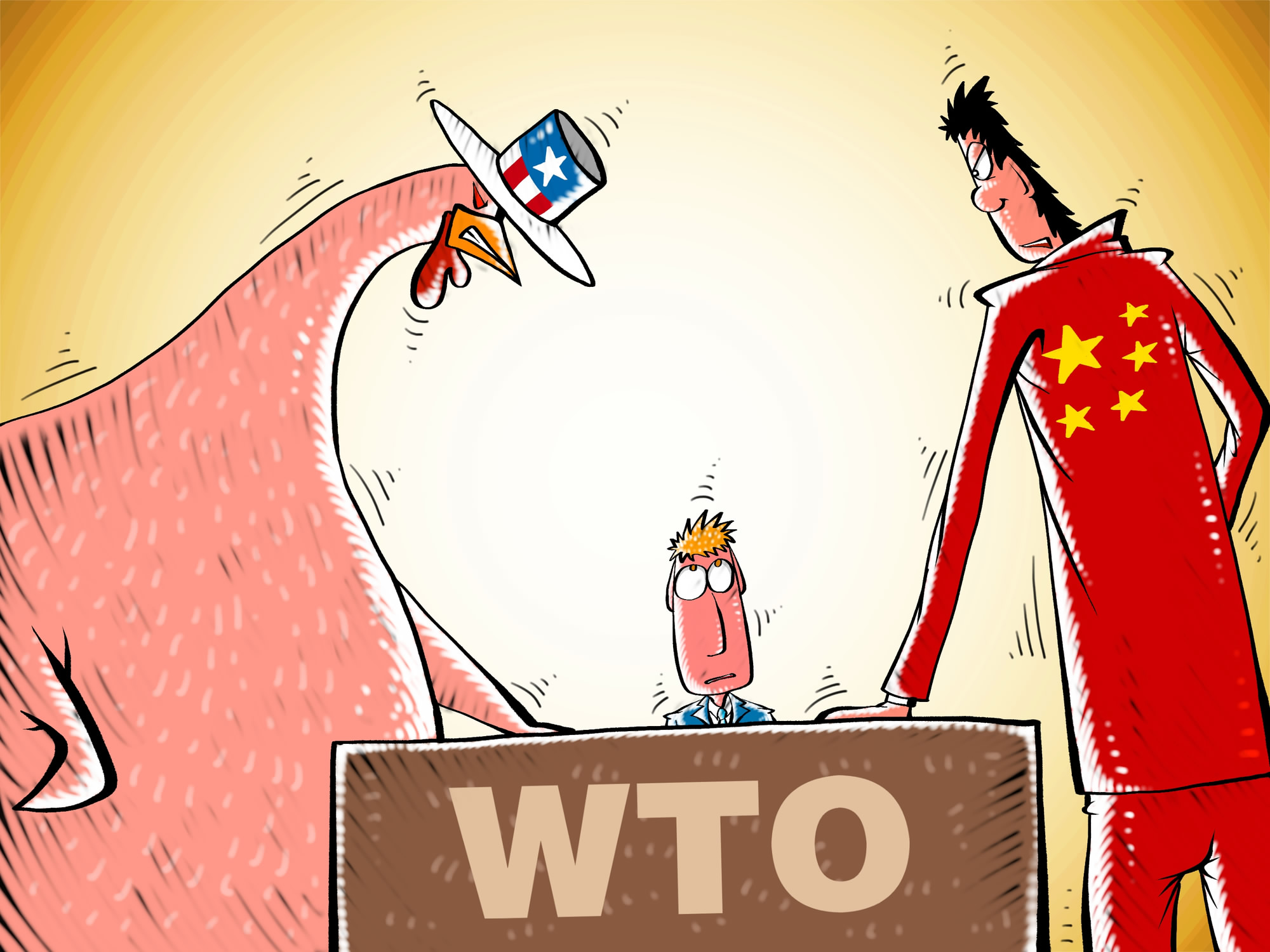 The US launched a WTO dispute resolution case (DS427) against China on May 13, 2016. /CFP cartoon
The number of trade remedy cases against China was up nearly 35 percent from last year, while the capital involved in the cases increased by about 70 percent. Steel, ceramic tiles and solar panels are major sectors that have been targeted in the trade disputes.
China's Ministry of Commerce admits that China's fast-growing trade volume puts pressure on other countries.  But it says some countries’ surrogate country approach also contributes to trade frictions.
“They use twisted standards to judge if a Chinese company is dumping. Actually, because of the fierce competition in China's domestic market, product prices are indeed very low. Some countries do not accept this low price, so their judgement on the extent of dumping does not match reality,” said Wang Hejun, chief of China’s Bureau of Trade Remedy Investigation.
Under the surrogate country approach, WTO members use costs of production in a third country, which is called a "surrogate country" to calculate the value of products from countries on its "non-market economy" list. China is included on that list. The practice makes it easy for countries to levy high tariffs in trade disputes. 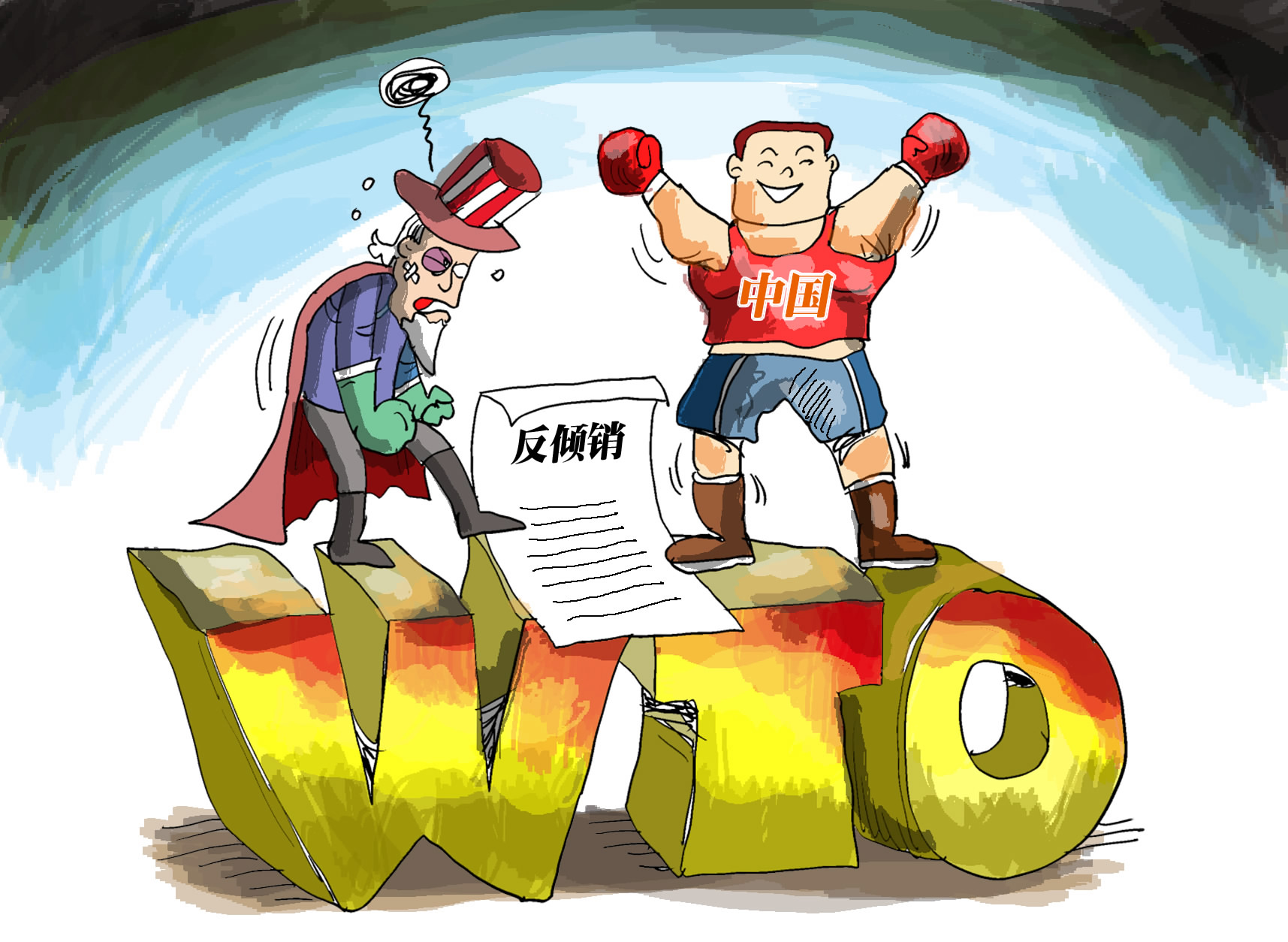 China won an appeal against 13 anti-dumping US measures on October 19, 2016. /CFP Cartoon
China says that according to Article 15 of the accession protocol it signed when it joined the WTO in 2001, the surrogate country approach should have expired on December 11, 2016.
“I think this is very clear, and it's an international obligation that should be unconditionally carried out by WTO members. We will protect our legal right through all means,” said Wang.
China launched dispute settlement procedures at the WTO earlier this month. It wants consultations with the US and the EU to end their surrogate country approach in calculating anti-dumping measures against Chinese exports.
(Reported by CCTV's Wang Hui)
Copyright © 2017