By CGTN’s Martina Fuchs‍
Venezuela’s economy is facing a lot of concern. The unemployment rate reached about 25 percent last year and the economy shrank by 18 percent. A series of protests against the government has also added to the suffering.
Felix Plasencia, the country’s vice-minister for Asia, the Middle East and Oceania, told CGTN however he was still confident about Venezuela’s economy. Behind his optimism is Venezuela’s rich natural resources. 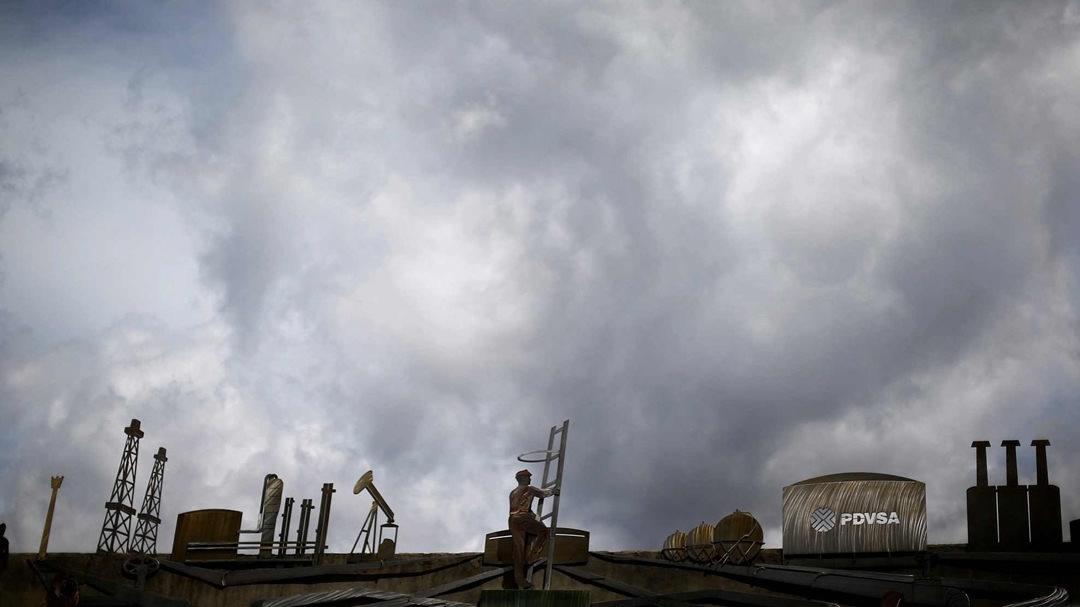 Oil operations outside a building of Venezuela's state oil company PDVSA in Caracas, Venezuela, June 14, 2016. /CFP Photo
“Oil is a blessing. Venezuela is a very rich country, potentially enormously rich in terms of its energy storage. There is a lot of potential and opportunities for business and investment and there is a fantastic future, as oil is part of our future and it will always be there,” said Plasencia.
Venezuela’s role as an international energy hub makes the country very important in terms of international policy. That’s also why Plasencia said Venezuela wants to be a part of the Belt and Road Initiative.
Facing the currently anemic economy, international companies are closing shop or cutting back operations in Venezuela, including Delta, Pepsi and Coca-Cola. But it’s only one side of the story, as Chinese businesses are still a large presence there.
“Chinese companies are not going anywhere because their business is good business. When you have good businesses, you will have loans, debts, and investment. That is the way it is happening in Venezuela,” said Plasencia.
00:00
00:00
undefined
Plasencia also refuted rumors of riots that are reportedly going on, saying that the media failed to tell the entire truth.
“There is some unrest in some upper middle class neighborhoods, the protesters take a main road, take a street, and they take a good picture to send to some irresponsible media. The government is very popular, the president is very much accepted, and that’s why we are moving forward,” said Plasencia.
14414km
Copyright © 2017