By CGTN's Wu Guoxiu
The US Commission on International Religious Freedom recently released its 2017 annual report, which criticized China by saying the country harvested organs from Falun Gong practitioners in 2016. However, Professor Francis L. Delmonico from Harvard Medical School and former president of the Transplantation Society, has praised China's achievements in organ donation and transplants in recent years. ‍
‍Delmonico, one of the initiators of the Declaration of Istanbul Custodian Group, which is against global organ trafficking and transplant tourism, was in China on May 7. He attended a meeting with Huang Jiefu, director of China's Organ Donation and Transplantation Committee, together with experts from the country's top health authority and major hospitals.
Delmonico hailed China's achievements, saying he supports the efforts being carried out by the nation.
"All of those that were in that meeting in Vatican in February, they know we are meeting today," he said. Back in February, the Vatican held a high-level summit in Rome on organ trafficking and transplant tourism.
Delmonico said that some people are predicting that China will fail. They are expecting China not to fulfill State Council regulations to eradicate using organs from executed prisoners, and ensure foreign individuals not to come to China to buy organs.
"They also predict that we're not able to have a transparent, computerized waiting list system being implemented in China, I mean to see them being wrong," he added. 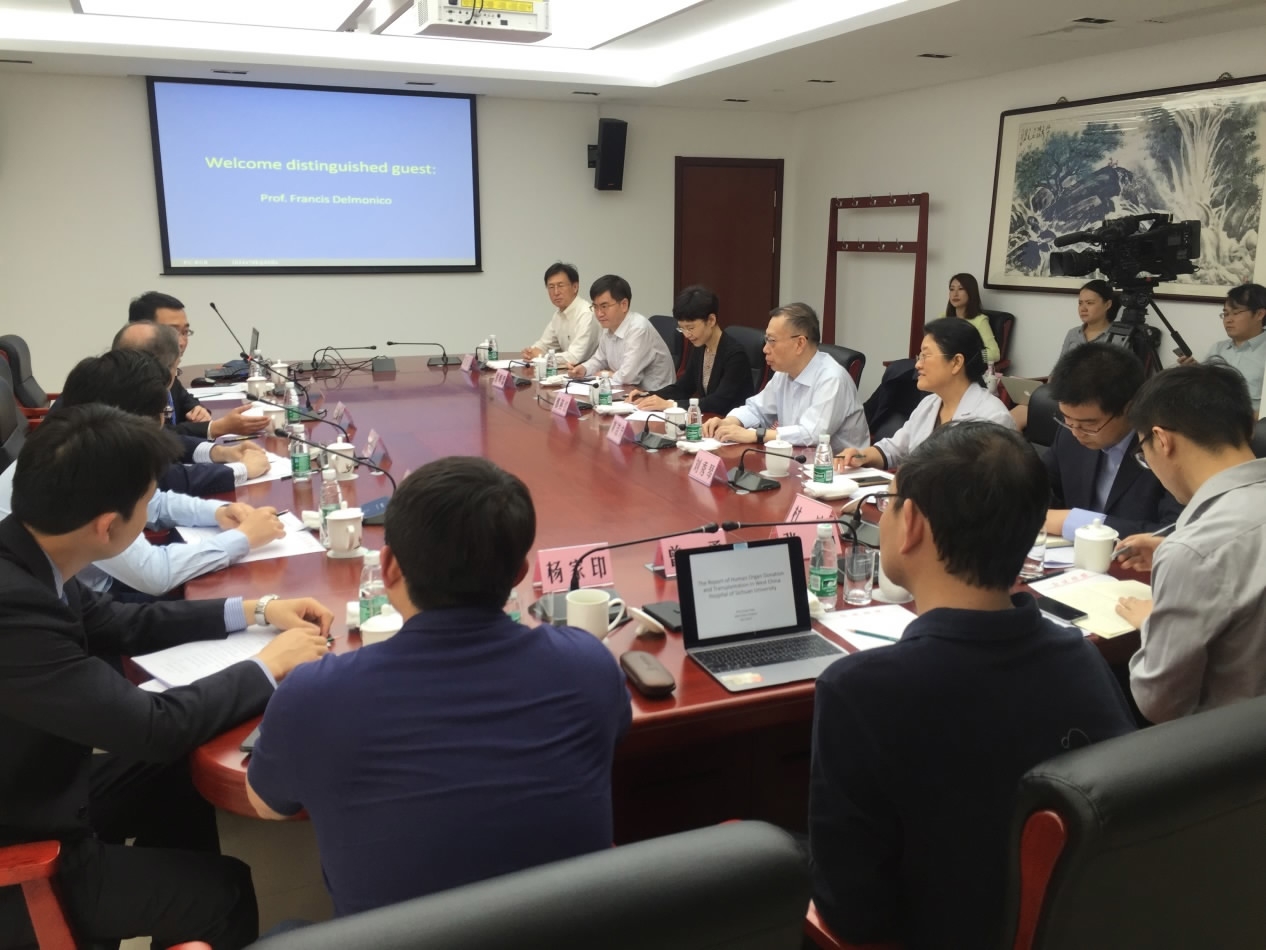 The meeting in Beijing attracts experts from the country's top health authority and major hospitals, May 7, 2017. /CGTN photo
The Vatican's 2017 organ summit was the first time China had been invited to the high-level forum. At the summit, China proposed to set up a task force at the World Health Organization (WHO) to fight global organ trafficking.
As an adviser to the WHO, Delmonico suggested China to come up with a written proposal to realize the task force. He said with the proposal, China can better cooperate with the international community to fight against organ trafficking and organ transplant tourism.
In an earlier visit, Campbell Fraser, an Australian expert on international organ trafficking refuted claims of forced harvesting in China.
He said, "I would like to clearly state that China does not use organs from prisoners of conscience, they are not using organs from Falun Gong practitioners, I’m absolutely convinced of that. The people running those campaigns are activists who have got a political view in contrary to what China is all about. They are there specifically to convince the international community that we should not work with China. I’ve reviewed all of their information, I reviewed their videos, their propaganda materials, I can find absolutely no evidence that what they are saying is true."
China's computerized organ transplant response system has recorded a sharp increase in citizens' donations since 2015, after the government banned the use of organ donations from executed prisoners. 4,080 people in China donated organs last year, a 50 percent increase from 2015.
Director Huang said, "Speed is not the success, we need the system completely in compliance with international ethical and technical standards."
Since 2010, the transplant response system has been automatically allocating organs to people across the country, aiming for the fairest distribution possible. Delmonico says China's work in organ transplant and donation is encouraging, and its data system is unrivaled globally.
1km
Copyright © 2017