China has built the first commercial quantum communication trunk line linking Shanghai Municipality and the eastern city of Hangzhou with uncompromised safety.
The line, named "Shanghai-Hangzhou Quantum Communication Commercial Trunk Line," is 260 kilometers long, with a price tag of nearly 25 million US dollars. It was built with absolute safety in mind.
"The line uses photons to carry information, which cannot be divided. The quantum status of these photons cannot be cloned, either. Thus there is just no way to wiretap the communication through our line," said Qian Xin, Vice President of Hangzhou Shenzhou Quantum Communication Technology Co. Ltd., the company behind the project. 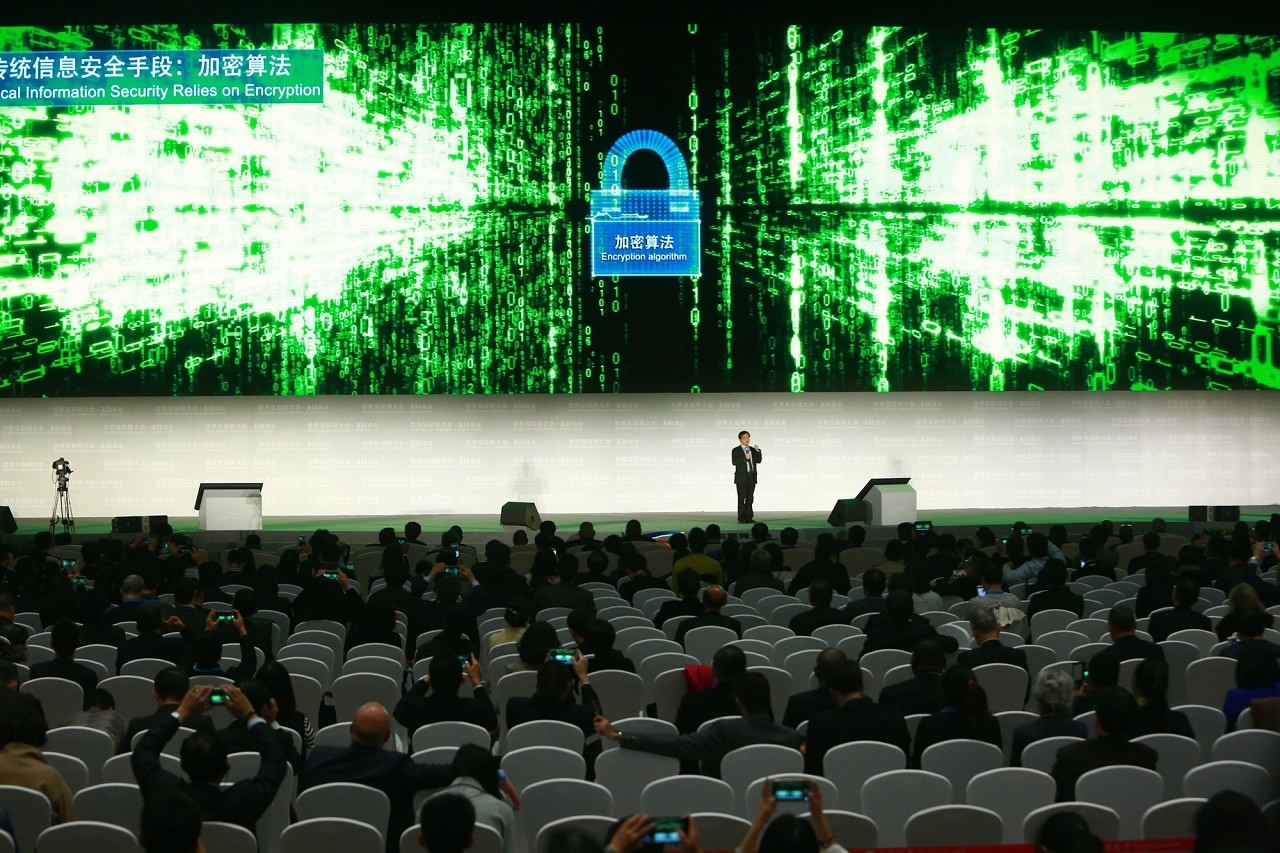 A researcher from the Chinese Academy of Sciences (CAS) explains why quantum communication is safe at the World Internet Conference in eastern China's Wuzhen on November 16, 2016. /CFP Photo‍
Qian also said the operators of the line are trying to connect local government, banks and enterprises to the network.
The line is part of a larger project that links Shanghai directly to Beijing, which will be about 1,200 kilometers in length -- nearly five times longer than the current one.
China's Ministry of Industry and Information Technology praised the construction of the line as the start of the commercial use of quantum communication across the world.
Quantum communication is one of the major goals of China's technological advancement in this and the next decade. China's Minister of Science and Technology Wan Gang reiterated the importance of this cutting-edge technology in a press conference on Saturday.
He announced that the country will launch all 15 of its major science innovation projects, including the manufacturing of advanced quantum computers, this year.
Copyright © 2017