By CGTN’s Martina Fuchs
Switzerland is embarking on a fresh push to further consolidate its financial cooperation with China. On Friday, Swiss Federal Councilor Ueli Maurer, who is also the head of the Federal Department of Finance and on an official visit to Beijing, said the central European country is aiming to step up its exchanges with China in the fields of financial technology (fintech) and banking supervision. 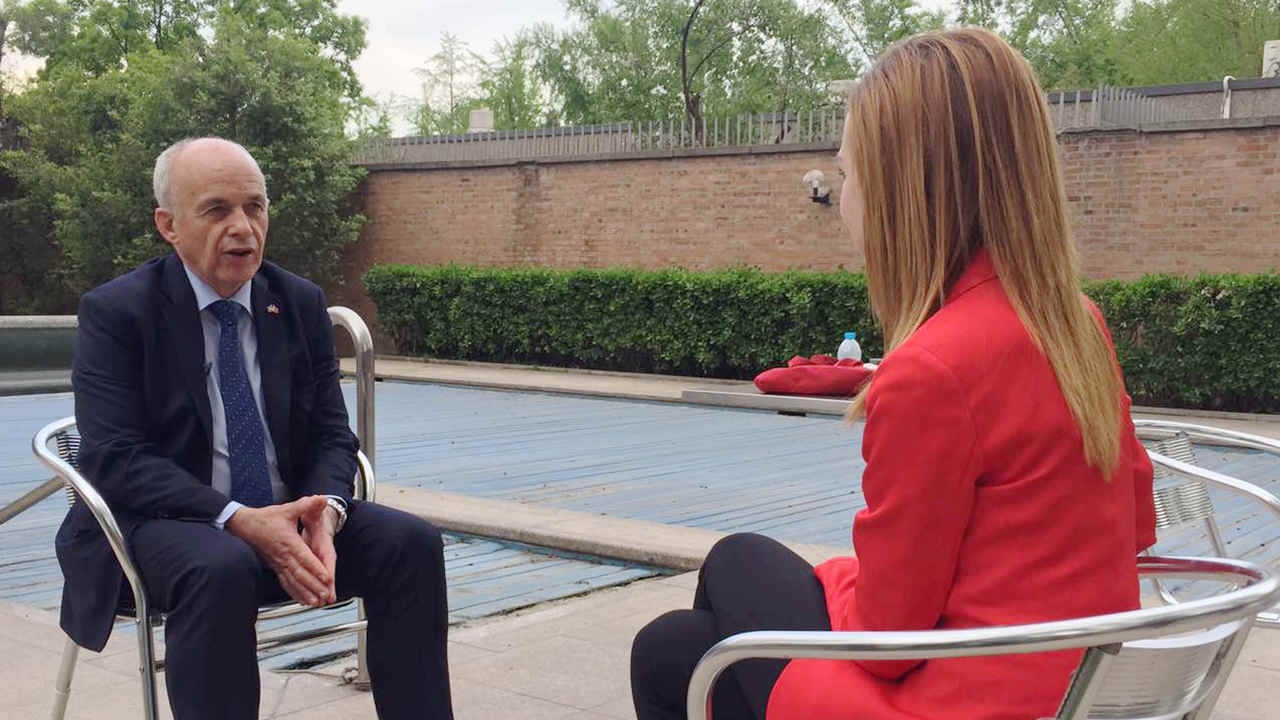 CGTN’s Martina Fuchs speaks to Swiss Federal Councilor Ueli Maurer in Beijing, on April 14, 2017. /CGTN Photo
The small alpine nation and maker of watches and chocolates is vowing to boost its cooperation with the world's No. 2 economy and further cement its role as a top global financial center. That's why one of the seven Swiss federal councilors has come to town, and met with China's top policymakers and regulators this week.
"Over the past three years we have had a regular financial dialogue with China and we will continue this exchange with concrete projects, related to financing and investment, One Belt One Road, and we are interested in cooperation in the areas of fintech and banking supervision, where we would like to work together with China," Maurer said.
Bilateral relations got a further push after Chinese President Xi Jinping visited Switzerland in January, signed several deals in the areas of finance, innovation, and education and tourism, and attended the World Economic Forum in Davos. 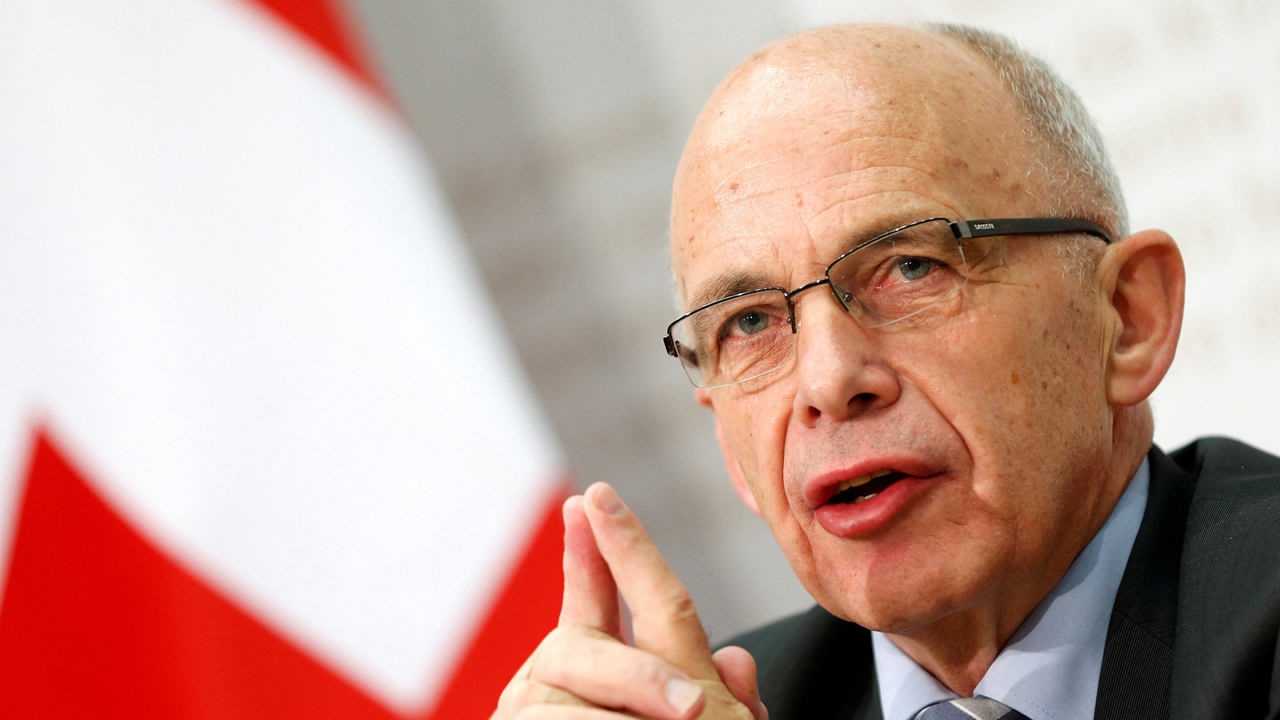 Swiss Federal Councilor Ueli Maurer. /CGTN Photo
Over the past few years, China has been Switzerland's most important trading partner in Asia and the third-largest globally after the EU and the US.
In 2013, Switzerland became the first continental European country to sign a free-trade agreement with Beijing, and in 2016, Switzerland was one of the first countries in Europe to join the Asian Infrastructure Investment Bank (AIIB).
Switzerland has also turned into an offshore trading hub for China's currency, the renminbi, but is fiercely competing with Luxembourg to attract more Chinese banks and other financial players. 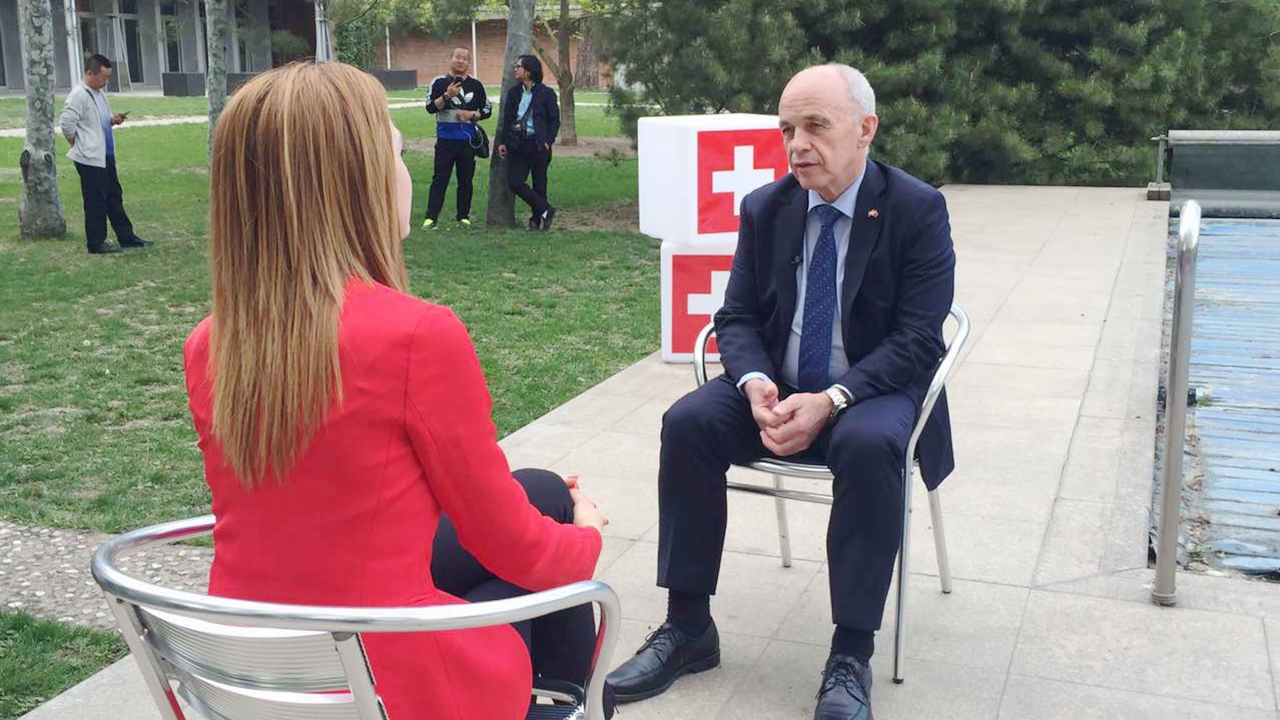 CGTN’s Martina Fuchs speaks to Swiss Federal Councilor Ueli Maurer in Beijing, on April 14, 2017. /CGTN Photo
"The Swiss financial place is much bigger and stronger than the one of Luxembourg. Zurich and Geneva are the second-largest financial centers after London. We are independent and not members of the European Union. This independence, strength and know-how makes us a natural partner for China," Maurer addressed.
With Brexit reshaping Europe's financial landscape, the competition for more Chinese capital and investment is only heating up and the clock is ticking.
3km
Copyright © 2017