Chinese Foreign Minister Wang Yi on Saturday issued a briefing on Chinese President Xi Jinping's state visit to Finland and meeting with US President Donald Trump in Florida from April 4 to 7.
Wang pointed out that the world is undergoing major changes and adjustments unparalleled in the past century, among which the development of domestic and foreign policies of the Trump administration and new circumstances in the European integration process draw the most attention.
Upgrading China-Finland ties to new level
The China-Finland relationship, after going through the test of time and a volatile international environment, has become a model among ties between China and European countries, said Wang.
The foreign minister identified the core achievement of President Xi's first state visit to Finland as the establishment of a future-oriented cooperative partnership, which marked a new phase of bilateral relations between the two countries. 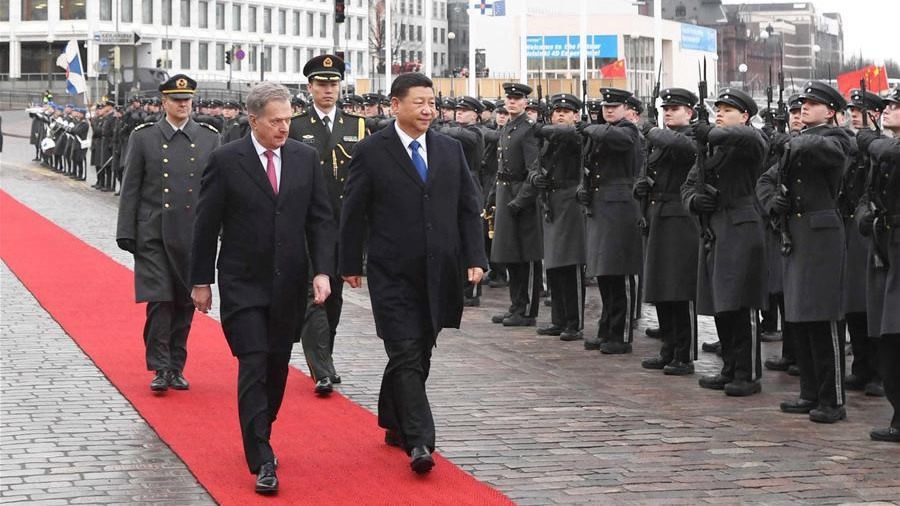 Chinese President Xi Jinping attends a welcoming ceremony held by his Finnish counterpart Sauli Niinisto before their talks in Helsinki, Finland, April 5, 2017. /Xinhua Photo
The visit saw a series of cooperation documents signed in various fields and a new bond of people-to-people exchanges forged, according to Wan‍g. The two countries agreed to enhance cooperation in winter sports in preparation for the 2022 Winter Olympics Games which will be hosted by China, he added.
Wang noted that Xi's visit was regarded in Europe as an indication that communication and cooperation between China and Europe will be increasingly close.
Charting course of China-US ties
Xi's meeting with US President Trump enhanced mutual understanding and trust between the two leaders, Wang said.
The leaders outlined their respective domestic and foreign policy agendas, and the meeting increased mutual understanding and built good working relations, the foreign minister said. 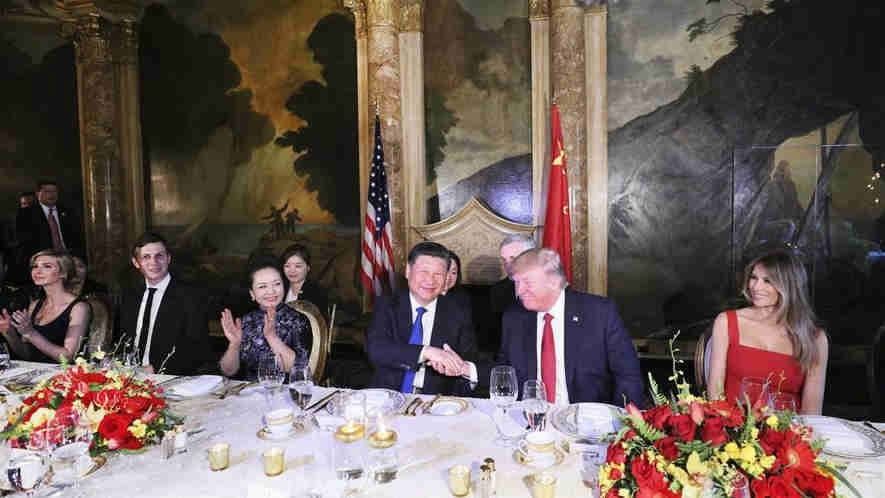 Chinese President Xi Jinping and his wife Peng Liyuan attend a welcome banquet hosted by US President Donald Trump and First Lady Melania Trump in the Mar-a-Lago resort in Florida, the United States on April 6, 2017. /Xinhua Photo
Wang said both sides have launched priority mechanisms of cooperation. China and the United States agreed to facilitate the healthy development of two-way trade and investment, to advance negotiations on bilateral investment agreement and to promote pragmatic cooperation in infrastructure and other areas.
He added that the meeting of the two leaders was of huge significance and high efficiency, saying it achieved the expected goals of enhancing understanding, building mutual trust and gathering consensus.
Both cooperation and divergence co-exist between large countries, Wang noted. In terms of China-US relations, their needs for economic cooperation far outweighs competition, and the economic complementarity outweighs their divergence, he said.
During the talks, Trump accepted Xi's invitation for a state visit to China later this year. The two have agreed to keep close contacts through meetings, phone calls, and letters, according to Wang.
(With inputs from Xinhua)
Copyright © 2017