IKEA has opened up online retailing in over 10 other countries, and has been testing it out in China since September last year in Shanghai, with 9,500 products available on the its own website. Shipments of small items are handled by Amazon Logistics and large furnishing products by a local logistics company. The website crashed on the first day as registration requests flooded the system.

The furniture retailer previously had talks with Tmall, one of China's biggest online retailers operated by Alibaba group, but no official deals have been reached thus far. Whether or not will IKEA open up full-scale shipment in China this time is yet to be seen.

With only 22 stores in China, IKEA finds it hard to keep up with consumer needs. But that is not the only reason for it to turn to e-commerce in China. 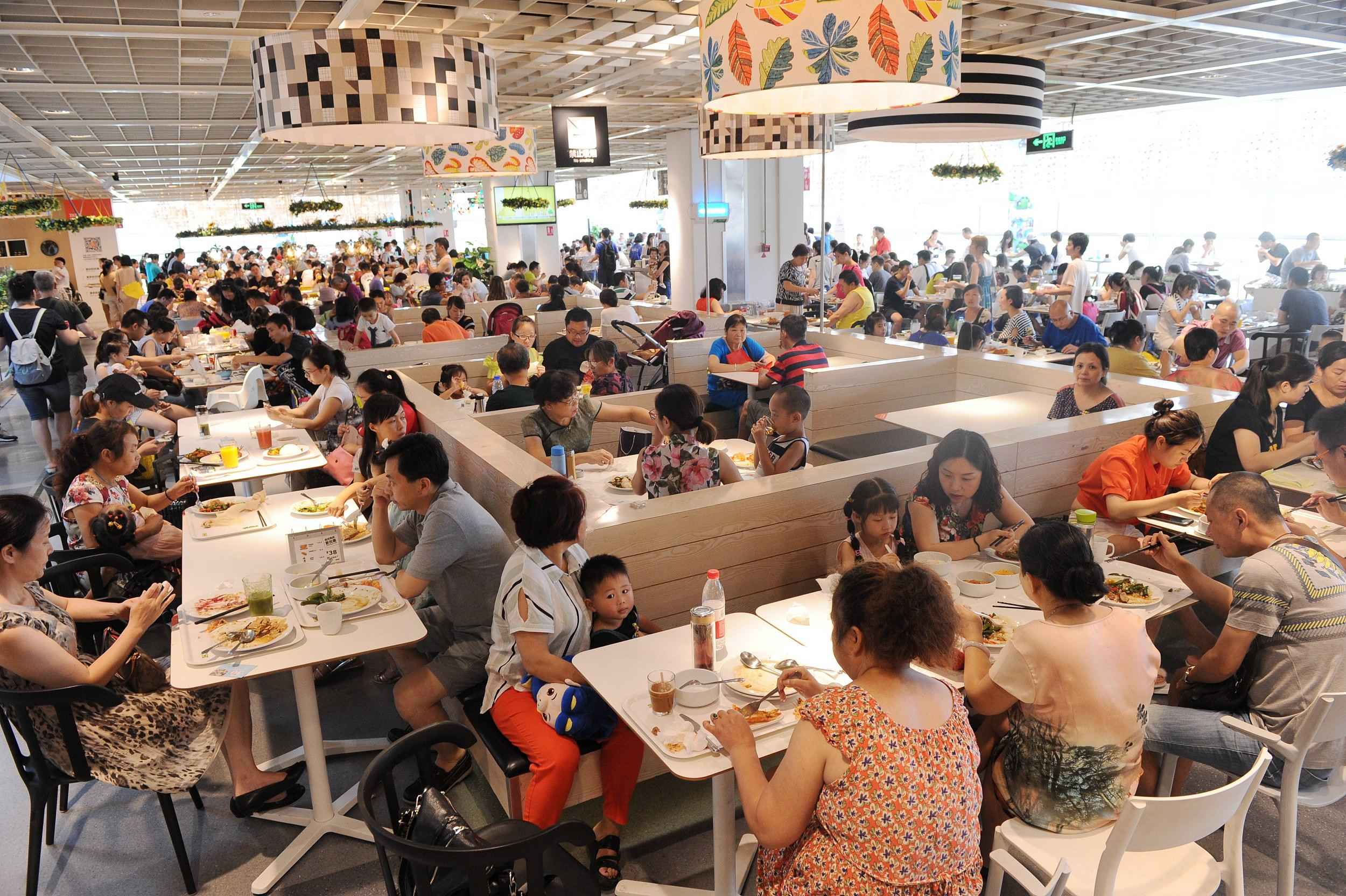 IKEA Restaurant in the furniture retailer's Chengdu location in southwestern China is filled with customers on a non-holiday weekend. /VCG Photo

“Chinese market has its own local characteristics, and IKEA has witnessed the changes of Chinese consumers over the years," Wang Jianguo, analyst in furniture retailing, told Chinese media outlet Sina. "Chinese youngsters born after 1985 and 1990 are becoming the core demographic group in the market, and they prefer shopping online."

Since 1998 when IKEA opened its first location in Shanghai, the Scandinavian company has been encouraging locals to pick up on western do-it-yourself culture. But it has not fit in well with the Chinese market. Hauling and assembling furniture on ones' own was a new concept to Chinese consumers. Even as many have adopted more western lifestyles, the majority of people still prefer to call in professionals to move and build furniture for them. For young people especially, being able to buying things off the Internet and have them sent to their doormats sounds more appealing than becoming a do-it-your-selfer.

"IKEA has not grown strong enough to be able to keep its original strategy. Besides that, IKEA may have seen the changes other international business giants made for the Chinese market,” said Wang.